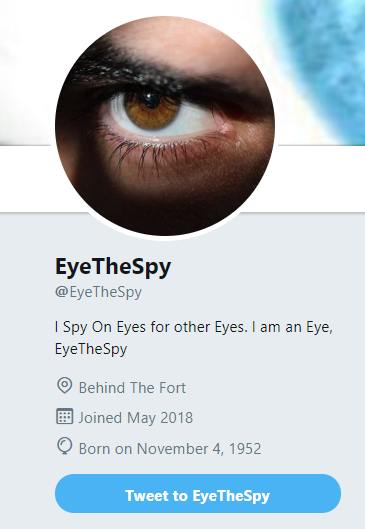 People keep asking what I think of @EyetheSpy (on twitter). So much so, that I thought it worth my time to just write up a quick post and go on the record. So… what do I think of him? Fake. 100% Fake. As a general rule of thumb, anyone claiming to be intel, and who … Read more EyeTheSpy… BackChannel17 All Over Again? #BeCarefulWhoYouFollow