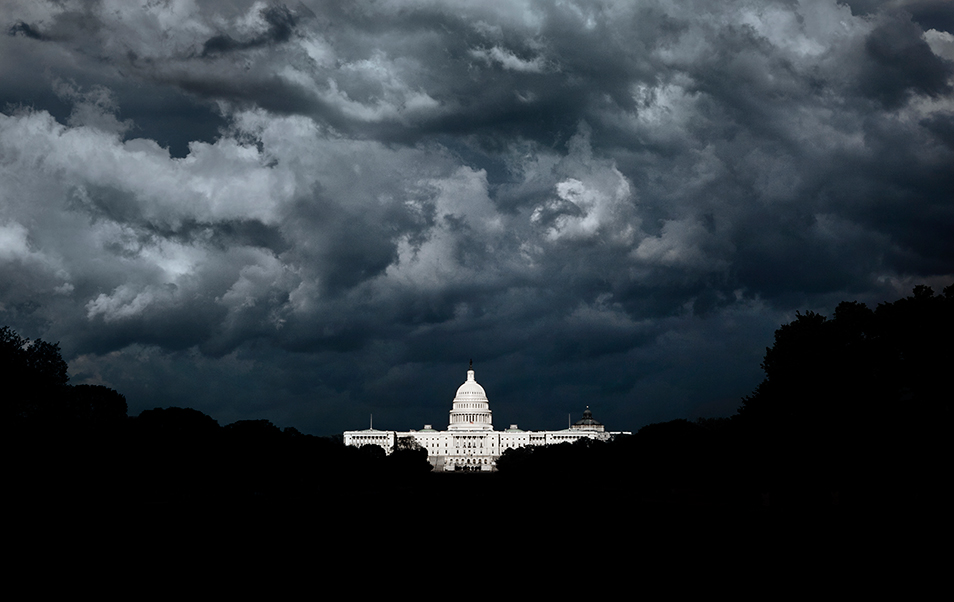 Part three of three. Read parts one and two.

Cowards in Congress, and across the GOP? Is anyone surprised by this? Sadly, I don’t think so. In a strange way, we’ve almost all come to expect the men and women in congress to collapse and fail us, each and every time. The question isn’t so much “will they fail us?” as much as it is “how badly will they fail us?”

In truth, it wasn’t so much Rosenstein everyone was afraid of. No, according to our whistleblower, it was the men behind Rosenstein – a group of men brought together by the sudden, apocalyptic rise of Trump – a group dead set on undermining him – even if it meant waiting for four long years before they could strike.

Rosenstein would go on to shelter Rosati whenever he deemed it necessary. A self-serving power-player in a high-stakes role, with an almost neurotic need to apply “the law” as he saw fit (even as he bent and broke the law himself), Rosenstein actually despised both Hillary Clinton and Donald Trump. White would say that on Rosenstein’s wall was a display highlighting his Whitewater convictions, and while Rosenstein was glad Hillary lost – even as his own wife continued to work for the Clinton Foundation – he certainly saw no future for Trump in DC.

Therefore, he set about to undermining him even if it meant making a deal with the devil:

According to White, after papering over various Seth-Rich-related loose ends, Rosenstein would sign off on illegal FISA warrants, in order to entrap the Trump administration in the entire “Russian Collusion” lie.

This we know, but what we haven’t known up until this point was his motivation.

Why would he do this?

Simply put, because he saw Pence as more deserving of “the throne;” someone whom he could work with, with a more even and pragmatic keel, who would probably overlook his treasonous dalliances in selling intelligence to foreign powers, and who wouldn’t let all that messy, antiquated “America First” ideology get in the way of “progress.”

According to recorded testimony from our whistleblower, Rosenstein, together with Pence’s knowledge and consent, went on to help engineer the entire coup attempt against President Trump – in an attempt to oust Trump, and promote Pence to the Presidency, at which point, Pence would turn around and appoint Rod Rosenstein as VP.

But he almost didn’t.

Former Deputy Attorney General Rod Rosenstein testified Wednesday that he would not have signed a Foreign Intelligence Surveillance Act warrant renewal for former Trump campaign aide Carter Page had he known about the since-revealed misconduct surrounding those warrants — while faulting the FBI for its handling of the documents.

You ever wonder how Rod got away with perjuring himself so blatantly?

It’s because no one in DC had the will to truly go after him.

No one wanted to go after him because so many knew what was really going on. It was all about putting on a show for you at home and waiting out the Trumpocalypse that had befallen their little town called D.C. to pass by. The strategy was first to try and wait Trump out. Put on a show about being his ally, but really, you let the opposition run rampant, do whatever they want, hope they succeed, and go back to your successful little political grift, where all you do is put on a show for the CPAC types, and rake in donations and lobbying industry cash.

Worst case scenario – if he failed, well… Pence was still in place.

I wanted this for Mike Pence. I wanted him to do the right thing. It was why I penned my last article, which many of you read and shared online, which highlighted the Constitutionally-imbued power of the President of the Senate to choose from among competing slates of electors, in order to preserve the Republic as the last line of defense – a firewall against massive fraud and election theft.

Sadly, despite being told by my sources in Washington that Pence himself read this article and initially appeared to agree with it, it seems that Pence has decided to back away right as we come to the precipice; that he will refuse to save this Republic, and has in actuality now planning to betray President Trump at this, the final hour.

I always knew this would be an option for Pence. Should he really desire to betray Trump, all he had to do was keep his cards close to his chest, pretend to be an ally, and then flip at the last possible second in order to run out the clock and prevent Trump from being able to respond at all.

This is what’s happening now. This is where we are at – with a man closest to the President, who – according to our whistleblower – secretly agreed to participate in a coup against that very same President, set to determine the fate of that same President, by getting to decide which slates of electors get counted in this, the most fraudulent election to ever take place in the history of this country.

And this is why I must now write the most fateful sentence I have ever dared to write; the kind of sentence I had always hoped to avoid, but in the face of the evidence I now see, and the situation in which we find ourselves, I must write it all the same.

I hereby call for the immediate arrest of Michael Richard Pence, 48th Vice President of the United States, for Treason.

Patriots – you are all in DC today for a reason.

(And maybe now this all helps explain why Pence got an envelope, too).