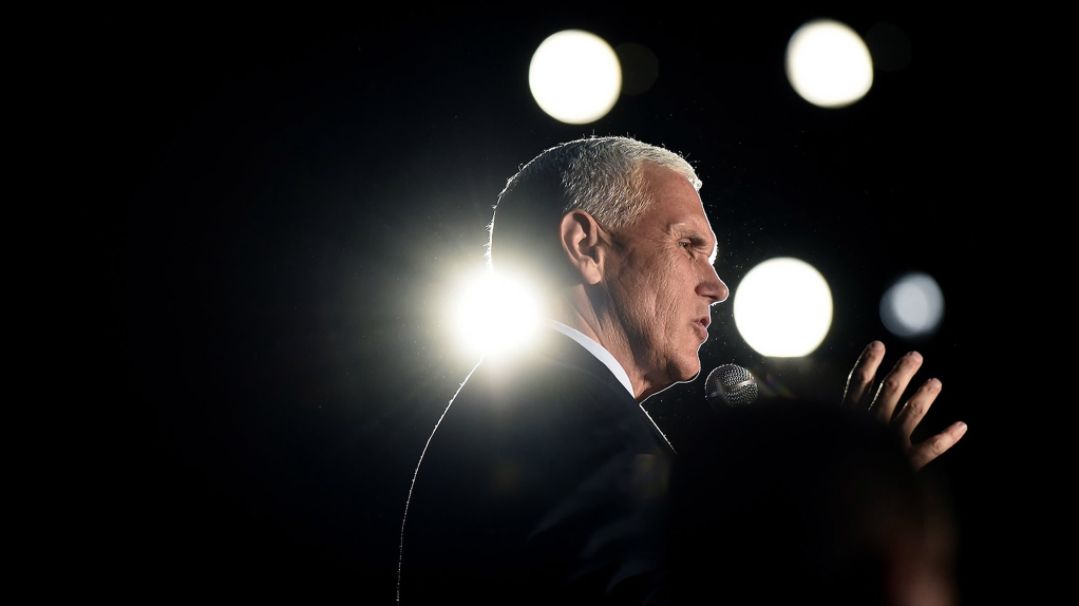 I haven’t known how to write about anything in long-form, for a very long while now.

This season has been the hardest span of time in recent memory. I know I’m not alone in that sentiment, but it’s been exceedingly difficult for me to make heads or tails of anything substantial for a while now, beyond following the minutia and day-to-day happenings on Gab. The 40,000 foot view has been nearly impossible to discern through the fog of war, and with so much silence from those we depend on, it’s often felt like we’ve been flying blind for some time now.

Needless to say, it’s been very easy to get caught up in the mental maelstrom of this past year. The ever-present temptation to overdose on Blackpills, which have “magically” made themselves both abundant and free over the past few months, is ever present. And it’s no exaggeration that this “dark winter” has worn itself very bitter and heavy around the neck of the nation, attempting to grind down what little resolve it seems to have left at this moment in time, until we all just capitulate and accept the next 100 years of “Progressive” regimes trampling over our lives, our friends, our families, our communities and churches, before blending us up and extruding us out into some semi-human golem, bound to forever serve the will spoken over our lives by our would-be masters.

Slaves. All of us, living as little more than slaves. Exploited for generations to come.

All of us have been robbed in some capacity by this year, and as we prepare ourselves to bid this awful year farewell… the unspoken fear among many of us, the one thing no one wants to say for fear of actually damning us all to such a terrible fate, is that nothing will change for the better in 2021; rather, that things will only continue to get worse, and that we will need to accept this new life, whatever it is, in this reduced and anemic capacity.

January 20th will arrive, as the deliberately-chosen narrative goes, and the entire Trump Administration will be escorted out of office in shame, to be remembered as little more than an aberrant detour in the march of history. Meanwhile, cackling leftists will gleam with pride as they invent new ways to actively punish anyone who dared stand in the way of their agenda, finally embarking upon the revenge fantasies they’ve let fester in the depths of their hearts since their crushing and humiliating defeat in 2016 – seeking to impose suffering upon those they’ve deemed enemies of progress, in the hopes of finally killing off any of the lingering vestiges of that valiant spirit that previously conquered them, determined to leave those who still posses it in some measure in such a weakened and pathetic state that they can never rise up to mount a serious offense against them ever again.

And yet, one phrase keeps ringing in my ears like a klaxon.

If their victory was assured, their propaganda wouldn’t be necessary. 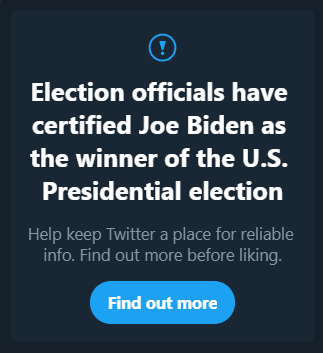 Or perhaps for the GoT fan in the Trump White House:

And yet we see the proclamations every day, often coming directly from the mouth of the bumbling, senile, impotent, treasonous, corrupt-beyond-compare Pedocrat who dares peddle the fiction of the non-existent “office of the President Elect” not only to our own citizenry, but to the entire world!

Every day, he is joined by the constant refrains from the treasonous media apparatus – all repeating the same poisonous sentiment that would plunge us all into generations of ruin, ad infinitum:

ACCEPT THE LIE AND CONCEDE FOR YOU CAN NOT OPPOSE US!

Every day, I see more of my brethren fall into despair. It’s easy to fight when you’re well fed, well armed, and have overwhelming numbers and resources. It’s far harder to fight when you’re being demonized on multiple fronts, when the money’s run out, and you feel you haven’t the strength to go on.

That’s what 2020 has been about. Our enemies plotted to steal, and rob, and destroy everything in order to bring us, and our children, to our knees. To control our future. To demand we bow down before their throne, forgetting that the spirit of Thermopylae still animates some of us; those of us who will never back down, no matter the cost.

It’s been said that Great Men of history are those of exceptional character and ability, somehow made of stronger and better stuff than the rest of us, and who manage to bend the world around them by sheer power of will.

This Neitzschian perspective couldn’t be further from the truth.

The men who change history are the yielded ones, who give themselves over as vessels to the divine δύναμις ενέργεια, the life-creating energy of God, and answer “Here am I. Send me.” These are the ones who are willing to stand out, to look foolish, to make themselves objects of mockery and derision and hate in order to take back territory from Evil, and vanquish it, in order at the end of their lives, when they are judged, they will hear “Well done, good and faithful servant!”

You see, humanity by itself is little more than weakness and brokenness, with history itself often being little more than a compilation of moments akin to Isildur failing to cast the one ring into the fires of Mt. Doom; moments when all our abilities were misused, our virtues tossed out the window; moments the strength of men failed.

And that would be the totality of the story of mankind… Failure. Weakness. Selfish betrayal… But for the advent of one promised child upon the earth, whose birth we all just celebrated a few short days ago, so that we could overcome these flaws and failings, and be more like the One who created us in the first place.

It’s true, God does give men certain capacities and abilities, but more than that, Great Men are forged in critical moments, and by the size and strength of their opponents. It’s why, in the old Bible stories, you often hear talk of “giants” – unholy hybrids who relied on the strength and power supplied to them through their demonic bloodlines – and an otherwise helpless and hapless people – sometimes whittled down to just one man out of all of them who had the courage to obey God and entrust Him with his life – who would eventually vanquish them all.

I want you to understand, you come from a line of Giant Slayers, Mr. Vice President. And it’s not by virtue of any superior quality which you may or may not possess inside yourself.

It’s by virtue of the call on your life, and the One backing you.

For the past four years, President Trump has been the most powerful man on earth.

For one day, on January 6th, you, Vice President Pence, will be the most powerful man on earth.

I do not envy your position, sir. This is not how I ever wanted this moment in history to ever play out, and I would give just about anything to have it go any other way.

But it seems to me that you have a rendezvous with destiny, Mr. Vice President.

On that fateful day, Mr. Vice President, I expect you to rise to the occasion, and I suggest you start by throwing out the entire fraudulent tally from the Chicom-colony of California, and their 55 electoral votes.

And then you can work your way down the line, tossing out every other fraudulent state tally until the liars and thieves are all vanquished and wailing and deposed, and the rightful leader of this nation, who won without fraud or thievery and who wants the best for her citizens, sits for another 4 years.

You have a choice, Mr. Vice President. Either you will rise up with courage and become the hero who saved the Republic, or you will spend the rest of your days reviled in ignominy as your children, and your grandchildren, and their descendants end up as little more than chattel on the global plantation.

I don’t think I’m exaggerating the stakes. Go with God, Mr. Vice President. Fight for the people on that day. Strike the giants, and cut off all their heads. If you can be entrusted with this immense and Constitutional power – to safeguard the Republic on that day when our enemies would snatch it away from us – we, the people, will know beyond a shadow of a doubt that we can trust you in 2024 and beyond.

79 thoughts on “@VP’s Rendezvous with Destiny”