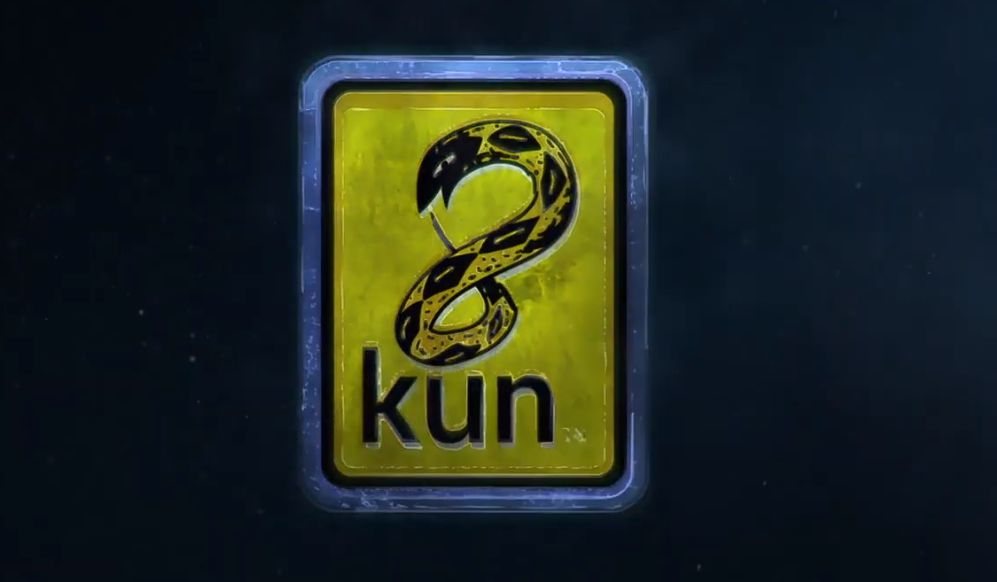 In my previous articles, I’ve detailed the efforts of one Fredrick Brennan, the previous founder and owner of 8chan, to continuously deplatform the newest imageboard owned and operated by the Watkins, named 8kun.

The most recent example of this has been Brennan getting Tucows to lock 8kun’s new domain, after a several-weeks-long messaging campaign: 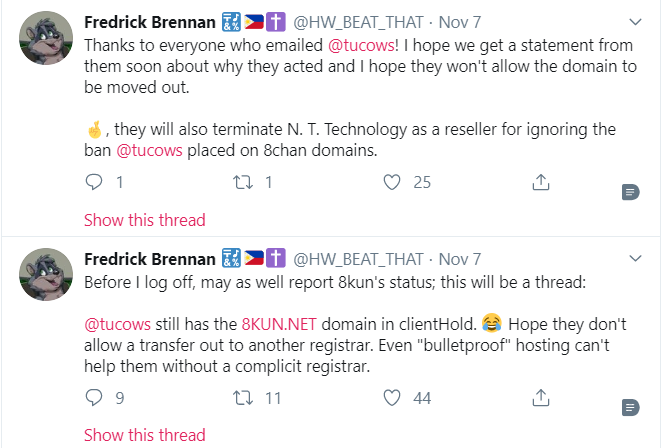 And of course, as you can see, Tucows locked the 8kun.net domain, and is holding it (we assume) until the 12th of November, though it remains to be seen if they’ll allow it to be transferred.

So if you’re wondering why you haven’t been able to access 8kun.net on the clearnet, this is the reason why. Their domain was effectively locked down due to the prolonged deplatforming efforts of Brennan, and the corporate complicity of sites like Tucows.

As such, the Watkins have decided to decisively navigate around this roadblock entirely, and have spun up an alternative domain for 8kun now, meaning 8kun is once again accessible on the clearnet.

The new address of 8kun is 8kun.us

And if you wanted to visit the Qresearch boards, all you’d have to to is click here:

Full posting capabilities are online and operational, if a bit slow at the moment.

Expect any kinks you encounter to be ironed out, soon.

And watch the Qdrop aggregators like Qanon.pub and Qmap.pub. If Q posts again, they should still be able to pull down the content of his drops.

And that’s really it.

I just wanted to let the community know that despite the best efforts of Brennan, he’s been utterly unable to stop 8kun from coming back online. The site is still operational, we’re all still here, and his efforts have amounted to a pile of nothing. All he’s done is waste his time, and potentially get himself in massive legal trouble in the process, considering the recent criminal complaint against him in the Philippines, where libel is a criminal offense.

So will Brennan attempt to deplatform the new, US-based domain?

I’m sure he’ll try. Whether he’s successful or not remains to be seen.

In the meantime, enjoy free, unfettered access to 8kun through the new domain name, and be sure to drop a thank you to Codemonkey and Jim when you get a chance, as they continue to fight censorship in the name of #FreeSpeech!

35 thoughts on “The Battle For #FreeSpeech! 8Kun.us Lives!!”