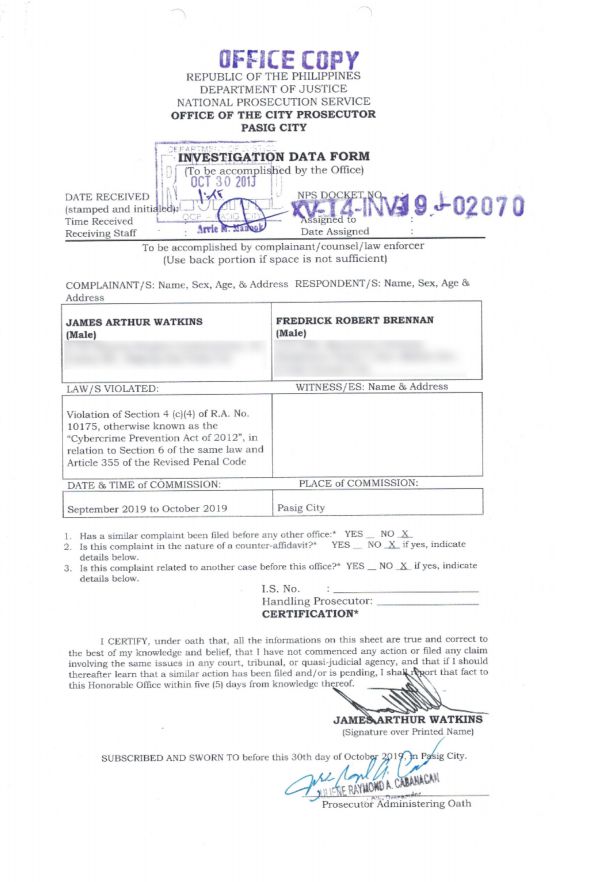 Update 11/07/19: As Fredrick Brennan noted on Twitter, both he and myself mistakenly referred to the document provided below by a number of terms. Brennan is correct when he says that, in fact, the document is a criminal complaint, which is something that may or may not lead to a criminal indictment, and ultimately, a criminal trial. As such, the article has been updated to reflect this.

Well folks, it seems like the Watkins have finally hit back at Fredrick Brennan, after Brennan’s relentless efforts to repeatedly deplatform their new websites across multiple vendors have come to a head.

For earlier today, the Watkins served Brennan with a subpoena earlier, and Brennan almost immediately took to Twitter to talk about it: 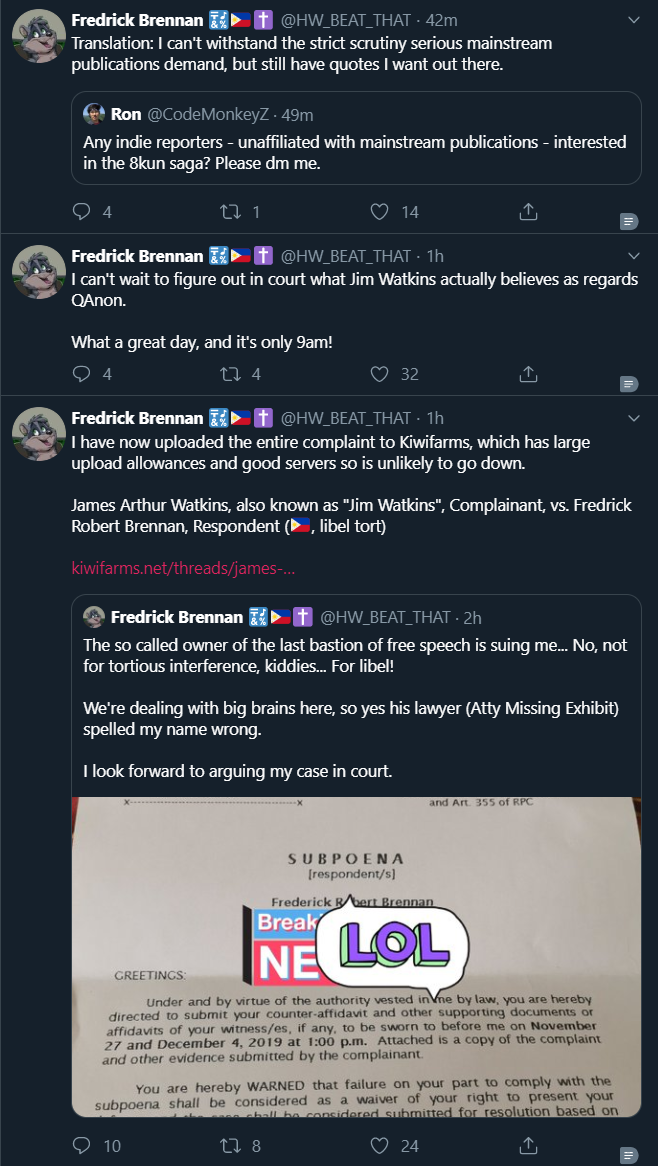 He then took to Kiwifarms to upload a copy of the lawsuit, where the users of the forum immediately began calling it the “#lolsuit.” 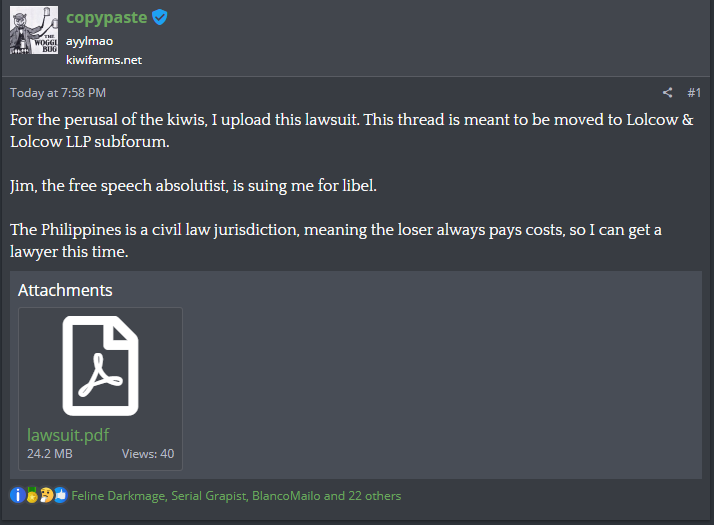 But for whatever reason, Brennan left out a number of items in the complaint itself (one can speculate as to why certain items were missing from Brennan’s upload, since he was given the full complaint).

Brennan also mistakenly referred to the complaint as a “civil” lawsuit.

It is not a civil complaint.

It is a criminal complaint, which, if the court agrees with, can will lead to a criminal indictment, then a criminal case, with actual jail time attached, if proven guilty.

To be clear, this is a criminal libel complaint, and if it gets turned into a criminal indictment, the Watkins have to prove “actual malice.”

Given Brennan’s abundant tweeting history (and the number of items attached to the complaint itself), one has to wonder how difficult actual malice will be to prove, especially given items like this: 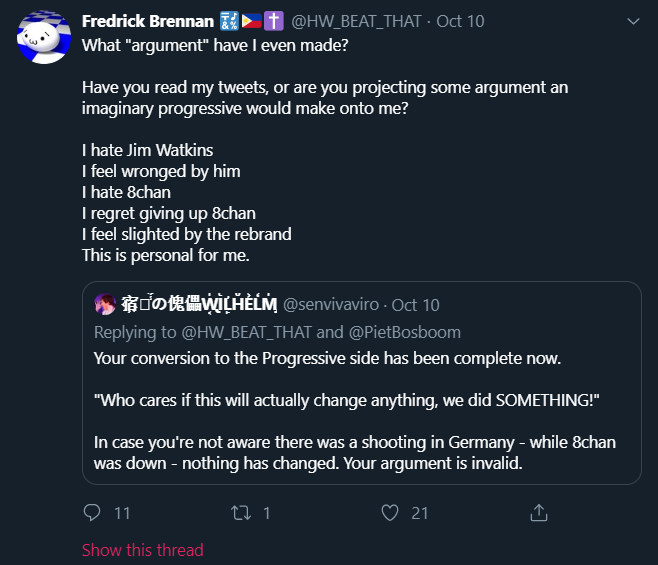 And in the breaking exclusive of this article, I have obtained a redacted copy of the full criminal complaint Fredrick Brennan now faces, so you can see for yourself the pieces that were previously omitted, for whatever reason, by Brennan:


Should the Watkins prove their case in a court of law, Brennan will be facing serious jail time – because in the Philippines  – unlike in the United States – libel is a criminal offense.

And of course, one has to wonder about what consequences may face any who aided and abetted him in his efforts against the Watkins.

At any rate, it’s clear that the Watkins are now going on the offensive, and are willing to pursue legal action when and where they see fit.