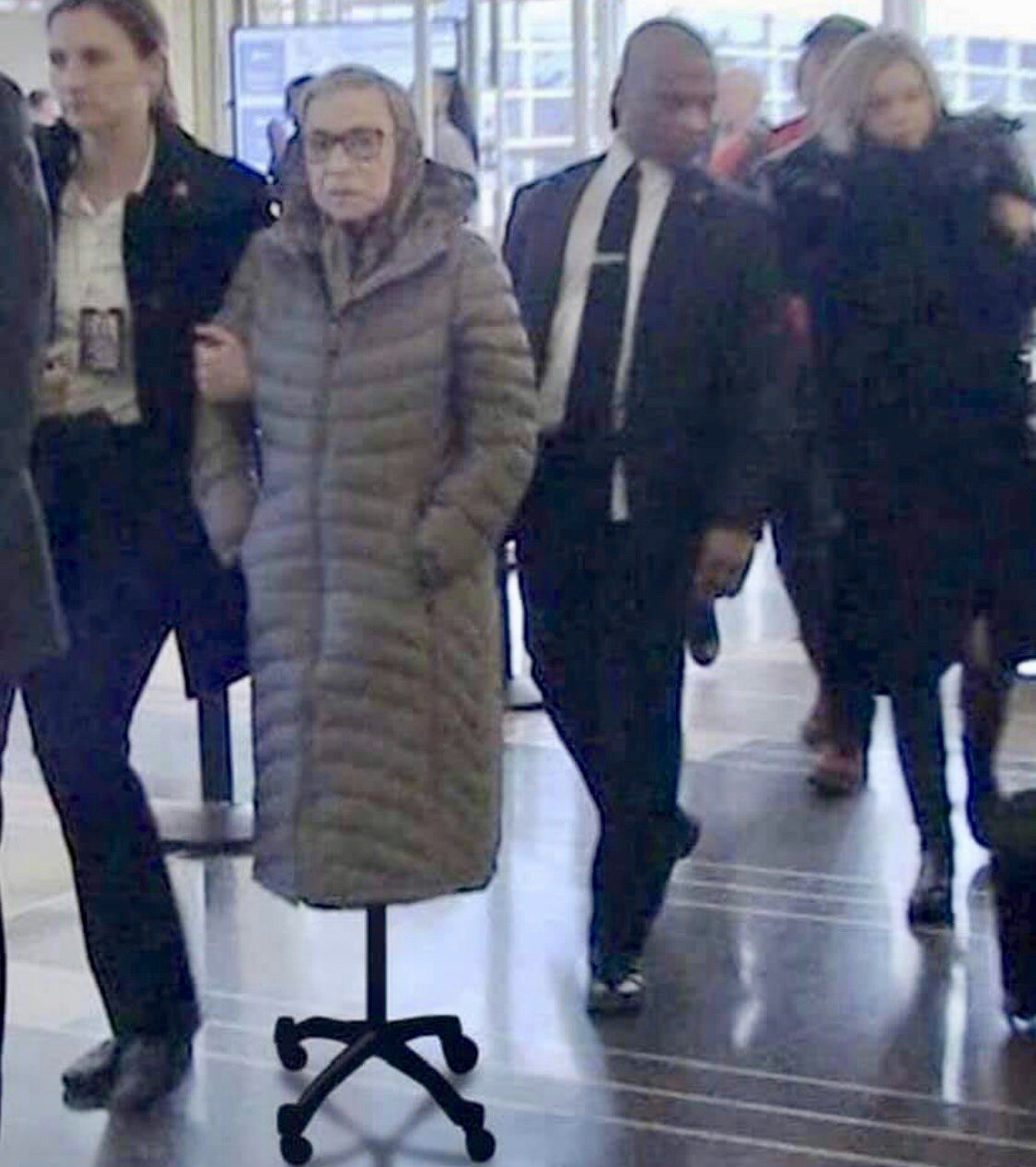 UPDATE: This article is getting a TON of attention – especially from Twitter users, who are still shocked to find out that may account is still suspended by Twitter. (Thank you all for sharing, by the way. Much appreciated!)

That’s (probably) not going to change, considering I called out @Jack to his face about his sockpuppet accounts ages ago, and was getting a ton of attention via that vector (at a time when, frankly, there really wasn’t anyone else publishing Q-related content).

They thought they had crippled me by locking my account in such a manner.

What they didn’t anticipate was me moving everything over to Gab (where I had already had an account) – and convincing over 18,000 Patriots to come along with me – essentially erecting an entirely new network of influence that was ENTIRELY outside their control.

We now have a thriving #QAnon community over on Gab, so I encourage you to check us out over there – especially the /g/GreatAwakening group that’s just popping every single minute of the day.

Gab has become so important now, that you’ll recall they actually tried to take us out with the Robert Bowers/Tree of Life #FalseFlag shooting. All that bloodshed just to justify deplatforming Gab and stopping us!

Well they FAILED and we are THRIVING!

And I’m not saying leave Twitter. But you should be checking out both (in fact, the Gab browser extension can help out with simulposting across both platforms, allowing you to post to both Gab and Twitter at the same time, at the click of a button!)

I encourage you to come check us out over on Gab today if you’ve never made the leap before. You’ll find links to my profile and the Great Awakening group in the menu bar above!

Okay – back to your regularly scheduled article!

So, I have a larger article I’ve been working on, but this is BREAKING and potentially HUGE, so I wanted to write a “mini” article on a something I unearthed today, completely by accident.

This mini-article will concern exactly ONE #QAnon drop from early this morning, but I think you’ll agreee… this is huge! 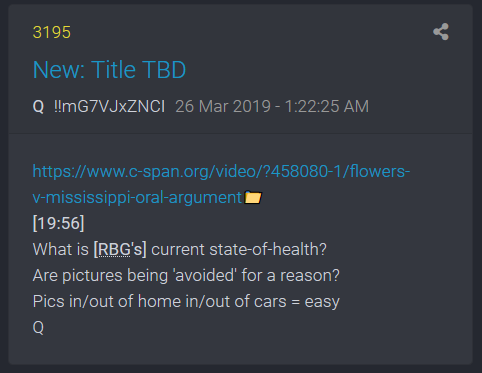 So Q gives us a link to the Supreme Court’s oral argument from 3/20/19, and directs us to listen to #RBG’s questions at the time listed above.

The U.S. Supreme Court hears the oral argument in Flowers v. Mississippi, a case on racial bias in jury selection.

I listened last night as was immediately discouraged because, frankly, I’m hoping RBG kicks the bucket soon. She has had some recent health scares, as I’m sure you’re all aware, but here, she sounded cogent, coherent, and quite vocal.

And unlike some who thought this was the result of a “voice double,” this sounded exactly like RBG to me. Here’s an interview clip for reference:

So yeah, that’s her on the Supreme Court clip, as far as I know. (And if it’s not, it’s a heckuva voice actress, because she’s a dead-ringer for RBG).

But something was bothering me about this clip, and I wasn’t sure what it was exactly, so I returned to it early this afternoon…

I had it playing in a tab on my browser when I clicked ahead, and suddenly heard what I thought was a repeat of audio I had just heard.

“Huh, that’s weird…” I thought to myself.

I clicked back and listened again.

There was that voice again.

Listen for yourself. Start at ~21:25 and wait for Kagan to come in and say:

I had to see what was going on, so I went to the Supreme Court’s site, and pulled the MP3 of the arguments from there:

I then isolated the audio clips, one after the other:

You’ll hear Kagan interrupt in the first clip, some silence in between, and then Kagan speaking again.

(And for the record, yes, this is a lossy MP3. I was working with a WAV file on my own computer, which you can gab here, if you want to repeat this analysis manually, yourself:  https://files.catbox.moe/qusr5h.wav)

One of my readers on Gab, @jhomes55 did me a favor of aligning the two clips on top of each other, so you can hear it even better:

Well, the only way to be 100% sure is to look at the spectral graph of the waveforms.

Here’s from the “interruption” clip:

And here’s from the Kagan solo clip:

The similarities are astounding. But to be sure, I had to overlay the two clips:

See that “spiral” on the right?

Yeah, this is the same clip.

Someone is EDITING the oral arguments heard at SCOTUS in a way we’ve never been publicly aware of, before.

The waveforms PROVE that beyond a shadow of a doubt, and anyone who tells you otherwise is selling you a bill of goods.

Why did they do this? I don’t know.

But it’s astounding to consider what they’re hiding. Cameras aren’t allowed in the Supreme Court right now, but whatever deception they’re pulling over there needs to be exposed. If there’s a Justice sitting on the court who can’t function due to failing health, and they’re going to such lengths to cover it up, that Justice needs to step down immediately!

Because now we have hard, numbers-based evidence that they’re hiding something, pulled directly from SCOTUS’ own website. And the only way to hold the highest court in the land accountable is by making the public aware of what exactly is going on!