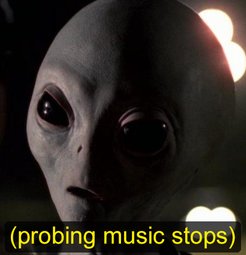 If you’re back and reading this, I’m assuming yesterday’s #QAnon posts about the Ayylmao’s didn’t scare you away (and neither did my meme-laden analysis). 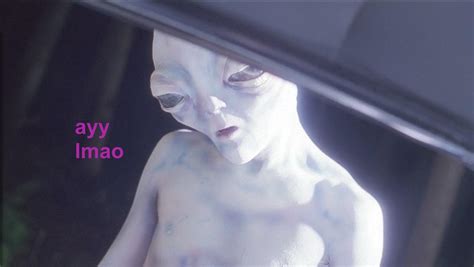 That said, I’m… really disappointed with this next batch of drops. Possibly the most disappointed I’ve ever been. I’m just not seeing anything tremendous in these, and I’ve never said this in an article before, but I wouldn’t mind if you just skipped this article.  (I know! I know!) I express my frustration at more than one turn, and it’s not pretty.

Some people don’t like that. They think I’m getting pissy, and complain that it’s not my job and Q knows better, and yadda yadda yadda, cue the boring, trite, dead-horse boomer-logic.

I’m also not some QAnon cheerleader, endlessly trying to think up new cheer patterns in preparation for the “big game.” Frankly, I think these drops suck, and they really don’t say much at all. In fact, for the first time, they give me MORE reason to doubt Q, after last night.

So, literally for no other reason than completeness, here’s the most underwhelming #NewQ post I’ve ever written:

And as I’m writing this, Fox “broke” this:

But with the committee unable to secure a commitment to appear from Nellie Ohr or Baker, a Republican House Judiciary Committee aide indicated subpoenas are an option.

“The Committee continues to seek the testimony of Ohr and Baker and will compel their testimony if necessary,” the aide said.

James Baker, as former FBI general counsel, also is a focus of the Republican investigation into alleged FISA abuse, and congressional sources believe Baker can explain why information about Steele’s bias, among other issues, was withheld from the national security court.

Baker, who has been teaching at Harvard Law School, has not responded to a request for comment. Lawyers for Fusion GPS said they are not representing Nellie Ohr. A message left at a number connected to an Ohr home address was not immediately returned.

The headline is more sensationalist than the actual story. I’d be willing to bet they’ll need to compel Ohr’s testimony, but not Baker’s, given everything Q has said. 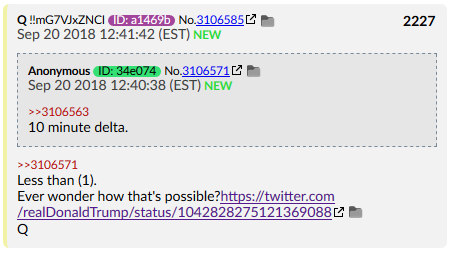 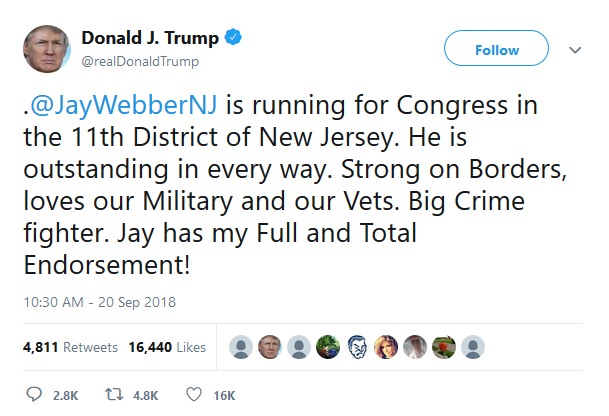 NJ is a particularly vile swamp.

Not sure even Trump can help Jay out in that state, frankly. 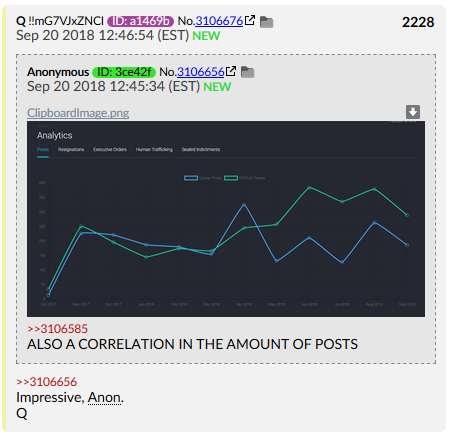 #Anon took a screenshot of Qmap.pub.

He didn’t compose some chart himself.

He took a screenshot.

Unless this anon programmed Qmap.pub… taking a screenshot isn’t some major feat.

Frankly, it concerns me that you’re treating it like one.

Here’s a direct link to the analytics page so you can see for yourself: 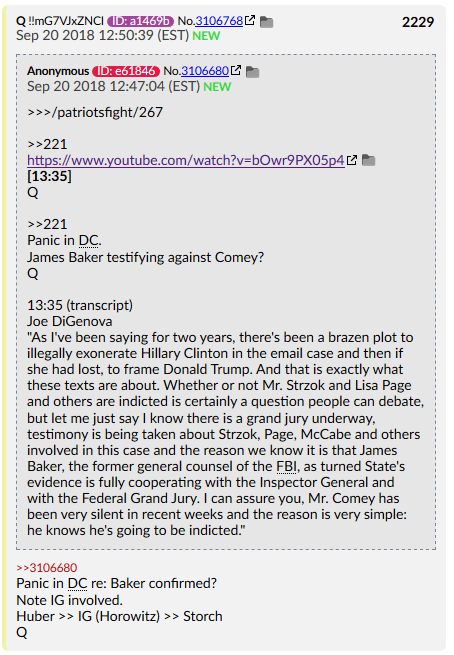 Q has been trying to show us the Storch-connection for a few days, but I still don’t understand what he has to do with any of this.

He’s the IG for the NSA…

And Baker was FBI General Counsel….

So how does this work?!? Where does Storch fit in, here?

Sure, it’s great Baker’s flipped and is going to testify against Comey and McCabe and all those rats…

I just don’t see the organizational connection. And like I said yesterday, when I see anything to do with “organizational hierarchies,” I just glaze over – especially the particularly convoluted ones coming out of DC. I just… could not be any less interested.

But this still just doesn’t make sense to me. I’m sure the answer lies buried in some obscure, thousand-page long governmental PDF, but it would be nice if Q could just speak plainly on this matter.

(FWIW, I’ve not seen anyone able to address this either, across any platform – so I know I’m not alone in my confusion here). 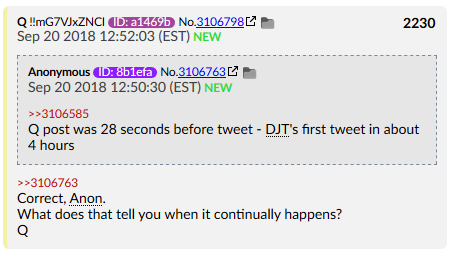 It tells me that you’re harping too much on this point, Q.

You can’t just tease us with Ayylmaos and then go back to saying “Hey, me and POTUS – we’re tweeting in the same room again cause we’re best buds!” 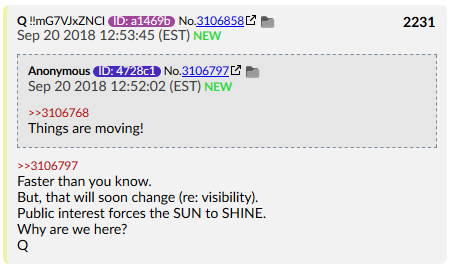 To remind us that you’re tweeting in the same room YET AGAIN, apparently.

Normies will literally shrug every single one of those bloody [0] delta tweets away, then blink and go “it’s just a coincidence, bro,” before downing another round of shots.

It’s gonna take A LOT more than endless jpgs of simultweets to break that kind of conditioning. 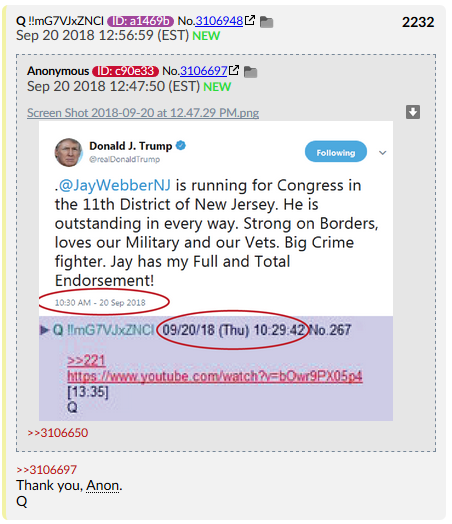 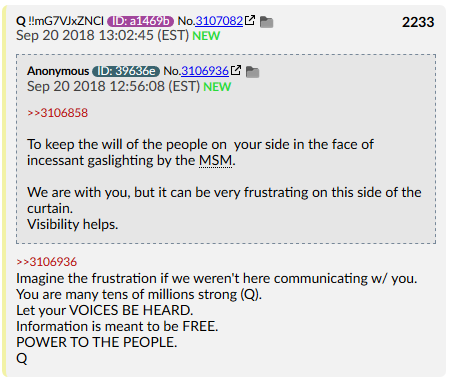 Remember, you’re not disclosing everything, by your own admission, Q. 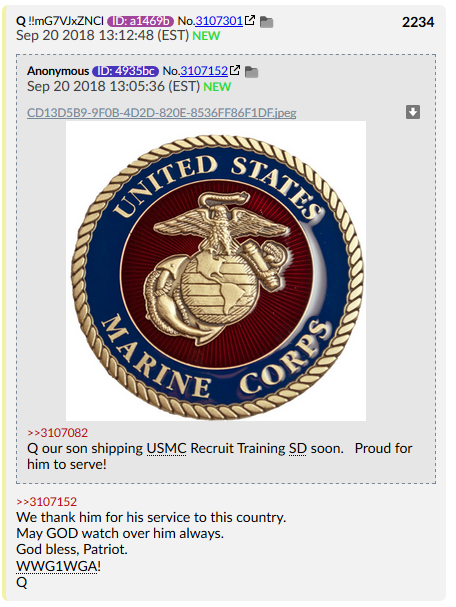 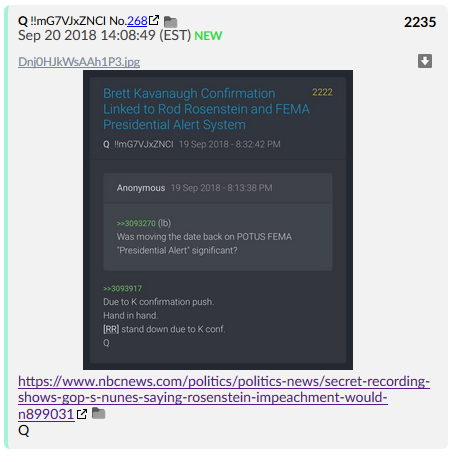 With all due respect, Q…

THIS HAS NOTHING TO DO WITH THE QUESTION BEING ASKED!!

The question being asked was…

WTF does the FEMA alert have to do with Kavanaugh?!

Not Rosenstein and Kavanaugh.

Hard-line conservative Republicans in the House recently hit a roadblock in their effort to impeach Deputy Attorney General Rod Rosenstein when Speaker Paul Ryan opposed the move. But one of those conservatives, Rep. Devin Nunes of California, gave a different explanation to donors recently when asked why the impeachment effort had stalled.

I get why you couldn’t have Rosenstein removed and Kavanaugh confirmed all at once.

I don’t get why you can’t just send 200-odd characters to people’s phones.

Are you planning on firing Rosenstein via nationwide FEMA Alert?!? 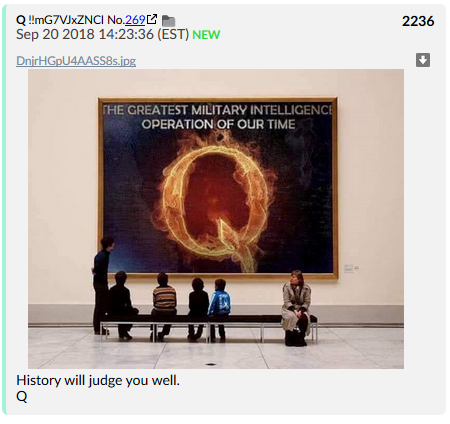 The FBI had concerns with the intelligence community’s (IC) January 2017 assessment that the Kremlin interfered in the presidential election with the specific intent of electing President Trump over Hillary Clinton. In newly obtained emails, bureau officials noted there was not enough intelligence to support the January 2017 findings by the CIA which concluded Vladimir…

Honestly, don’t even bother reading it unless you want to be bored and have your time completely wasted. There’s nothing in there you don’t already know if you’ve been paying attention, and plus, I’m just gonna say it: she’s a terrible writer.

She makes the scoops of the century read like a #^%$&$ing technical manual for a ZX Spectrum.

You have to TRY to be that stale, that boring, and that unreadable.

I get mad just thinking about these stories get absolutely squandered and subsequently memoryholed on that website. And yes, my style is a bit more hyperbolic, and no, I’m not saying I personally would do a better job, but COME OOOOOOON.

I’m halfway through these drops and I just want to go to sleep already – not out of tiredness, but out of sheer boredom.

Trump had a rally in Vegas.

Full rally, in case you missed it:

Q wanted us to keep an eye on this guy: 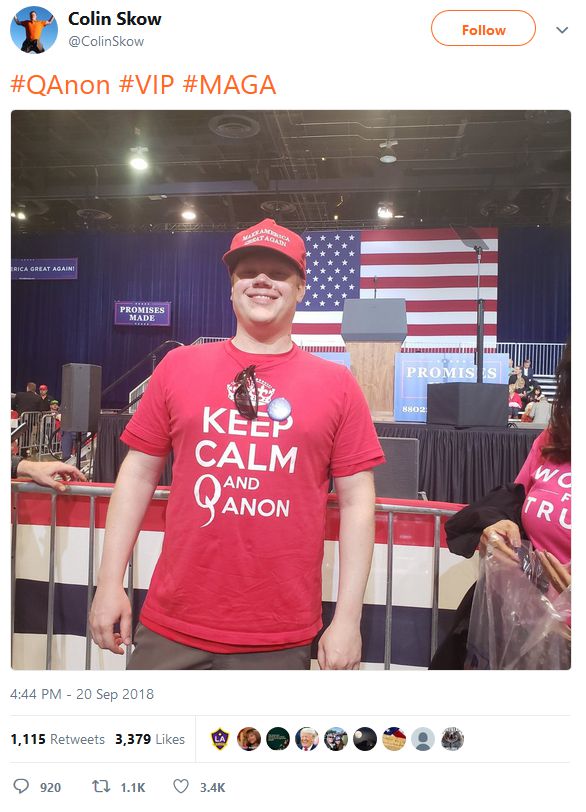 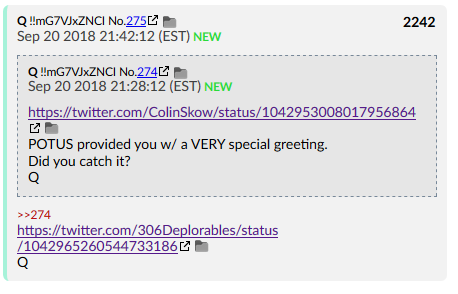 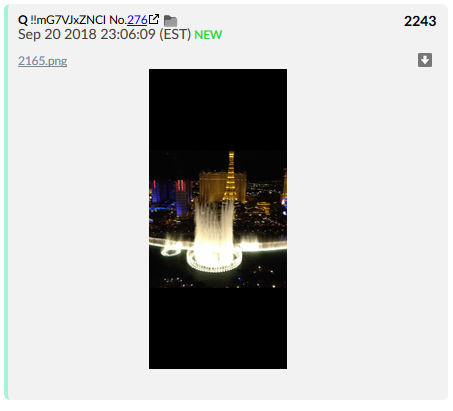 The photo looks like it was taken from the Bellagio, but you’ve got water… and you’ve got it in front of the Eiffel Tower… 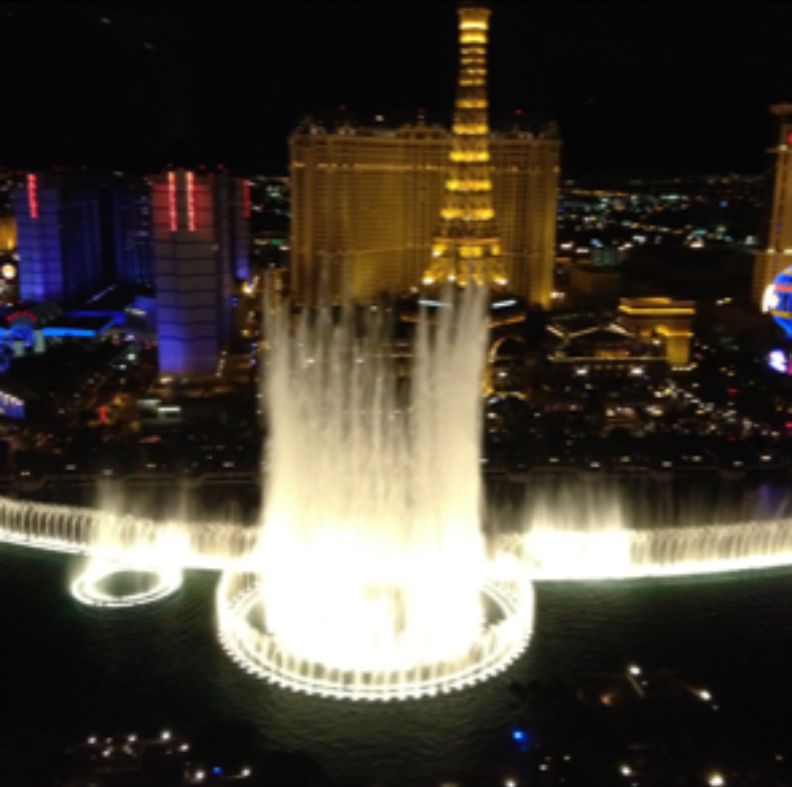 Maybe a “warning” about “The Storm” landing in France?

Possibly a message to the Payseurs? 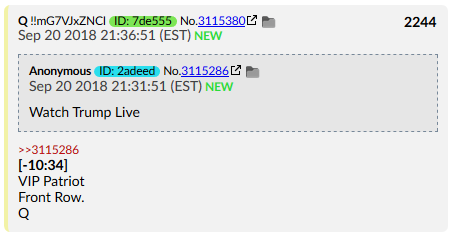 But I think Q’s got the wrong timestamp. There’s no front-row footage at that time that I saw. 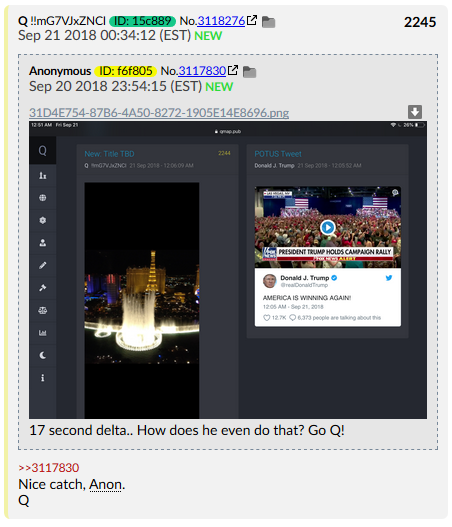 Wait, Q. I thought you had to deal with lag and such.

How is it that you’re able to perfectly time your posts sometimes, and other times have to blame it on lag? 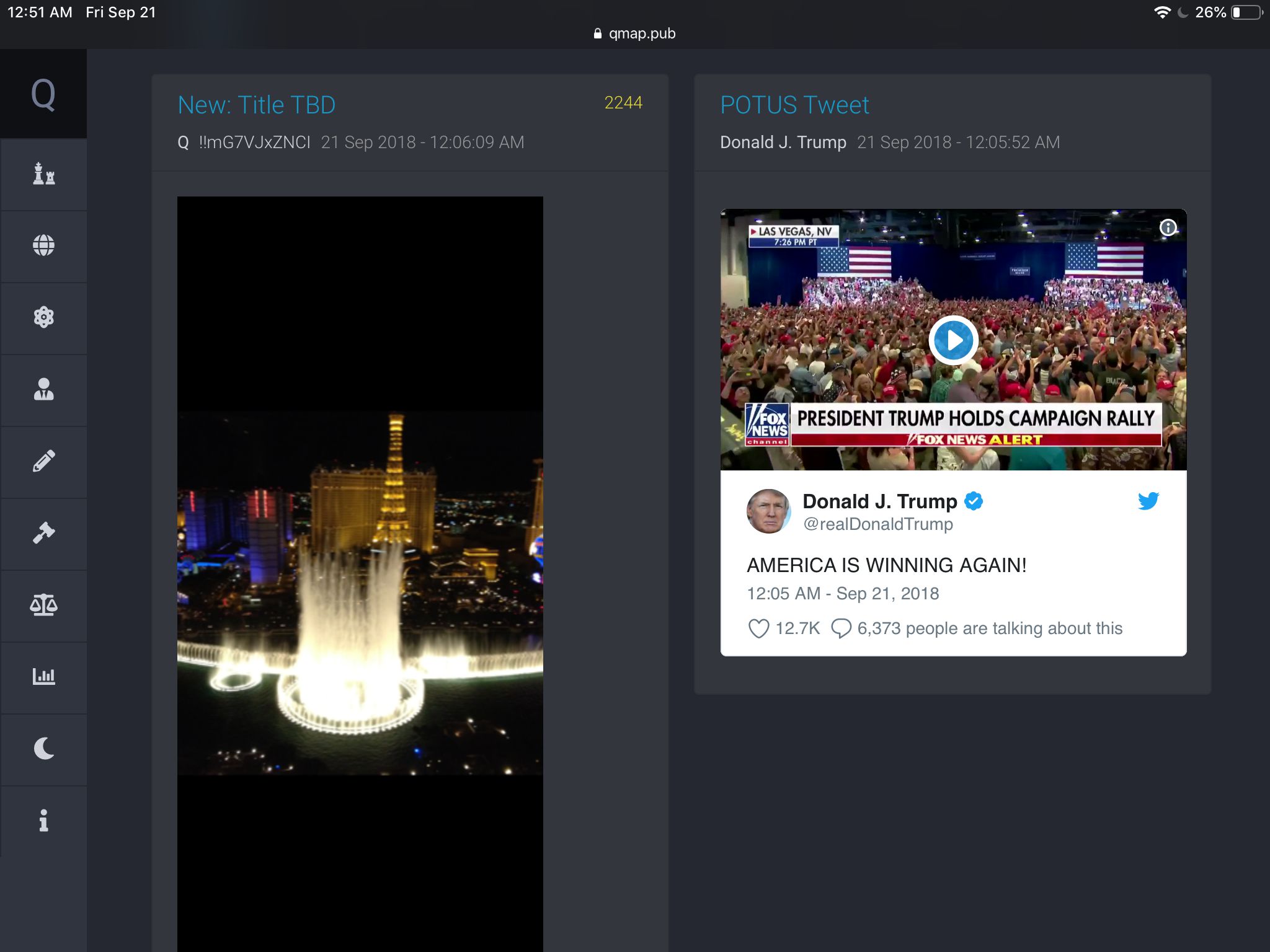 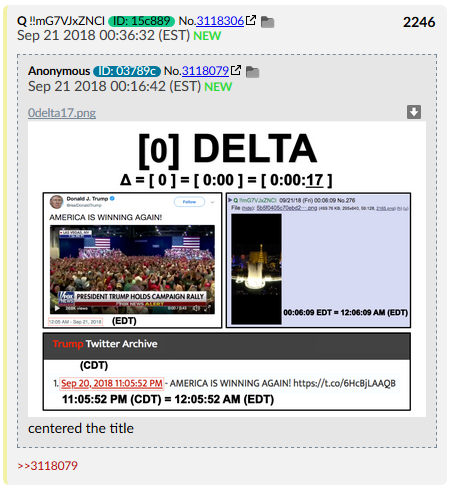 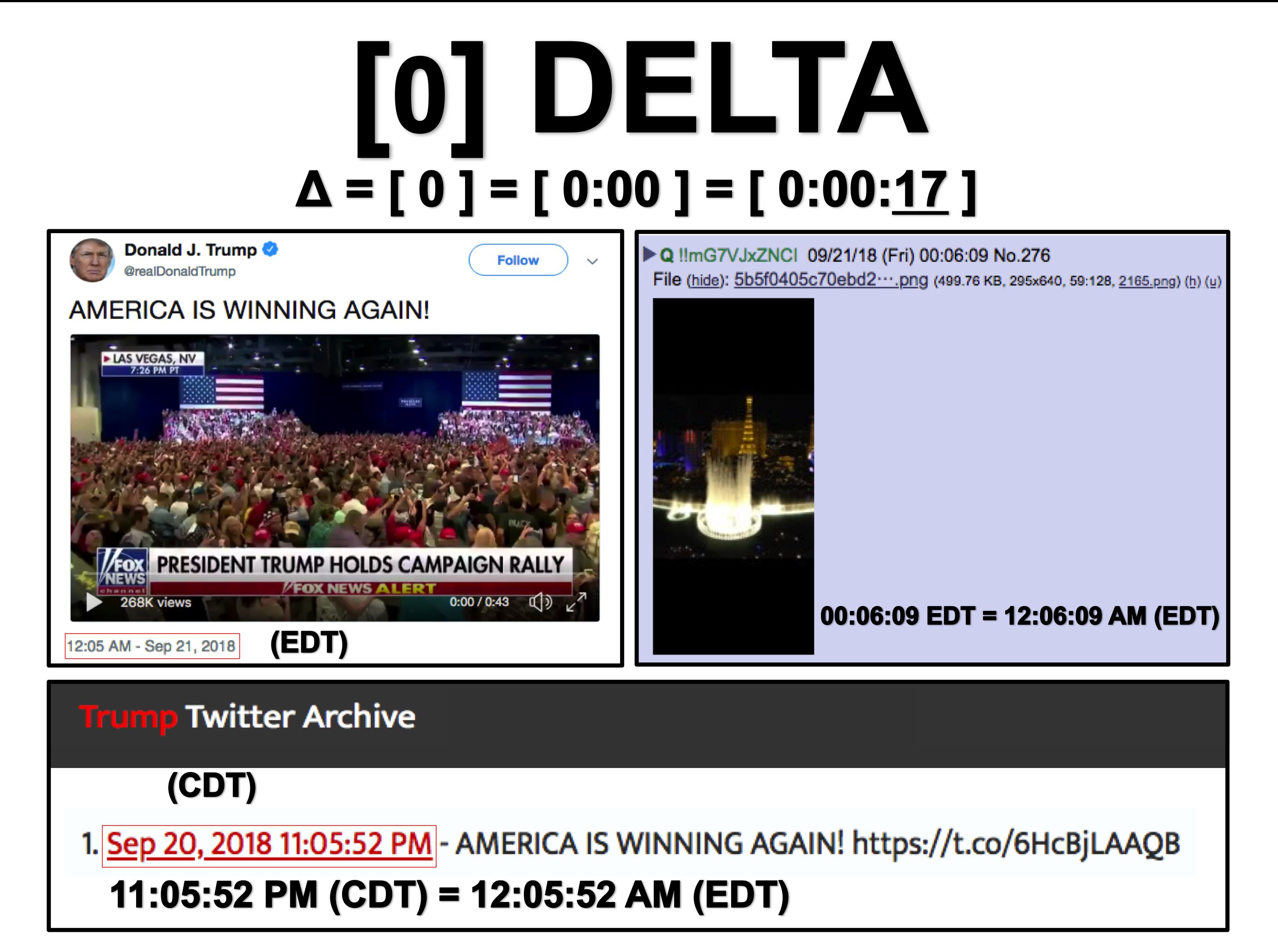 I’m up to my ears in [0] deltas, guys. I never found them particularly convincing anyway – and I don’t think normies are really gonna care, either.

We just went another week kicking the DECLAS can down the road. Kavanaugh still isn’t confirmed. FEMA can’t even send out a simple text.

I know it’s all gonna happen at some point, but when you combine it with posts of such a boring and relatively-useless caliber, well…  you shouldn’t be surprised I don’t have anything positive to say.

If you’re angry that I’m reacting this way to the drops, you shouldn’t be.

Frankly, you should be asking the same questions I’m asking, and voicing your own concerns.

It’s just being a different kind of sheep.

Sorry guys. That’s just where I’m at with these posts. I know you want the in-depth digs. I know you want the serious analysis. There was just… nothing, literally nothing here that I could work with tonight. I kept holding off on the article, hoping Q would post something substantial, but no, it was not to be.

No ad today. I’m too disappointed in the drops, not just from this day, but from the past few days.