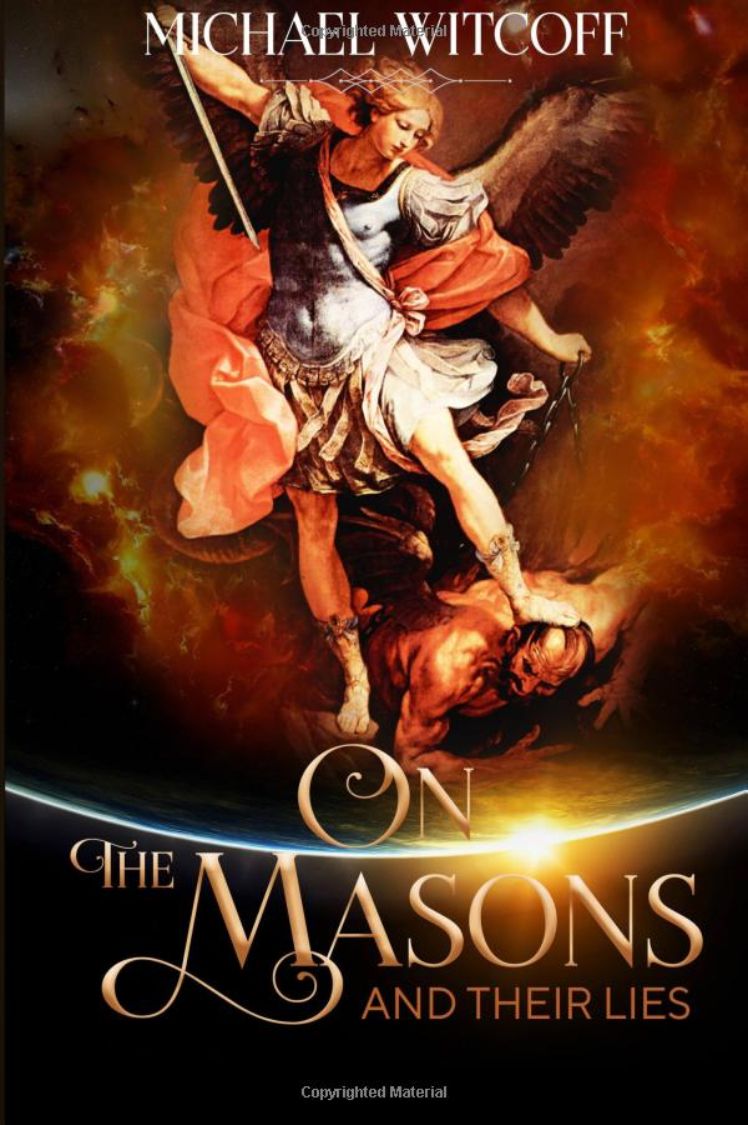 Legionaries,
​
I’ve you’ve been following the site for the past few weeks, you know that we’ve been talking a lot about Freemasons, Skull and Bones, the Bloodlines, and more as we’ve as we’ve struggled to come to grips with the true nature and organization of #TheCabal. We’ve also seen a lot of of Albert Pike recently, and his Masonic influence which spread throughout the halls of power in Arkansas and the deep south.
​
Though I’ve mentioned this book before, I wanted to let you know that Michael Witcoff, the Orthodox Christian author of On The Masons And Their Lies, recently rewrote his book from the ground up, after studying nearly a thousand pages of Pike’s personal writings on philosophy, Kabbalah, gnosticism, and more. Witcoff was a very active Freemason before he left the Lodge to follow Christ, and wrote the book specifically to address both curious Christians and Masons who want a deeper understanding of why the two faiths are completely incompatible.
​
There are many Christian Masons in the United States who, deceived by their superiors, have no clue about what they’re truly involved in – and would probably leave the Lodge if they did know the truth. Though Freemasonry presents itself as nothing but a charitable fraternal organization that accepts “good men of all religions,” it ultimately turns out to be a religion unto itself – with its own theology, its own soteriology, its own philosophy, and even its own sacraments.
​
On The Masons And Their Lies is a point-by-point breakdown and comparison of Masonry and Christianity, and I wanted to drop a link on the site just in case any of you are curious to learn more about this topic. It’s been read and reviewed highly by laity and clergy alike, so hopefully those of you in the audience who follow Christ will get a ton of value from the book.

And just to be clear, I’m not getting paid for this. This is literally just a free recommendation because I like Michael and I think he’s a good writer with a lot of valuable things to say. He’s someone who has helped me sort through some of the misinfo that’s out there when writing my own articles, and avoid a few stumblings blocks on more than one occasion. This is a very important topic, and the guy’s level of knowledge and experience in this domain is serious. We’re lucky to have him on /ourteam/ and not the enemy’s.
​
Here’s the link if you’re curious to learn more, and Michael has also allowed me to include the introduction below as way to better understand his journey, and what the books is all about.

Definitely add it to your arsenal if you’re at all curious about this subject. Michael’s a worthy guide for navigating the darkness, which presents itself as light.

On The Masons And Their Lies: What Every Christian Needs To Know 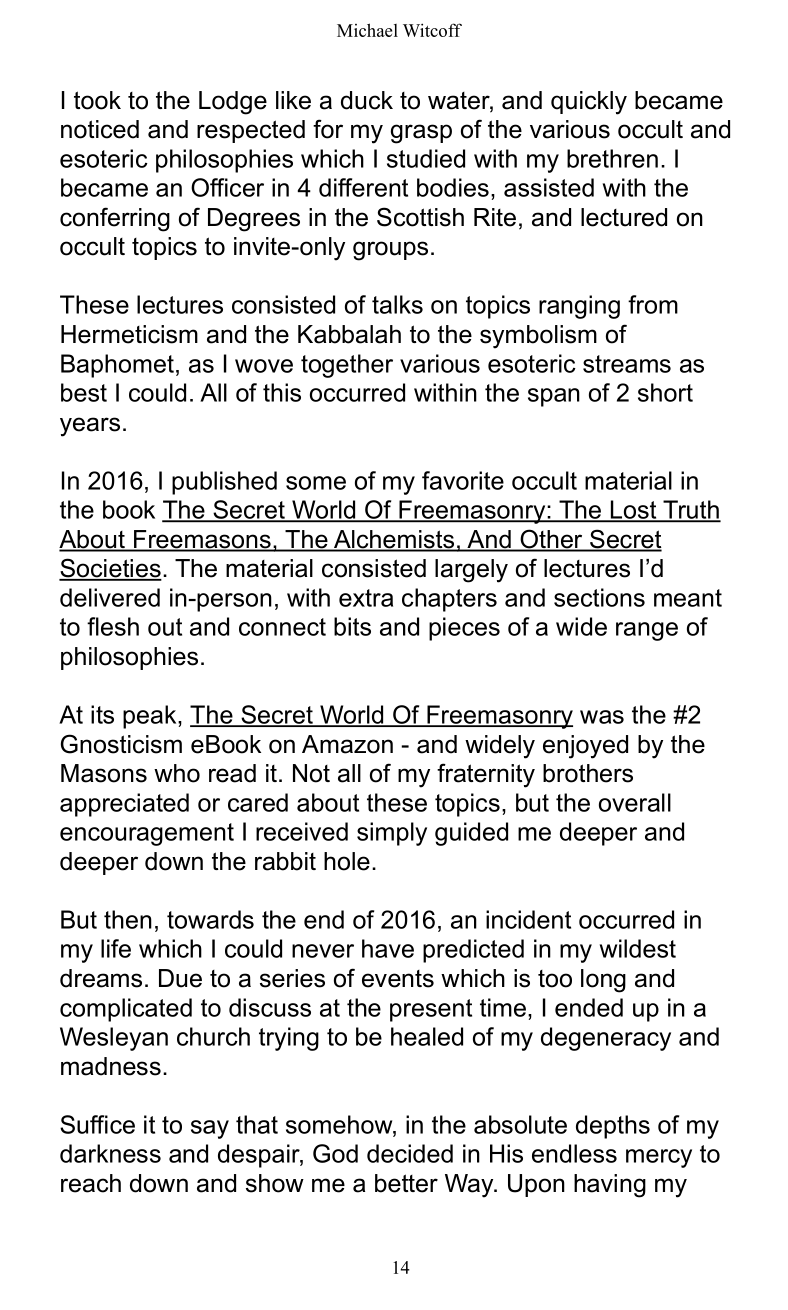 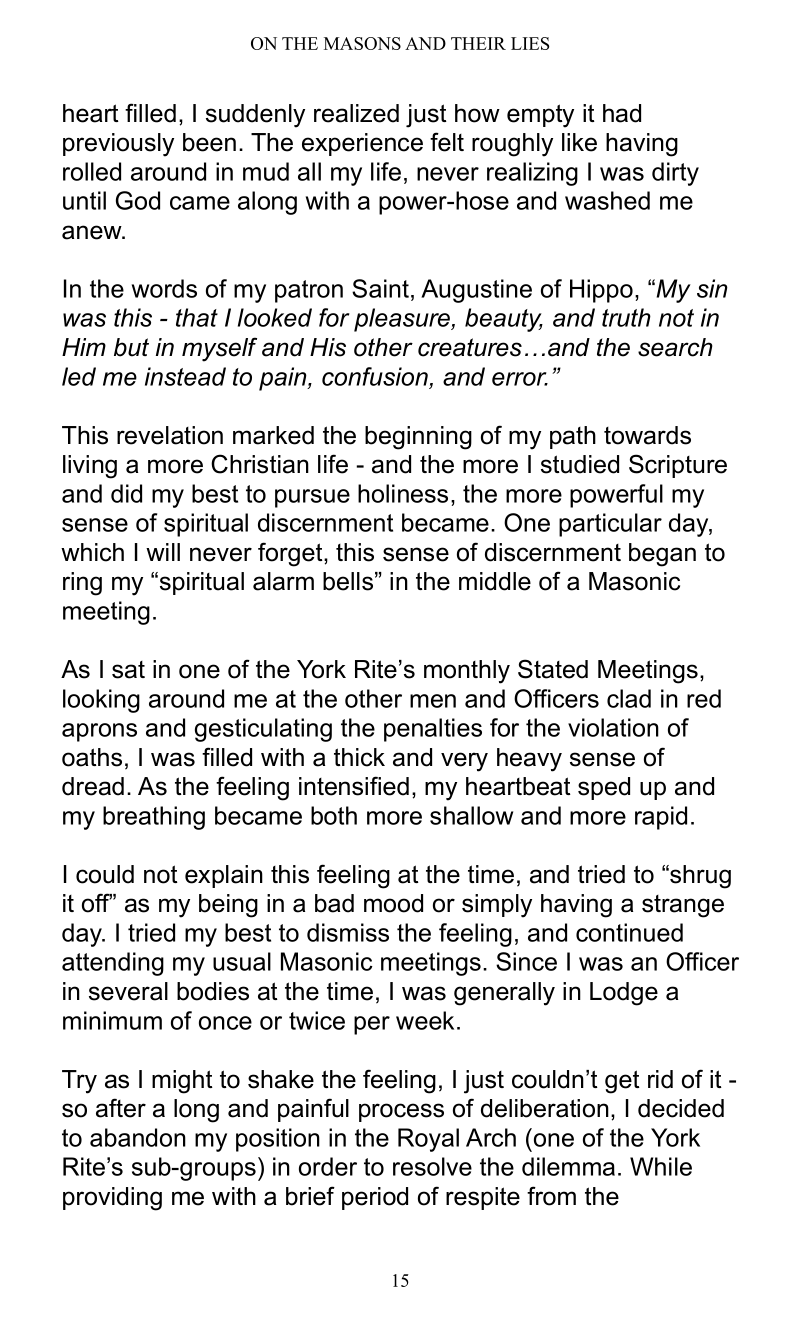 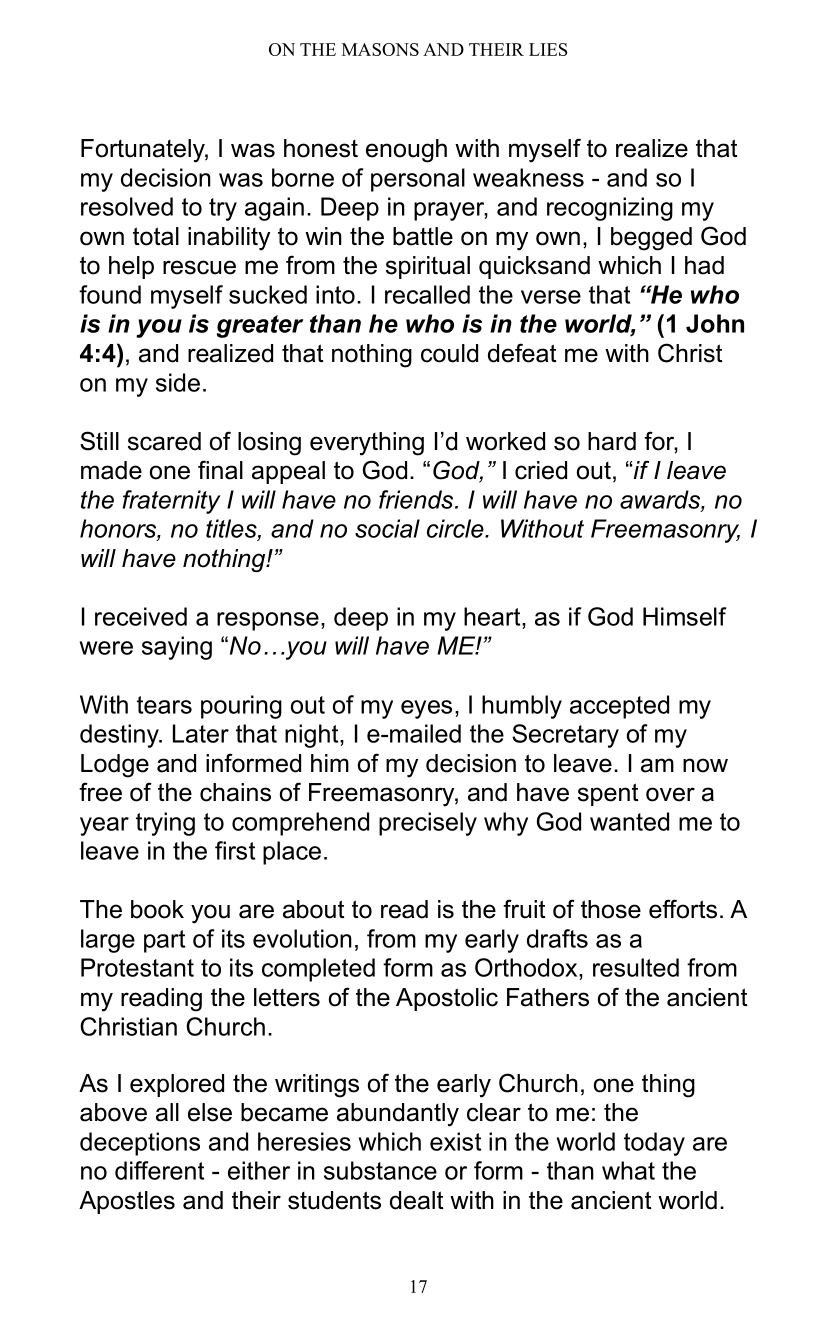 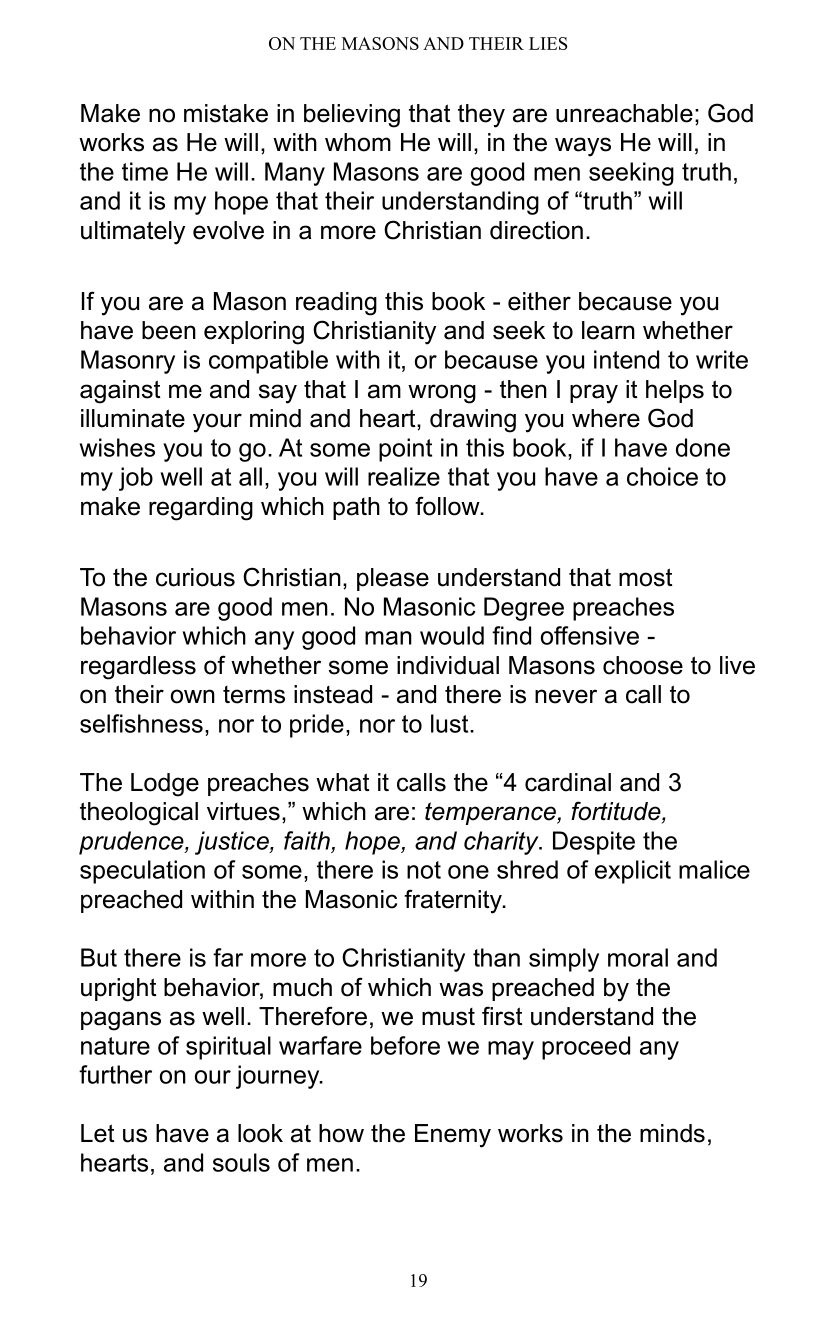 71 thoughts on “On Masons and their Lies”