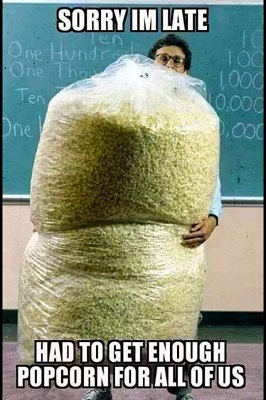 First thing’s first, I want to show you a #QConfirmation I posted on Gab tonight – in case you missed it.

Remember Q’s post with the missing i in Russia? 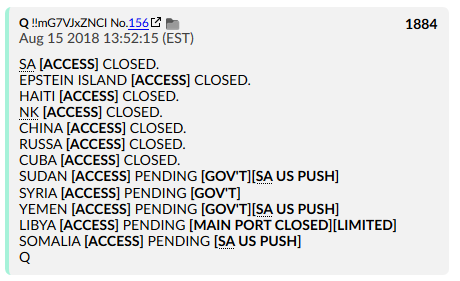 Here was my theory at the time: 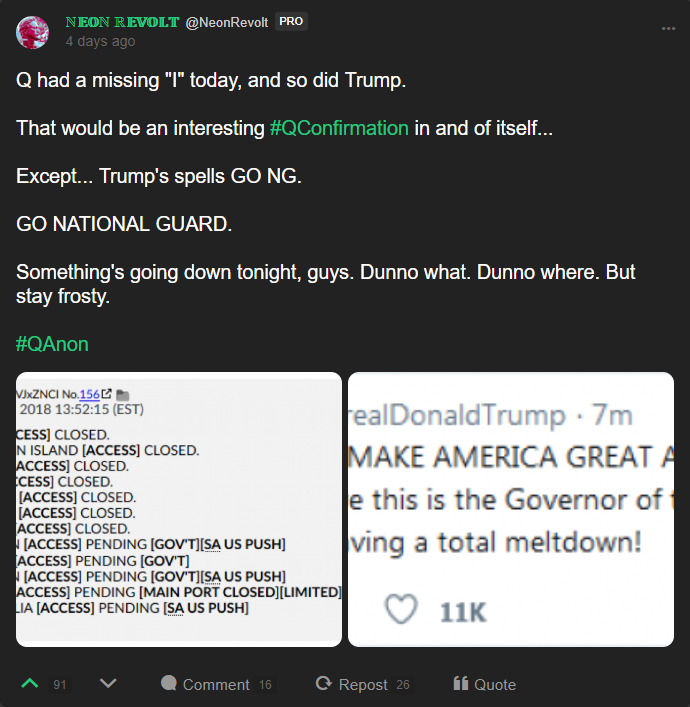 Both Q and Trump posted on Wednesday.

Trump activated 160+ National Guard for deployment at #Gitmo on Thursday.

Did I call it, or what? Pretty cool, if you ask me.

And I tried to tell anons on the board, but a couple of shills yelled at me and the comment got ignored by the baker, even after I tried to notable it. What can I say? I try to be nice to everyone, but some people really just don’t like me. ¯_(ツ)_/¯

That’s okay, we still love the haters, even if they are stupid.

As for now, I’m gonna jump right into #NewQ:

There’s not a lot for me to decode here. Q is speaking pretty plainly – about Antifa, about the Media, and about Silicon Valley – three parts of the Democratic ARM.

But I will say for the record that I’m not a fan of Q’s definition of “fascism.” To just equate fascism with authoritarianism, or Marxism is… inaccurate, at best, and damaging, at worse.

I don’t want to get too academic, or too autistic about it…

And I know the dreaded “F-word” is terrifying to some…

But frankly, America was built on many classically fascist principles. And when I say that, I mean a fascism that’s distinctly Roman. (Remember our history here: the founders lived after Rome, but before seeing someone like Hitler or Mussolini enter the world stage).

For instance, we have the fasces all over our state iconography. Those gold columns adorning the senate? Yeah, those are fasces:

There are fasces underneath both of Lincoln’s hands at the Lincoln Memorial. 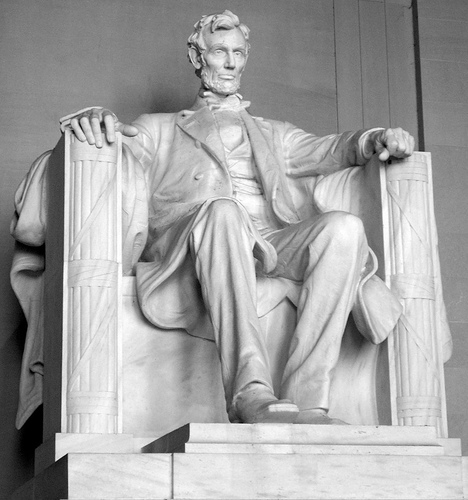 Why? Because he preserved the Union.

And the phrase E pluribus unum – out of many, one – is – genuinely – a verbal representation of fascism.

Think of the Roman Legion itself, back in the day. A Legionary, while a formidable force in and of himself, was nothing compared to the strength of the Legion. When the Legion interlocked its shields and formed a phalanx, they were nearly unstoppable.

And yeah, I know this is from 300, which would make it Greek instead of Roman, but you’ll be hard pressed to find a better representation of a phalanx ever committed to celluloid:

E pluribus unum – out of many, one.

That… gasp collectivist idea is what’s at the heart of fascismo. It’s the idea that you owe something to society, to your fellow man – because they are part of you, and you are part of them. This is the essence of duty.

Is it so reprehensible to recognize that there are things that bind us together as a people and make us strong? Isn’t that exactly what Q is trying to do?!

Sure, I’ll definitely agree that the fascist ideology of the 21st century – or at least those that claimed to be representing the ideology –  have caused much damage upon the world (which, depending on how you understand history… and how you read Q – is a lot more complicated than simply saying “These people are the baddies.)”

Personally, I’m not a huge fan of ideology to begin with, and the organizing principles of fascism have been… dubious at best. (Perhaps something like Dugin’s dasien is more apropos these days – though such an organizing principle remains untested).

But come on, Q. What’s so wrong with correctly labeling these people MARXISTS, instead of Fascists?

Are we so demoralized that we do not realize that death and misery was spread on an order of magnitude greater than anything Fascism every produced due to MARXISTS???

Go ahead: Compare the total number of dead at the hands of the Nazis, vs. the number of dead due to the Commies. Guess who killed FAR more! And guess who our Cabal-President at the time – FDR – allied himself with!

Are we so uneducated that we can’t distinguish between Marxism and Fascism… or realize that they were profound enemies of each other?

I get the intention.

I get that the American people haven’t seen two-dozen Hollywood films apiece about Marxist death camps despite there being loads more source material to choose from (hmmm, ever wonder why that is??)

Furthermore, do you really think labeling these people “fascists” will actually deter them?

No, you need far more clever labels. When #Gamergate labeled the Cultural Marxists invading their hobby as “Social Justice Warriors,” it was a stroke of genius. When they landed on the term “SJW,” game over, the gamers just won. They somehow managed to distill and encapsulate the narcissism, the rage, the disdain, the loathing, and the self-righteous perception down into three little letters. It was the kind of verbal-killshot that you rarely see, but when you do – it’s quite a thing to behold.

And speaking of Gamergate, they’ve actually managed to do it again. You may have heard about the sales nightmare that is Battlefield 5. The designers suddenly got “woke” and decided to include… not just women in combat roles in World War 2… but disabled women complete with prosthesis, navigating an explosive battlefield with devastating aplomb.

Why did they do this? To be more inclusive, they claimed! It was never about “realism” anyway, they protested! And all the critics of this choice were clearly just sexist manbabies who haven’t grown up yet.

Well, dear readers, let me introduce you to #GetWokeGoBroke: 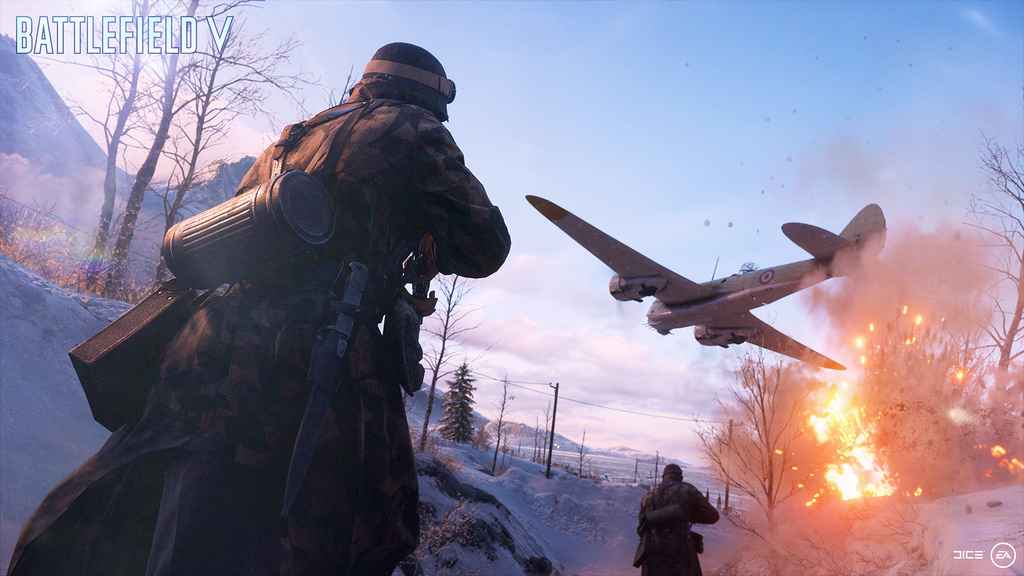 Battlefield V pre-orders are slow and not going as well as expected, according to Cowen, a research company from the …

No one is buying this game. The exec who “Got Woke” when he was in charge of this game was just forced to leave the company because of how poorly it’s selling (though no one will ever admit that on paper), and EA is learning a hard lesson here: MARXISTS DON’T BUY YOUR MEDIA! (What an amazing coincidence, considering their beliefs about capital and property. Who could have ever forseen such a turn of events?!)

No, SJW’s just whine and complain, and bully people on their Cabal-backed hugbox, twitter.

But they rarely do anything significant in the real world.

So… #GetWokeGoBroke, EA! It’s a great verbal killshot because it encapsulates a consequence for their actions – and other studios across all industries will take notice.

All that’s a really long-winded way of saying that Antifa, the Legacy Media, and the Internet Oligarchs don’t care what we think of them. They only care about avoiding consequences for their bad behavior. In the case of SJW, it was standing out, looking like a lone narcissistic maniac. With #GetWokeGoBroke, it implies devastating economic consequences.

He just shrugs and gets back to lying.

He gives you a 30-day mute and funnels more money into his shell company.

They just call you a Nazi, throw a brick in your face, burn your house down, and doxx your cat for good measure.

They all may very well be despicable, disingenuous authoritarians of the worst sort… But calling them fascists?

Again, I get what Q is trying to do…

I just think he may be throwing out the baby with the bathwater here.

Again, not much for me to explain here. You’ve all seen the links. You’ve read the EOs. You know the new Courts Martial manual goes into effect in 2019.

We’re not getting trials before then. And why is this important?

Because you don’t want the Cabal wiggling out on a technicality. You want to sentence these people soundly – and to do that, you literally have to rewrite the rule-book.

Some may be disappointed by this timeline…

But that doesn’t mean we can’t get arrests before then.

Personally, I’m hoping they start soon. I don’t know how long, legally, we can hold someone before being forced to expedite their trial, but I’m confident that, as soon as possible, we’ll be seeing arrests. 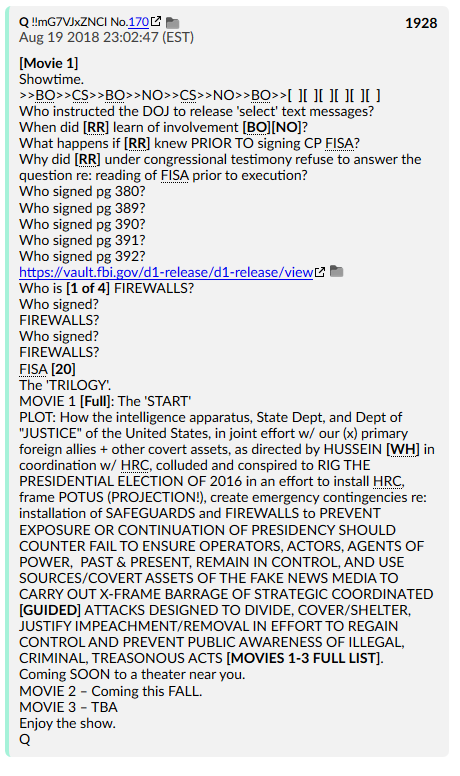 Looks like a communication chain, in Q’s top lines – showing how the Cabal communicated. It will be interesting to see what six names fall in those six empty killboxes.

Who instructed the DOJ to release ‘select’ text messages?

I don’t know how we could possibly know that, Q. One would assume POTUS, but there’s no way for us to verify.

When did [RR] learn of involvement [BO][NO]?

He always knew. Come on. He’s no fool.

What happens if [RR] knew PRIOR TO signing CP FISA?

He would need to step down immediately.

Why did [RR] under congressional testimony refuse to answer the question re: reading of FISA prior to execution?

Because it would implicate him in this Russian Collusion charade.

If Rosenstein knows Mueller has been appointed under false pretenses, the entire Russian inquiry falls apart, and ends, then and there.

The twist to this is that Rosenstein might have been buying Mueller some time to investigate what he was actually investigating – his “witch hunt.” 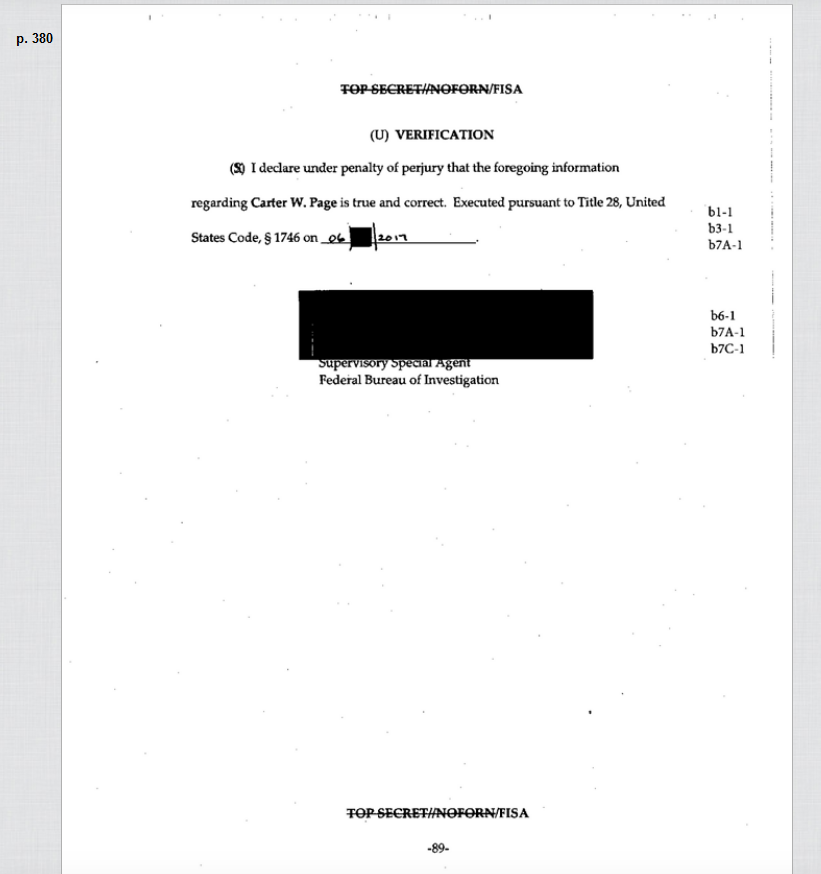 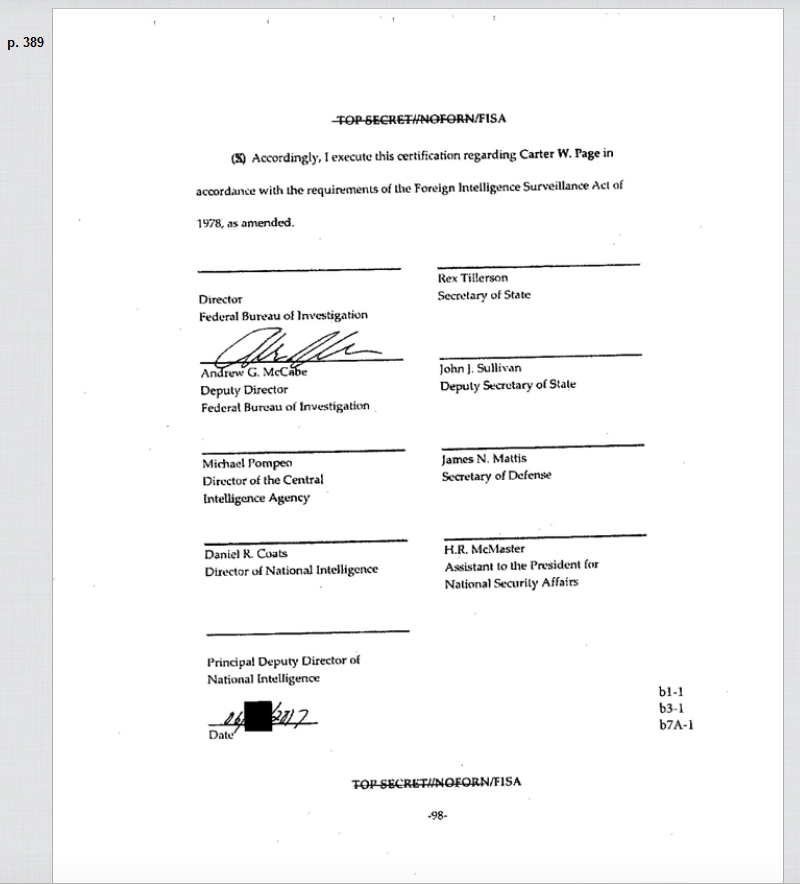 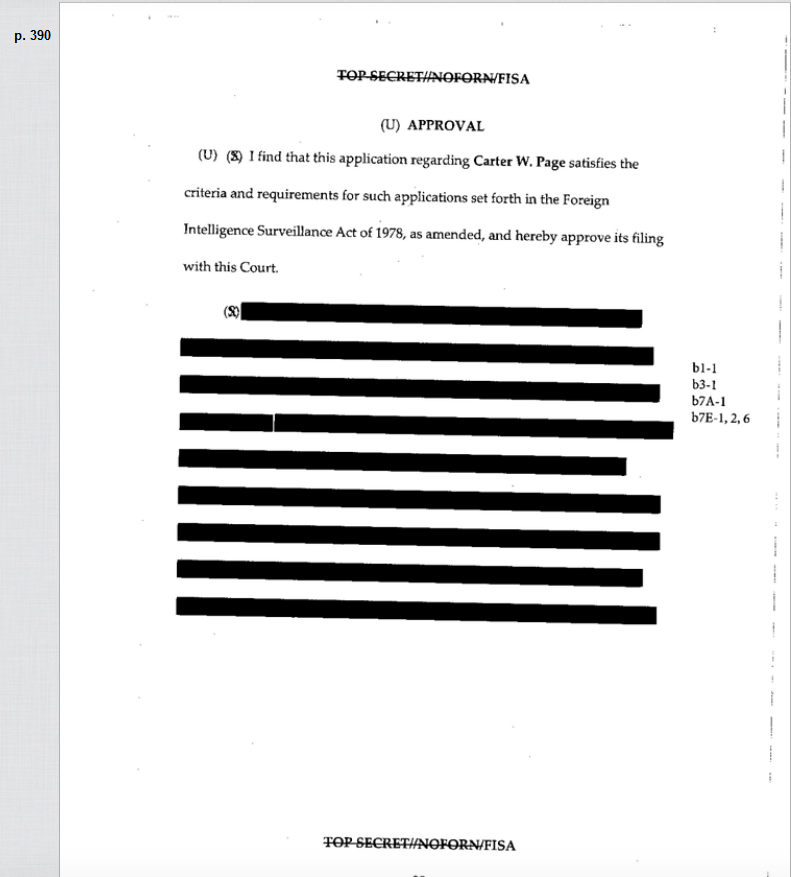 Was this page referenced in error, Q? 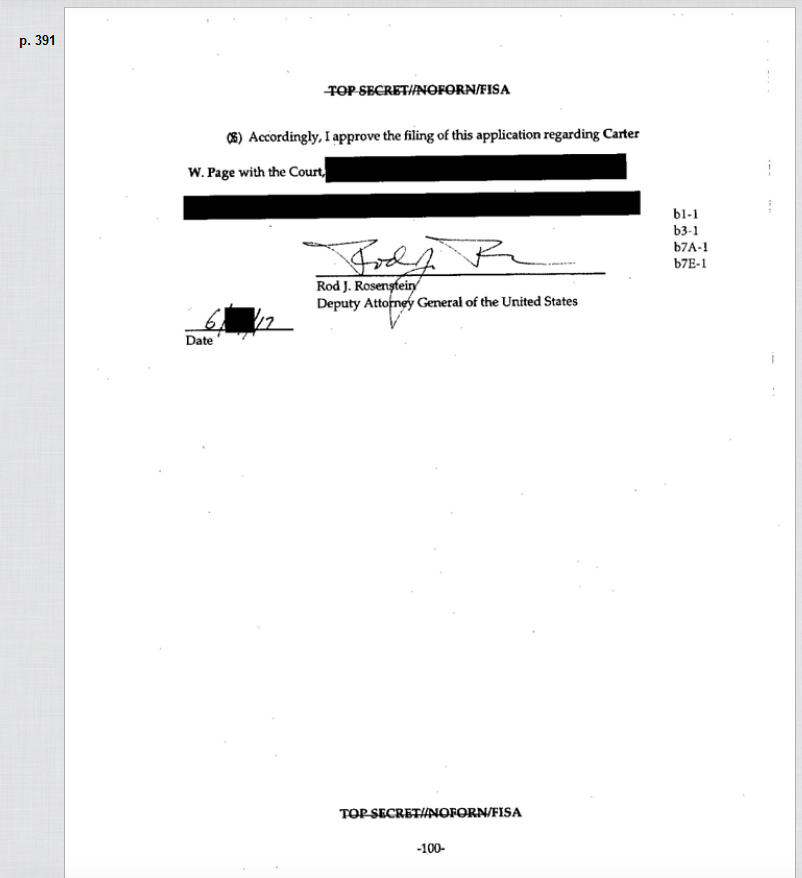 Note the day is redacted, however. 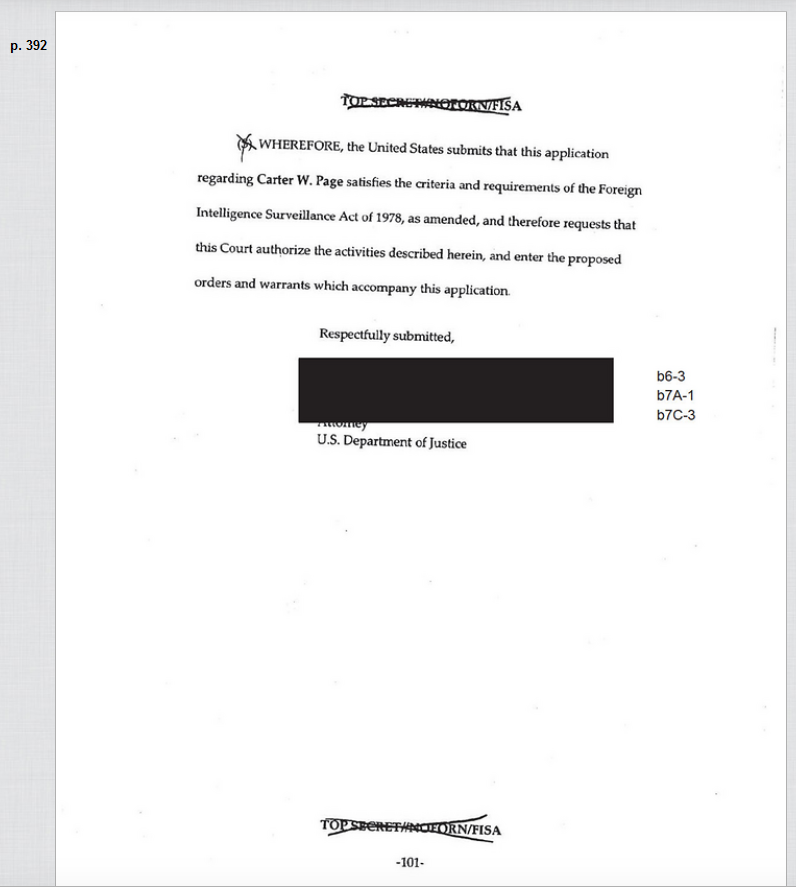 Anyway, let’s get those [20] pages already, Q. The people have waited long enough for this “movie” to start, and I just about finished my popcorn during the previews.

I also like #Anon’s speculation re: Revenge of the Nerds – if for nothing else than the entertainment value it brought me: 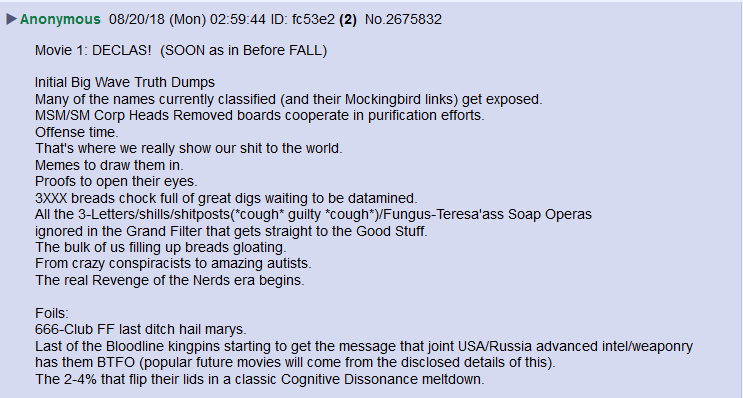 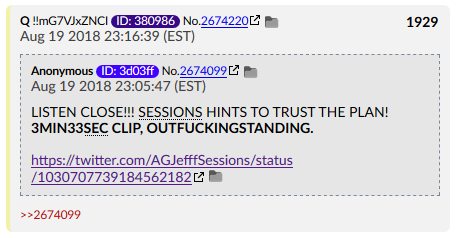 There’s actually two videos here in this link, so I linked both below:

Personally… I didn’t feel that this was quite as earth shattering as Anon thought it was, but that’s okay. We’ve got a good team, working hard to restore Justice in America.

Hey guys, thanks for taking the time to read all that. Hope it was worth your time.

I’m not going to do the traditional Gab supporter plug here today. Instead, I’m going to let you know about my new threadless store, where you can buy all my lovely t-shirt designs, including the brand new Where We Go One, We Go All – Tigerstripes shirt. This is a men’s tri-blend t-shirt in navy blue, but we’ve got the design on shirts for women, children, long sleeve, short sleeve, hoodie,  heck – even shower curtains (if you’re so inclined).