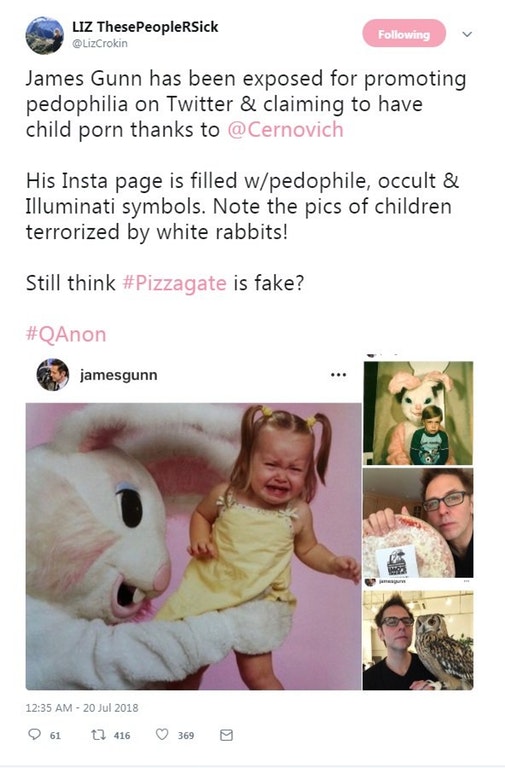 Something big started to unfold late last night/early this morning across the #chans regarding Guardians of the Galaxy director James Gunn , and #Anons took to immediately archiving everything they could find.

So what were some of these tweets? 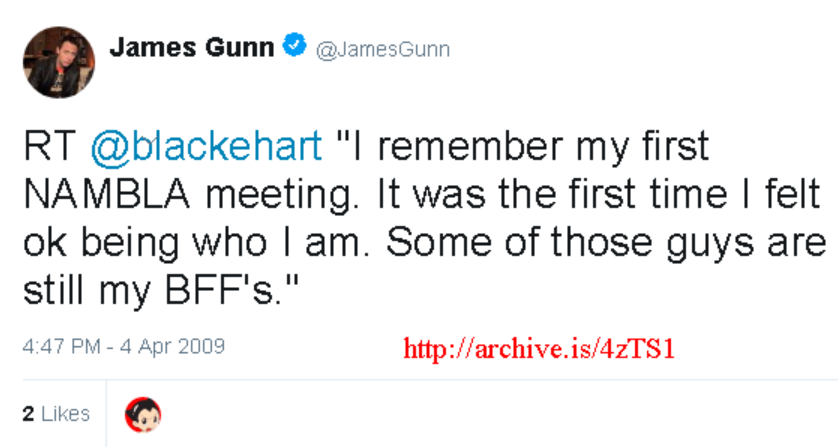 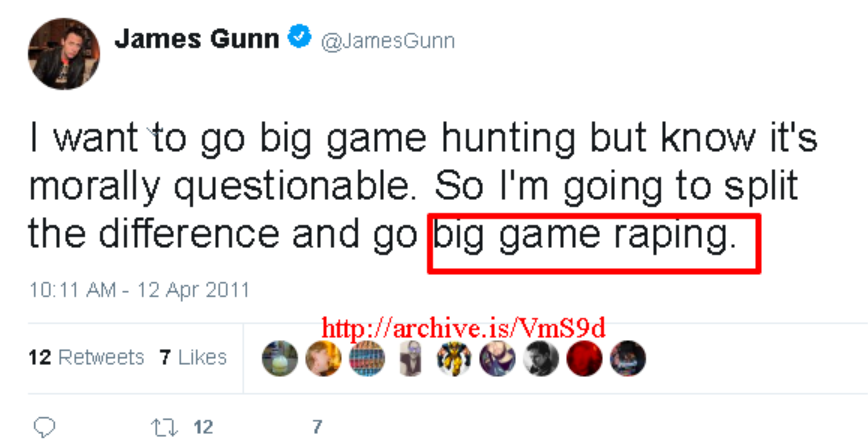 Of course, Gunn tried to say it was all a joke; that these were just some kind of edgy comedy he was partaking in… He has since deleted his twitter, and shut down his personal website, but not before tweeting out this:

“Many people who have followed my career know when I started, I viewed myself as a provocateur, making movies and telling jokes that were outrageous and taboo,”

“As I have discussed publicly many times, as I’ve developed as a person, so has my work and my humor.”

But was he really just being a provocateur?

Let’s look at some of the tweets compiled and archived by anons as part of Operation #GunnControl:

(Note: I’m cutting up a much larger infographic here for readability purposes).

Not looking too good, Gunn. 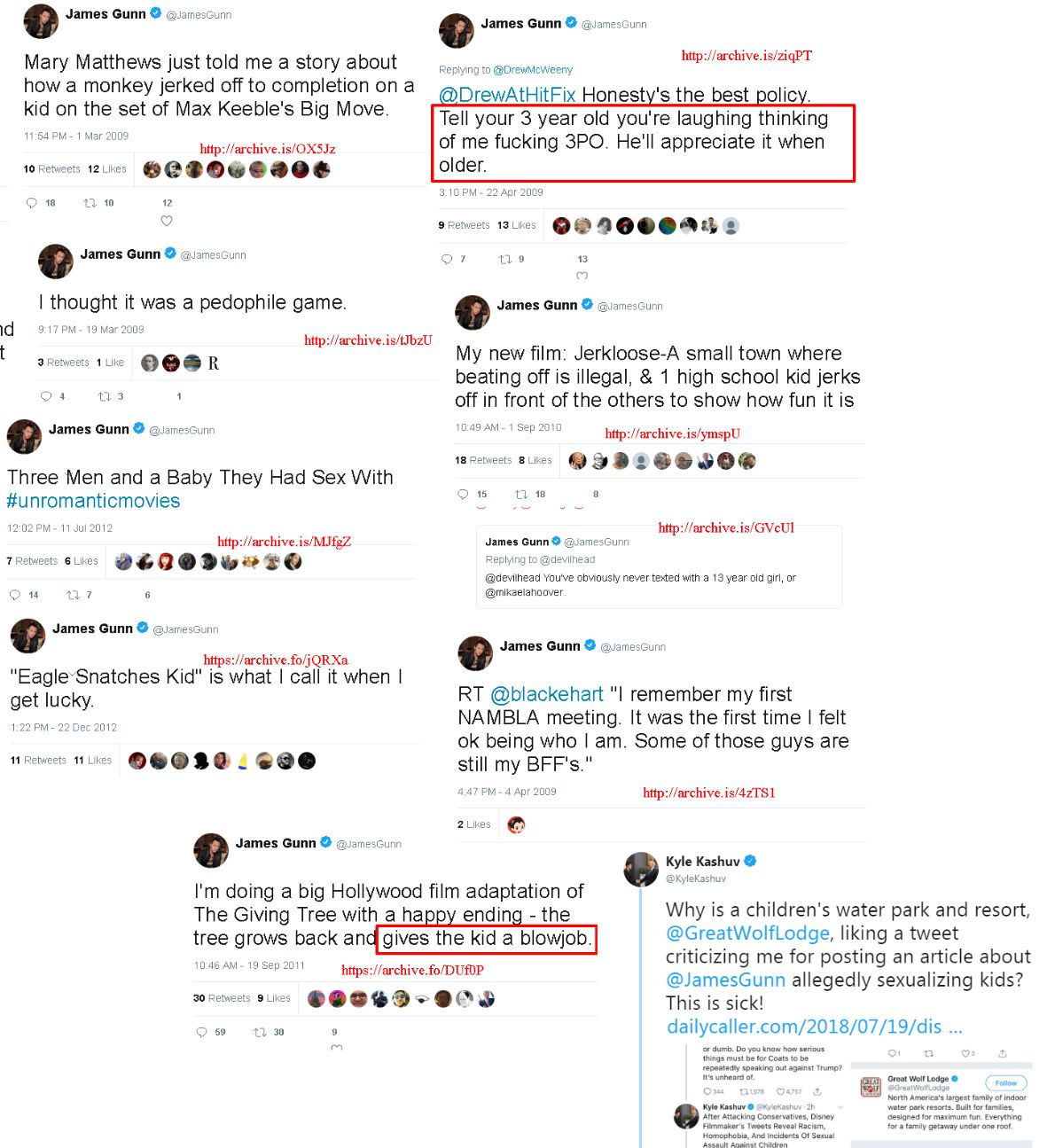 And we can’t forget his other social media accounts:

Not good. Not good at all.

But the kicker comes from James Gunn’s own website: 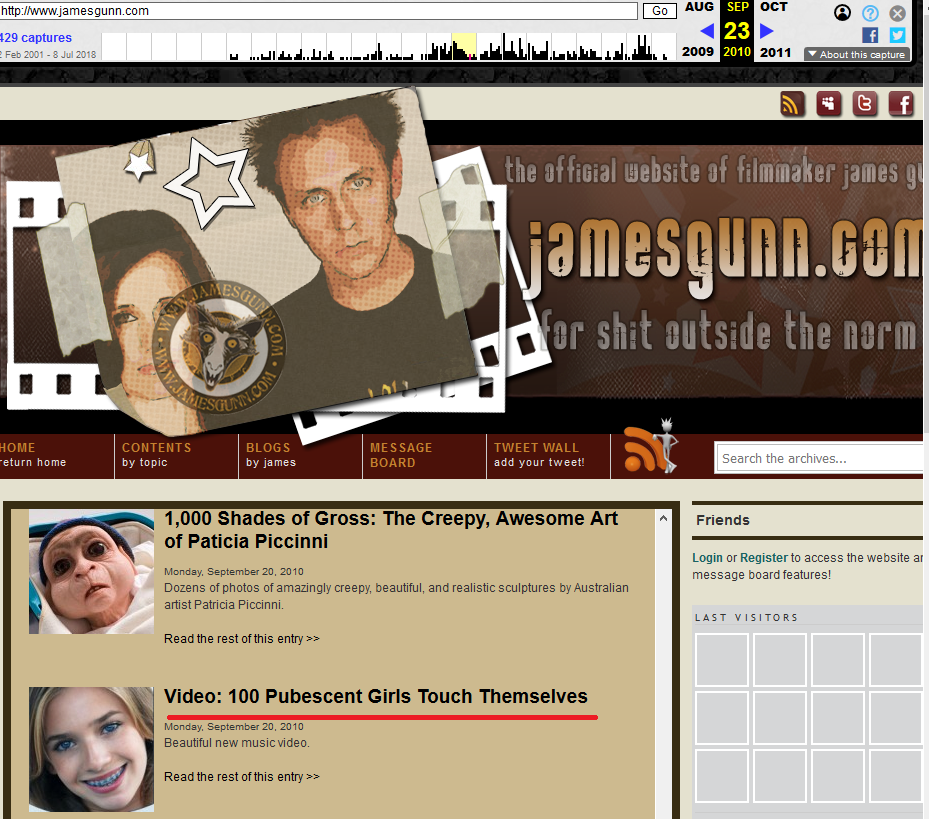 Now, I haven’t gone to this link, and I will not be going to this link. Other anons said that it’s “just” a lewd song sung by these girls, with no pornographic content. It’s hosted on Youtube, and is supposedly really just that, a bawdy, lewd song sung by young girls for that extra dose of shock. It’s in bad taste, but it’s not a crime.

No, the story gets interesting here because of where James Gunn found the video in the first place; more specifically, who shared the video with him.

Turns out, it was a convicted pedophile: 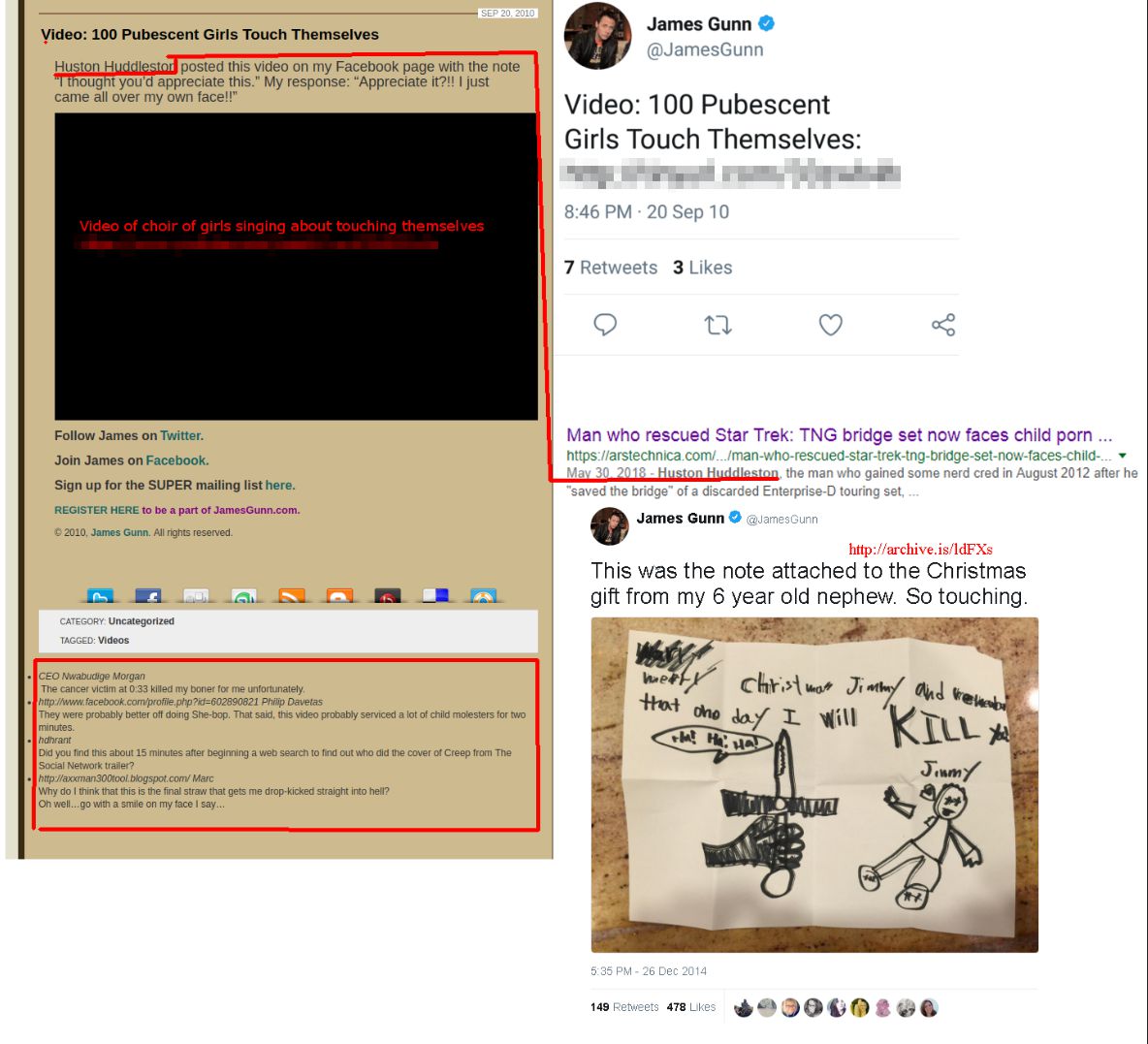 But guys, really, James Gunn was just joking with all of us. He said so himself.

Years of tweets like this, and hanging in social circles with pedophiles – that’s not indicative of a pattern of behavior, no! It’s just… comedy!

Or so he would have us believe.

And then, according to Anon, this happened on the chans: 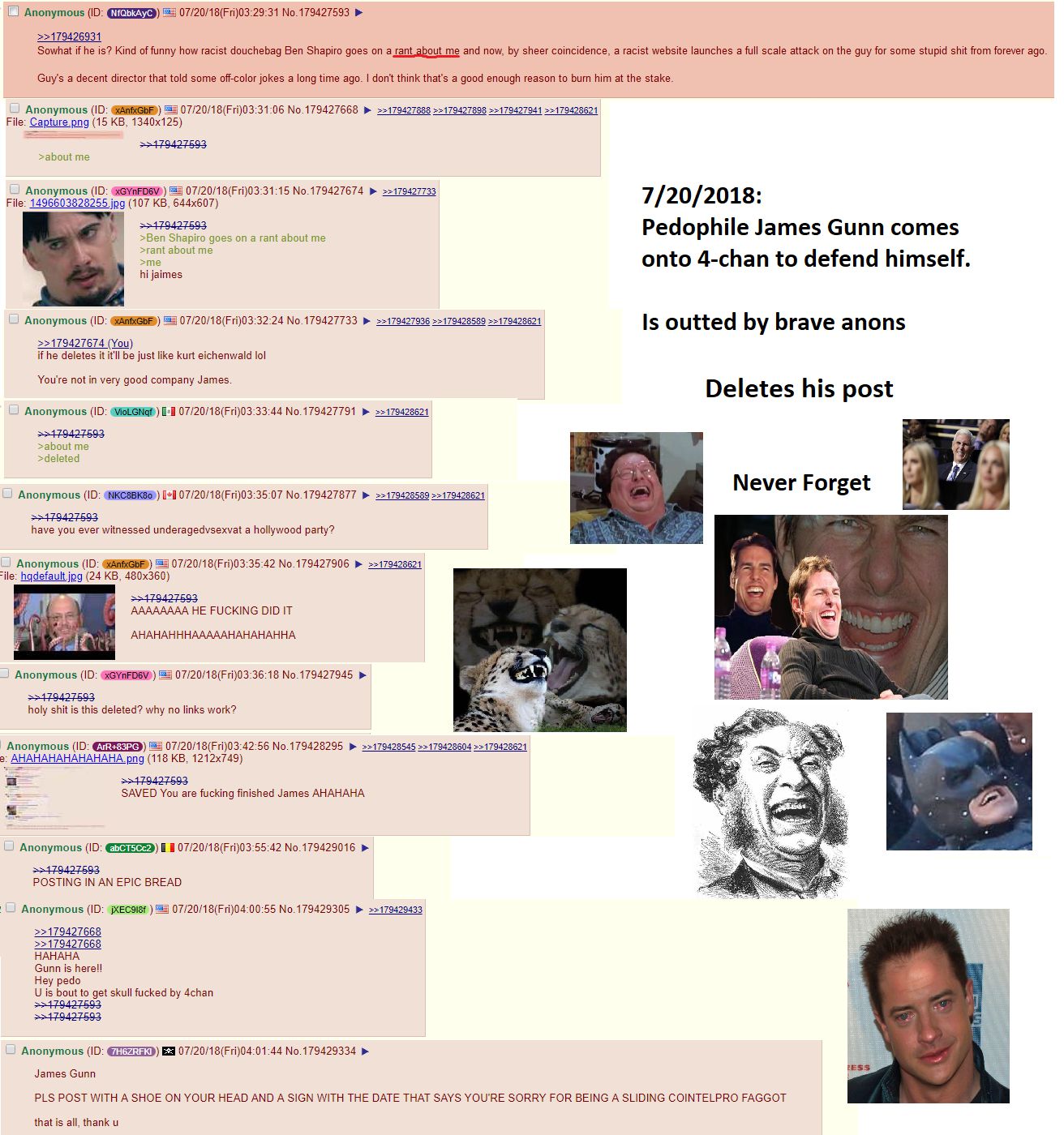 Could be a LARP, but a hilarious one at that.

Gunn is going to get thrown under the bus by the highers ups, because make no mistake, MANY are involved in the exact same kind of thing. They’re just not vocal about it.

But the really shocking thing about all of this is that it was public for years – almost a DECADE. It wasn’t hidden. It wasn’t relegated to some darkened corner. Disney HR could (and probably did) check Gunn’s social media before giving the higher-ups the greenlight to have him helm their mega-projects.

But this is the sickened culture of #Hollywood, and it really is just another #OpenSecret.

James Gunn Fired as Director of 'Guardians of the Galaxy Vol. 3'

The move comes after controversial tweets from the filmmaker resurfaced.