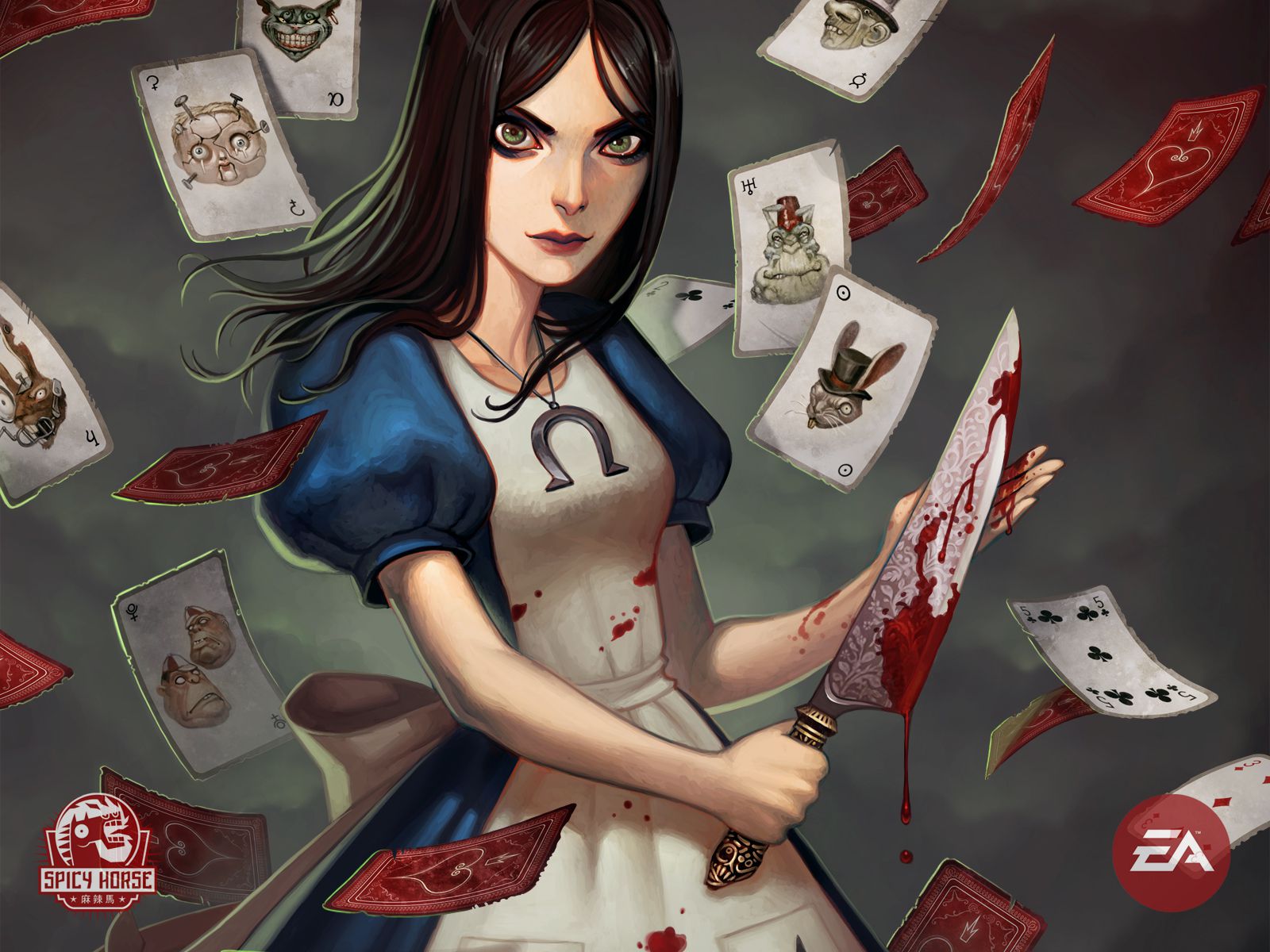 Because not all my posts have to be a half-a-mile long, here’s a series of posts from the boards I thought was worth reposting. It, perhaps, gives a tentative timeline for what to expect in the coming months: 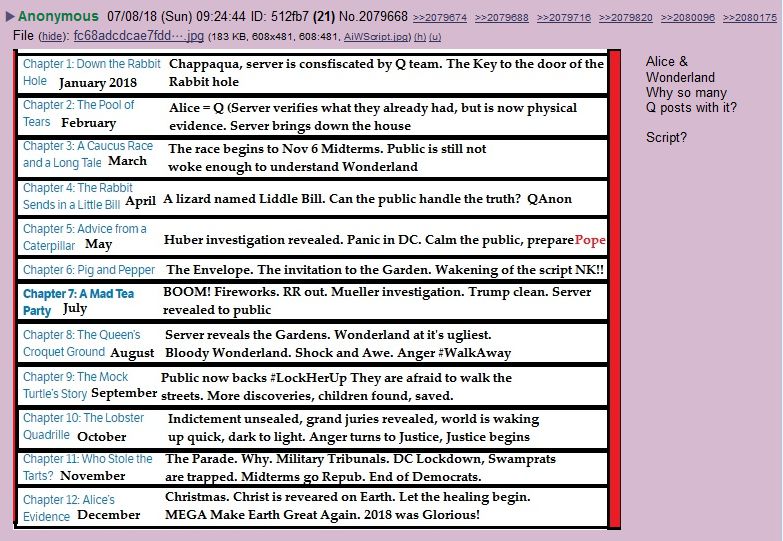 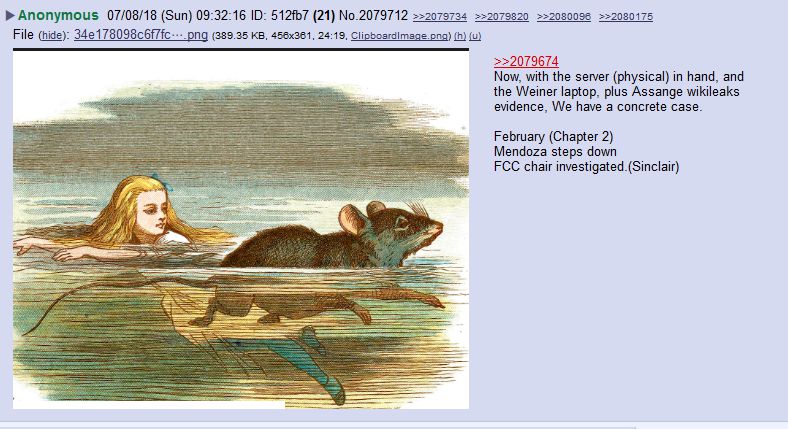 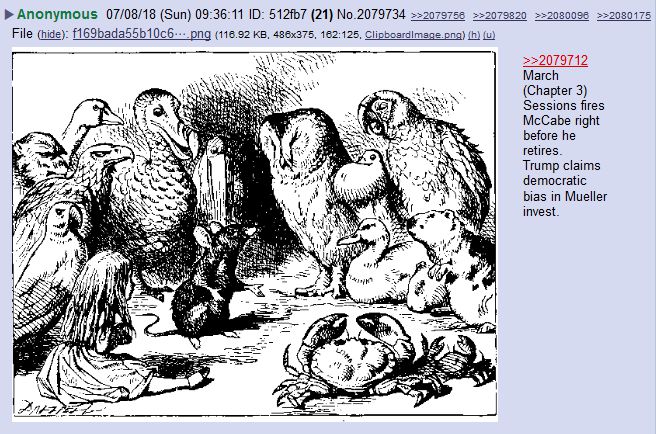 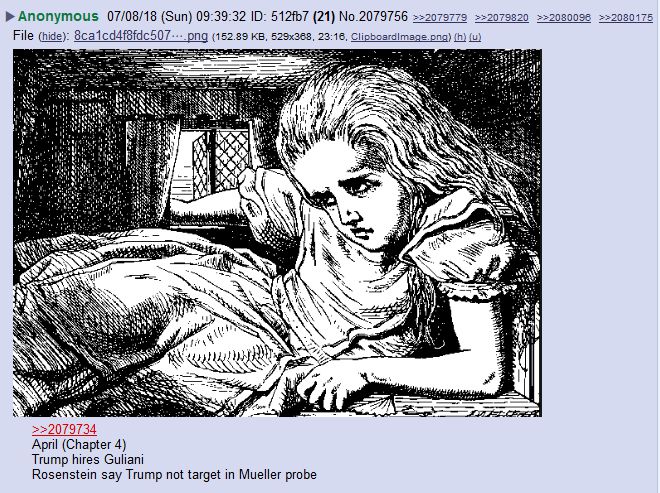 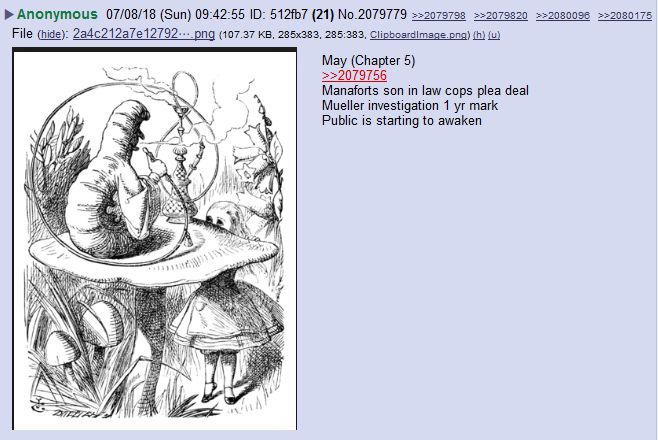 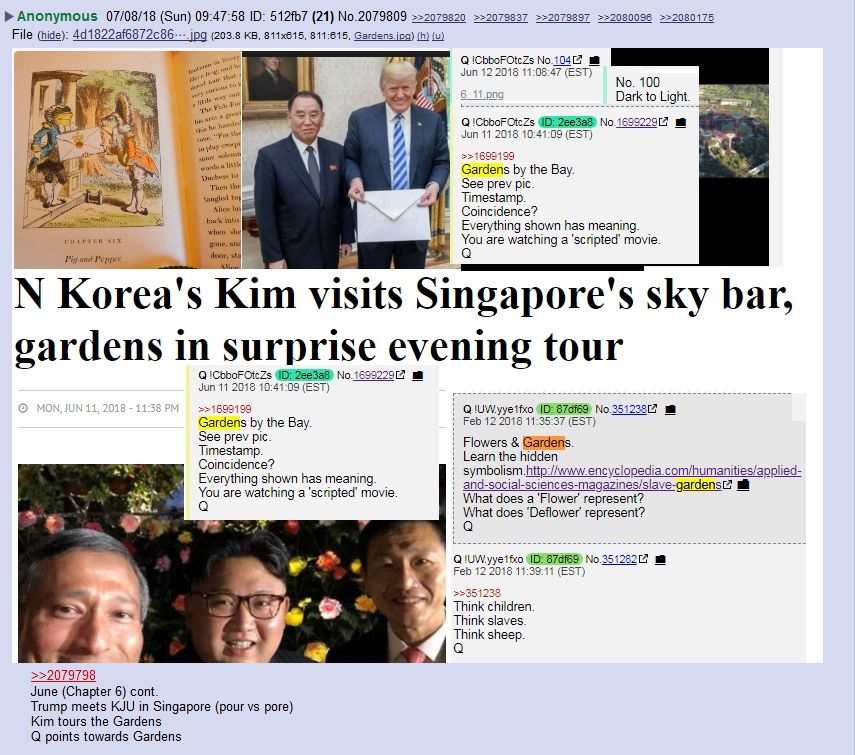 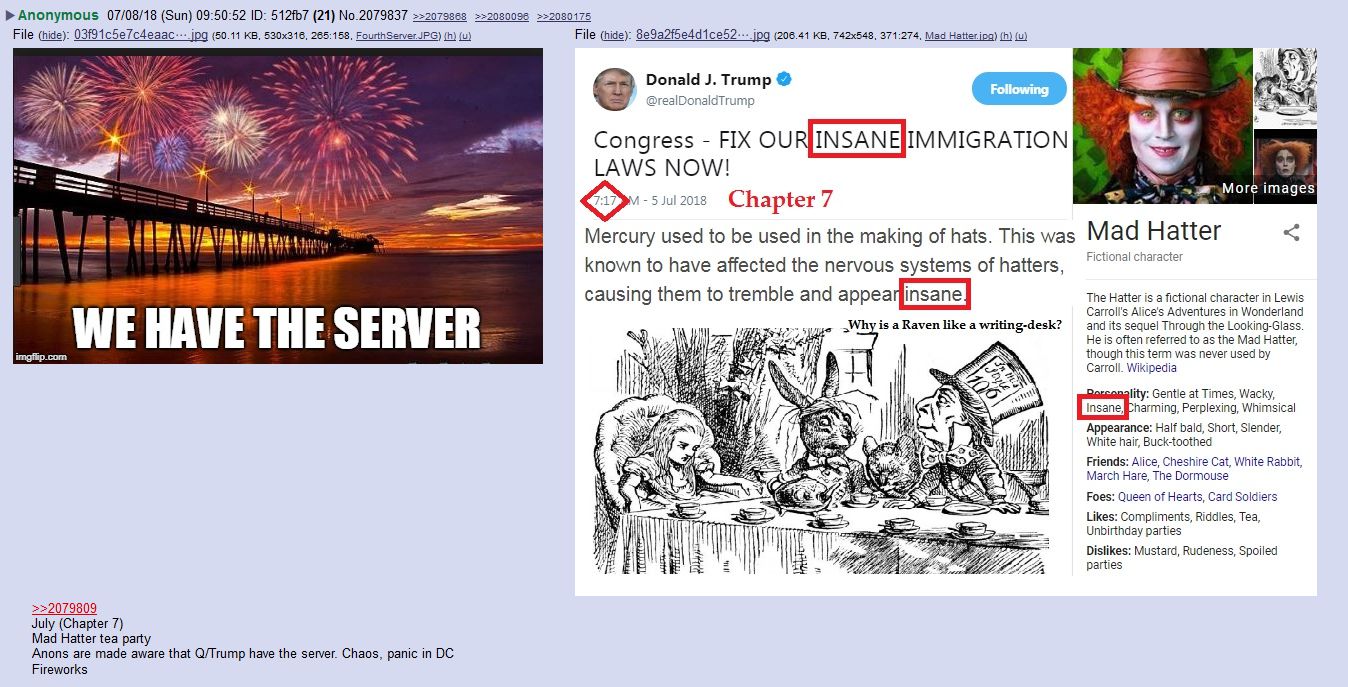 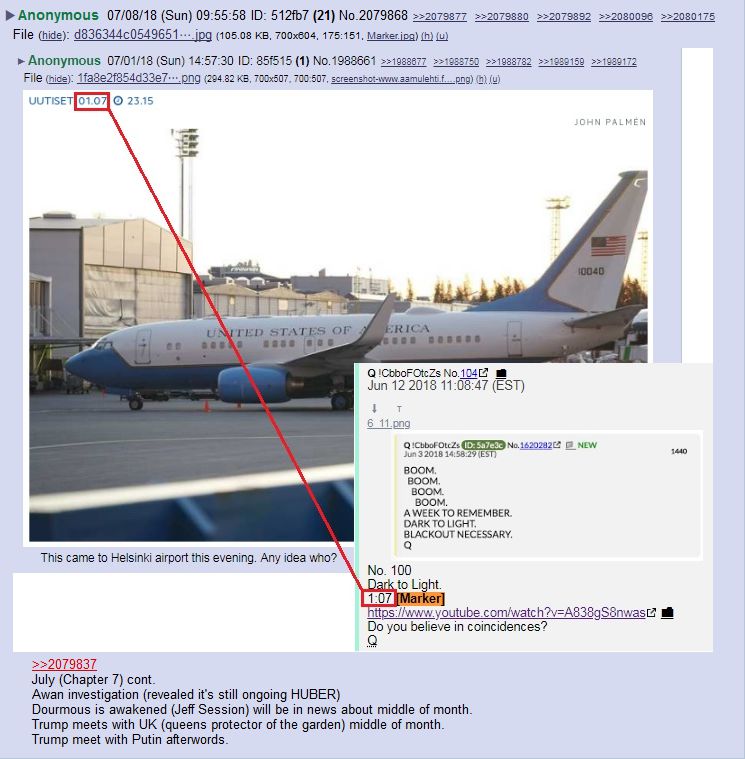 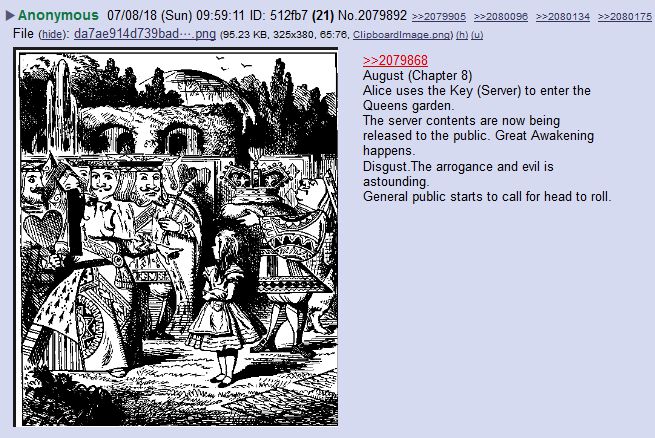 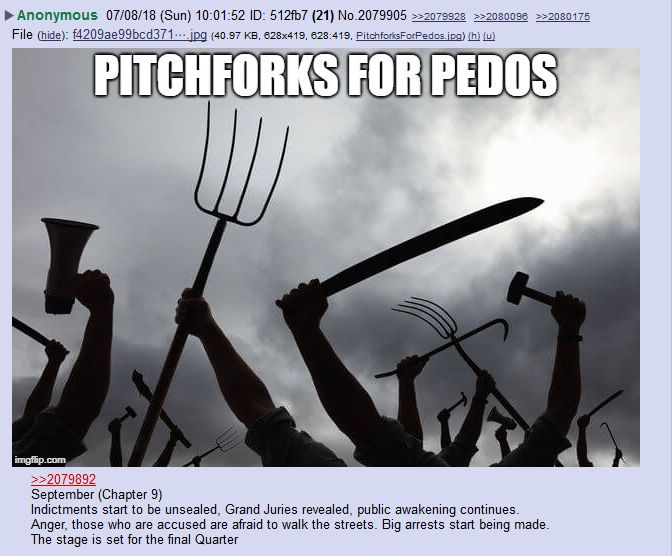 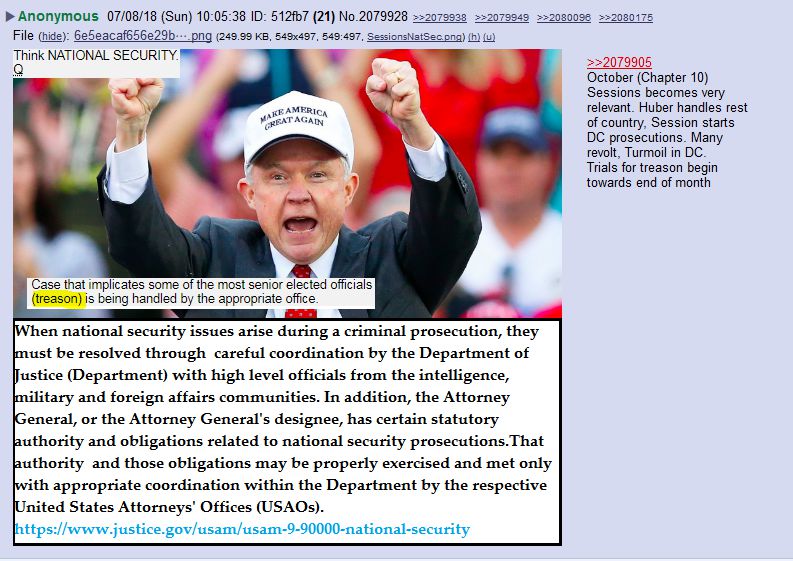 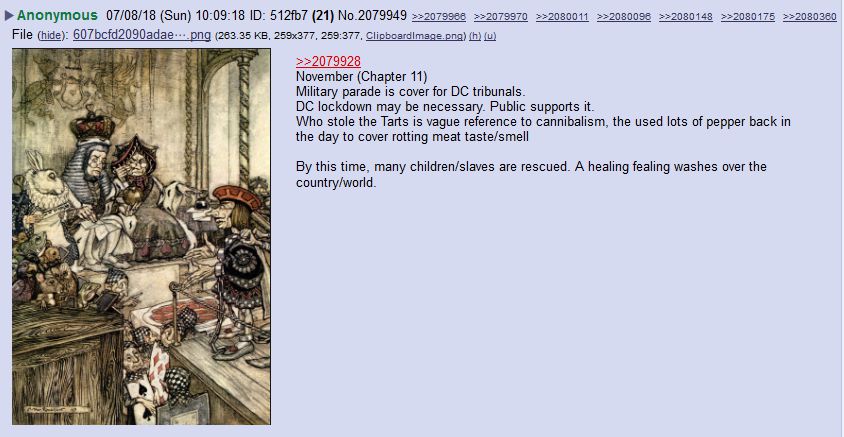 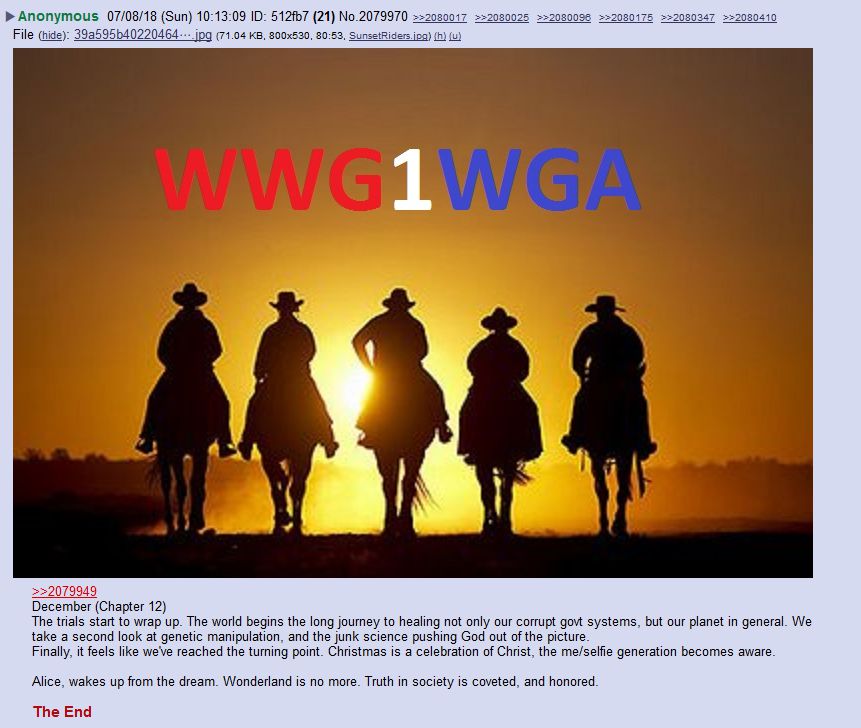 This all echoes my own thinking in terms of a tentative timeline. After all, we have some hard deadlines coming up, before which, certain events simply have to occur. Public disclosure has to happen in order to keep midterms safe. In order for there to be that huge military parade on 11/11, Trump has to unify the country before then. I will differ from anon here, though, in that I think the unsealing of indictments is going to begin happening much sooner than he thinks. He puts it in September. I’m thinking late July/Early August – at the very least in order to prevent more false flag school shootings. The entire point of waiting this long was to get those kids out of schools and in the relative safety of their homes. Many schools around the nation start back in late August.  You’re not going to make them targets again by drawing this whole process out that long.

I don’t think Qteam is going to hesitate here, especially because Q has already said they’ve moved up the time table, and President Trump has already decided to start the attack. I know we’re used to having to wait, and the suspense of it all, climbing up this “mountain” together. But there’s a tipping point just ahead, and it’s all downhill afterwards.