Before we get into #QAnon, start here: 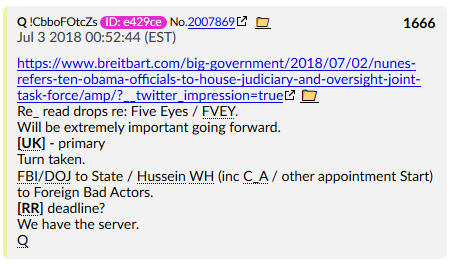 There is so much here. Let’s start with the link itself:

Nunes, in a letter to the chairmen of both committees obtained by Breitbart News, listed ten current and former U.S. officials who may have received or provided information relevant to their investigation….

Interviews with those officials could reveal whether the FBI lied when it said it began investigating the Trump campaign on July 31, 2016, after it received information from Downer after stolen Democratic National Committee emails were published on July 22, 2016…

Normally, intelligence passed on from a member of the “Five Eyes” alliance — Australia, Canada, New Zealand, the U.K., and the U.S. — to another member comes through an official channel for intelligence sharing.

Emphasis added here by me.

Those officials are Jonathan Winer and Victoria Nuland…

Go read the whole thing. I’m only giving you basic highlights here because of copyright and such.

Anon gives us a quick Q-review, so we can easily re_read all in one go: 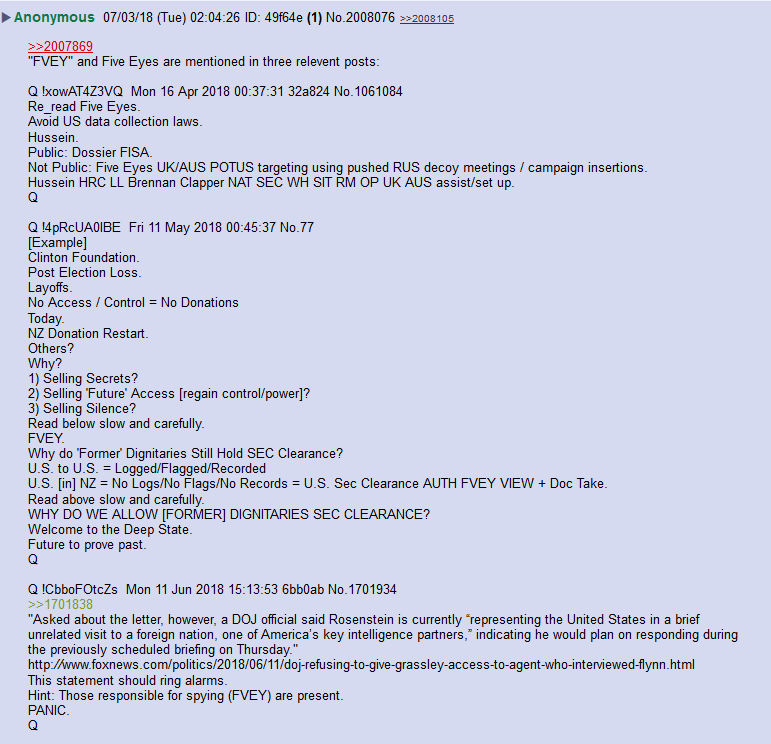 But he missed a few, so here are the others: 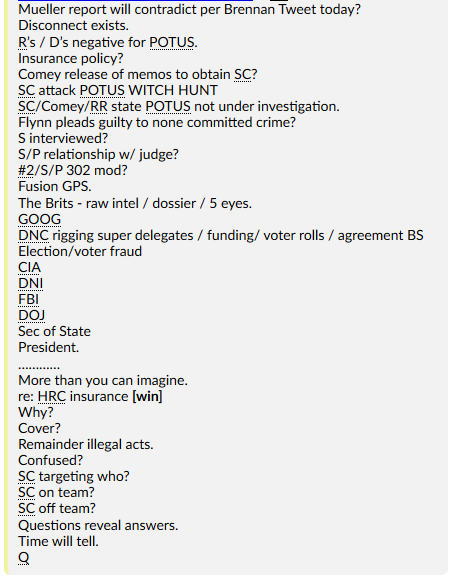 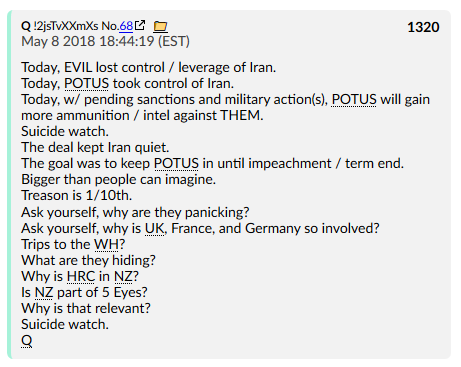 So what I think you’re going to see in the testimony that follows from all this, is the revelation of what these “unofficial channels” were; specifically who they involved. I believe Q is saying the UK was the primary point of contact for those looking to ferry information along these unofficial channels, and this will implicate the FBI, the DOJ, the CIA, and Obama’s White House.

And how is that for a #Boom?

“We have the server.” 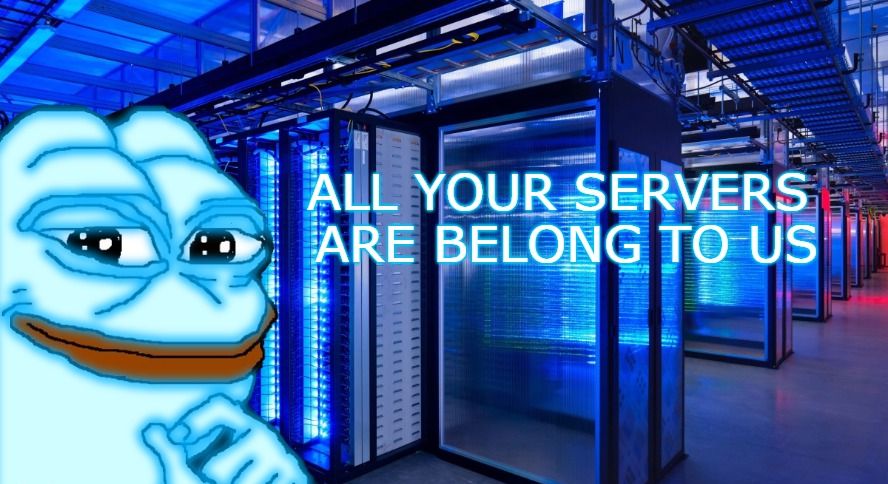 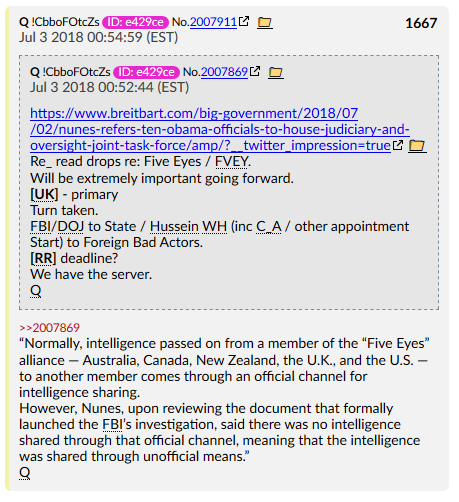 Q liked that line, too.

But in all seriousness, Q is emphasizing the “official” vs “unofficial” channels here for a reason. Unofficial channels implicate Obama (and, by proxy, HRC – and I imagine, many of the 13 Angry Democrats, if not all of them)! 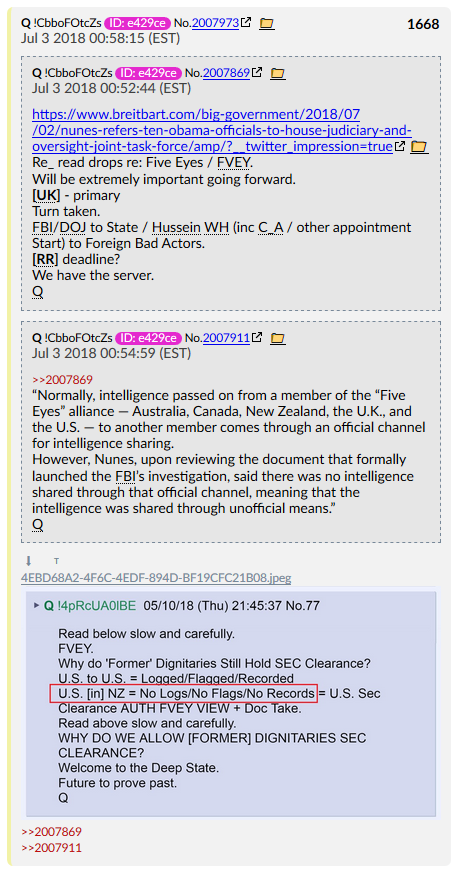 Here’s that image if you need it a bit bigger: 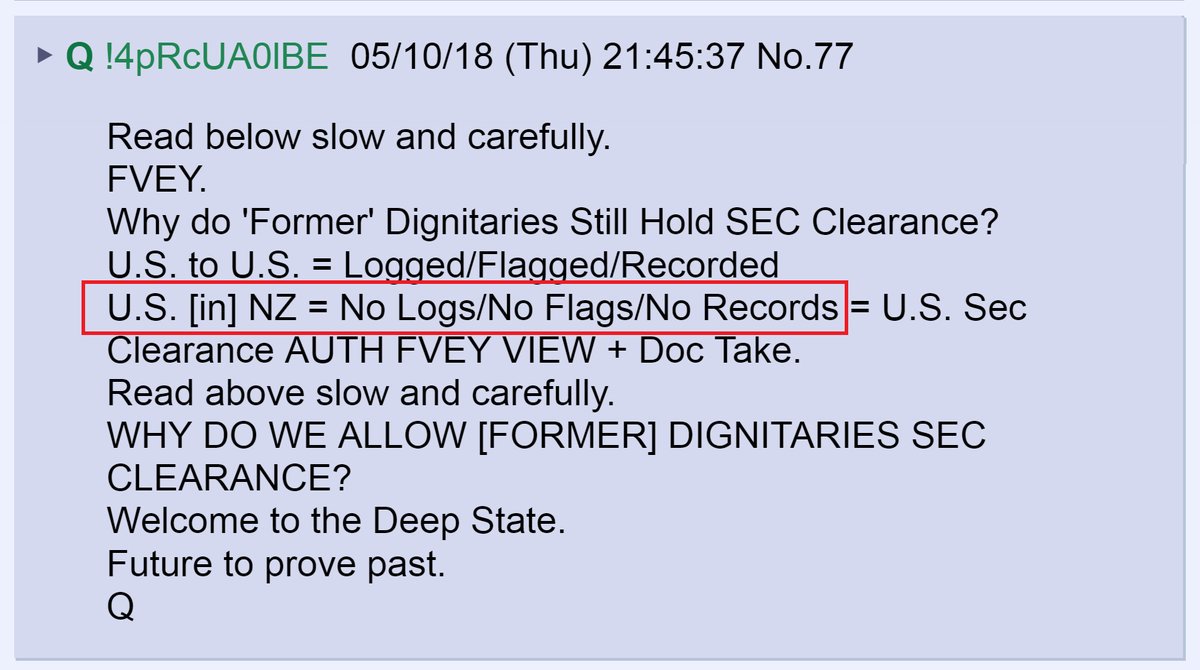 If you’ve been following Q for a few months, you have to remember this.

If the bad guys went through US agencies, there would be a “paper” trail.

Because they’re going through #FiveEyes, they can read whatever is procured without a paper trail, and take that intel with them.

The reason Qteam allowed this was to follow them and gather more evidence of crimes.

Like when HRC was allowed to go to New Zealand. She wasn’t getting away with anything. Her phone was comped the whole time, and they probably had agents tailing her everywhere, and satellites trained on her every move. She thought she was turning the tables. In fact, she was just adding fuel to the fire. 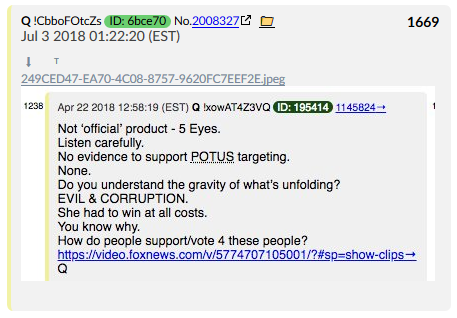 The corruption goes all the way to the top! 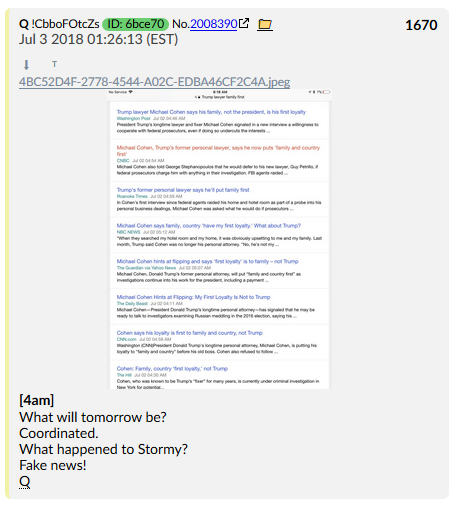 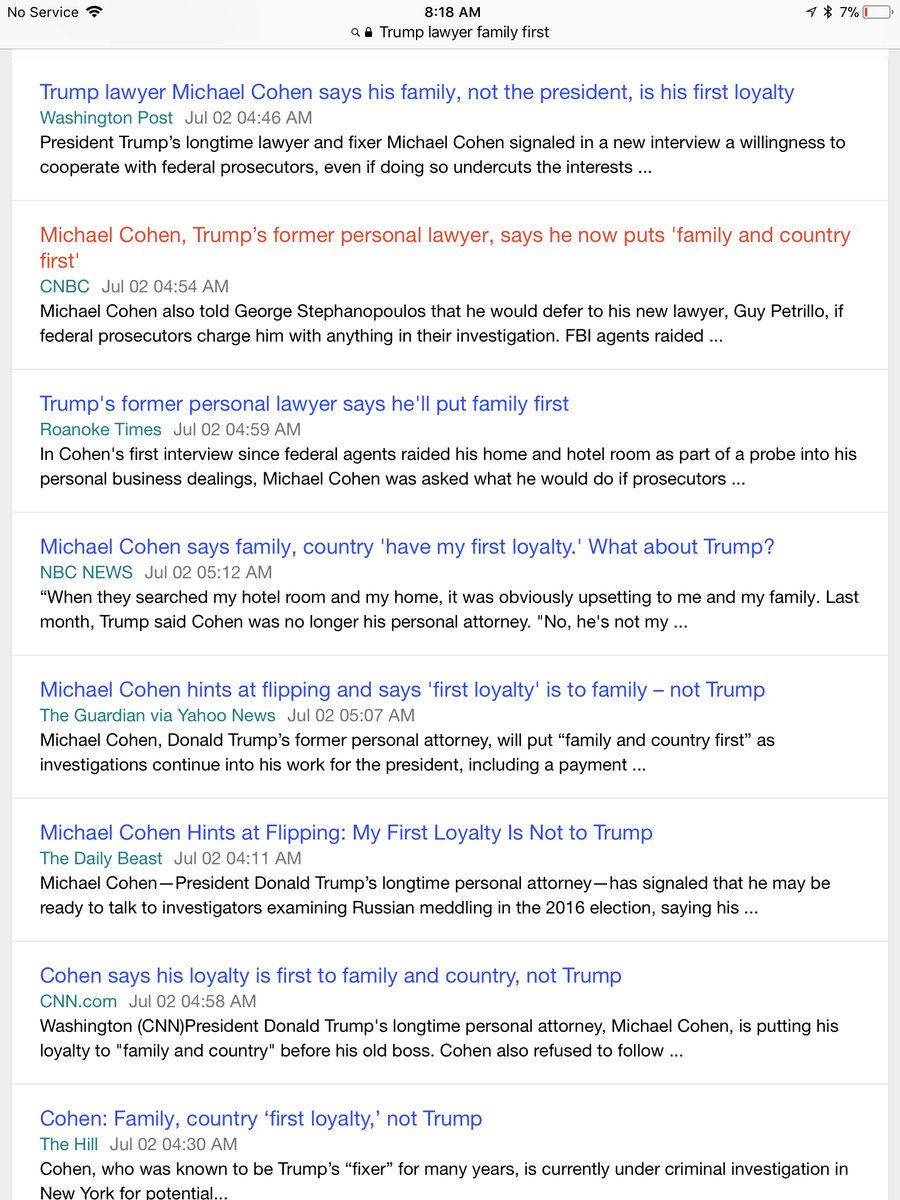 Stormy’s old news! It’s not sticking any more, so the tactic is to shift gears towards Michael Cohen.  And look at how all the Mockingbirds fall in line!

Hey guys, thanks for taking the time to read all that. Hope it was worth your time.

I’m not going to do the traditional Gab supporter plug here today. Instead, I’m going to let you know about my new threadless store, where you can buy all my lovely t-shirt designs, including the brand new Where We Go One, We Go All – Tigerstripes shirt. This is a men’s tri-blend t-shirt in navy blue, but we’ve got the design on shirts for women, children, long sleeve, short sleeve, hoodie,  heck – even shower curtains (if you’re so inclined).