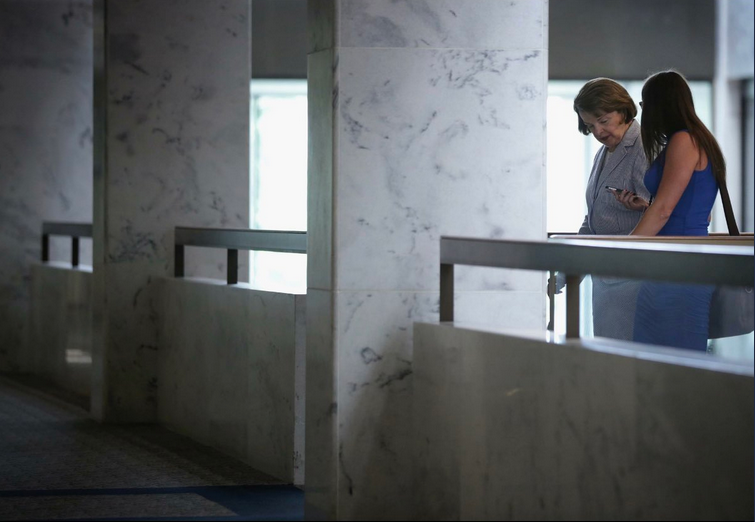 The news just broke. Former director of security for the Senate Select Committee on Intelligence has been arrested for leaking classified intel!

But this is much bigger than it appears on the surface, and I’m going to attempt to explain why.

Firstly, the full Wolfe indictment can be found here: https://www.justice.gov/usao-dc/press-release/file/1069836/download

And there’s a lot in this indictment – notably, that there were 4 reporters with whom Wolfe was in contact; two of which were female, one of which was male. And these are, of course, anonymously identified as Reporter 1, 2, 3, and 4.

And that would basically be where the story ends, except…

Except… one of these reporters has already been outed by their own news organization, no less. (Hmm… wonder why they would do that?) 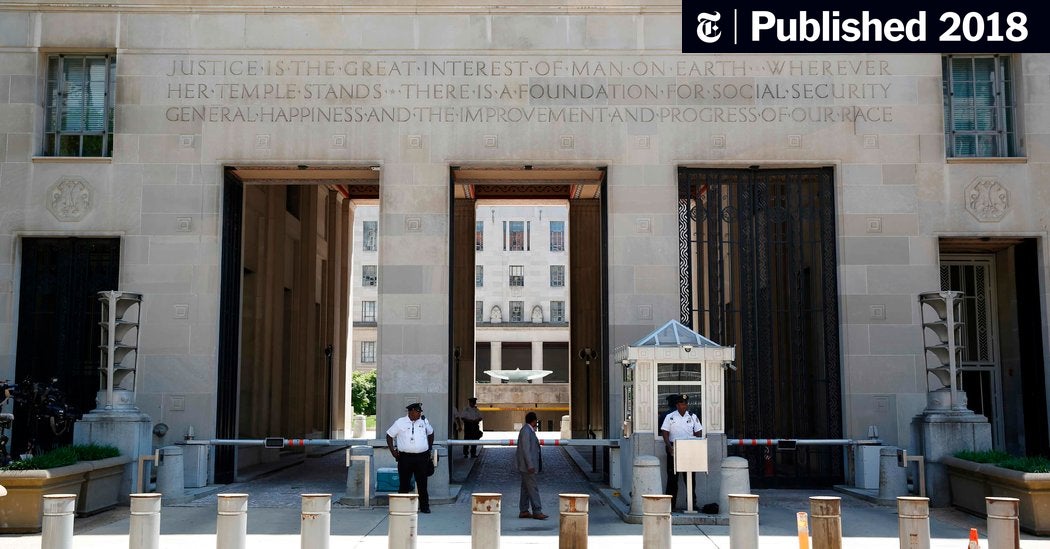 Federal prosecutors seized the records as part of an investigation into leaks of classified information to the news media by a former Senate aide.

Here, take a gander at her portfolio: 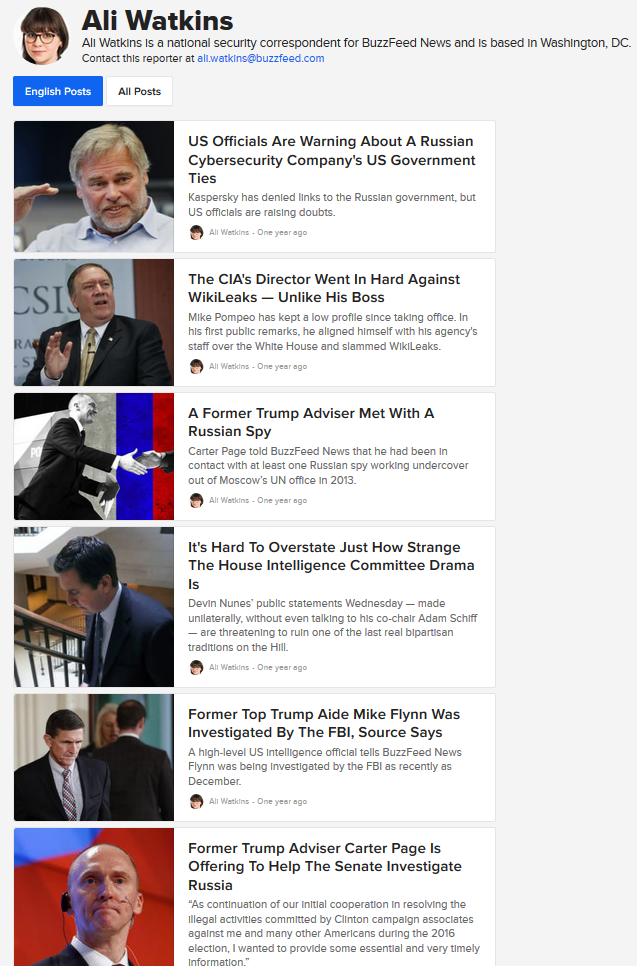 But what does this indictment have to say about Miss Watkins. About “Reporter #2?”

Well, grab your Häagen-Dazs, and turn on Lifetime, because we’re about to enter cliched romance territory. 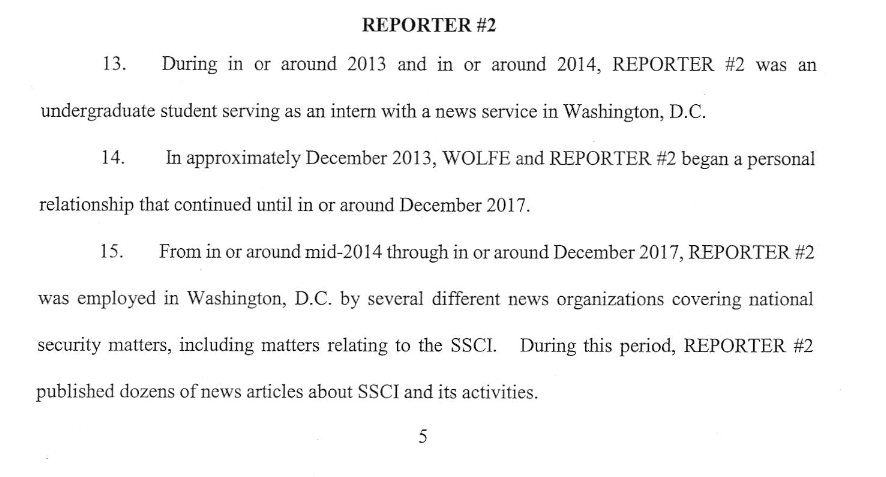 So…. 22 year old Watkins… was shacking up with 53-year-old, married Wolfe…. in exchange for intel… for FOUR YEARS.

They had already had this arrangement going prior to Trump. And when Trump stepped into office, they decided to turn against him. 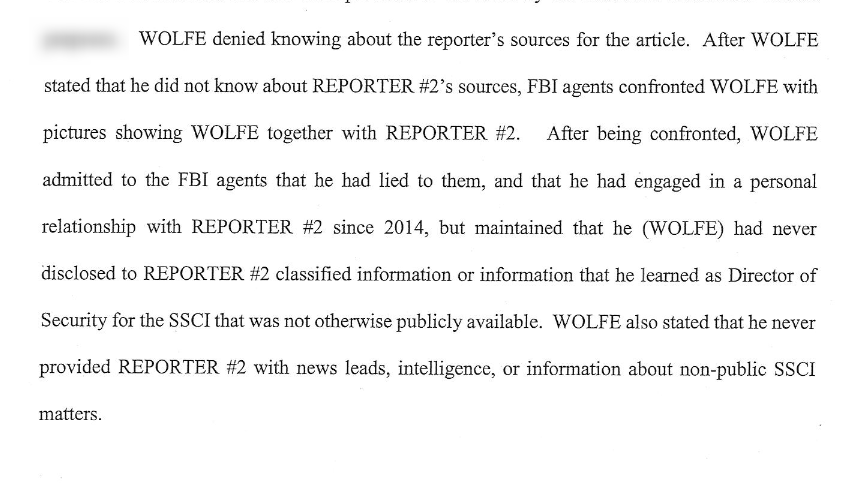 So this was bad enough that the FBI had already been investigating way back in 2014, during Obama. Wolfe had been caught by the FBI, on film, with his gal pal.

But, no, no, no your honor. We’re only sleeping together. I’m not sharing any national secrets with her.

Apparently, that was enough to keep them off his case for a few more years.

So this was as the relationship was falling apart/had already fallen apart.

Wolfie. You’re grovelling. There are always other interns to bribe-

Oh screw it, Wolf, that’s pathetic. You not only cheated on your wife for years, but you sold out our country just so you could get inside the pants of a soft-5. And let’s be honest here. I’ve seen her face. I know you’re old and look like a cross between a chipmunk and a creepy youth pastor who doesn’t play the guitar all that well, but…

No, no, wait. Come to think of it, it makes sense now.

You’re both scumbags. You were a desperate manwhore, and she was a #presstitute, both willing to do whatever it took to get what they wanted.

Boy, this headline looks a lot different now, doesn’t it?

Anyway, besides clandestine rendezvous, how did these two get away with it for so long?

Now where have I seen that before? 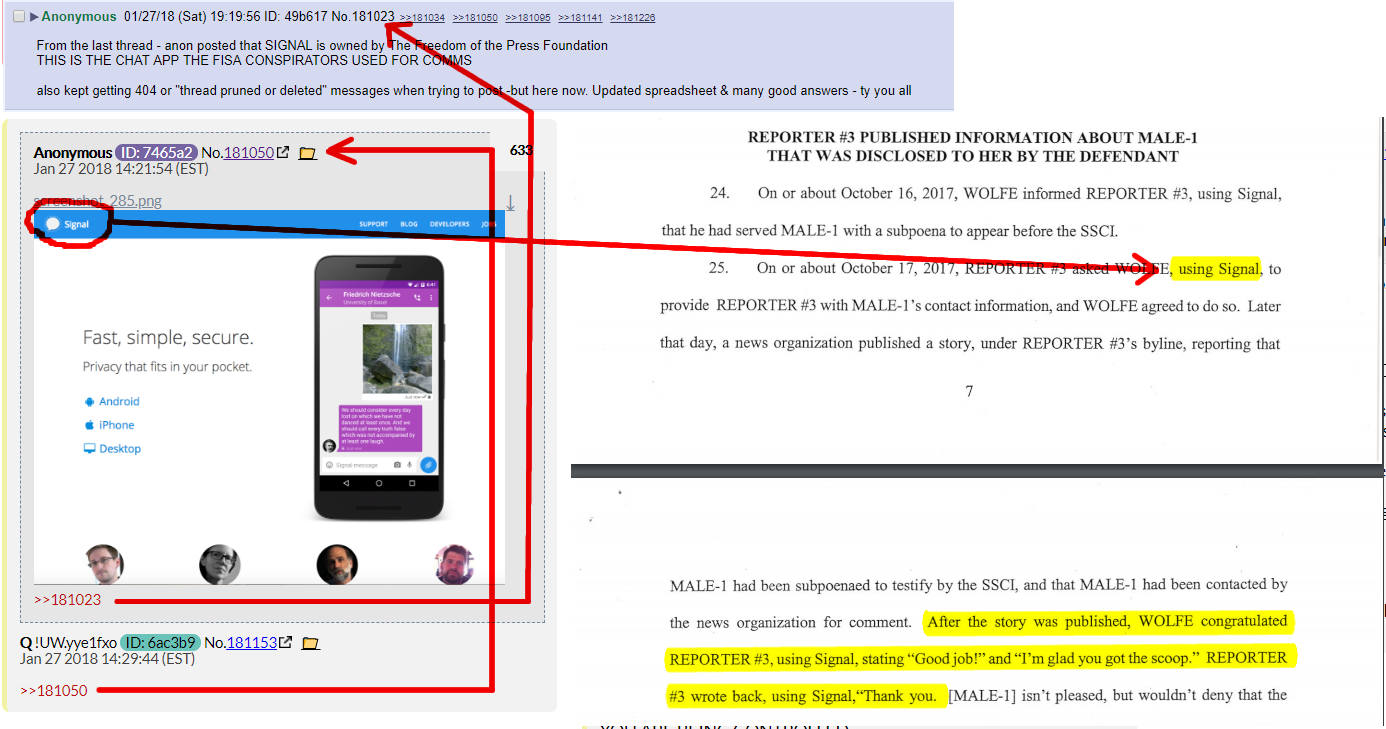 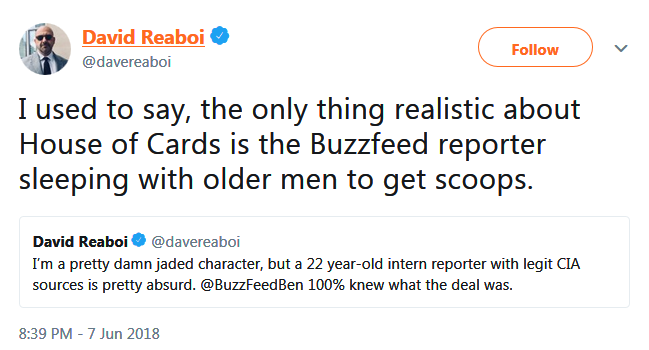 But this couldn’t have been Wolfe’s first hurrah. No, the man had been in the same position for 30 years. He had been leaking to multiple reporters at any given time.

Speculation as to the identities of some of those other reporters? 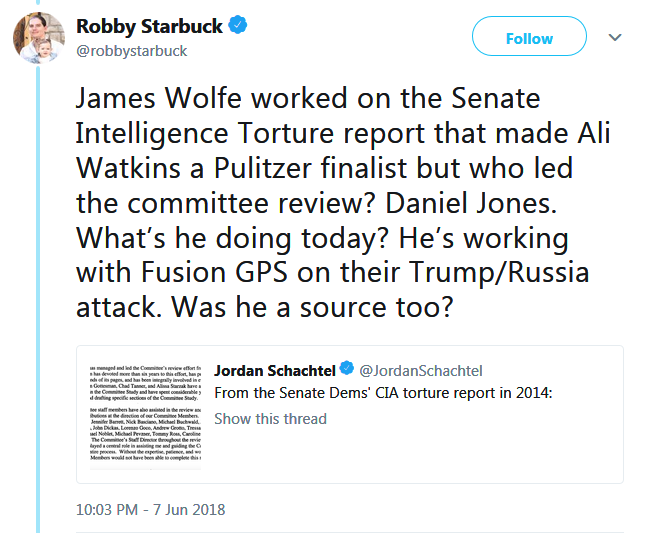 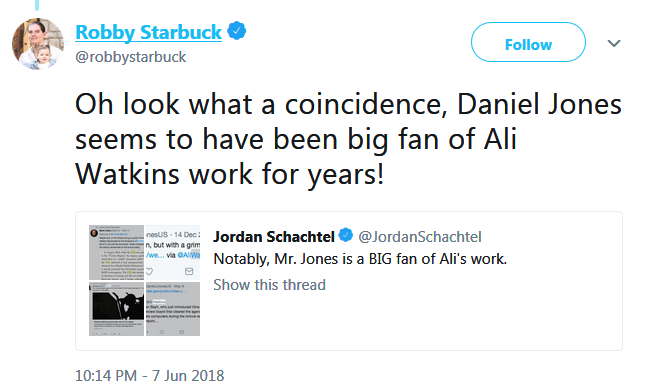 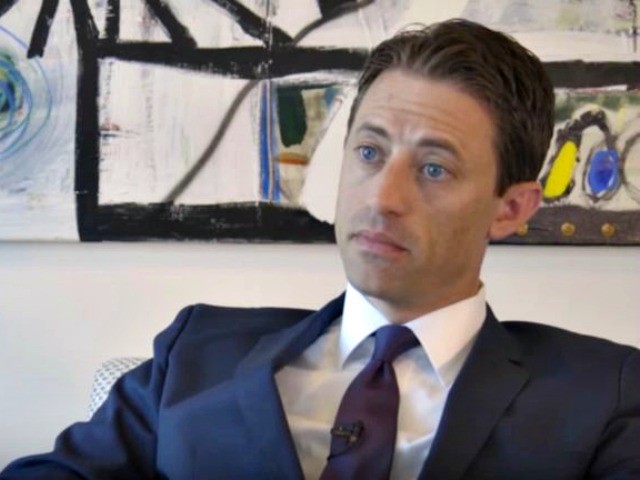 Dan Jones, a former Democratic Senate Intelligence Committee staffer and former FBI official, then hired author Christopher Steele and Fusion GPS — whose research formed the Trump dossier — to help him do that, and to give whatever they found to “policymakers on Capitol Hill and the press.”

Hmmm…. a likely candidate, I think.

And then there’s this one, with her one “scoops.” I wonder if Wolfe was sleeping with this one, too. 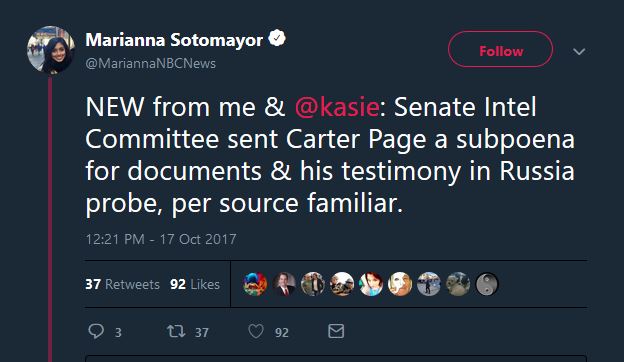 I work harder and do more research than these hacks. #Presstitutes, truly, the lot of them.

All they do is pat each others’ backs (sometimes figuratively, sometimes literally) for stories and congratulate each other (at least until they get caught).

Who was protecting him?

Who would want to strategically stuff leaked to the press?

Who would use an underling to accomplish this, and simultaneously allow them to keep their distance?

So now we’ve got junior senators, ex-staffers, lobbyists, and committee underlings all pointing back to Feinstein.

What about Ali though?

Wonder what was on the phone.

But now do you begin to see the brilliance?

Now do you see how methodical #QTeam is?