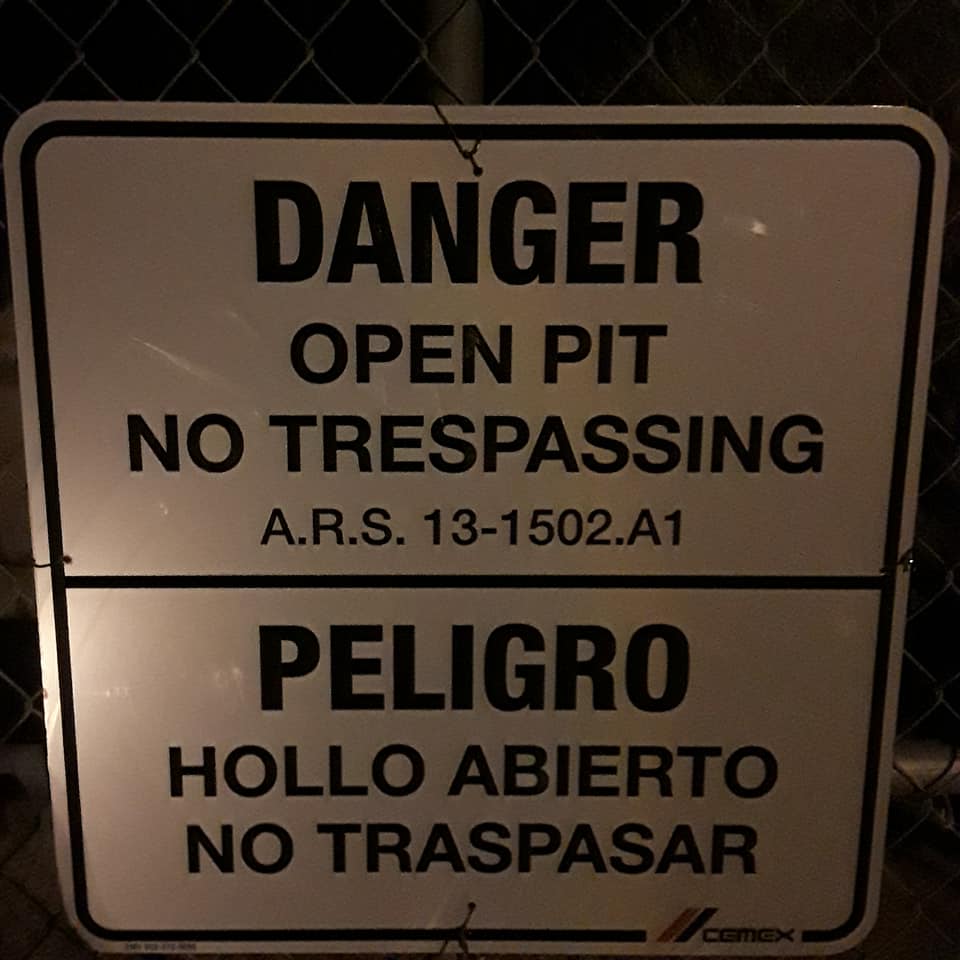 This is the fifth in a series of stories following the developing #ChildTrafficking scandal unfolding in #Tucson. You can find parts 1, 2, 3, and 4 here:

Deep in the Black Heart of Texas. #CEMEX #ComalCounty #WhereAreTheChildren

Got all that? Good. Because I need to bring you up to speed with what’s just happened:

“Operator Redbeard” has been out in the field for days now, working with volunteers to hunt down human traffickers running children through #Cemex-owned land in #Tucson, Arizona. The hunt was originally kicked off by the discovery of a human trafficking camp, complete with child-sized holding cell, outside of Tucson. Many decried it as just a mere homeless camp, and the site was subsequently bulldozed by authorities, making further examination and recovery of evidence all but impossible. But the video evidence gathered before then really spoke for itself and told a very different story from what the naysayers would have us believe.

Even the likes of Chelsea “Hubbell” Clinton weighed in on the issue last evening, attempting to label the situation as “Pizzagate 2.0.” 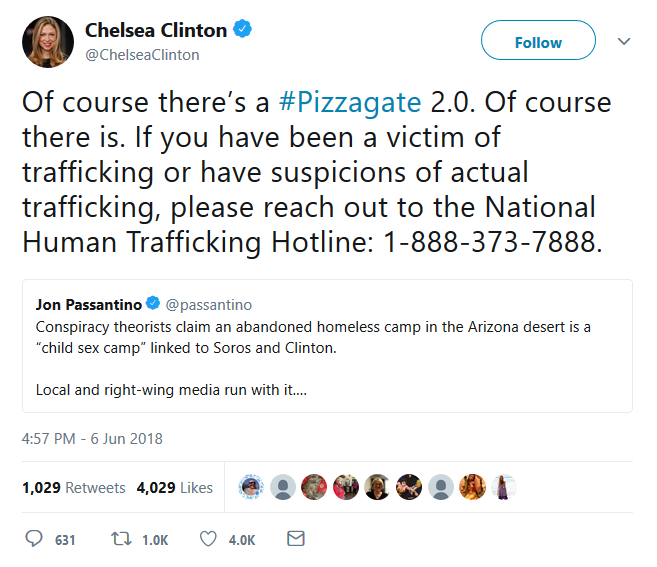 But methinks the lady doth protest too much, especially in light of what’s now been uncovered.

But before we get to that-

There’s been much written about Lewis Authur and “Sawman” Craig Sawyer since this investigation started. Many were throwing around all sorts of… not slander, exactly, but stories about these guys that brought their credibility and reputations into question. Stories that suggested they were just looking for their moment in the spotlight; that they were agitators, and untrustworthy.

I expressed some doubt on Gab myself, late last night: 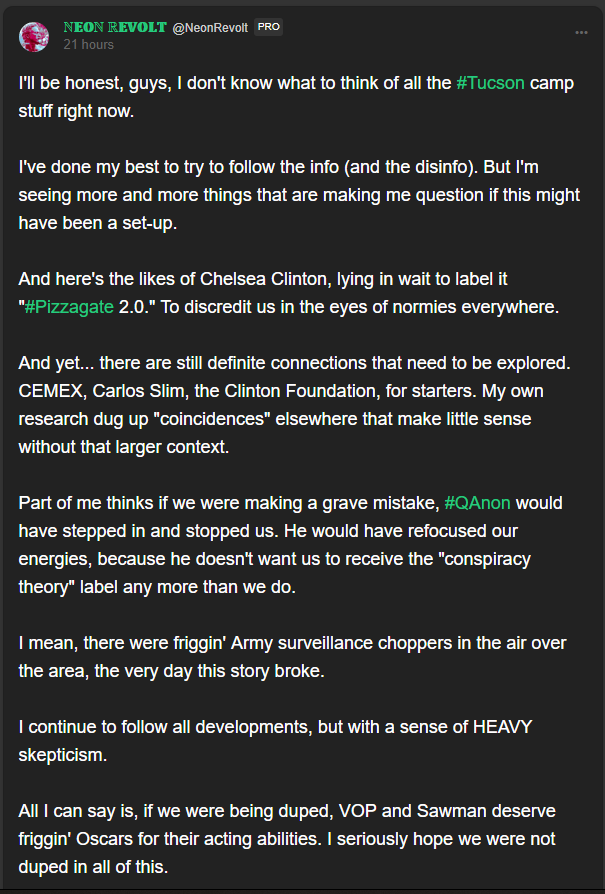 Healthy skepticism is always good, because you really have to be shrewd in these matters. You don’t want to end up playing the role of the useful idiot in someone else’s scheme, so you really have to think critically. Thankfully, since posting this on gab, I’ve had individuals come forth and contact me with information about these guys that filled in the gaps of those stories that would otherwise cast doubt on their reputations and previously-stated goals.

In other words – I feel much more confident in taking these guys at their word, and giving their efforts continued coverage. My sources have asked to remain anonymous for the time being, but because I’m comfortable with what they told me, I’m going to keep writing about this story as it unfolds.

And boy, is it unfolding.

Let’s talk about what’s happened in the past 24 hours.

Around a day ago, Operator Redbeard has VOP team send up drones, to help them start tracking things from above: 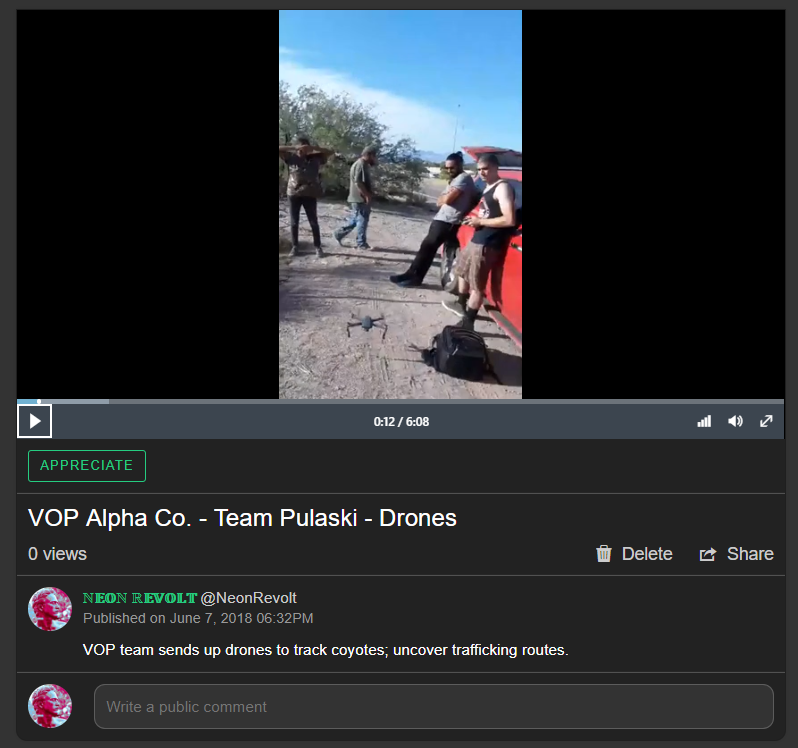 What they found were numerous sites that were inexplicably and recently bulldozed/demolished. 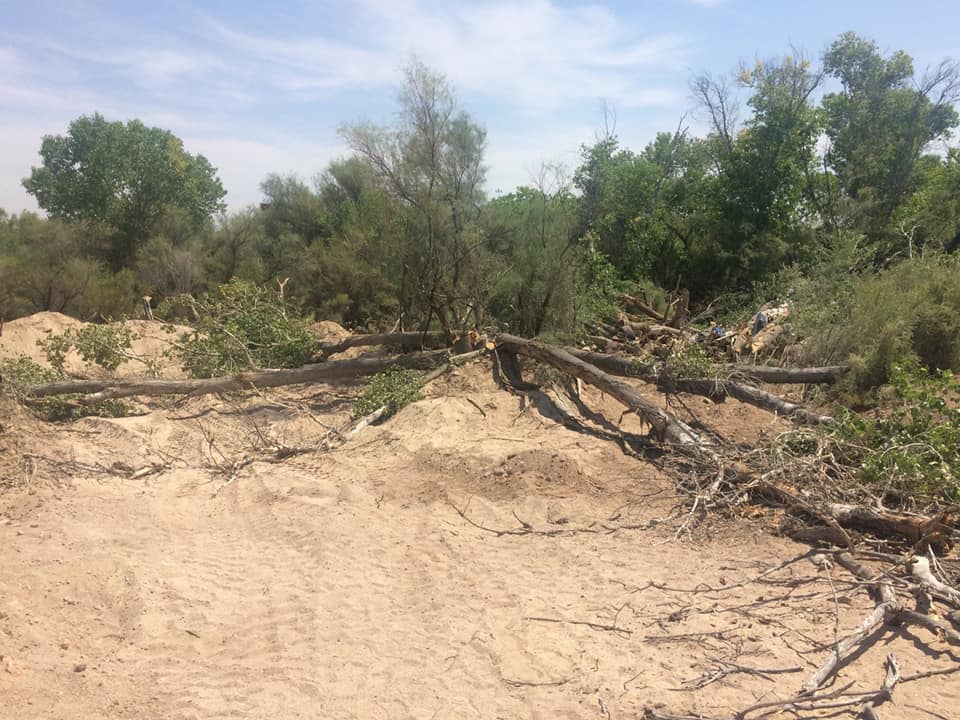 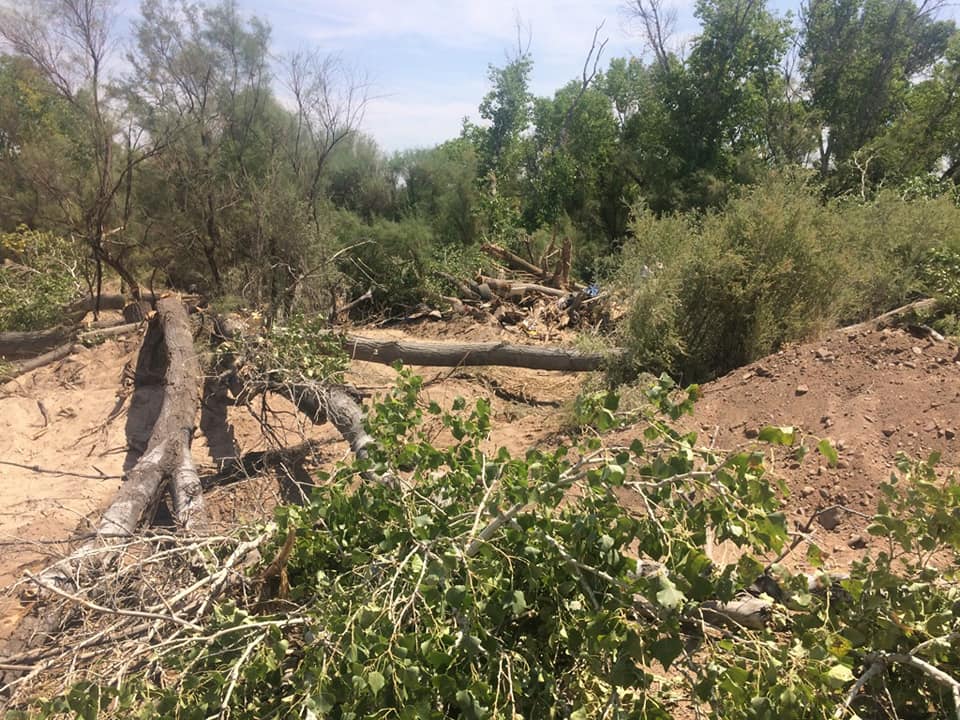 But they also picked up fresh trails and started dispatching teams to search different sites all over.

Which brings us to today.

Hot on the newly discovered Coyote trails, Operator Redbeard starts streaming today to report that VOP has indeed found what appeared to be a child’s body and skull.

Fair warning – I wouldn’t exactly call this graphic – but you will see a real child’s skull if you watch this video, and in the next few photos. 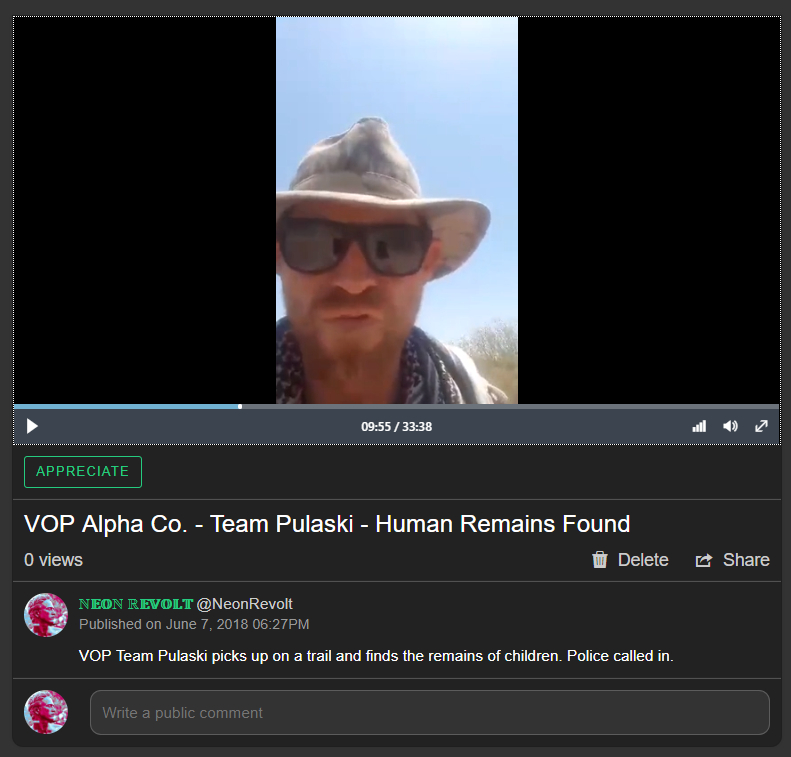 Operator Redbeard goes on to say that the body was seemingly dug up by animals, that the spine was still intact, and that it had what looked like limbs that had been sawn off. 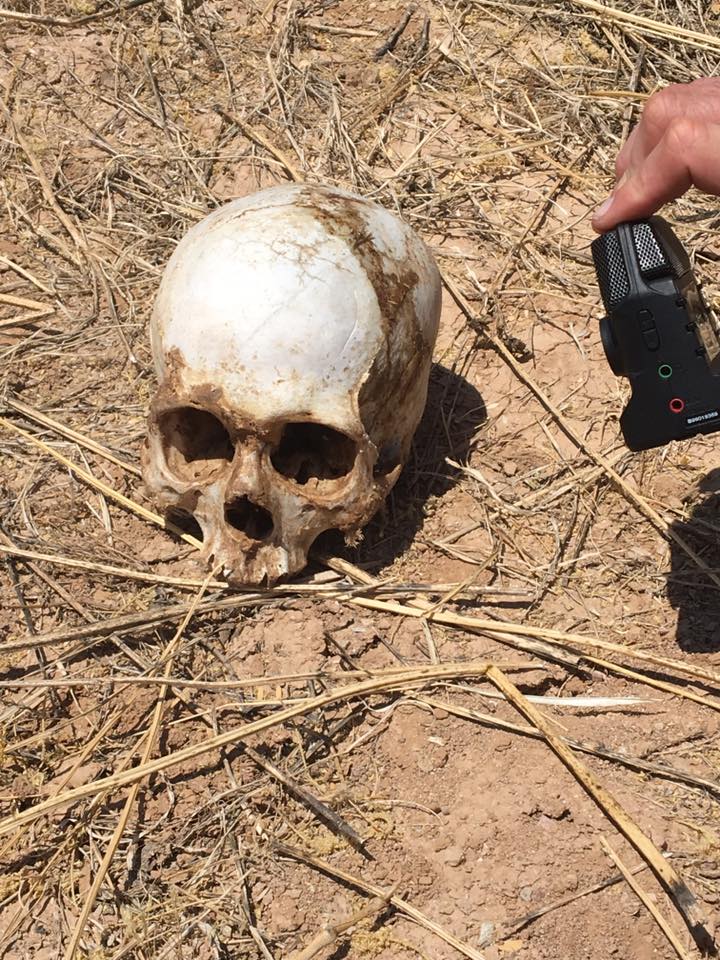 I think he’s about right for the age target, too when he says 9-14. Maybe a bit younger. And from the looks of it, it looks female, though I’m not forensic investigator. 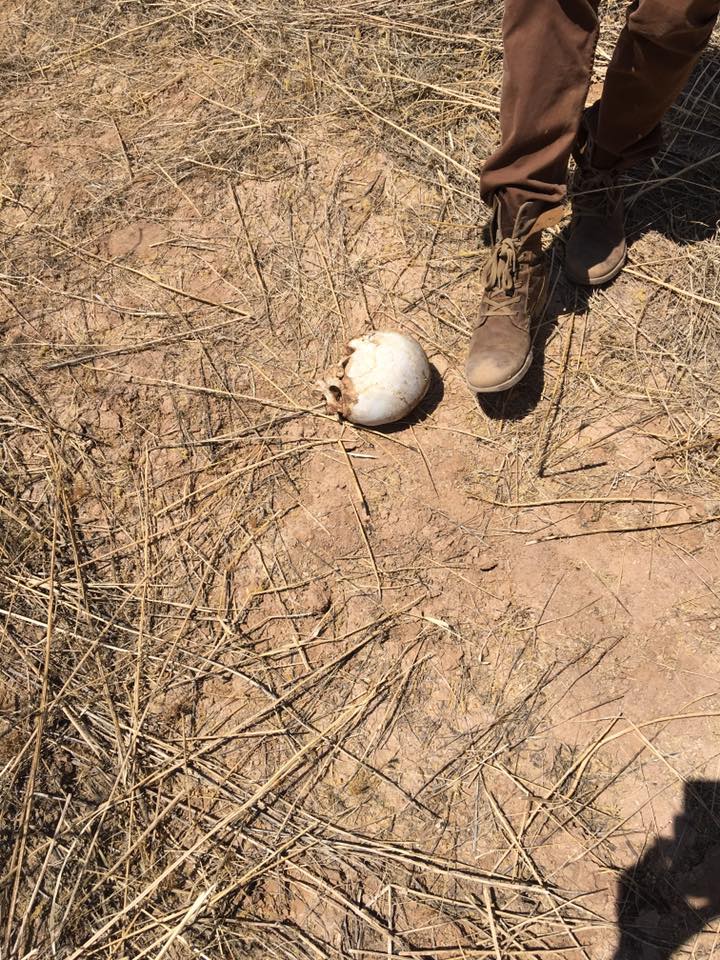 This is the location where they found the body: 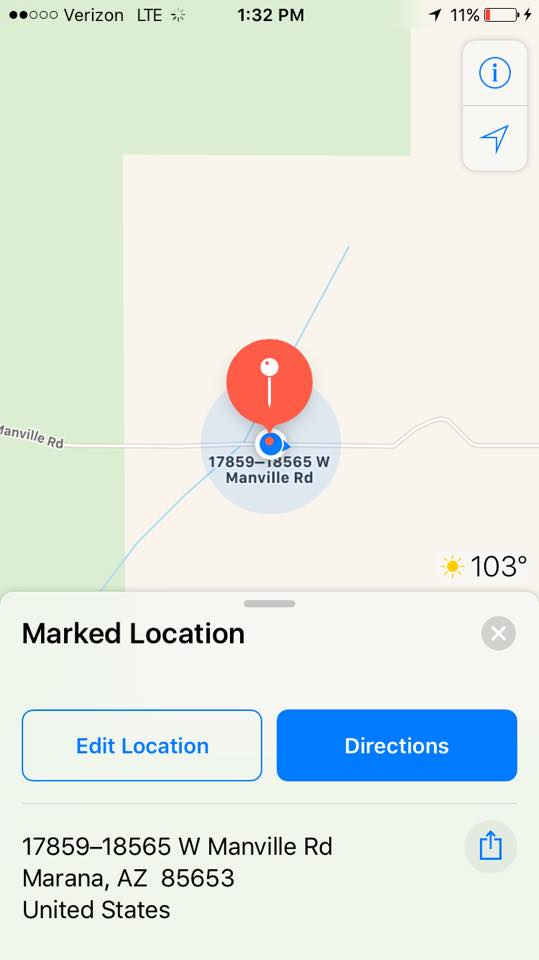 Police have been called to the scene, and now, well guys… I truly believe this is going to only gain momentum from here.

They can’t scream “Pizzagate 2.0” when there’s literally pictures of a child’s skull staring them right in the face.

Yeah, I think you should.

I want you to recall for a moment the Desert Diamond Hotel and Casino, which I mentioned in my first article. This was the Casino on reservation land, where 50% of all drug busts in the nation happen? The one with land that backs right up to the border? The one very close to the first site, and which just so happens to have pedo-symbols in its logo?

#Anon put these images together for us (and if I had to guess, I’d say this is the same anon who put together those images about the Epstein’s island tunnels, which I covered some time ago).

I’m with Anon on this, though. This looks like some kind of funnel, strategically positioned as part of a much larger operation. 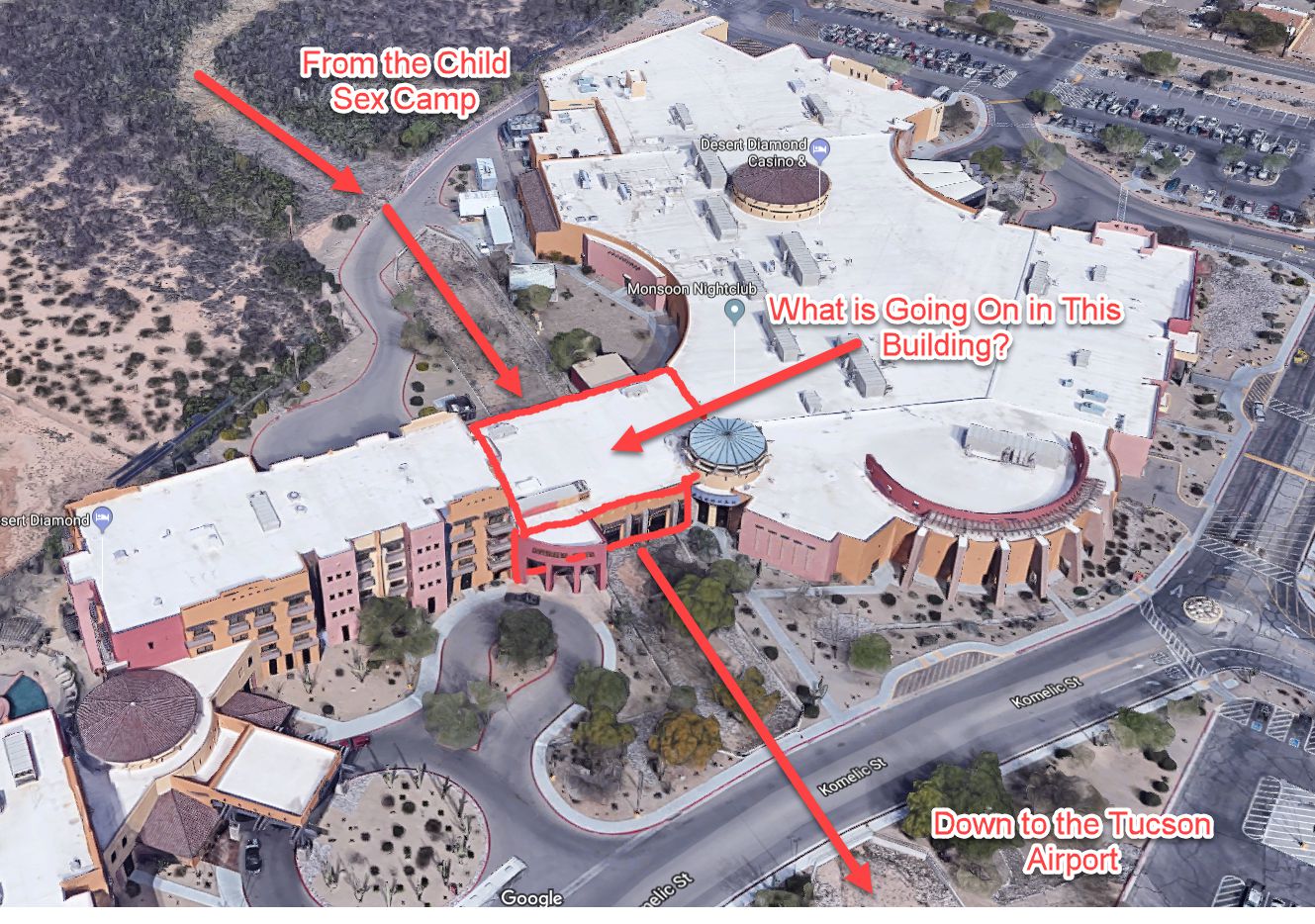 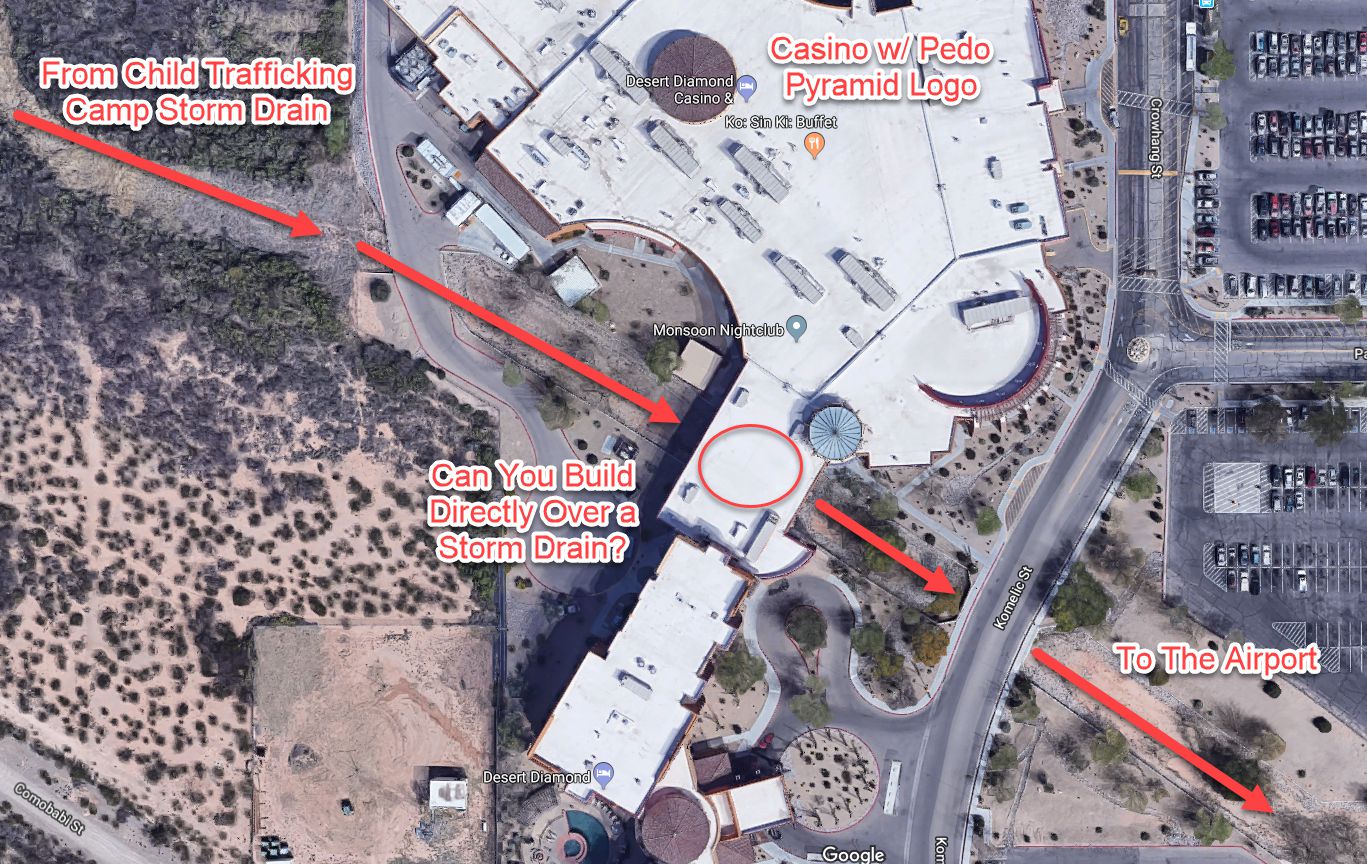 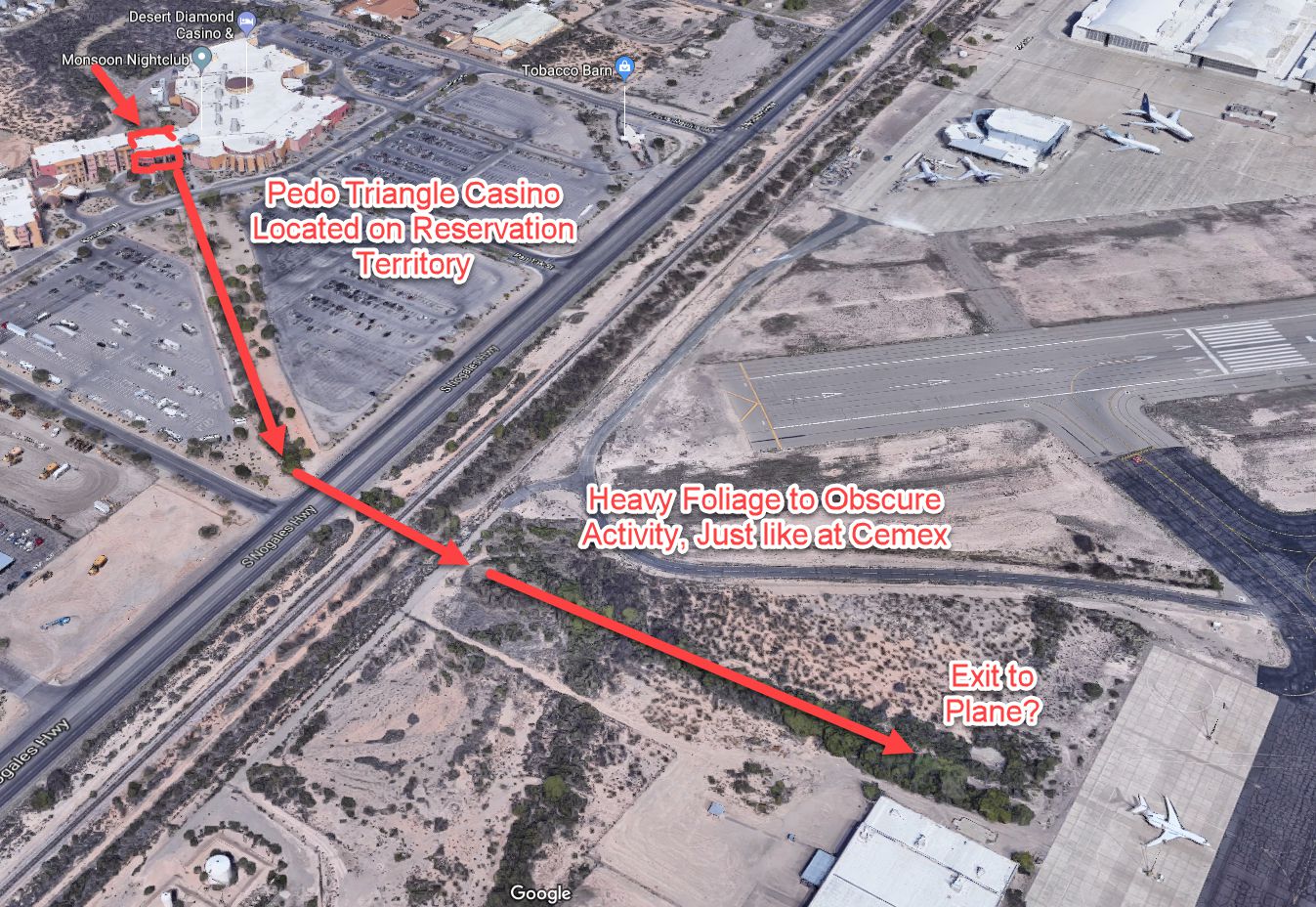 Guys, I’m really beginning to think we’re on the cusp of blowing this wide open, and forcing the rest of the American public to face facts about the grim reality of child trafficking in this nation.

This operation looks massive. It looks coordinated. And I can guarantee you, this isn’t the only slimy tentacle of #TheCabal slithering up, through our otherwise great country.

Pizzagate is coming back around in full-force, and this time, they won’t be able to gaslight their way out of it.