A Legionary approached me tonight with some questions:

I gave him a bit of an extended answer, but I’m going to give you a short one (then followed by a longer one).

So how do I do all this and maintain my sanity?

The stuff we see coming out every day is truly heartrending. If you feel like it’s too much, that the darkness is too oppressive – it’s perfectly alright to take a mental health break. I’ve recounted it before, but when the #Pizzagate stuff was first breaking all those years ago, I would sit with the rest of the researchers on the boards, and I would get to a point where I was so exhausted and worn out, I would shake and I would have these involuntary tears rolling down my face. It was so dark, and the evil was so palpable – and then to have the media gaslight us all, trying to paint us as crazy conspiracy theorists…

How could they say such heinous things! The evidence was right there, plain as day! Infographics were flying left and right, compiling more and more evidence into irrefutable packets of knowledge. It was impossible to deny! And yet, here they were! LYING!

But the world didn’t rest on my shoulders then, and it doesn’t rest on your shoulders now. You were never truly meant to deal with the kind of evil we’re seeing exposed on a daily basis. Know that truly – It’s okay to step away for a bit (or even longer than however you define “a bit)” and recharge.

But to get back to the question at hand – How do I keep doing this, whatever Neon Revolt is at the end of the day…

If I didn’t believe that one day, all these wrongs would be made right…

If I didn’t believe in the ultimate triumph of LIFE over DEATH!

I wouldn’t be in this fight.

That’s the amount of power it takes to literally raise the dead and leave a “photograph” on grave wrappings. 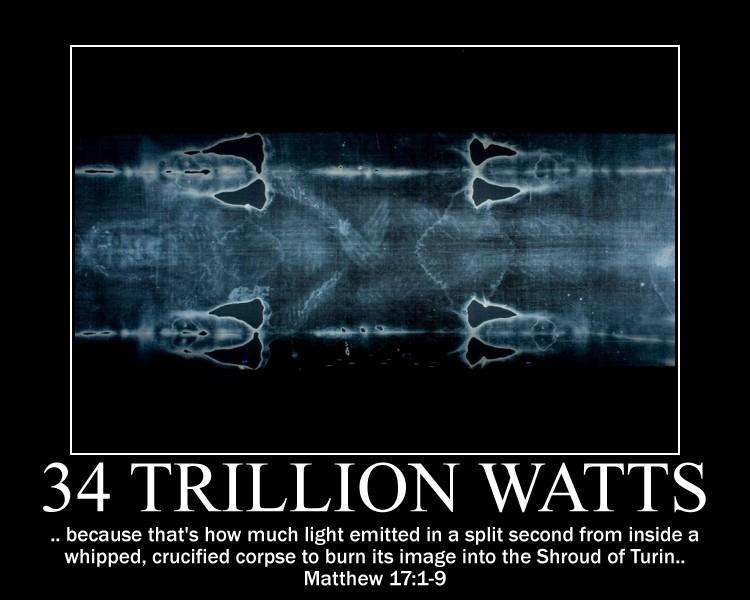 To be clear – and this is something Western conceptions of Christianity get wrong – the ultimate goal of Christ is to literally raise all of humanity from the dead, and recreate the heavens and the earth, without sin, without death, without suffering. You don’t just “go to heaven” where you float around all day, disembodied with a harp among the clouds forever.

No, the true gospel is about ultimately setting all of creation – including you – right.

Think about it! What did Jesus do after he conquered the grave and Hell?

He came back, laughed with his friends, enjoyed meals with them, and even cracked a few jokes, such as when he his disciples were all talking about him after the crucifixion, huddled in a room, full of fear:

That Sunday evening the disciples were meeting behind locked doors because they were afraid of the Jewish leaders. Suddenly, Jesus was standing there among them! “Peace be with you,” he said.

Except… we lose a bit in translation, don’t we?

What is “Peace be with you!” in Hebrew/Aramaic?

So Jesus literally appears to this huddled, fearful, overwrought group who think their master is still dead, and the first thing he says to them is, “Hey guys!”

Do you not see the sense of humor! Can you not just see the smirk on his face? Jesus just conquered death and hell itself, and now… What’s the first thing he chooses to do?

He CHOOSES to go and hang out with his friends.

When the scriptures speak of “Judgement,” if we have lead lives of repentance and striving towards union with God, that “Judgement” falls in our favor, and against our Enemies. Everything taken from us, everything robbed, all our suffering – it’s all counted in our favor and REPAID multiple times over!

You Yourself have recorded my wanderings. Put my tears in Your bottle. Are they not in Your records?

THIS is the good news of the Gospel. Not that you get to solemnly feel guilty about every mistake you make until you die, but that when Jesus says, “I have come so that they may have life and have it in abundance,” HE MEANS IT LITERALLY. Every wrong thing UNDONE. Every hurt, SOOTHED. Every loss, RESTORED!

If I didn’t believe that, I would lose my mind, knowing that all of this is essentially meaningless. None of the suffering would matter for anything. Nothing will ever be made right. “Right” itself would be an illusion unto itself. Nihilism, that dreadful disease of the mind, would emerge victorious, and turn me into a self-serving villain. Thank God that’s not the case!

But what we’re seeing now, with Trump, with Q, with the good guys – for ONCE – claiming victory over the bad –  THIS IS JUST A FORETASTE OF WHAT IT THE RESURRECTION WILL ULTIMATELY BE LIKE.

And the Shroud of Turin is just one more witness to the FACT that LIFE TRIUMPHS! CHRIST CONQUERED! And he uses IMPERFECT PEOPLE (such as myself) to advance to goodness of his Kingdom in tangible ways, every single day.

I keep telling people – don’t look up to me! Don’t think I’m doing anything special! I’m a seriously flawed human, full of weaknesses and shortcomings. The only thing I try to do is repent, and do the work set before me; the work I feel called to do, to the best of my ability.

And the beauty is, we’re all called to the exact same thing! Sure, we’re given different skill sets and different spheres of influence – but God calls each of us to some kind of work, every day. What that work is, specifically, is for you to discover.

And it doesn’t have to be anything extravagant or “important.” Take the work of Fr. Mardarios, below: 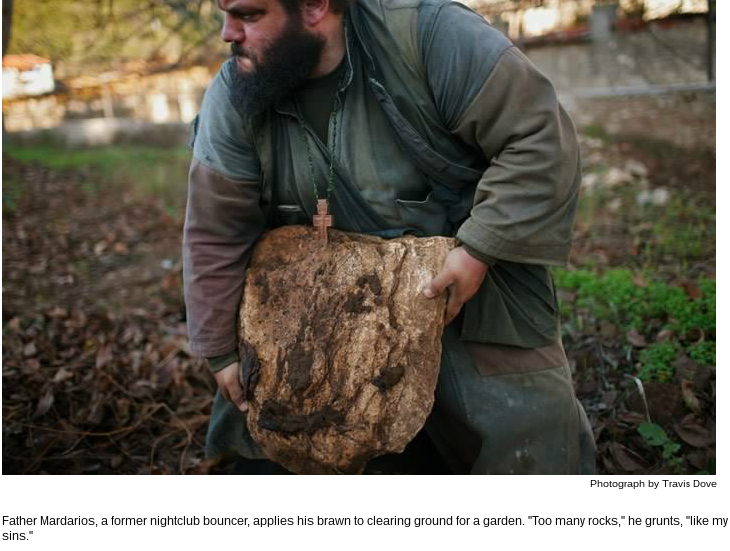 If we all mindfully took this approach to our lives – instead of mindlessly indulging in all manner of materialistic pursuits for the sake of temporarily satisfying our various appetites – mark my words, the world would look very different.

And to be clear, I don’t believe just because of the Shroud. While I do find it to be one incredible witness among many, I’m not sure it would be right to say any one in particular convinced me.

But #Anon put together this massive series of posts together on the Shroud of Turin a couple of years ago, and I find it one of the single most compelling pieces to have ever come out of the #chans.  Really take time to read through it. It’s astounding stuff.

And don’t worry if you can’t see all on my page – there’s a link to the full-sized version right below the image.

I keep getting told I’m doing “good work” here on the site. I suppose that’s true to some extent (imperfect as I am), but the larger phenomenon people are picking up on, is, I think, related to “goodness.”

Humans everywhere are hungry for goodness; we’re starved for goodness! Goodness is something we all instinctively seek, because it shows us the way to true life.

Well I’m here to tell you that Christ is Goodness incarnate, because he is Life incarnate. And he’s not some distant, pious, unapproachable, humorless, immaterial being – but literally God with us, who experiences life the way we do, who knows our pain and shares our cares.

We are in a Great Awakening, people, and the best part is, it’s open to everyone.

My best advice for you is this:

Confess, Repent, and enter into the Sacramental Life of the Church! Never tire of doing the good work set before you! And if you do tire and slip and fall – pick yourself up and start again.

And I seriously mean this when I say this –

But may you truly know God, and may He bless you all the days of your life!