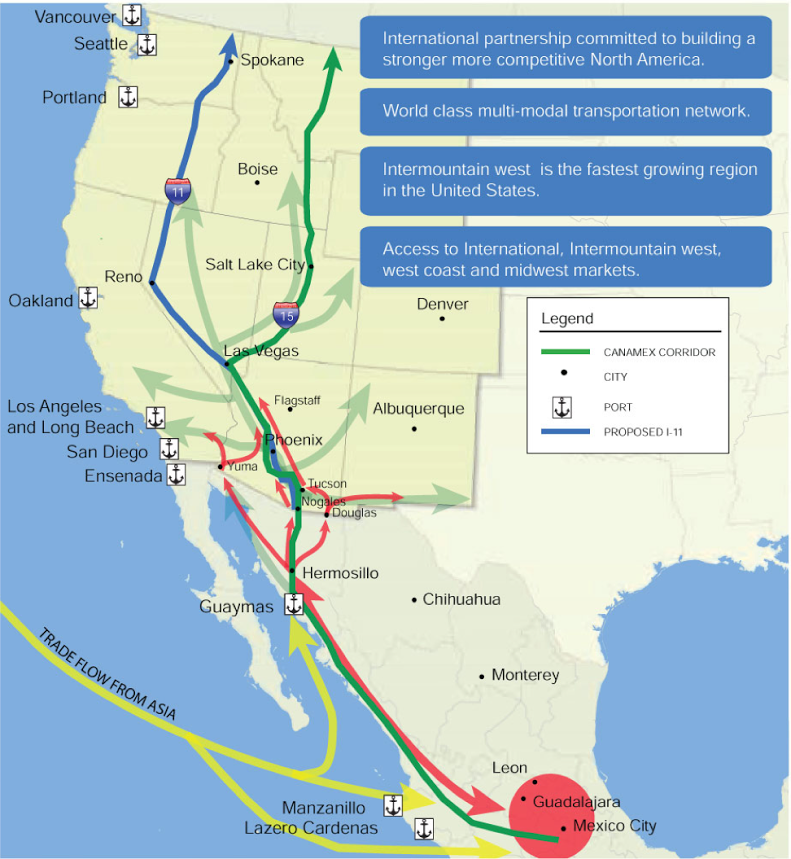 This is the third post in a series following the recent uncovering of a #HumanTrafficking / #ChildTrafficking camp in #Tucson.

If you need to catch up with this absolutely astounding story, here are the first two posts you need to read:

If you’re all caught up on that, keep in mind that this story is rapidly developing, and you’ll recall from those last two posts the unreal connections that were being uncovered by anons, in real-time.

One #Anon summed it up thusly, last night:

And he’s right. This is what, well… pretty much everything looks like so far: 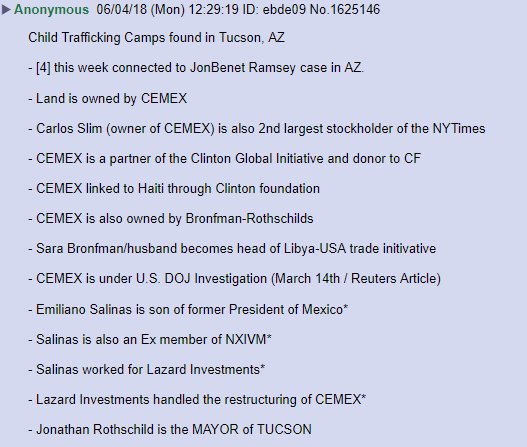 The only things I would add are that we’ve since received word from our VOP operator-on-the-ground friend (I haven’t been able to find out his name, so I’m going to call him Operator Redbeard from this point out. Other anons have called him /beardbro/) that they found blueprints for an underground complex, including a railway, holding cells, and a “church.” Those blueprints, to my knowledge, have yet to find their way online – but you can be assured that if I can get my hands on them, I’ll be posting them right away.

UPDATE: Carlos Slim was previously one of the largest shareholders in CEMEX, before he sold off his shares.

I will also add here that the serial killer tied to the JonBenet case has since been found, dead, in a hotel room he had been living in for a while:

If that doesn’t look like a clean-up job, I don’t know what does.

Oh, and about all that…

And personally… I find that really unexpected.

What I believe CDAN is implying here is that that JonBenet’s older brother Burke hired a hitman to cover up his tracks, making him the guilty party in her death. (Now, for journalistic reasons, I’m not saying I endorse that view. I’m just reporting on CDAN’s implications).

Some commenters had some insights into the matter:

WARNING: these comments contains descriptions of child abuse that can be just… they’re rough.

The above comment makes a lot of sense. The murder was a fluke. It was never meant to happen. But she was being pimped out, all the same, in all likelihood.

So, that’s where we’ll leave that thread in the story for now. The rest of the thread can be found here: http://www.crazydaysandnights.net/2018/06/blind-item-12_2.html?m=0

Former Navy SEAL Craig Sawyer, who you should remember as the guy who posted video of the “holding cell” at the camp, provided this update today:

As for what’s happening on the front-lines in Tucson…

Operator Redbeard gives us another update, and tells us that, yes, they’re about to deploy to another site they’ve found, and they’ve found a lot more evidence that yes, this is a human trafficking operation – and not some homeless camp like the local media is reporting. I archived the video up on my Gab, so click the image or the link beneath the image to watch: 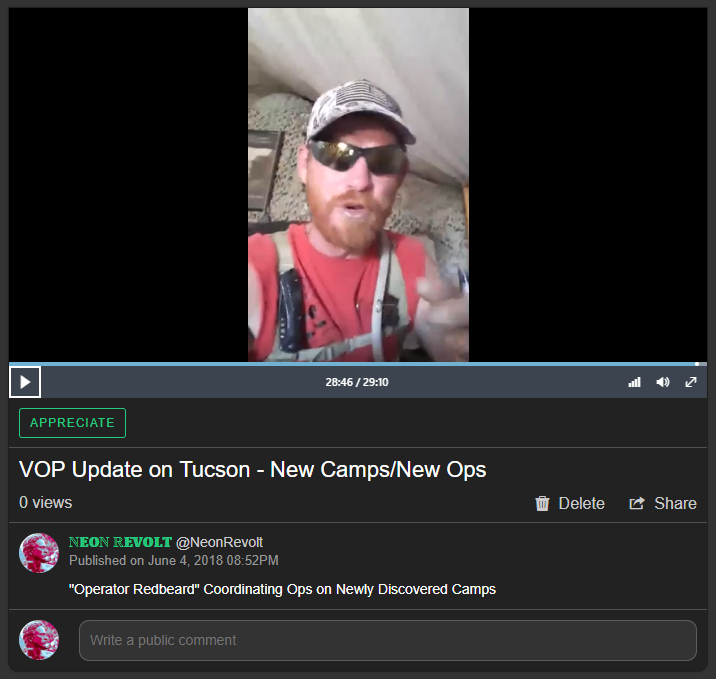 And if there’s nothing else you listen to in the video – listen to the last minute-and-a-half to understand that guy’s heart. Amazing stuff.

The really good news is that they were actually able to start coordinating with local law enforcement, so it looks like not all hope is lost on that front.

Most importantly – they’re coordinating on an operation to locate and uncover this underground trafficking corridor, and rescue any children held within.

They’re literally going in with law enforcement and border patrol, armed, ready to fight ANY opposition they encounter.

This is like a literal wartime operation. These guys are volunteering to go into battle and save these kids.

Pray hard for these brave warriors.

One anon summed up some important points of the video:

And another anon concludes:

These were pulled from halfchan, where they are now running /Tucson Trafficking General/ threads around the clock, in the spirit of the old /HTG/ threads:

This first image purports to show #CEMEX trade routes, up from Mexico, into the US.

Note, not only the routes straight into Tucson, but the overseas routes leading in to Mexico, first.

This could potentially tie back into the kind of trafficking I covered back in April:

The “Skin of the Gods!” #TheCabal’s Obsession with GOLD! #QAnon #GreatAwakening

This map shows a bit of what Operator Redbeard was talking about, with the routes going through the Reservation there, right up to the border.

This is where any battles taking place will happen.

Again, pray for /ourguys/. They’re literally advancing into enemy territory and attempting to save innocent kids. 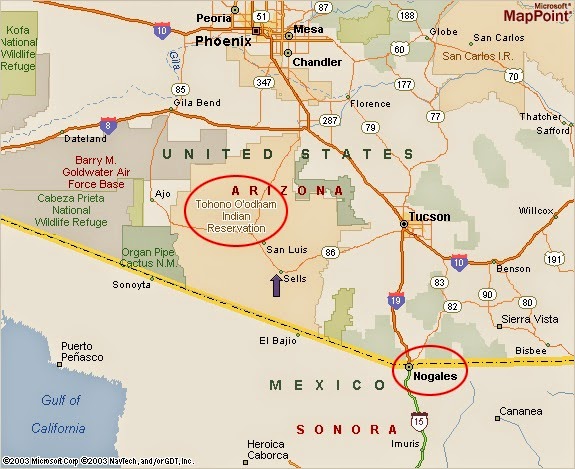 Getting back to the #CEMEX issue, one anon decided to look into CEMEX plants around the country, and found some common denominators: 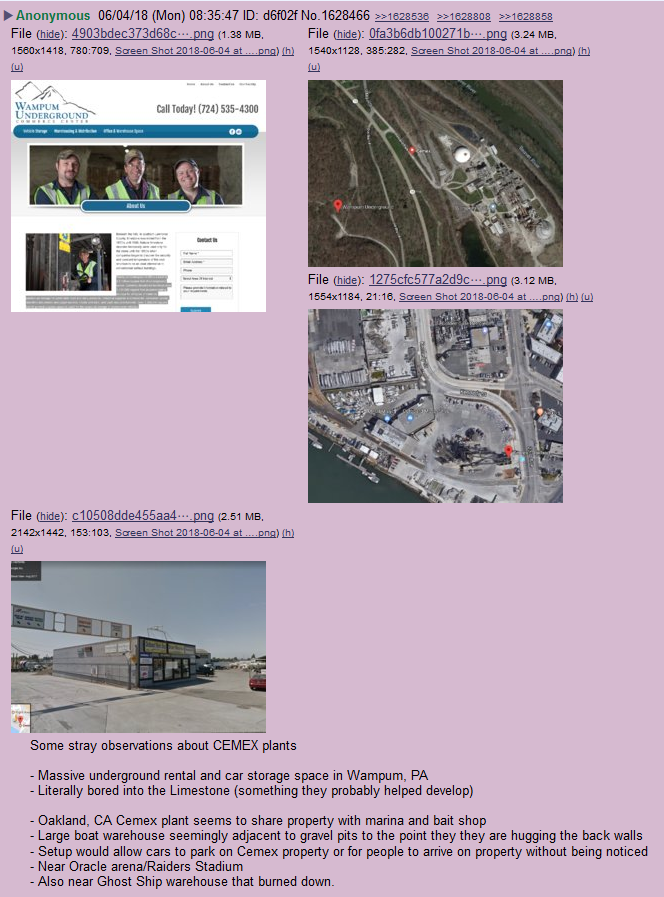 Here’s the photos he’s including. 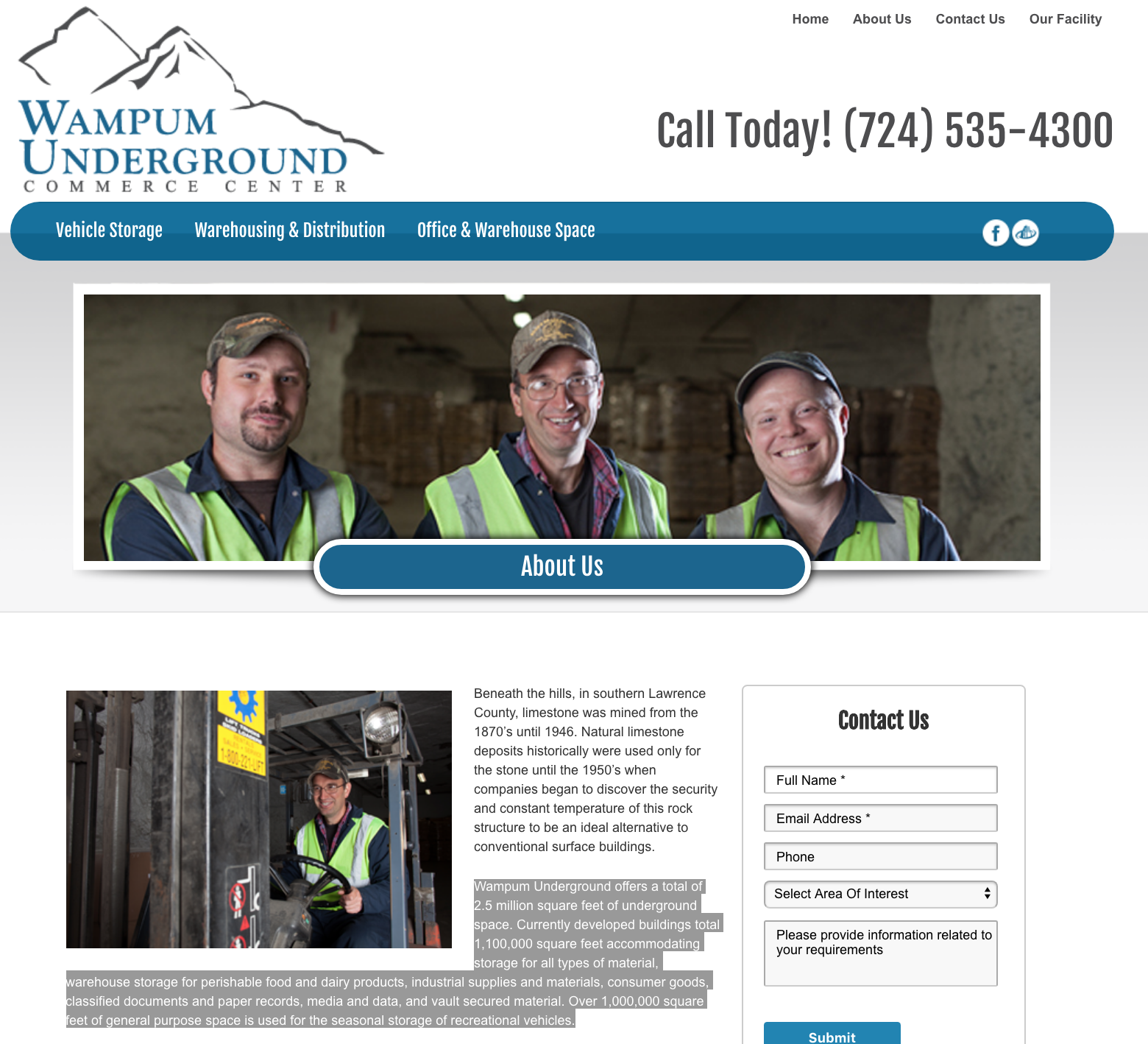 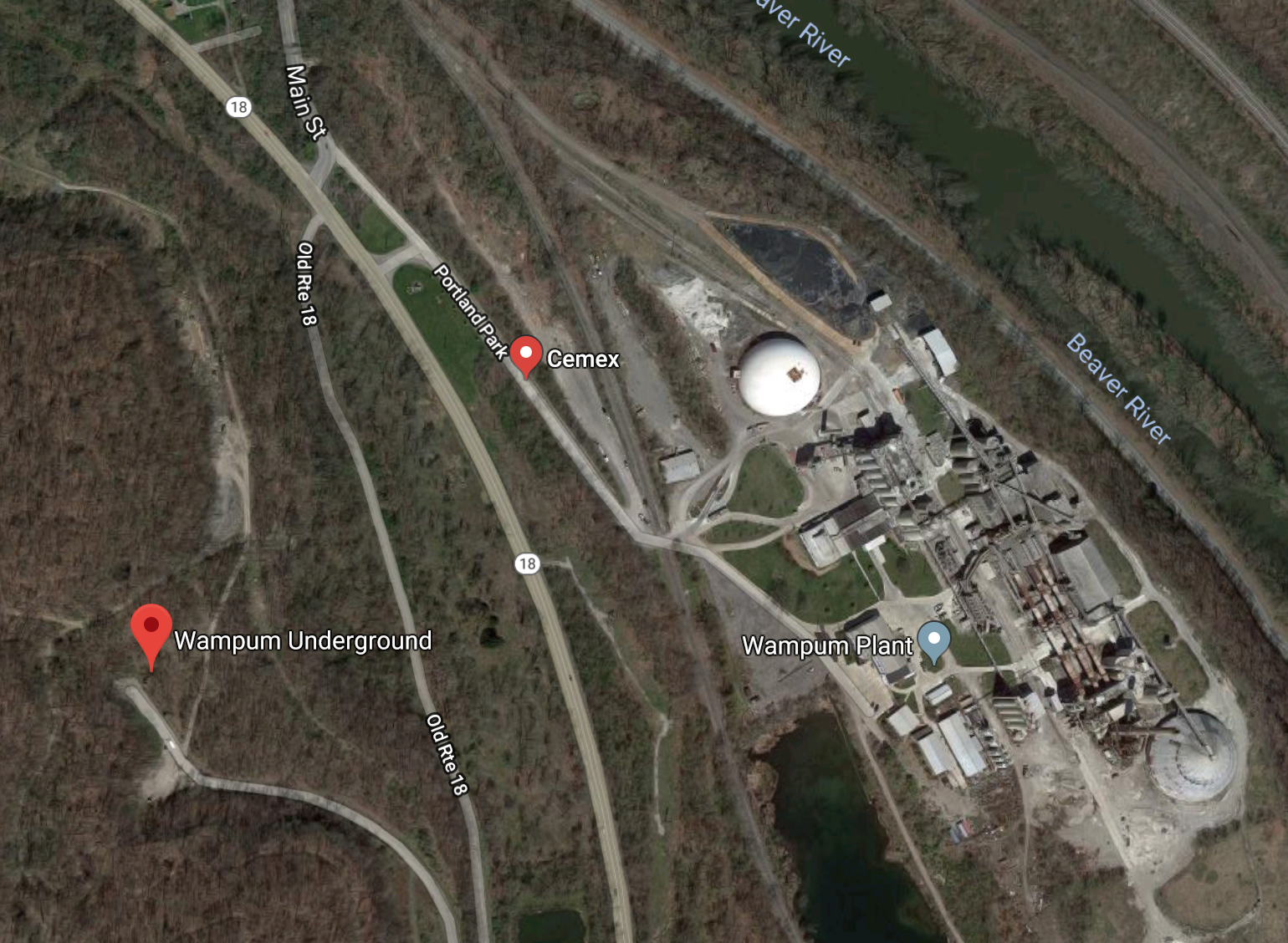 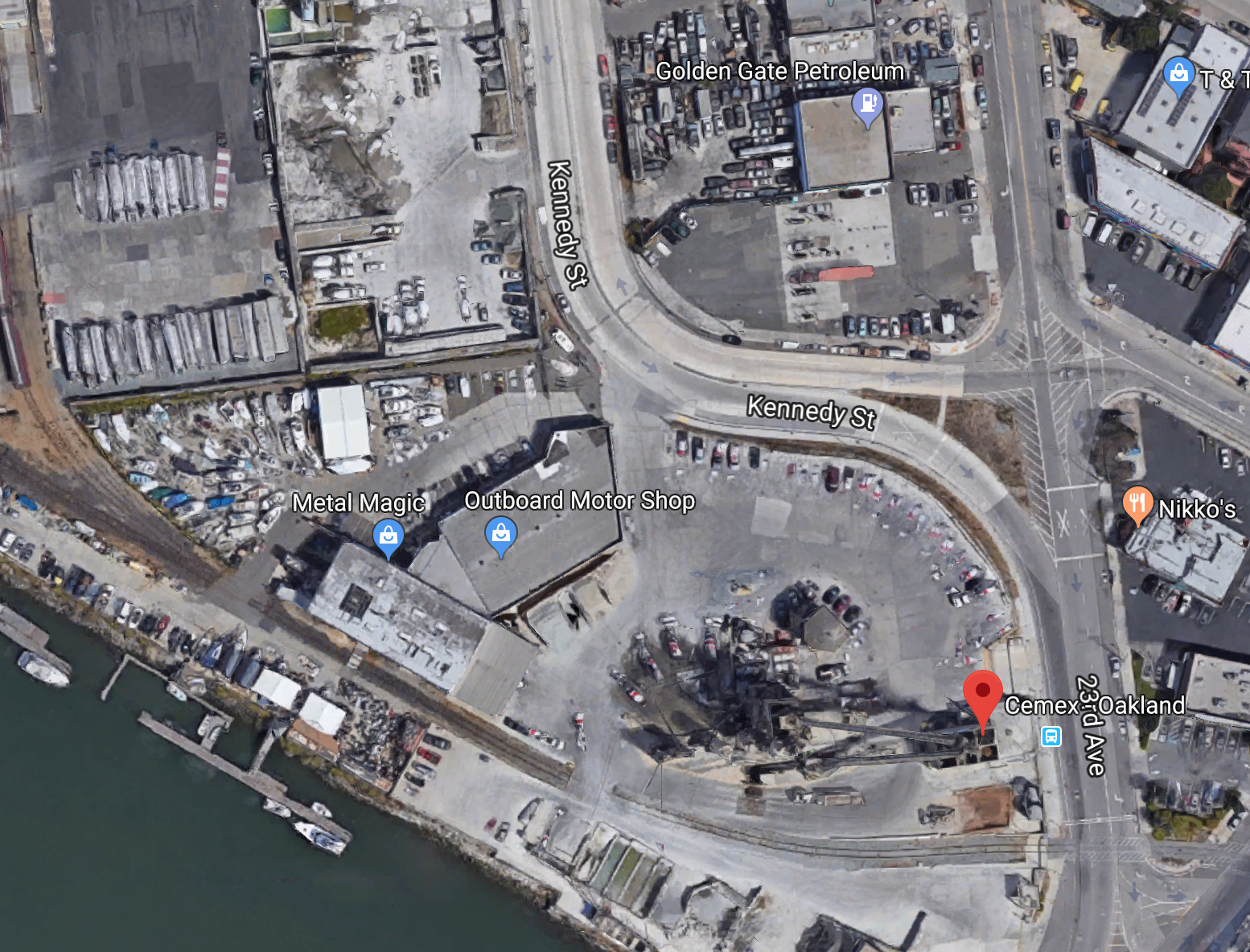 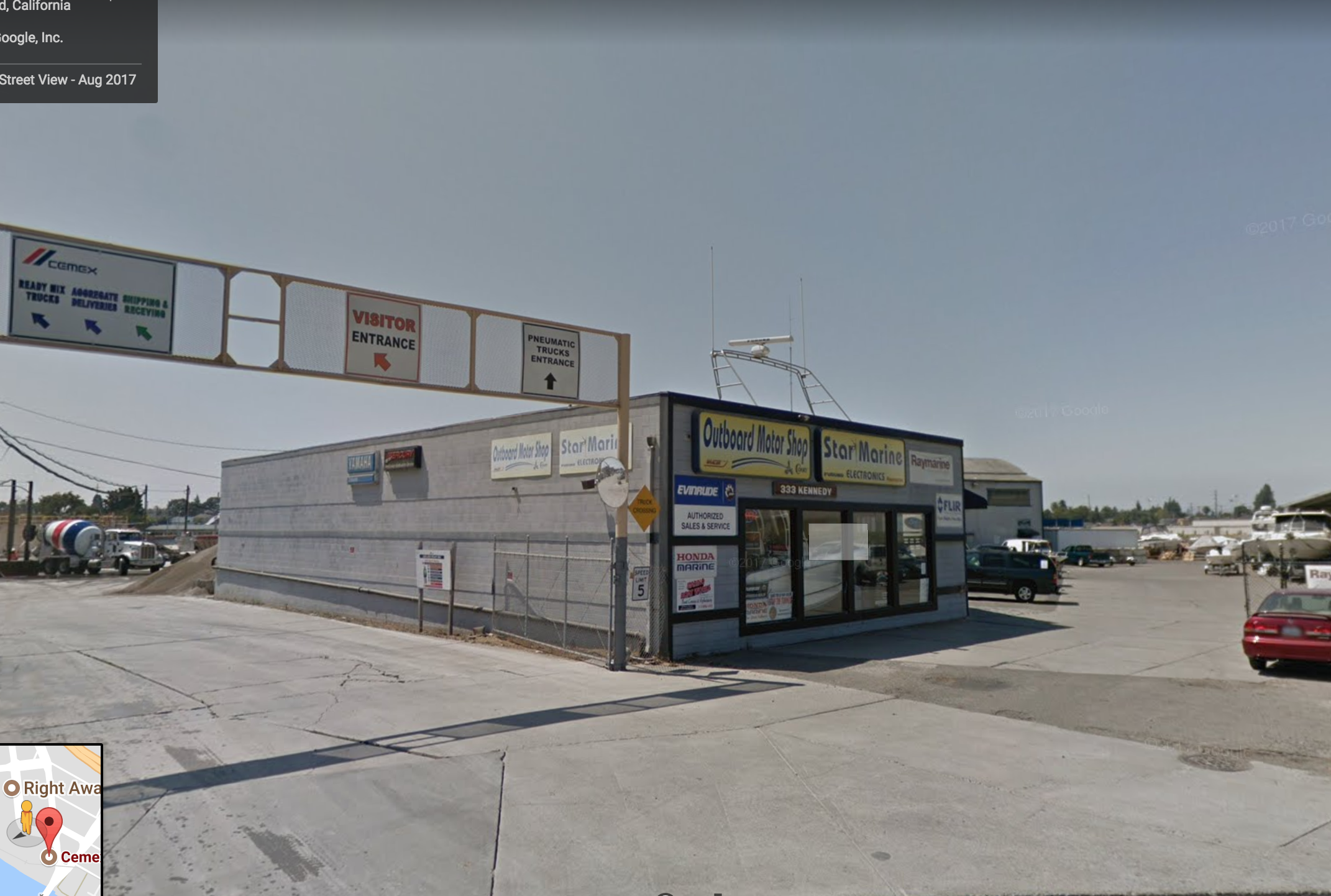 Another anon then expanded on the #WampumUnderground/CEMEX connection, having had personal knowledge of the subject at hand: 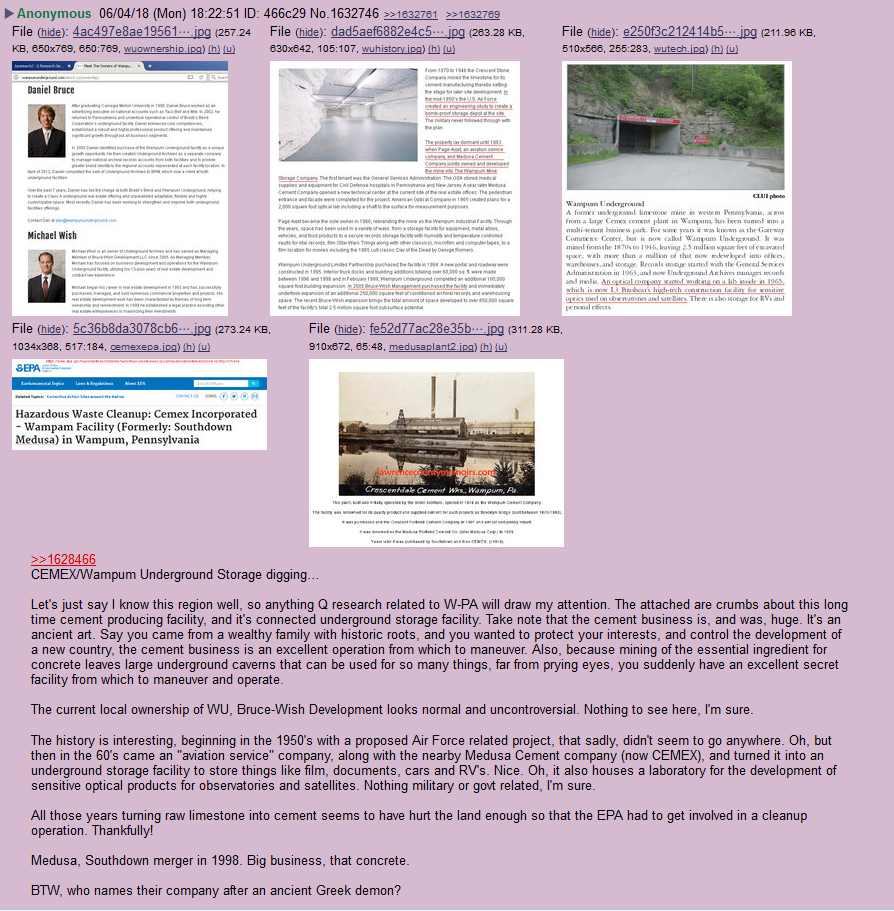 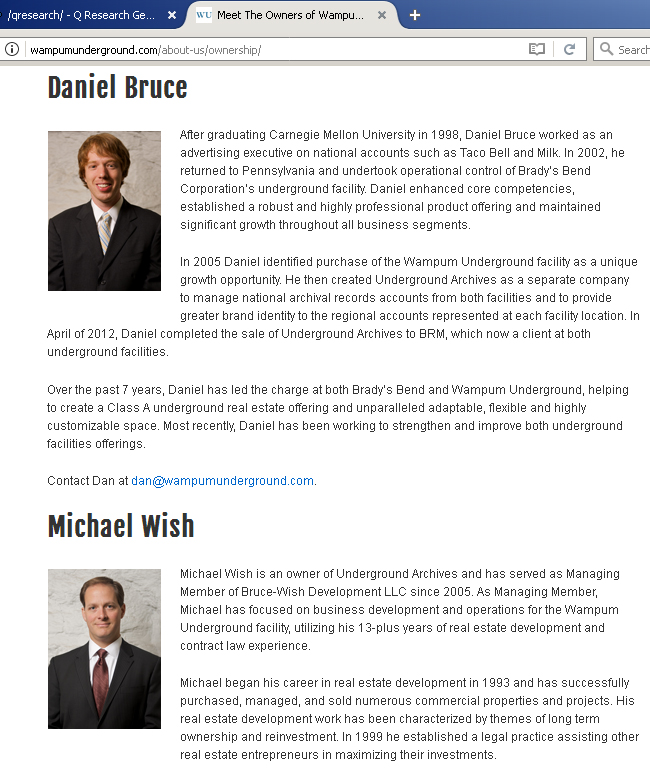 Now this photo he included was real interesting to me; showing underground tunnels created as a result of mining for raw materials for cement: 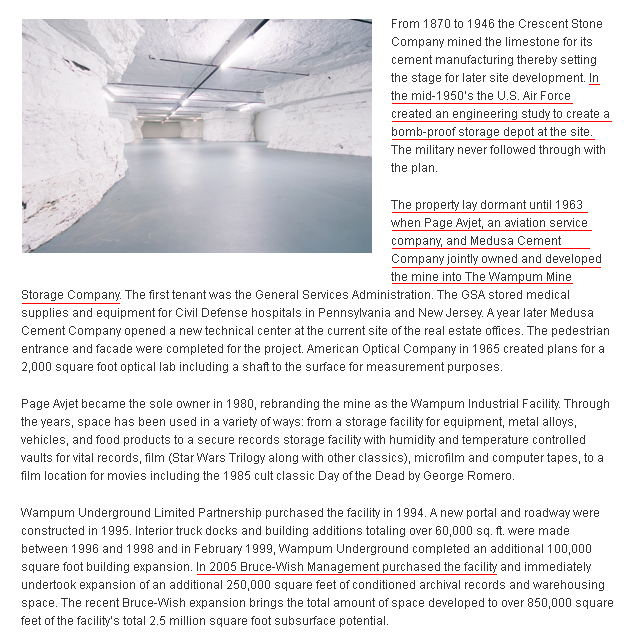 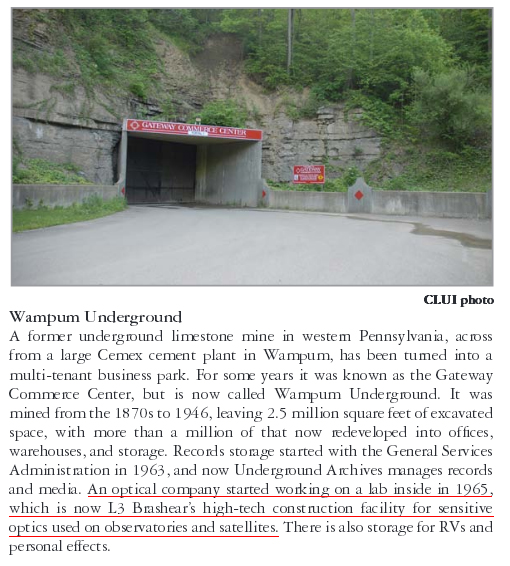 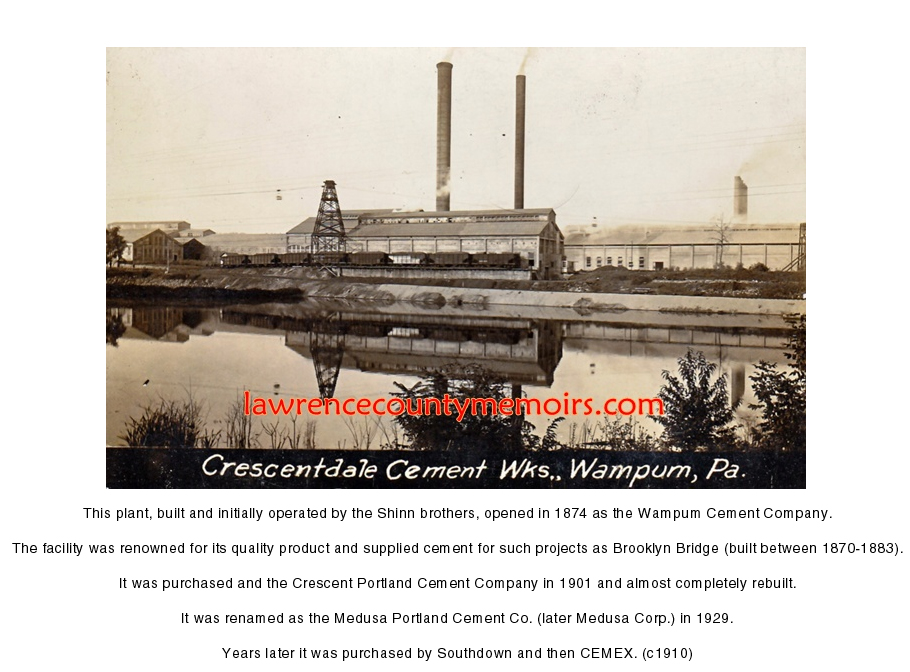 So clearly… these guys have experience with underground facilities – which jives with what Operator Redbeard has been saying.

Operator Redbeard caused anon to reflect on a previous Qdrop:

Frankly, I kind of thought that was the intended meaning, but with all the “double-meanings” flying around, I thought it worthy of noting.

Another anon reflects on this Qdrop” 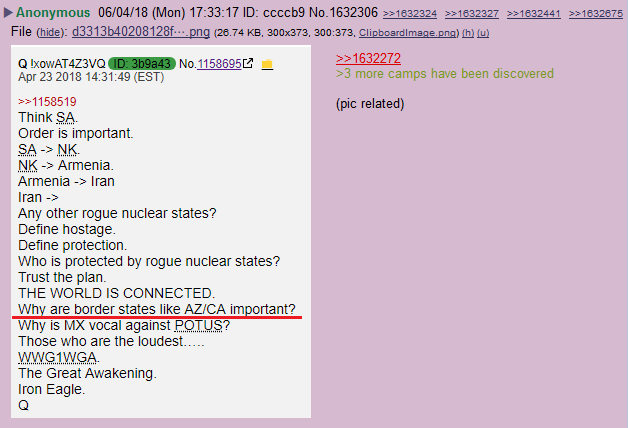 And that’s about when another anon made this infographic, detailing CEMEX’s presence in Long Beach Port.

(In case it isn’t obvious, the blue section is a Qdrop): 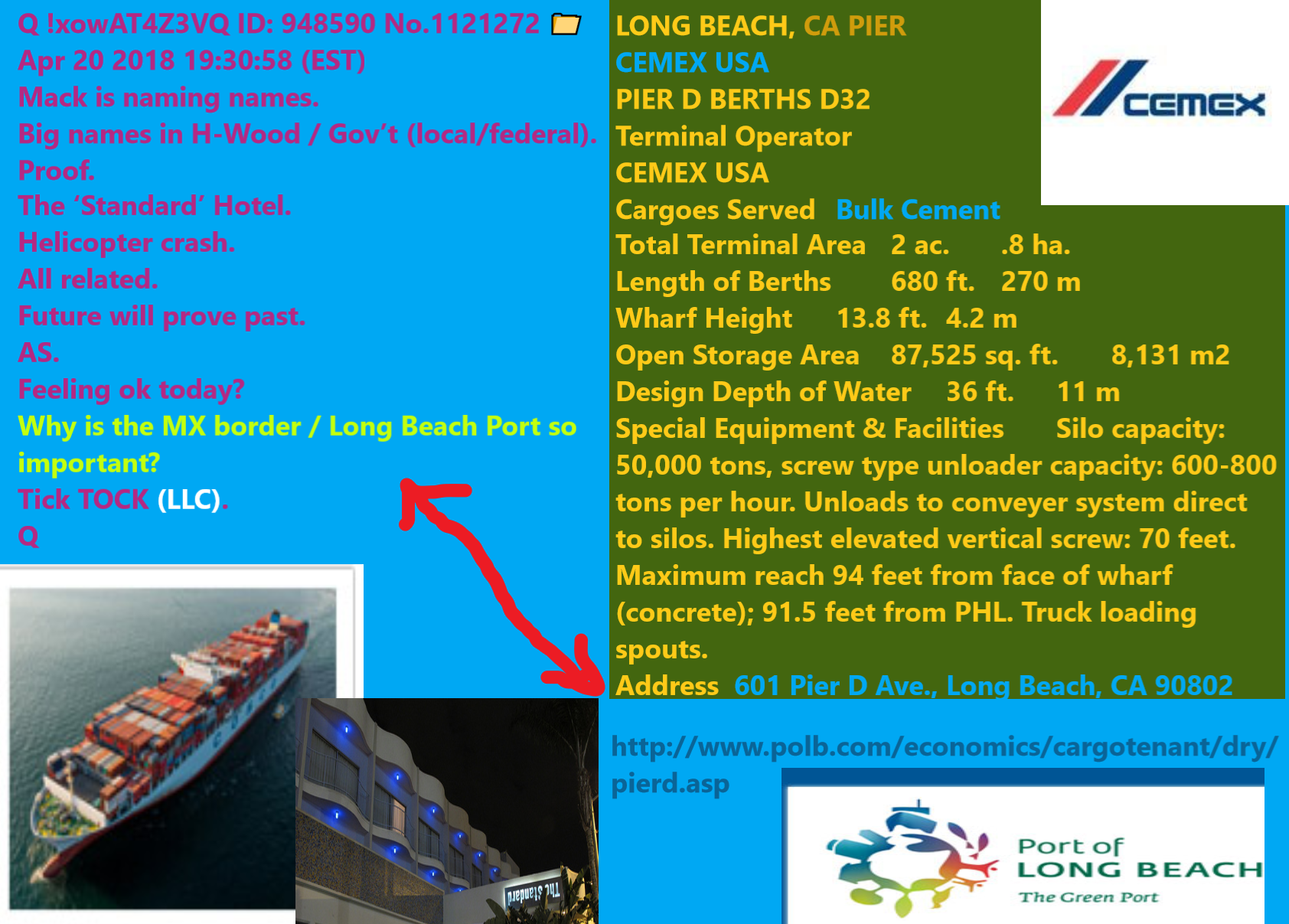 So – it’s possible we have a similar situation to what we uncovered with all the Haiti intel that came out the other day. One Cabal-owned-and-operated company doing the trafficking across established routes and ports, obscured by their “legitimate” business.

And that pretty much brings us up-to-date with intel.

I’m following the rabbit-hole down further, but I’m not prepared to drop that intel yet. You might be surprised to learn it takes us up to our Northern neighbor, rather than to our southern border. But if I write about that, I need the story to develop more, first.

Again, pray for these volunteer operators in the field. They’re literally risking their lives to confront this deeply rooted evil, and they’re going to need all the help they can get.

These guys, who already did their tours around the globe, are once again risking their bodies, their safety, and their lives for us. They’re heroes in every sense of the word, even if they don’t want to hear it right now.

So pray for them and make sure the real story about their efforts gets plastered everywhere. It’s time to take our country back!

52 thoughts on “Prepping for Battle in #Tucson. #OperationBackyardBrawl #WhereAreTheChildren #QAnon”