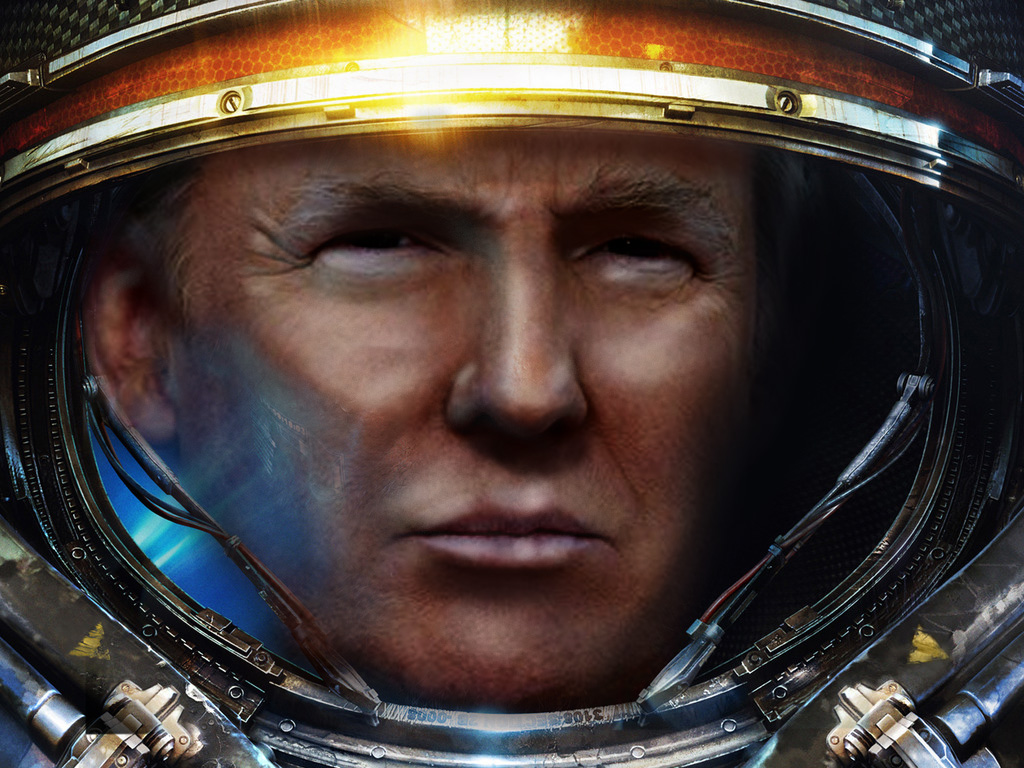 Another piece of the puzzle falls into place…

I want to direct your attention to these older Q posts for a moment, because frankly, I think we may have some fireworks in store for the very near future. 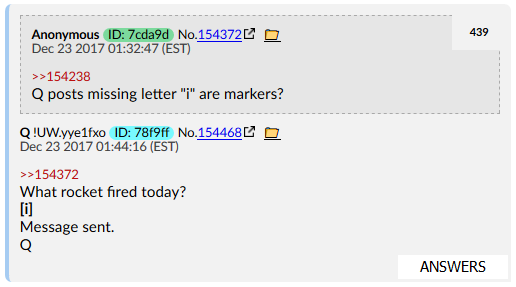 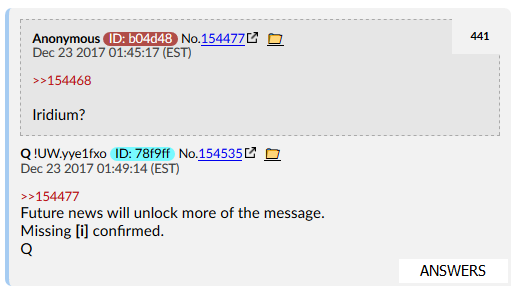 Q confirmed the meaning above: Iridium.

But it might not have been immediately apparent to many what Q was talking about.

He was talking about the Satellite Phone company, Iridium:

How does Iridium fit into the broader operations of #TheCabal?

They were trying to set up a secure comm channel, for all Cabal operators.

They know the capabilities and ubiquity of the modern surveillance state (not that they worked around it very well – think their shared gmail accounts), and they needed a private way to communicate, globally.

We’re talking about being able to coordinate everyone and everything; from politicians, to puppets, to field agents, to false flag operators.

What better way then to build what is essentially a whole separate network, completely free of all terrestrial hindrances? If someone wanted to spy on the Cabal, or shut down their operations, this would force them to have to literally have to launch a space mission. They were looking to go off the grid, by building their own, separate grid; and if anyone was trying to tamper with their comms, they would know it well in advance.

Which… if you think about it, helps explain Trump’s recent “Space Force” remarks; how “space” is just another domain of warfare. 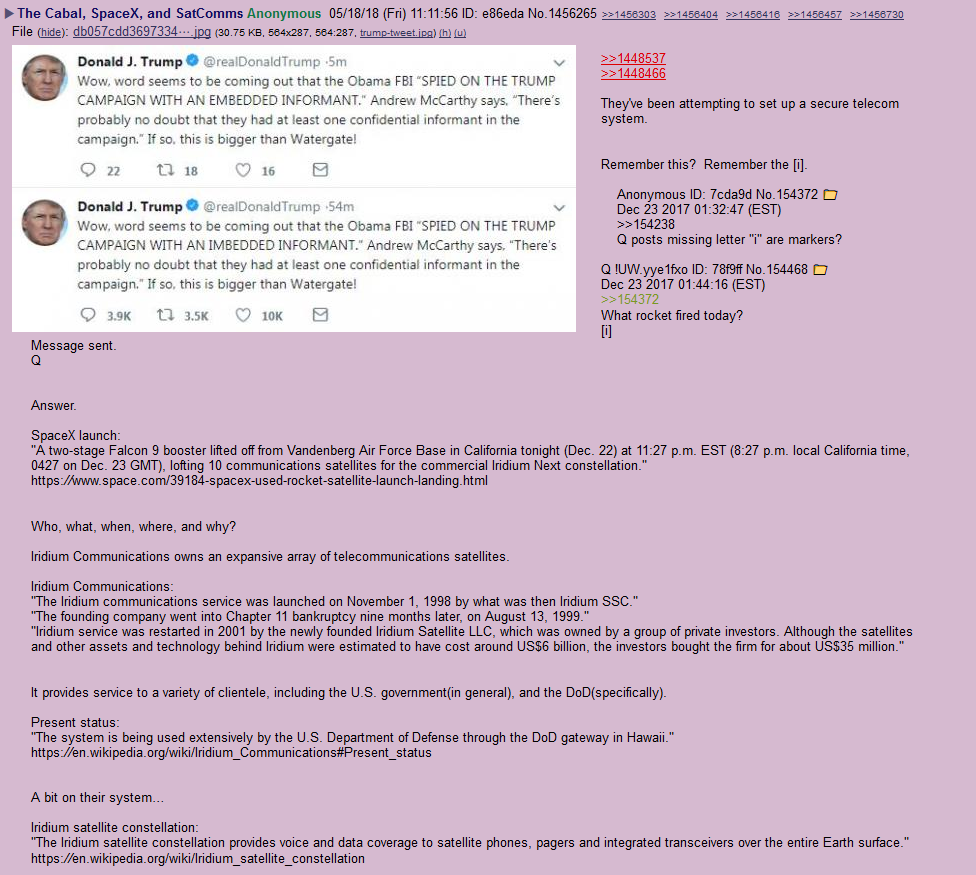 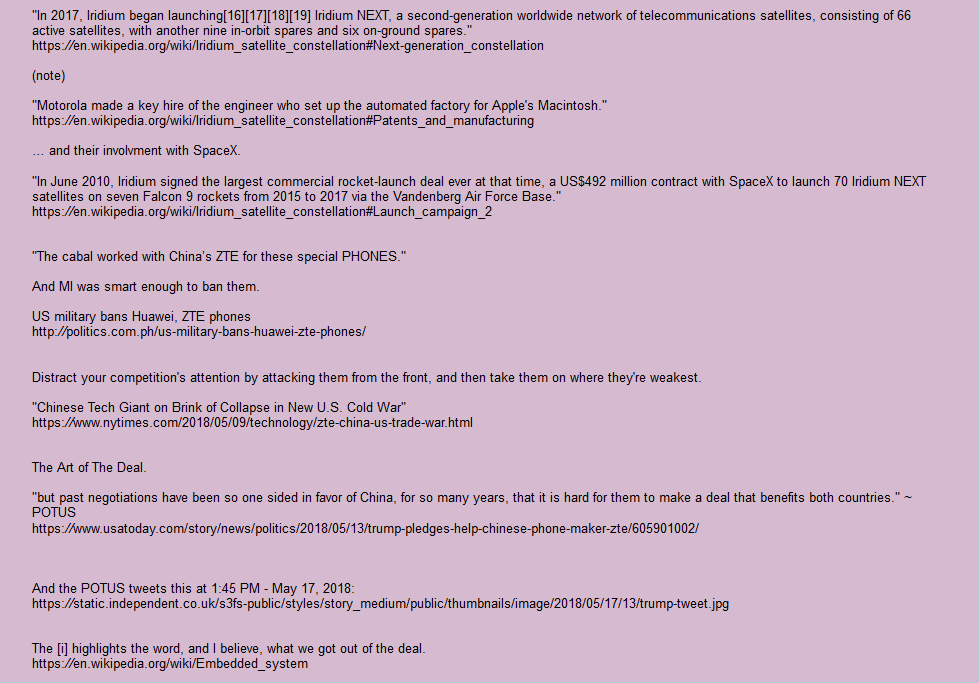 Got all that? You can go to all those links if you want, but it’s not necessary at the moment.

What you need to know is this:

Iridium was founded, went bankrupt, was then bought for pennies-on-the-dollar, rebooted, and planned to launch a metric buttload satellites with the help of SpaceX – on top of making their network compatible with phones from Chinese manufacturer ZTE – which the US military would later ban.

SpaceX To Launch New Iridium Next Satellites In May

The Iridium Next satellites are slowly but surely starting to bring wireless internet to underserved areas. The satellite platform, known as Iridium Certus, is described as “With better coverage than any other mobile wireless network and a wide range of available speeds, it will deliver global, reliable

And Anon also speculates here that Trump team were potentially able to get some kind of embedded system in these devices, at some point in time.

Which, of course, fits with Q’s drops from the other day, concerning the pallets of phones shipped in from China, and distributed with the Cabal.

Caught Up In The Crossfire! Things are Going QUANTUM! #NewQ #QAnon #GreatAwakening

So to reiterate – the Cabal was trying to build their own, private communications network, in space.

They wanted to use satellite phones to communicate with each other, so as to avoid all forms of domestic surveillance and law enforcement; meanwhile, they were building a Chinese-style citizen-credit-score system for the rest of us terrestrial plebs – a system of total control.

Hey, you know who else had one of these banned ZTE phones?

Both cameras taped over, huh?

Again, go back to that article I wrote (linked above), if you need to. Las Vegas was an assassination attempt that went south, and as part-revenge, part-distraction, the cabal opened fire on the public below – attempting to blow up these gas tanks that were a ways away, so that multiple Cabal operators could escape.

The reason the assassination attempt failed was because their comms were compromised.

They might have suspected it at this point – which would explain the tape around the cameras – but they went forward with their operation anyways (and thankfully, ended up failing).

But back to Iridium – you’ll recall the recent SpaceX launch was called off at the last moment, due to some kind of part failure. The onboard computers auto-aborted the launch.

They decided to reschedule for tomorrow:

SpaceX Launch of NASA and Iridium Satellites Delayed Until May 22

SpaceX's next Falcon 9 rocket launch, which will loft two Earth-observation satellites and five commercial communications craft, has been pushed back three days, to May 22. 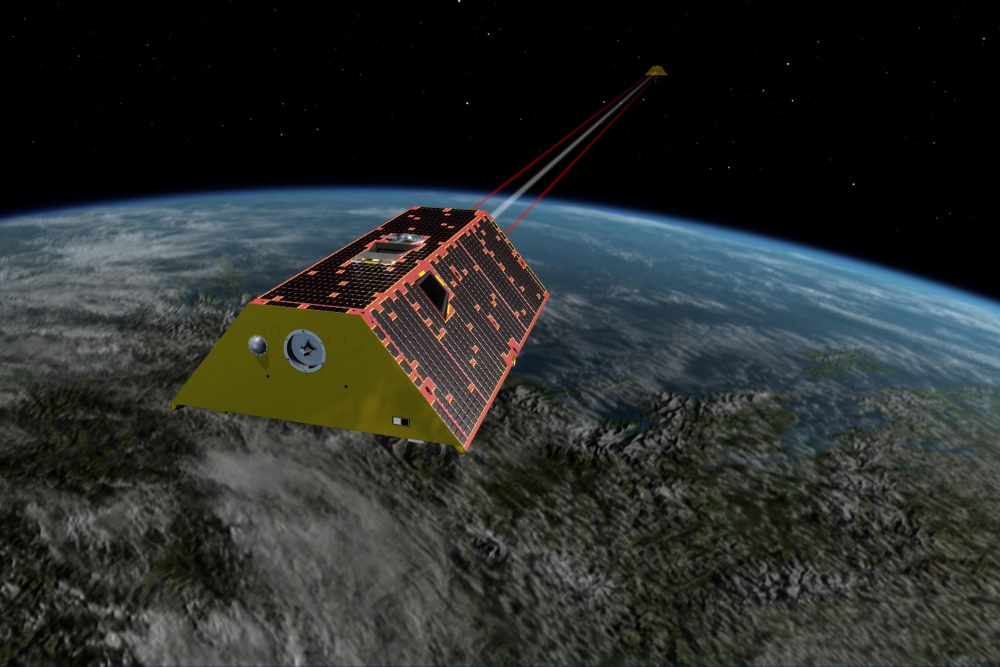 Rescheduled SpaceX Falcon 9 launch to include pair of NASA satellites, 5 Iridium Next spacecraft

They clearly didn’t want a repeat of 2015, when Facebook’s payload went up with the rocket: 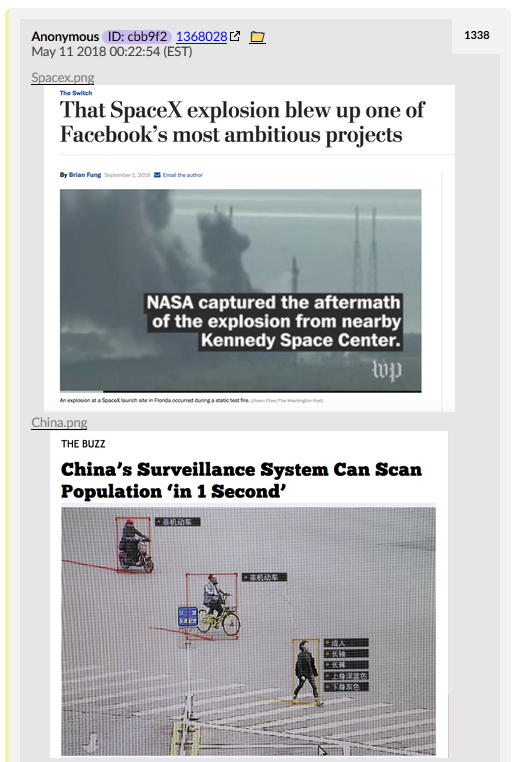 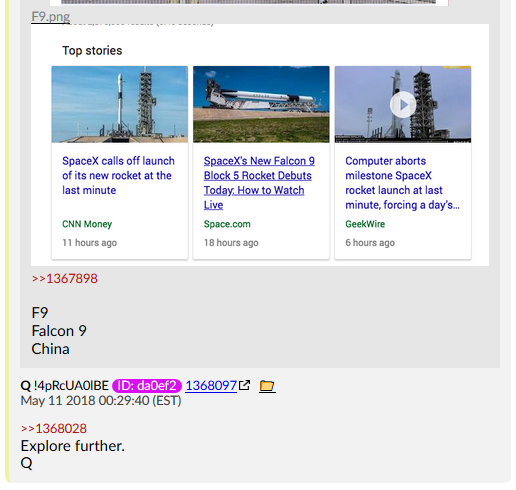 Essentially, Q confirmed here that White Hats blew up that payload, so they must have had good reason to blow it up, right?

You’ll recall from our original exploration of the subject, that Facebook was supposedly launching some kind of internet broadcasting satellite… but that’s not something White Hats would just blow up.

So they must have had a reason.

Facebook must not have been completely honest about what they were trying to send up into space. 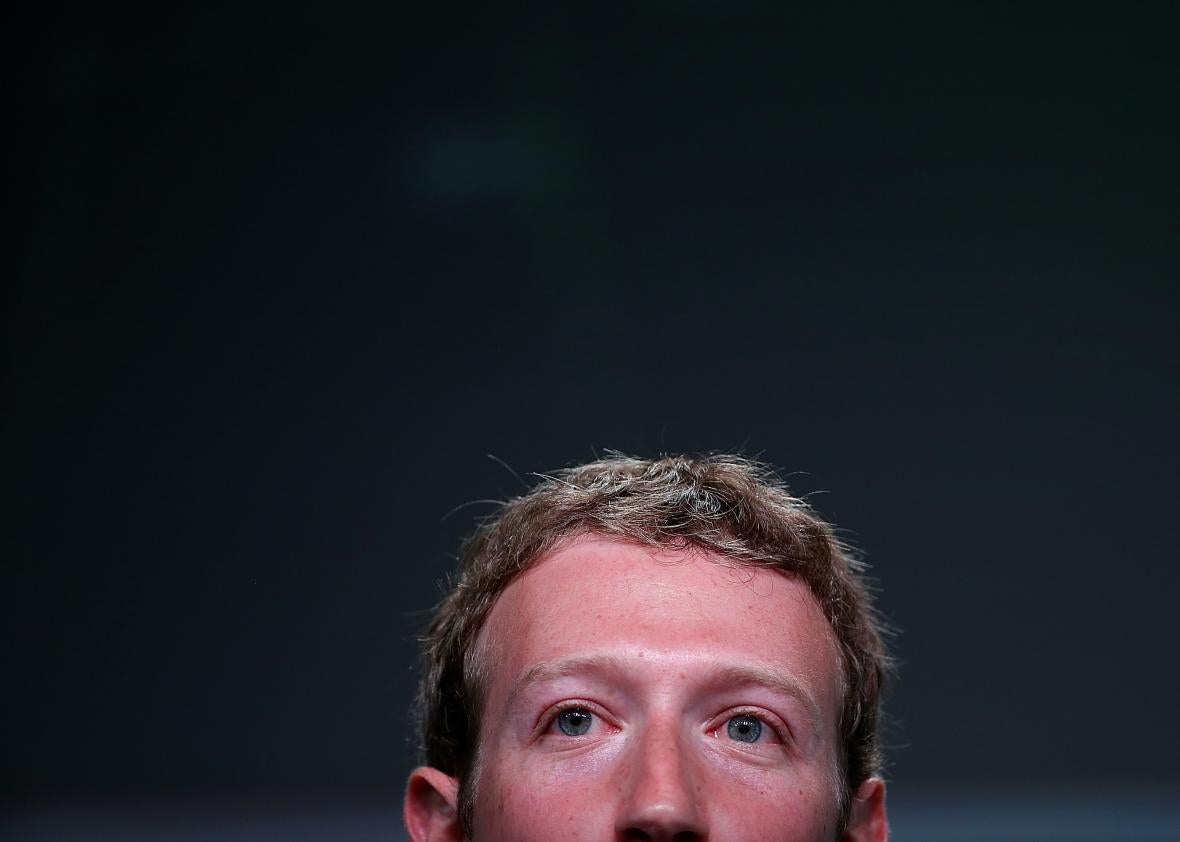 SpaceX Blew Up Facebook’s First Internet Satellite, and Mark Zuckerberg Is Not Pleased

When SpaceX’s Falcon 9 rocket went up in a fireball of epic proportions on a Cape Canaveral, Florida, launch pad Thursday morning, the good news was...

What if Facebook’s satellite was a key part of that private communication network? Or worse?

At any rate, they weren’t too happy with SpaceX, and decided to take matters into their own hands, by creating a brand new shell company (names the utterly generic “Pointview Tech, LLC) to launch their own rockets. 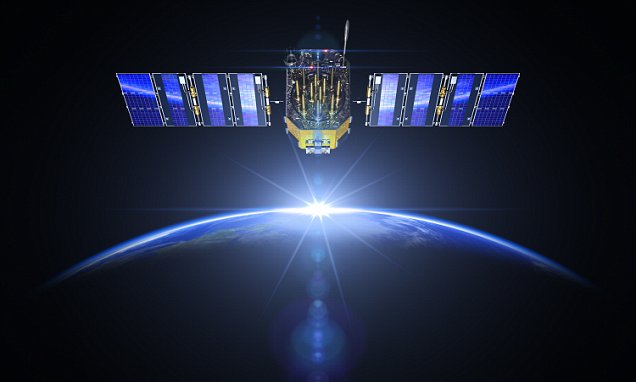 Facebook may be going head to head with SpaceX, as new filings show plans to launch internet-beaming satellites. It describes a plan to launch a experimental satellite named Athena.

The whole FCC filing is heavily redacted, but notice how they dress up their ambitions with “noble” goals: to broadcast internet to unserved and underserved areas of the world. 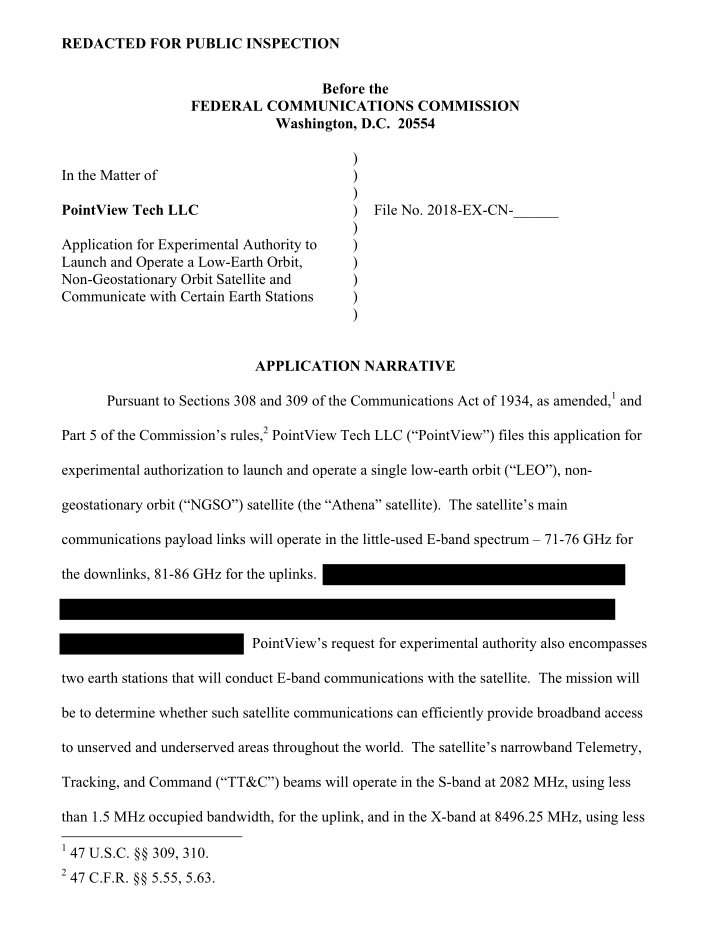 When I read that, I immediately remembered #Cuckerberg’s face from his Congressional testimonies, and how he perked up when asked about getting wifi to the middle of this Congressman’s state.

So he pitches this all in terms of “infrastructure” and “connectivity” but his smirk says he’s getting away with something else entirely, before going into his rehearsed lines.

And of course, if you know even just the most basic things about tech – you know that Zuck is lying through his teeth right now. It’s not suuuuuper expensive to rig anywhere up. And mesh-networks? Seriously?

And he’s doing it through a shell company, so as to keep Facebook completely in the clear should anything go wrong. He’s using Pointview Tech, LLC to cover his pimply behind, and hide what he’s trying to actually accomplish – because Zuck is a serial liar. A smart liar, but a serial liar. He’s not leaving any variables up to SpaceX. He’s wants total and direct control over this stuff – which is why he now has his own rocket company.

Update: And the best part?

The name of Facebook’s satellites?

Facebook May Have Secret Plans to Build a Satellite-Based Internet

With all of that in mind, what comes next?

Well, I think it’s clear that White Hats didn’t want whatever SpaceX was launching a few weeks ago up in the air.

Whatever Iridium was building, it was not going into orbit.

I don’t think they’ll allow it to go up tomorrow, either, but we’ll see.

Don’t be surprised if we see fireworks!