A lot is going on right now.

I posted this earlier today on gab: 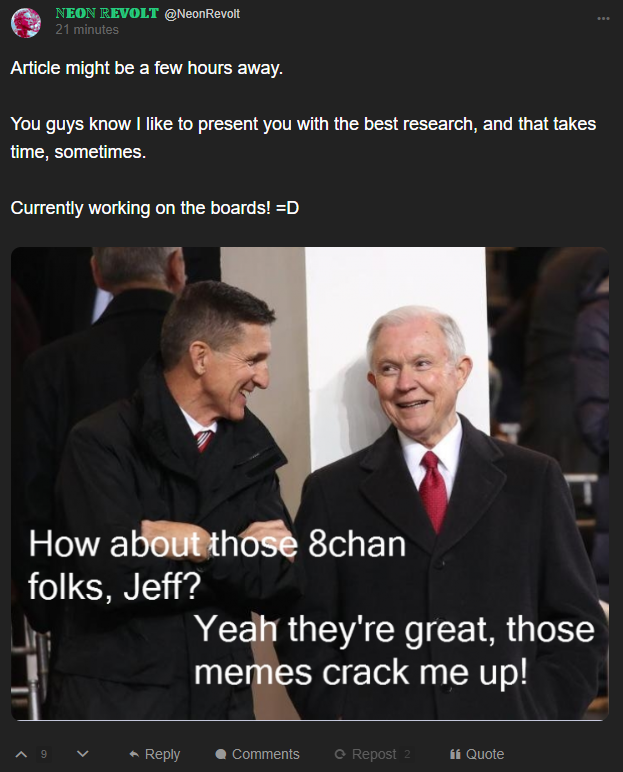 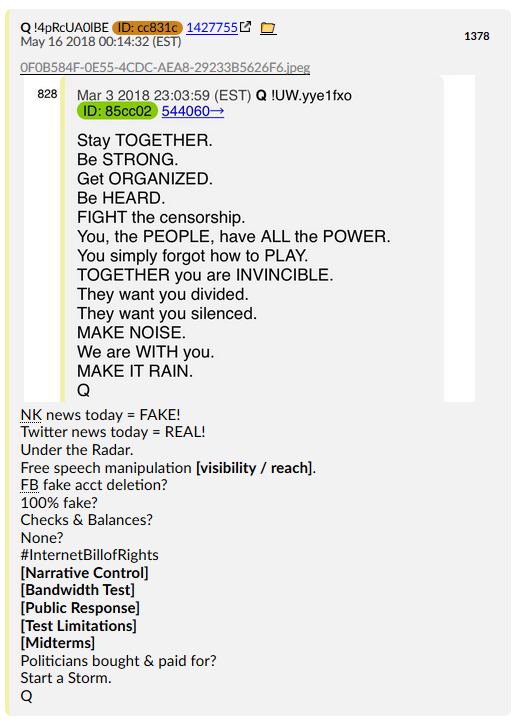 The #SocialMedia giants are back, pushing full-scale censorship of conservative/Trump-supporting voices. 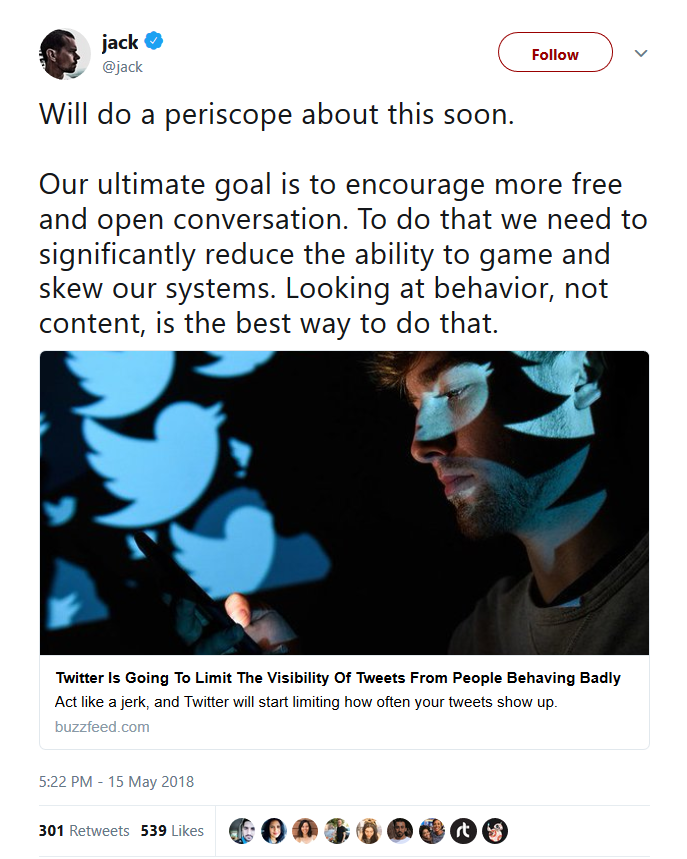 In other words, they’re literally using programming to “program” people. 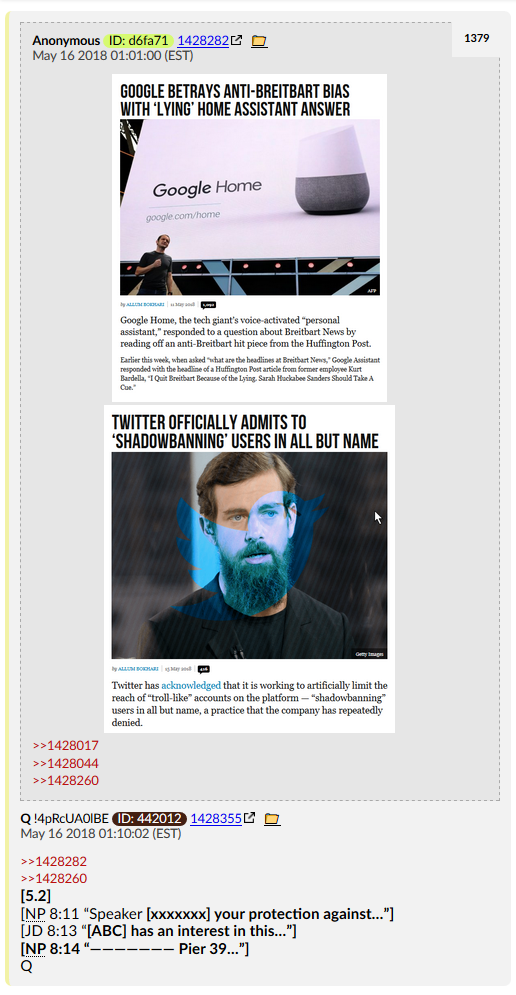 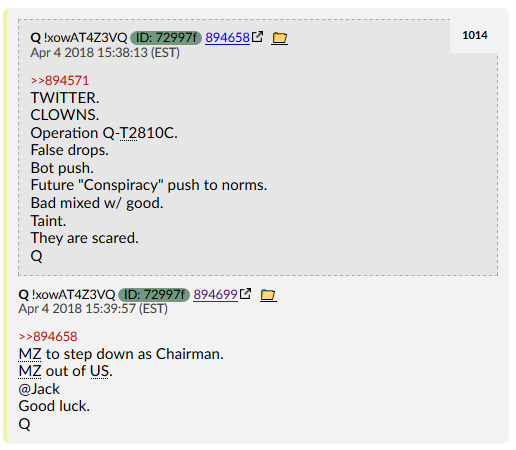 But lets go back to the current drop again, with all that in mind:

I want to do a deep-dive into this for a moment, starting with the NP line:

You guys know that I’m active on the boards. I’ve made a point of saying that over the past few days.

And you really should pay attention if you’re active there, because frankly, my theory deserved a bit more attention than what it got: 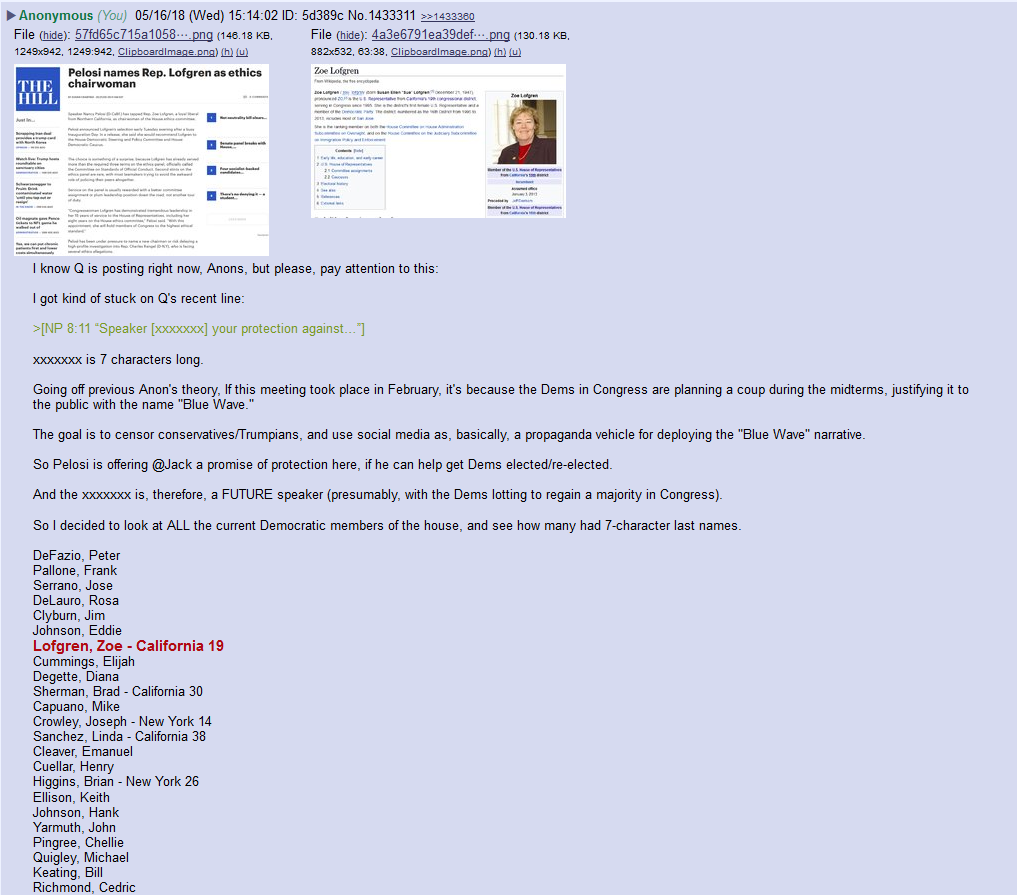 In other words, Dems are out of power right now, so they can’t protect their pawns/stooges.

In order to regain protection, Jack has to help Dems win – at all costs.

Once the dems take over (using their “Blue Wave” push), they install their gal as Speaker. And again, I think this is intended to be Lofgren (but it could be someone else. That’s just my current theory).

He is willing to engage in mass censorship, in order to cover up his crimes.

Ever hear of #Twittergate?

(This photo is really great meme fodder, btw. Doesn’t he just look like he needs a change of underwear? KEK)

It’s 2016. #Pizzagate is exploding into the mainstream. Suddenly it comes out that there are thousands of pedos sharing CP across Twitter’s platform, and Twitter is doing nothing about it.

What does @Jack do?

His account comes back online, after the purge is over, and he basically says, “LOL just a backend error ¯_(ツ)_/¯.”

To this day, no one knows if anything was deleted from his own account or not.

Tuesday evening, the Twitter account of company co-founder and CEO Jack Dorsey was briefly suspended on the site. It was not immediately clear why. 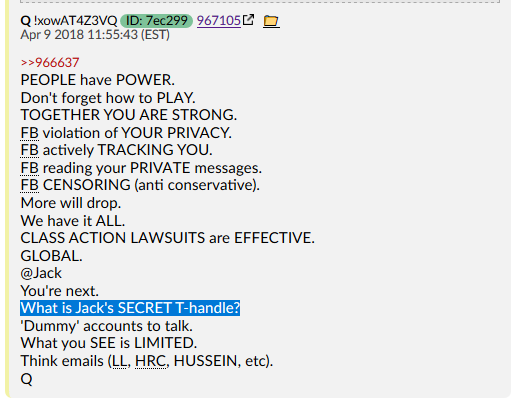 Flip that around a bit, and you will find: 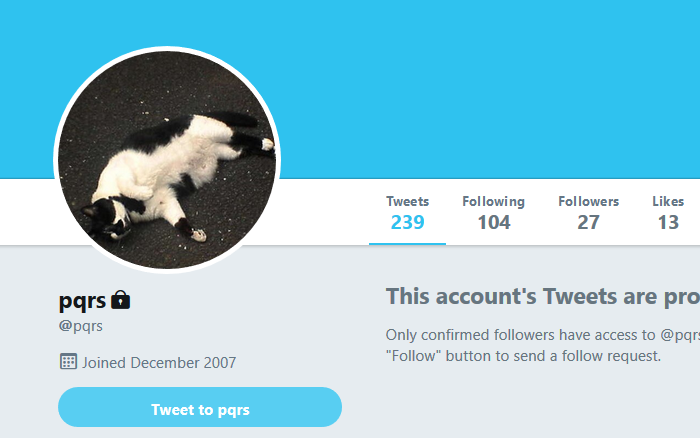 The other alternative is that this is a much older conversation (which I doubt, but it’s possible). In which case, Pelosi would be referring to an older speaker of the house.

Depending on how far back you want to go, you can either fit in convicted pedophile Hastert, or Boehner, who was removed by the House Freedom Caucus in 2015.

But I’m leaning on this being a relatively recent conversation – having taken place on the 5th of February, 2018 (or perhaps 2017) if I’m reading this correctly.

Next up, a peek at the intel war raging in the US: 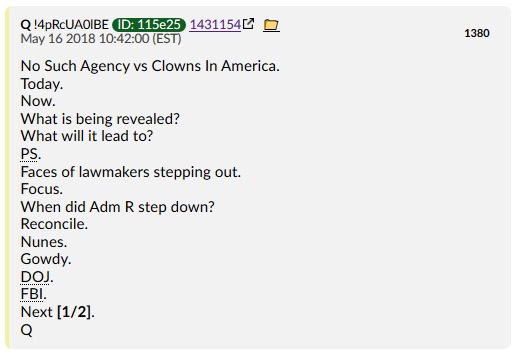 This is happening today:

Joshua Adam Schulte, who worked for a CIA group that designs computer code to spy on foreign adversaries, is believed to have provided the agency’s top-secret information to WikiLeaks, federal prosecutors acknowledged in a hearing in January. The anti-secrecy group published the code under the label “Vault 7” in March 2017.

It was one of the most significant leaks in the CIA’s history, exposing secret cyberweapons and spying techniques that might be used against the United States, according to current and former intelligence officials. Some argued that the Vault 7 disclosures could cause more damage to American intelligence efforts than those by former National Security Agency contractor Edward Snowden. He revealed extraordinary details about the capabilities of the United States to spy on computers and phones around the world, but the Vault 7 leaks showed how such spying is actually done, the current and former officials argued.

Schulte, who also worked for the NSA before joining the CIA, left the intelligence community in 2016 and took a job in the private sector, according to a lengthy statement he wrote that was reviewed by The Post.

More moves and countermoves! NSA planted a double-agent in the CIA, to strike back for the Snowden leaks!

Q is saying this disclosure will lead straight back to Peter Strozk, presumably because it demonstrates how Strozk (and others) spied on citizen Trump during 2016, in an attempt to subvert, undermine, and thwart the Trump campaign.

Admiral Rogers stepped down on the 4th of May (which was the same day /patriotsfight/ was created).

This allows him to testify in front of Congress and the Senate:

All the pieces are there, in the public sphere now. 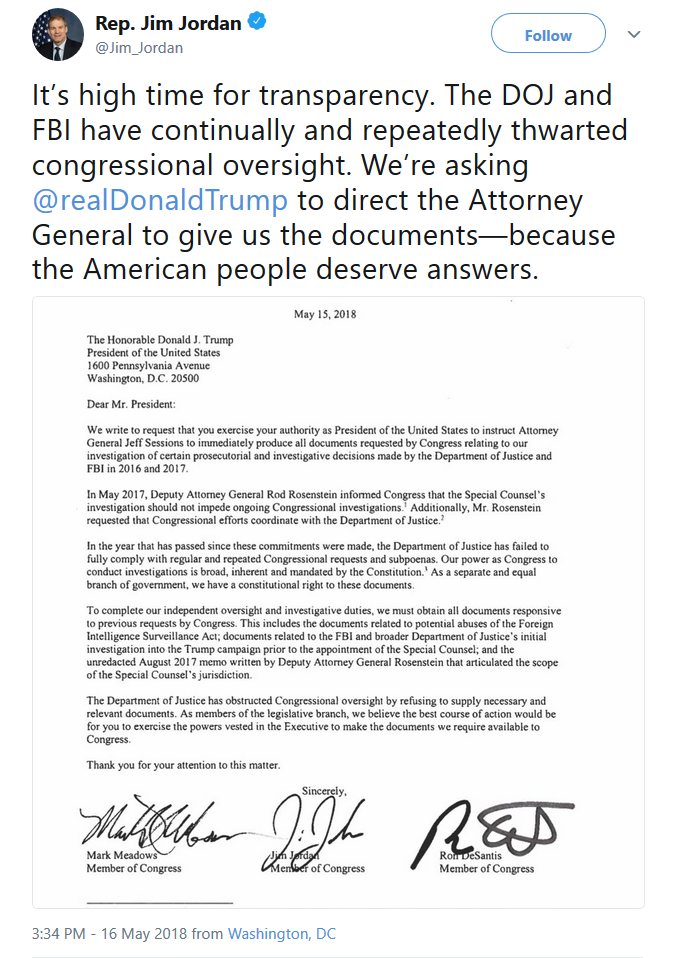 Rep. Jordan’s just putting the horse before the cart, here, so to speak. This way, Trump isn’t taking unilateral action, which can be spun as “political,” but only responding to Congress’ demands.

He’s also saying you’ll be able to compare the EO, when released, because they left a few key letters visible between the pen and the folder. Cool!

Anon is referring to this, which came out today: 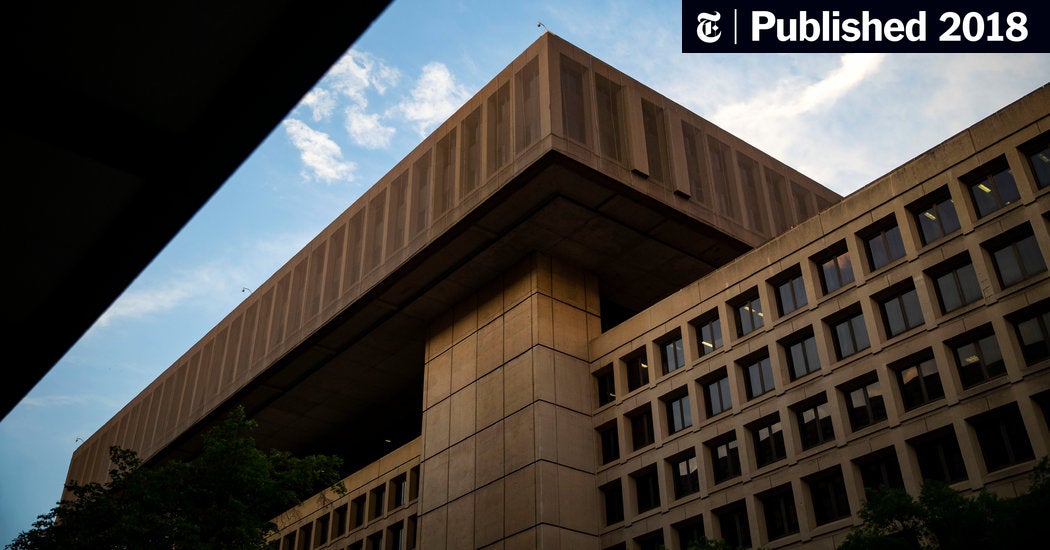 Mr. Trump has described the investigation as a politically motivated effort to undermine his presidency. But time and again, agents took steps that ultimately benefited him.

So… Strozk is in London, trying to get things straight with MI6 (on behalf of Comey) before the hammer really starts to fall. It’s international collusion!

And AGAIN, go back to older Q: 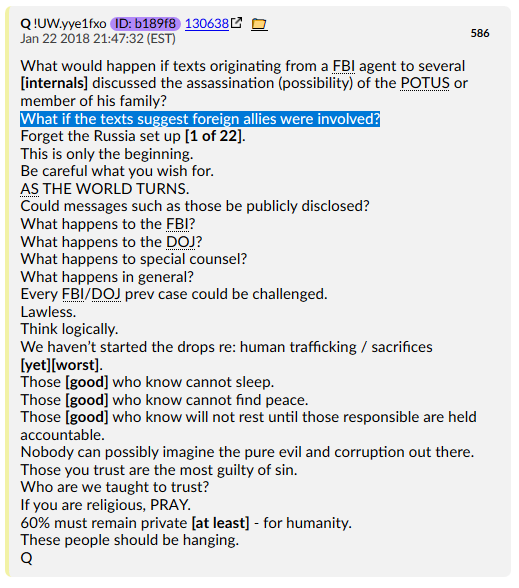 Newsflash: Britain was the ally. 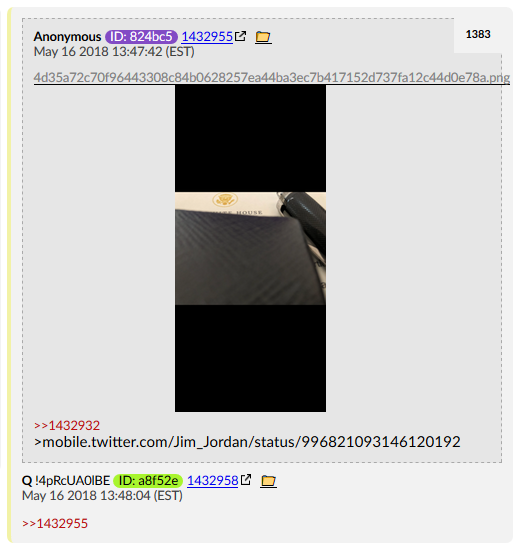 There is it. EO coming. 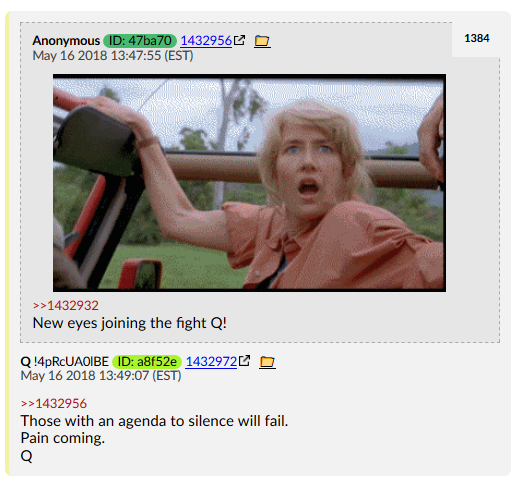 A lot of individuals don’t know that American Intelligence agencies were birthed from British Intelligence Agencies.

This is what the film The Good Shepherd is about, which is why I made the following comments when I saw Q’s comment:

Actually… that’s about all that I can say on the matter right now. This clip shows the scenes I’m talking about.

I was present for the “Skull and Bones” scene, with the swordsman passing the sword over all the acolytes’ heads, before undergoing a kind of mutual-blackmail ritual.

They filmed this scene at Bronx Community College, which used to be Columbia’s campus (IIRC). To get the lighting, they had these big… I guess they were balloons, up high, which would have actual flames coming off them. The fire department was all over that set, of course.

Don’t worry; I’m not doxxing myself.

That’s about all I can say about that for the time being, however. I bring it up because it shows how #Hollywood crafts narratives years in advance. This film is all about the birth of the CIA.

If you’re asking how I know all this, well, guess which industry I work in (or rather, have in all likelihood been blacklisted from).

(Come on, why do you think I follow #CDAN so closely? Who do you think helped popularize… well… I can’t disclose that just yet).

(But the point is, I’d love to help dethrone some of these illegitimate pigs).

But yes, dear readers, you do have (some) allies in the industry. Many remain quiet for fear of being blacklisted – and that is a very real reality, despite how much Lefitsts like to tout ideals of “openness” and “diversity.” Those are ultimately just weapons used to marginalize and dispossess anyone on the Right. They’re weapons of demoralization – which I talked about before, in terms of Yuri Bezmenov.

Speaking of which, if I have any connected Hollywood readers here, connect with me (on gab, preferably). I’ve got some great QAnon screenplay ideas. You won’t find a more qualified writer with a more thorough understanding of QAnon.

Trust me on that.

But less about me, and back to the subject at hand:

But remember, kiddos, a LOT of our politicians were/are Skull and Bones members: 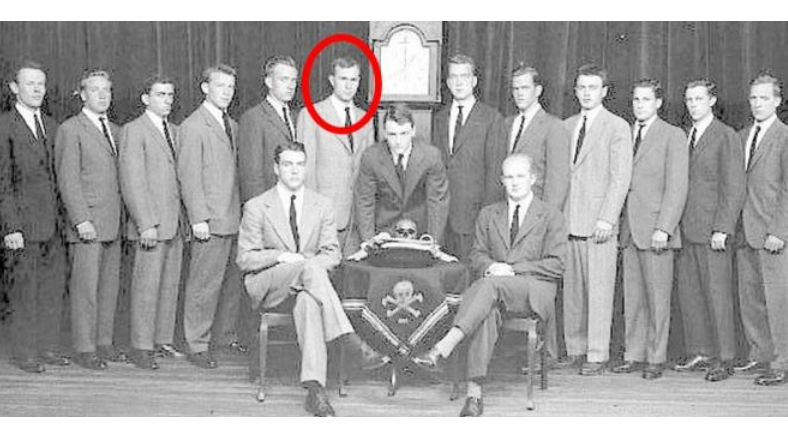 John Kerry, from a yearbook: 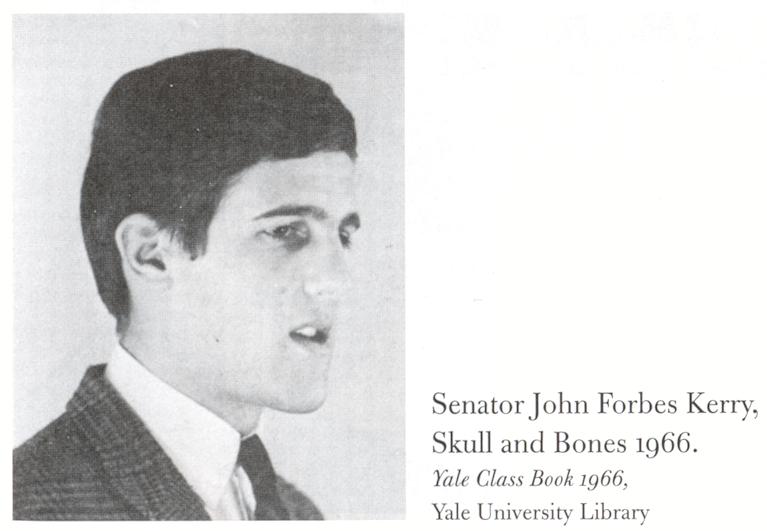 And there are others, including George W. Bush.

As for the subject of COINTELPRO ending, Anon helps us out:

The enemy of the state appears to be clever, politically-aware people who are eager to pursue justice, based on what we are learning about surveillance 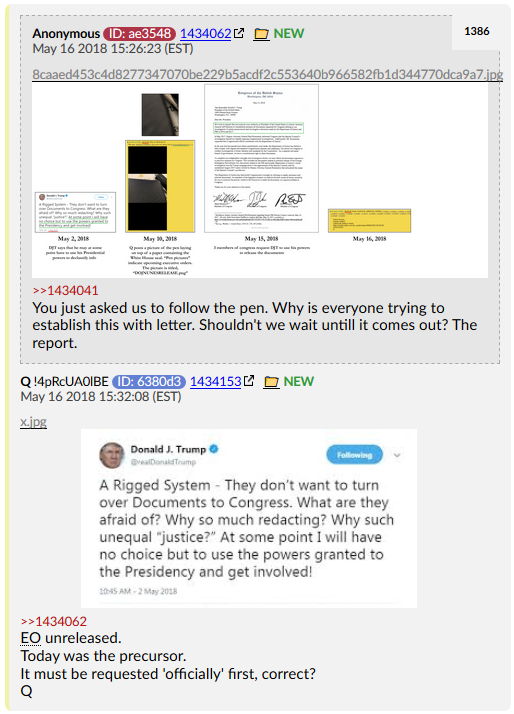 There was some immediate confusion on the boards, following Q’s post about Rep. Jim Jordan. A lot of anons were trying to correlate his letter to the document Q posted with the White House Letterhead.

Here’s an example of what I mean. To be clear, THIS IMAGE IS WRONG:

Which is why I said:

Q corrected anons here, and basically said the same thing. This is just setting the stage for the EO to come out, any day now. 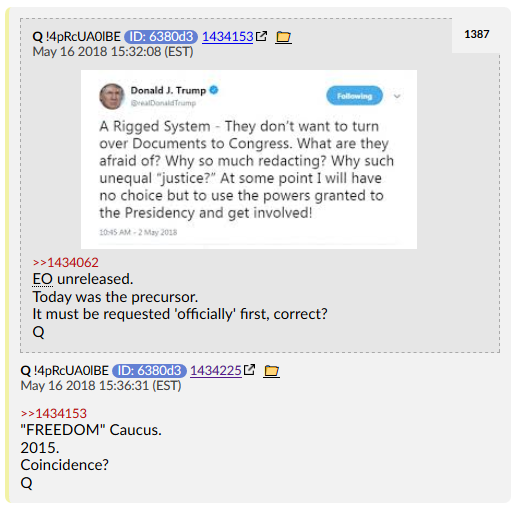 At least three years of planning has gone into this.

As for the House Freedom Caucus: 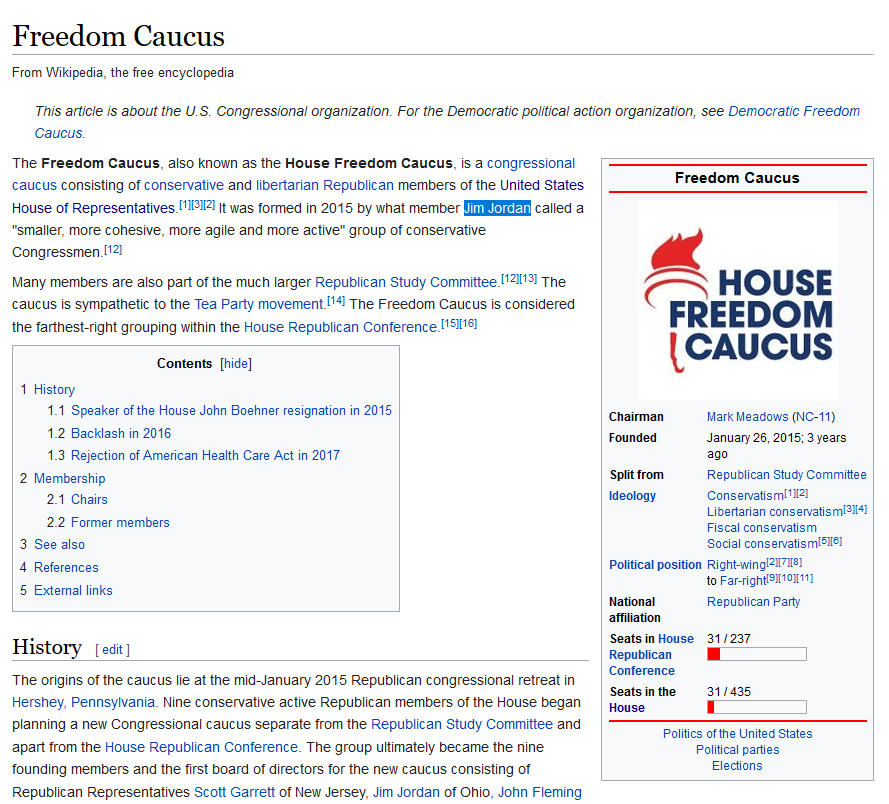 And look who pops up again!

Things are heating up, Legionaries!

Are you enjoying the show as much as I am?