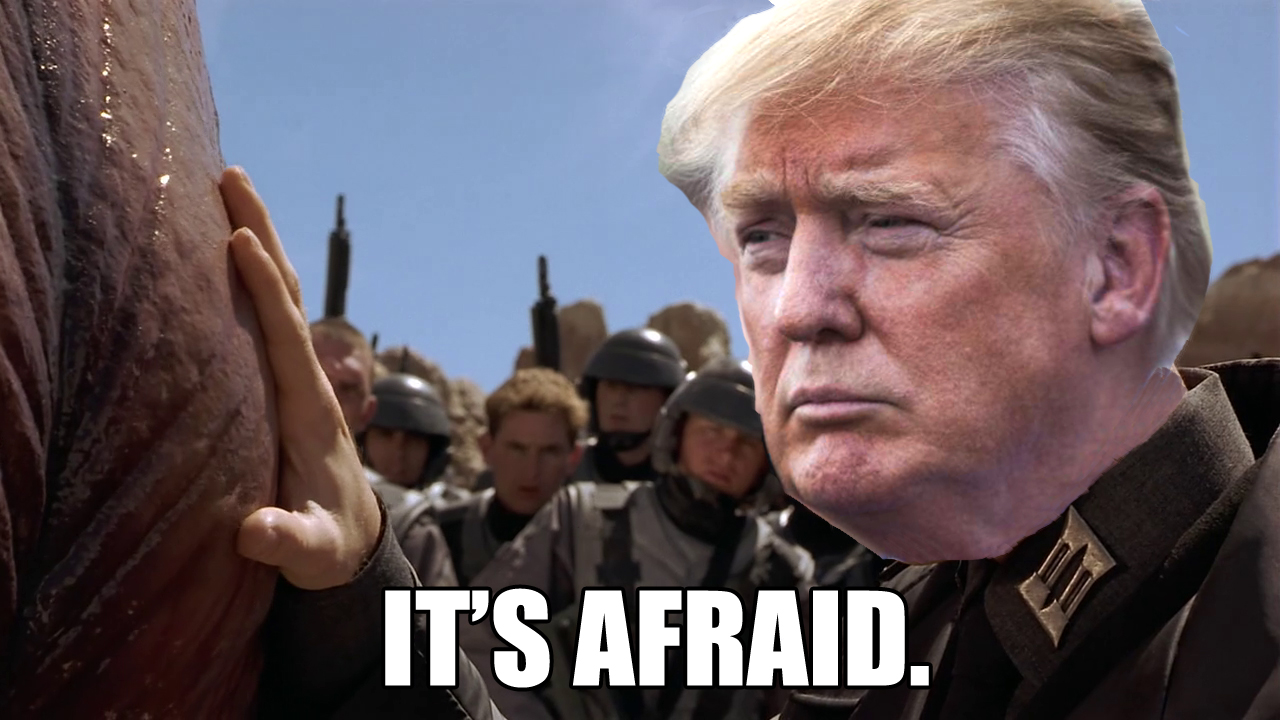 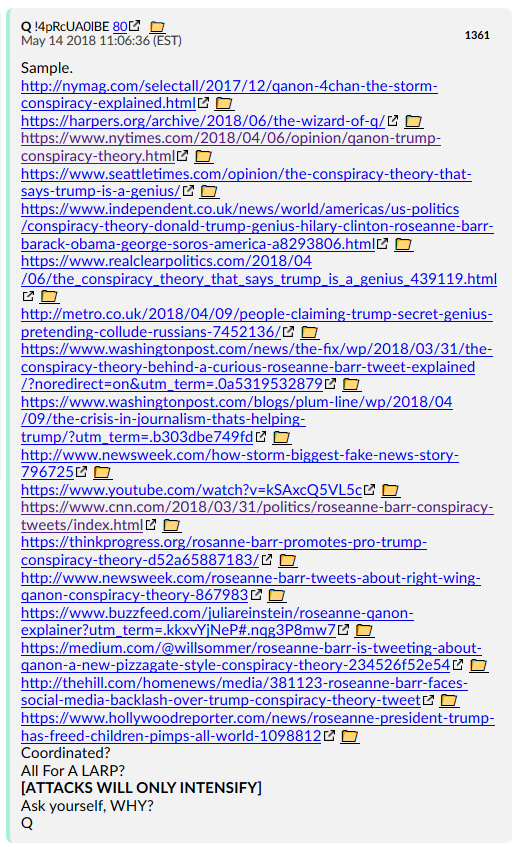 You don’t need me to really explain this one. Q compiled a list of links here, showing the increasing number of attacks against the “Conspiracy Theory” that is #QAnon. All attempts to discredit and shut down.

Here’s all the links, clickable for your convenience:

Actually, there is one thing I want to point out.

If Q is bringing this up again, do you think it’s because QTeam knows there are going to be new stories coming out soon?

I mean, they’re military intelligence. They know pretty much everything.

The bully tactics used thus far by the media, to ignore intimidate, silence, stigmatize, sideline, and discredit haven’t worked; the movement’s only grown.

In fact, despite all these links – this isn’t a whole ton of coverage. You’d have to be a daily reader of a site like Wapo or Newsweek to have this reach you.

And the media can really only has one option in this scenario, given these previous efforts haven’t worked: coordinate and get louder.

Pretty sure Q is telling us that there are going to be major coordinated MSM attacks in the very near future.

Get ready to see Q on CNN. 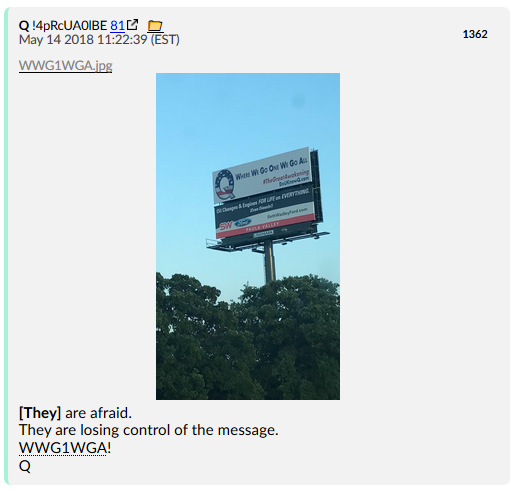 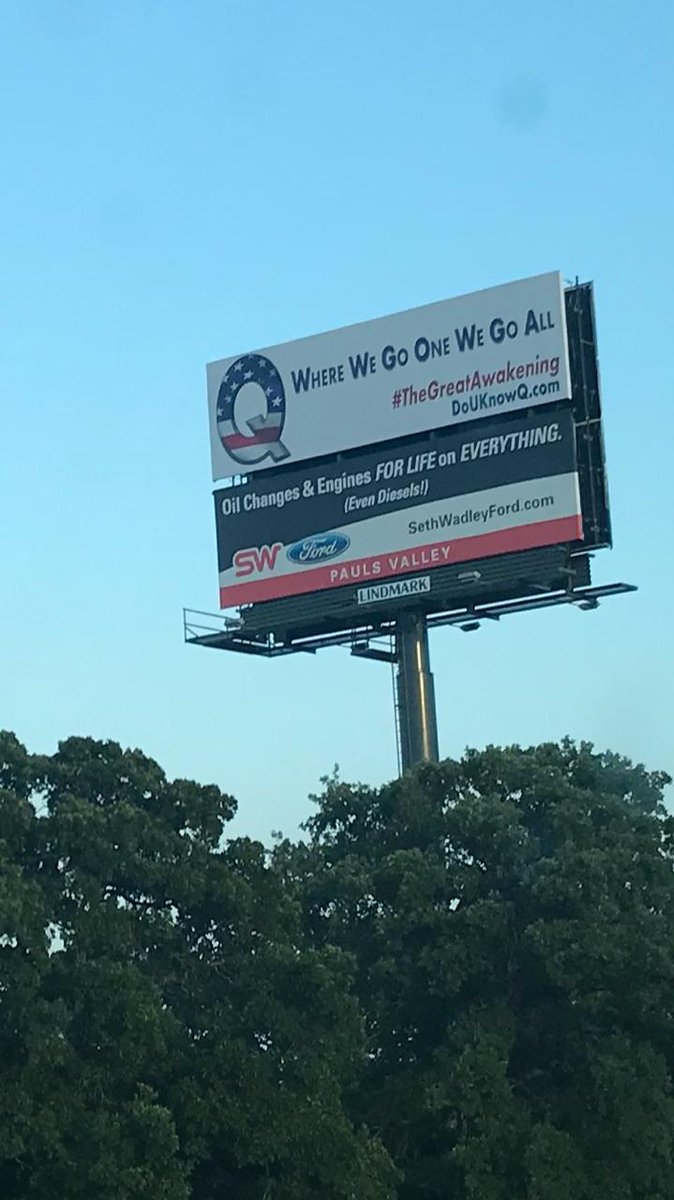 Now, part of me loves this billboard because it shows how much awareness is spreading, but… there was a major reason I didn’t cover this billboard the day it came out (which was like… two days ago or so).

And that’s because the site it links to is a really normie/pleb-tier trash-marketing site, looking to suck up your e-mail, spam you, and sell you overpriced junk.

Just look at their “store.”

It’s a nice billboard. It spreads awareness. But please, please, please, don’t throw your money at this guy. He’s a total rip-off, squatting on domains, and selling you some HTML marked up 20X over cost. 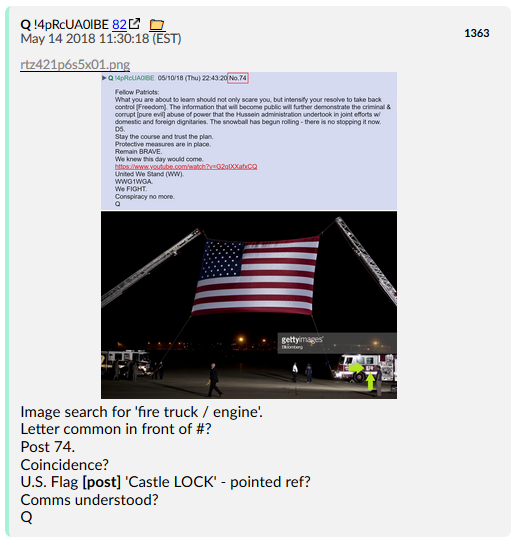 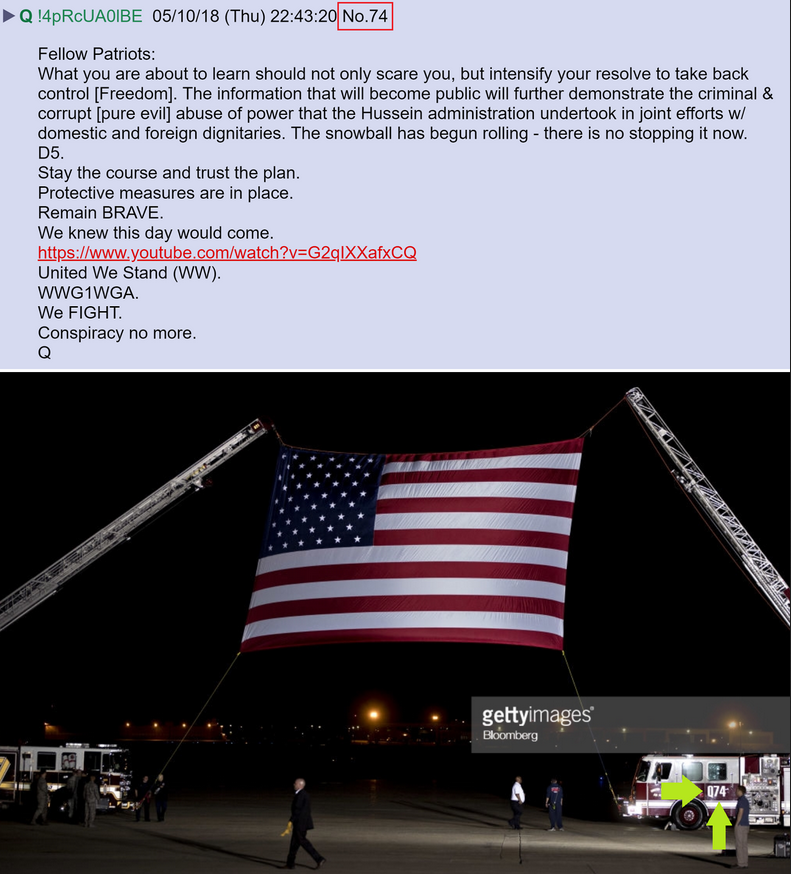 AAAAAYYYYYY who told ya, baby!?

Admittedly, what I did not get from the photo (and what Q is saying) is that the image was ALSO referencing this post: 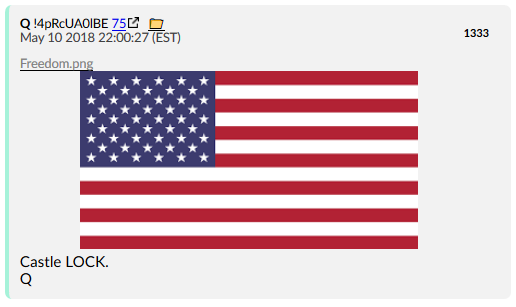 And, you know, he’s posted this image many, many times before. It’s a marker.

I think I got them all, below. Let me know if I missed any: 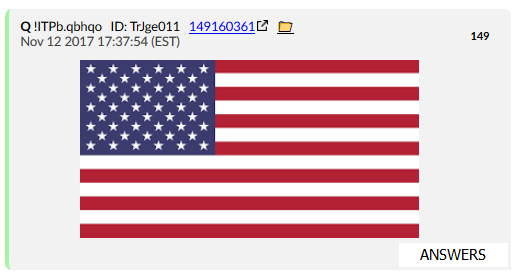 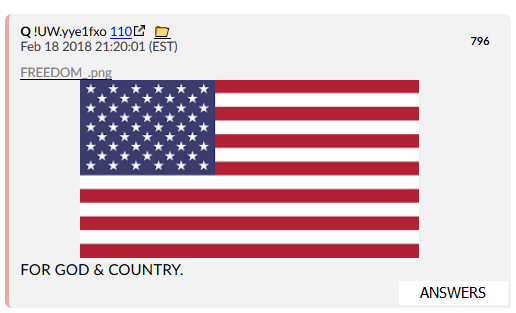 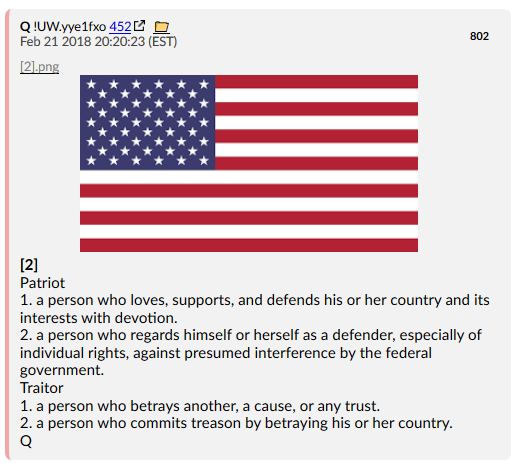 And… I actually have no idea what it signifies.

Well… Okay, let’s dive in just for a moment and try to sort this out.

Looking at Feb 21, Q highlights [2] in the killbox, and presents two options: Patriot, or Traitor.

[1] is, to my understanding, Hussein.

This is referring back to older Q drops see: 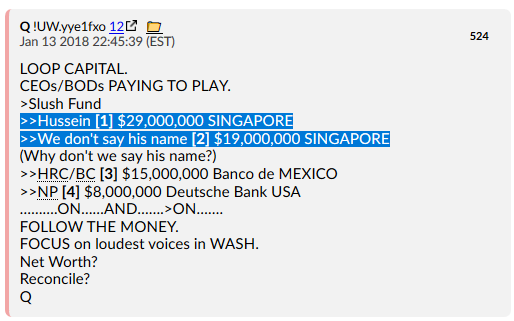 So, it makes sense that Q would present McCain with a Patriot/Traitor dichotomy.

I’m beginning to think each of these flags represents something done to McCain to try and get him to flip on #TheCabal.

Last night, I posited the theory that they were trying to get McCain to flip. They would make his situation seem so hopeless, so inescapable, that faking his own death would seem like a legitimate escape – only to then offer him a “way out,” so to speak.

And it’s kind of in McCain’s nature to go after his own best interests; let’s face it. So it makes sense that he would be targeted in this manner.

So going back to the dates, momentarily, if we search McCain May 10th, we get this: 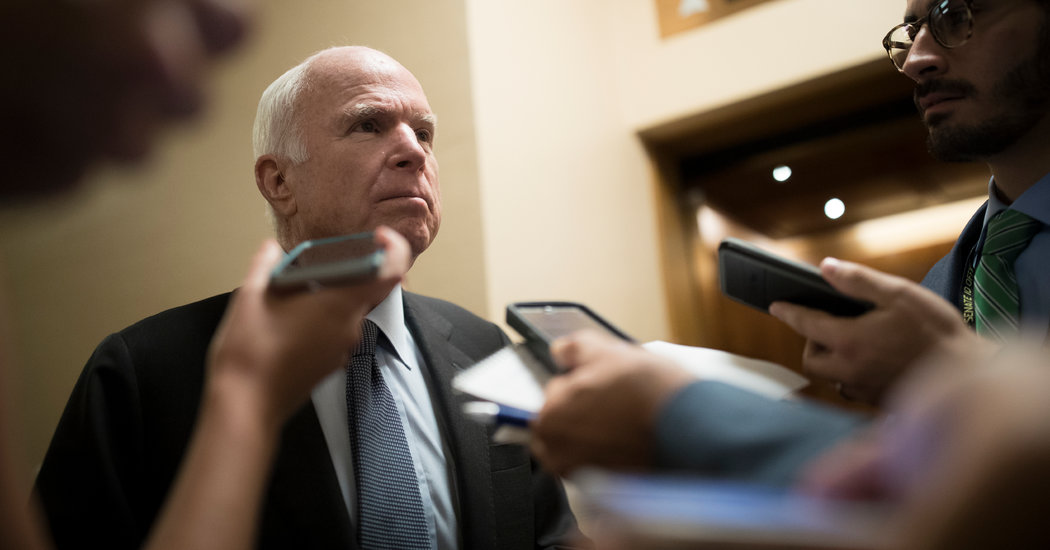 In a new memoir as he confronts brain cancer and his mortality, the senator from Arizona yearns for a return to more civil politics and worldwide U.S. leadership. 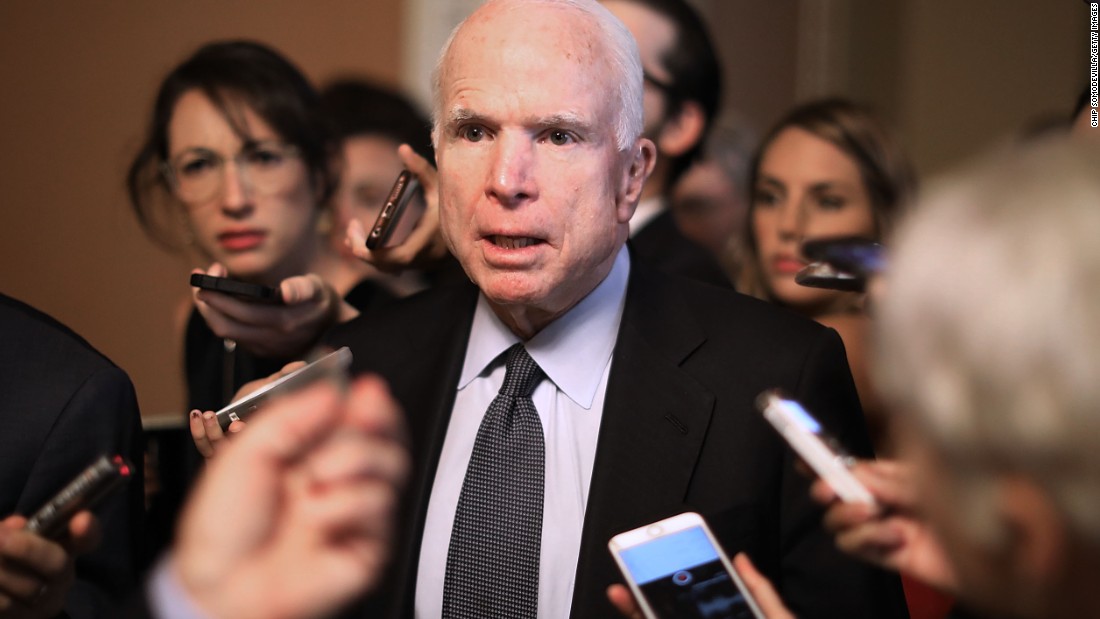 McCain slams Trump over siding with Putin on Russia meddling

Sen. John McCain slammed President Donald Trump on Saturday for saying he believes Russian President Vladimir Putin over senior US intelligence officials when he says his country didn't interfere in the 2016 election.

(And yes, it is originally from Nov 11th, but I think that’s fair game here).

McCain to miss State of the Union address

Sen. John McCain is poised to miss President Donald Trump's State of the Union speech, as well of his goal of returning to the U.S. Senate in January.

McCain wasn’t going to the SOTU address. using his fake illness as a cover.

Many anons speculated at the time that this was a reference to Apache County, Arizona.

And remember, “FREEDOM” was proclaimed over all the lawmakers sitting there, signifying their release from blackmail. All the Republicans in attendance gave a standing ovation and started chanting “USA! USA!” Many Dems sat, save for one, who scurried away immediately:

So we know who was freed from the blackmail…

But who was the one previously doing the blackmail?

Was this the night he lost all his leverage?

The “clock” was activated this night.

Meghan McCain tweeted this out: 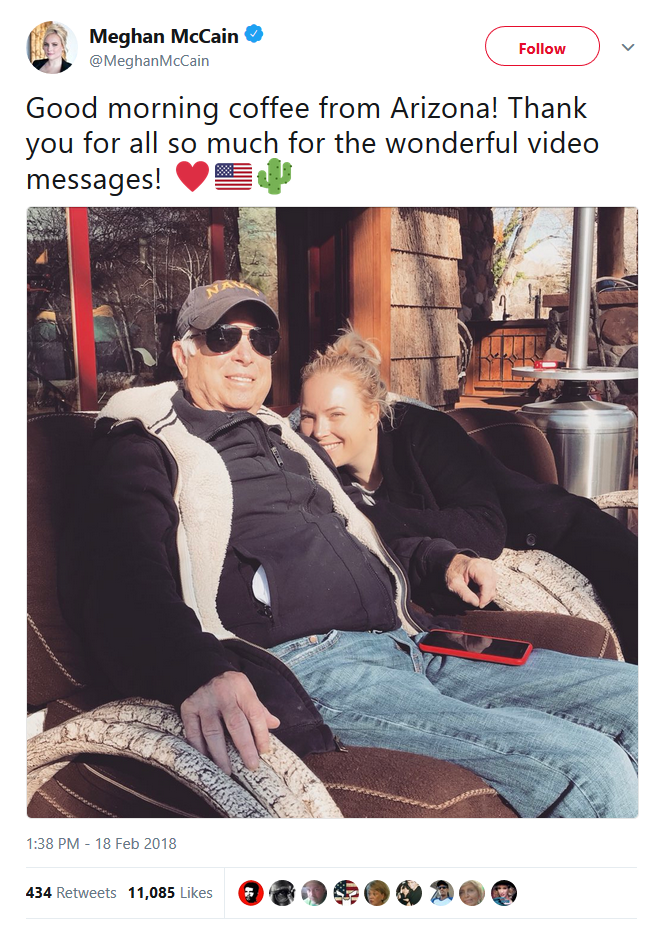 Note the phone in his lap; the phone he previously used to communicate with his operators through things like poker chatrooms, in an attempt to hide his communications.

Feb 21 we went over already, with the two choices for McCain

And if we run with this theory… it means that on May 10th, McCain has decided to flip. They have literally everything, backing “king,” Hussein into a corner, with no options left.

It’s being planned by Q team.

McCain is going into witness protection!!!

At least, that’s my current theory.

What do you guys think?