I reported on Stormy Daniels having a #NXIVM brand on her hip yesterday, but I found some really clear photos earlier today, and wanted to… extrapolate a bit more about what I think is really going on. 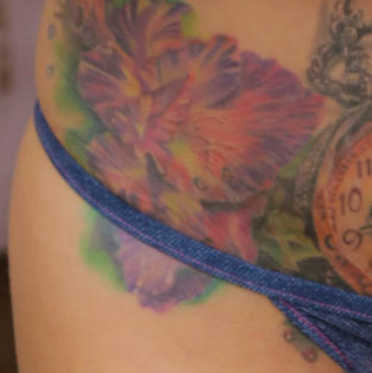 See it in the flower there? 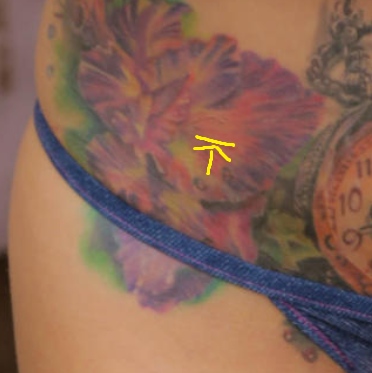 That’s about as much detail as I can get out of this particular photo… but there’s definitely something there.

But compare the mark you see on stormy to several documented cases of the brand. 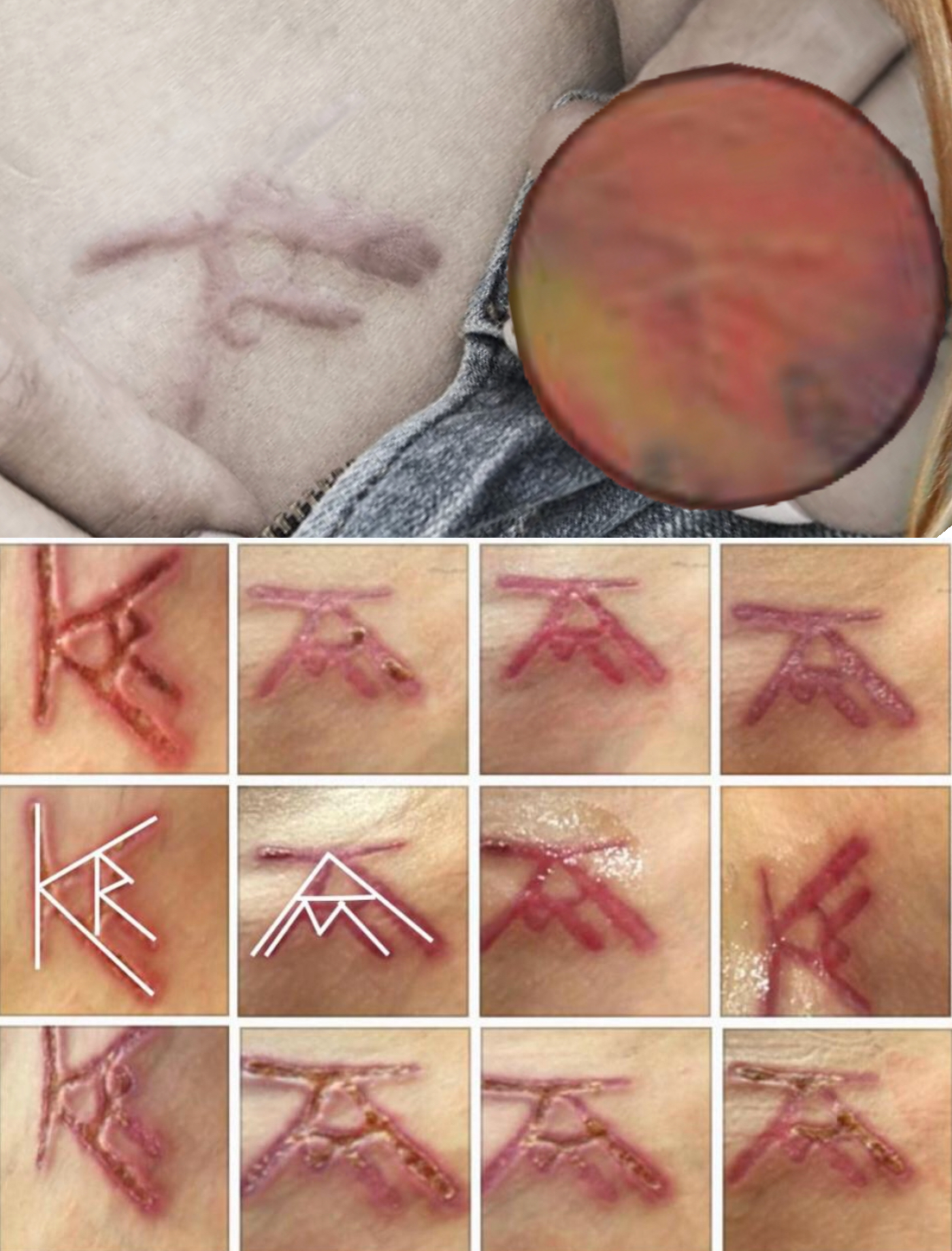 There’s definitely something going on there… 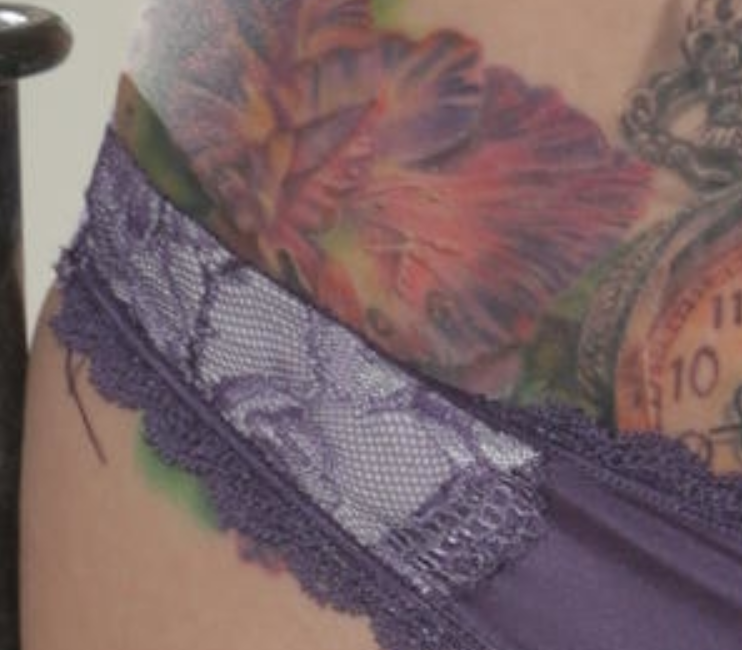 One #Anon made this: 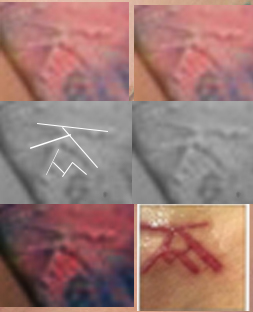 (And I’m hesitant to link this, because it’s Stormy responding to @BackChannel17 – which we all know Q called out as fake. But this is bigger than just @BC17. After all; he didn’t pick up on it until I reported on it the day before =D. But just keep in mind that, yeah this is not an endorsement of BC17). 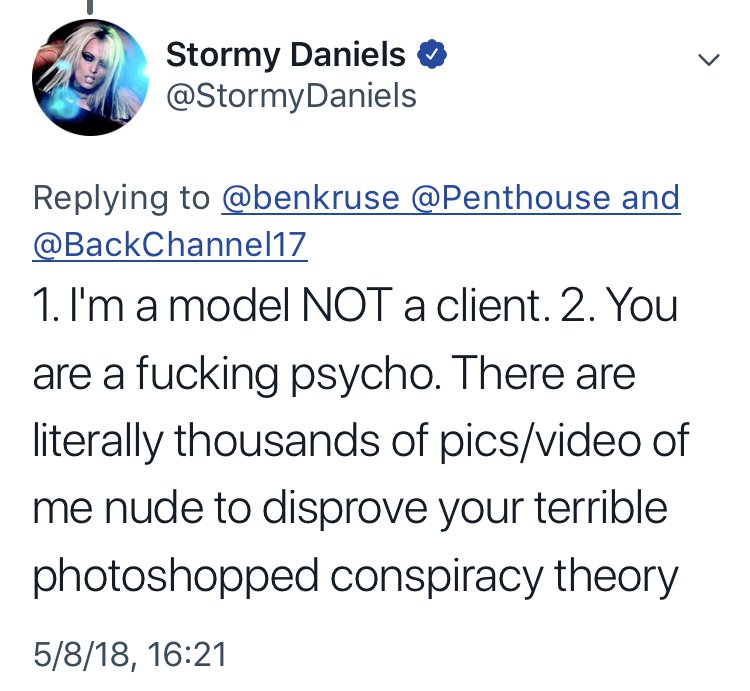 What a classy broad, amirite?

But… and I think I mentioned this a while back – I’ve had a theory that Stormy is actually /ourgal/ for a while now. I haven’t had much evidence (outside of some circumstantial suspicions) to back it up, but…

She did reveal the other night that she’s not paying her attorney: 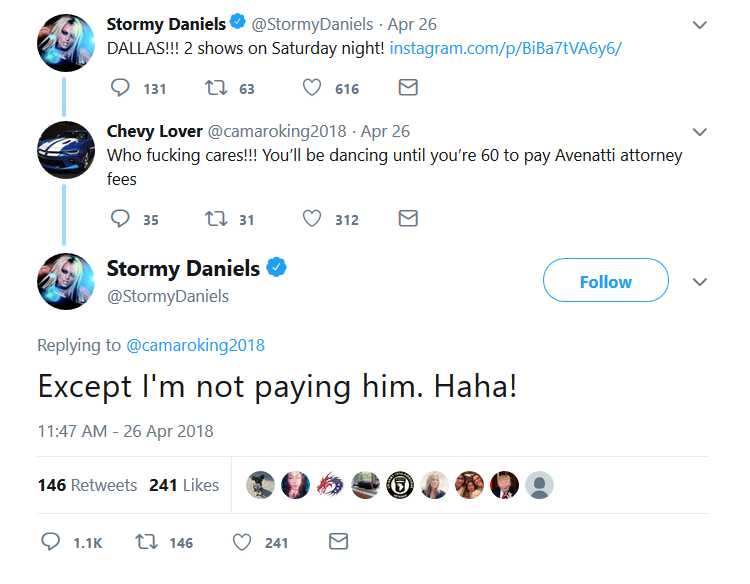 What is the purpose of a laser pointer?

And how many times has he reminded us that we are “watching a movie?”

With that in mind, I want to draw your attention AAAAAAALLLLLLLL the way back to #QAnon post #19.

Read the highlighted line, and the line above it: 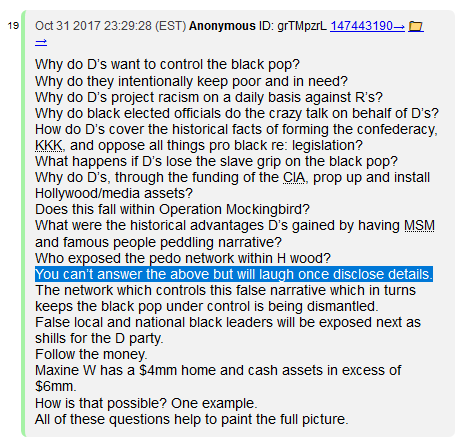 Gets involved with more shady, and connected characters.

Seems alright at first (as far as cults go), but the deeper she goes, the more disturbed she gets.

Ends up at Trump’s golf course one day. They become friends.

Stormy realizes she has a friend in a very powerful position now, and so, spills the beans on the pedo network in Hollywood.

(In fact, she probably does this before he is elected).

They formulate a plan and team up. Trump knows how he is perceived and how she is perceived, and they work off that angle, concocting a story of a lurid affair.

In exchange, Stormy gets to finally escape the NXIVM cult. Bad people who might otherwise hurt her will go to jail.

She agrees to play her part, and the media can’t help but cover it nonstop. It’s irresistible bait.

In the meantime, the Trump Admin gets to clean house as this smokescreen provides cover for them. Why focus on firings and such, when there’s this lurid story to tell?

And the best part?

Who is funding this lawsuit?

Let’s think for a moment.

Who do we know has a ton of money? A business empire? Deep, deep pockets that could afford to hire a law firm for an extended period of time?

UPDATE: Okay, the other possibilities here are that Stormy is still a slave to this cult, and is working for them, or that it’s just a weird scar.

But COME ON. Donald Trump suing himself just to throw off the media is SO TRUMP.

Now that’s what we call a smoking gun!