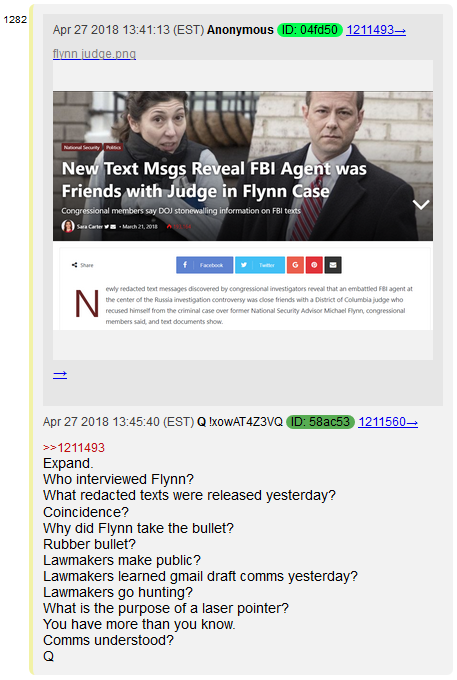 This is not going to be like my typical posts.

This is literally just here to keep a record of Q’s new posts. I’m really not trying to decode these at all, because I can’t be bothered today. 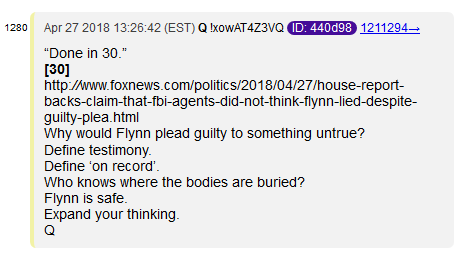 House Intelligence Committee Republicans, in their newly released report concluding their Russia investigation, seemed to back up reports that FBI agents did not think ex-White House national security adviser Michael Flynn lied to them – despite his eventual guilty plea for making false statements.

Why would Flynn plead guilty to something untrue? 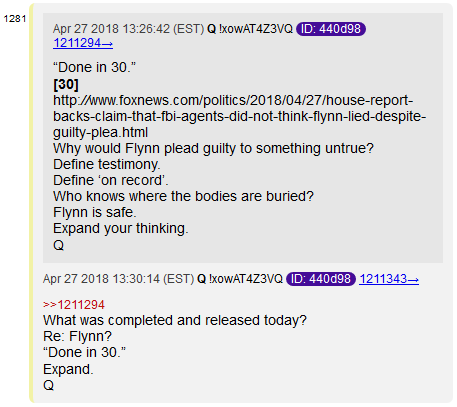 No idea what was completed and released today. Not going to try and find it, either.

And I think I’ve said this before, but repeating “You have more than you know” is probably the single most demoralizing thing you can say. We’ve gone six months with you saying that, and frankly, no one is figuring out your little secret messages. 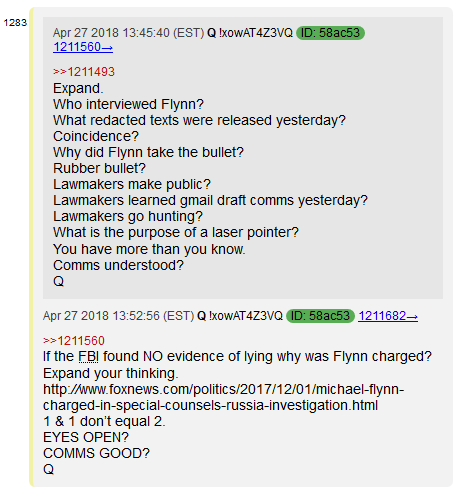 No. Comms not good. Comms opaque and frustrating to the point where I can’t be bothered any more. 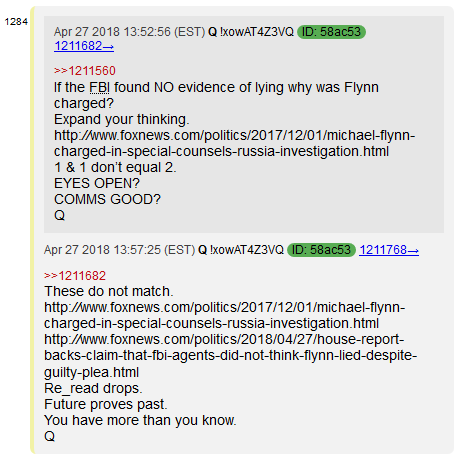 We get it. There’s some kind of technical, legal nonsense that prevented Flynn from testifying while an adviser. I don’t get why. I’m not a legal expert, and I don’t really care about those details, so I’m not going to waste time, combing through today.

I’m taking a break. You do you in the meantime, Q.

Wake me up when someone arrests Hillary.

More boring Q drops, which I’m not going to spend any time on: 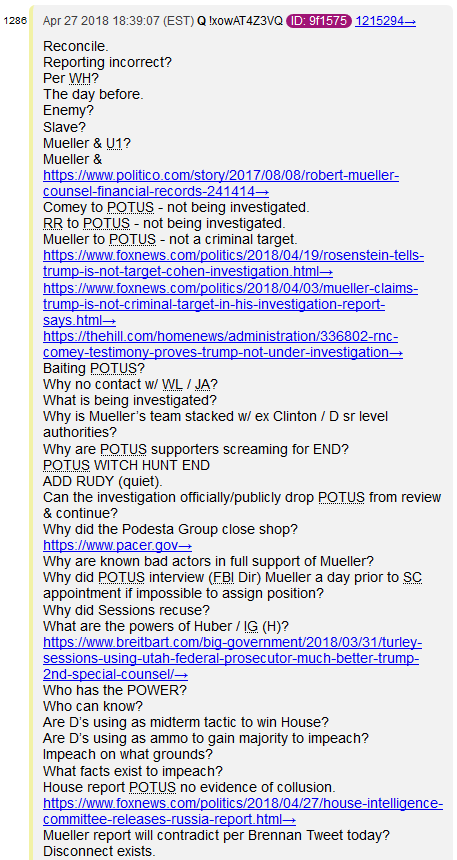 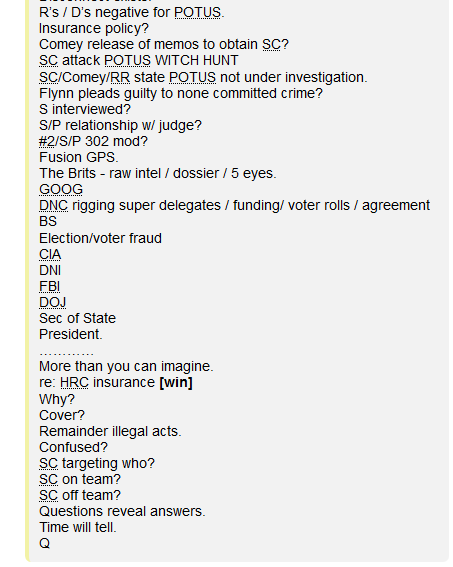 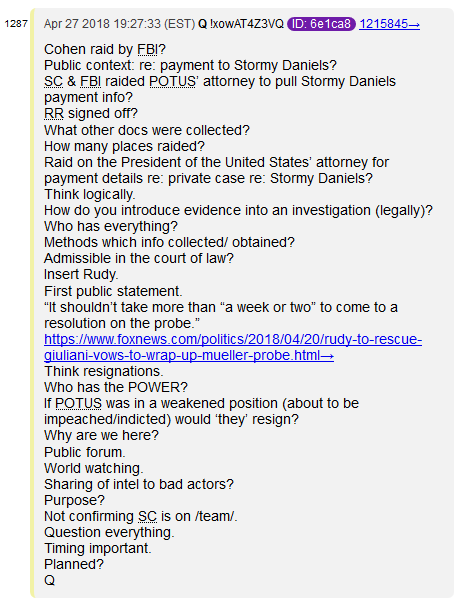 I honestly can’t even pay attention to anything happening on the research boards right now. It’s all just a noisy blur.

I need a real break.

94 thoughts on “#NewQ. Too Tired to Decode Edition. #QAnon #GreatAwakening”