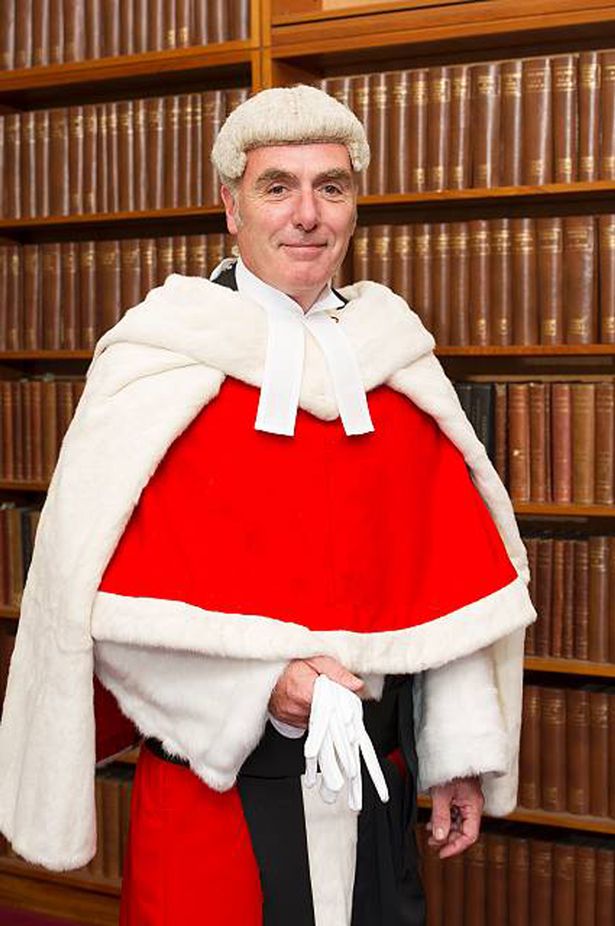 Do you see this repugnant excuse for a human being?

Get a good look at him.

This vile pile of excrement is UK Justice Anthony Hayden, and he’s the one who has just the other day condemned a semi-responsive two-year old child, Alfie Evans, to death.

Alfie has been having trouble, and needed life support to help get his body the oxygen and nutrition it needed. But he had been on it for a while.

And this absolute scumbag of a Judge ordered him removed from life support just a few short days ago.

Of course, this isn’t without precedent. Some of you will remember little Charlie Gard, who the UK sentenced to death last year, when they, too, demanded his death by ordering him off life support.

But this case is even more extreme, because:

So the excuse initially was that the NHS can’t afford this kind of extended treatment for Alfie… but even when there’s NO cost whatsoever to the NHS, they STILL DEMANDED THAT HE DIE!

When Alfie was taken off life support, he shocked doctors by STARTING TO BREATH ON HIS OWN AGAIN!

Alfie’s dad now gives him routine mouth-to-mouth, to help oxygenate him. So far, he’s holding on. But it’s been a brutal few days.

Alfie Evans' parents are tonight giving him mouth-to-mouth resuscitation in a desperate bid to keep him alive after a court ruled he cannot be flown to Italy for treatment.

Tthe message is clear: these renegade courts make a MOCKERY of Justice and WANT THESE KIDS DEAD!

And is that any surprise, with this ruling coming from a man who LITERALLY AUTHORED THE BOOK regarding same-sex couples and children: 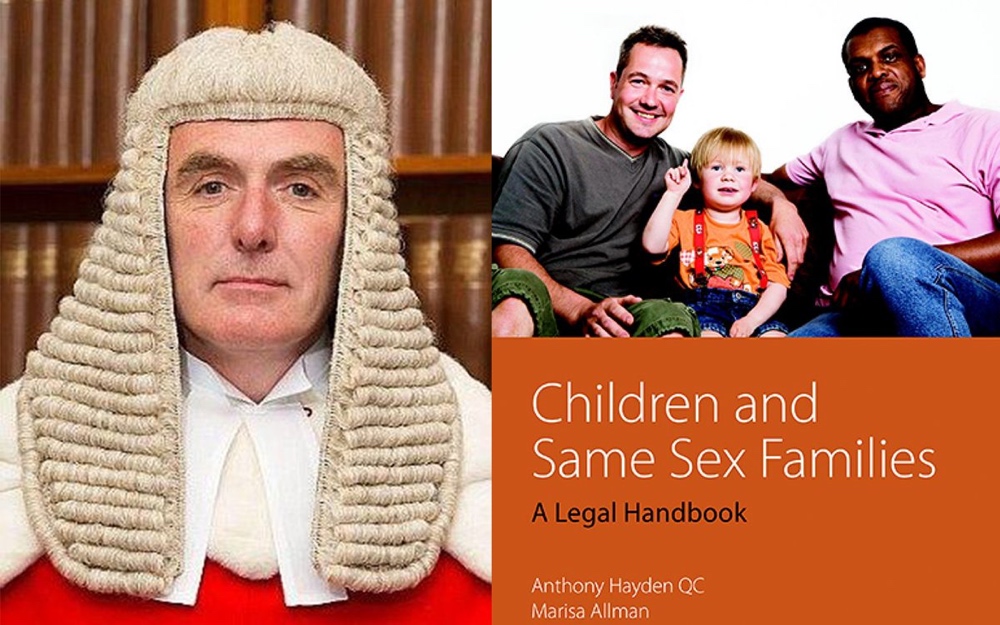 The Bar Lesbian and Gay Group identified Justice Anthony Hayden as a member.

This judge is an absolute tyrant; he’s disgusting vermin who’s activist rulings actively DESTROY the nuclear family – in this case, by literally ordering the death of the biological children of straight couples. 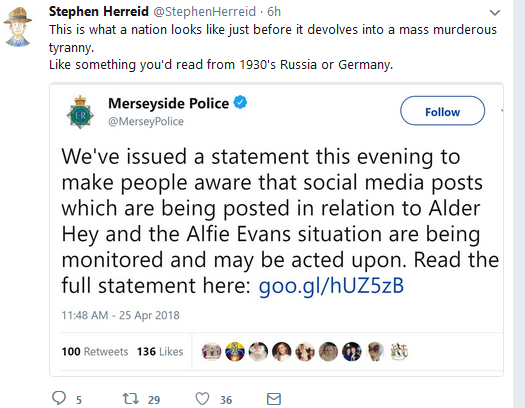 Screw you, Merseyside Police, you abject cowards. You pathetic worms.

This is what tyranny looks like. This is what happens when the state stops working for you, and starts treating you like cattle (“feeders”).

Let me be exceedingly clear here:

Britons should be marching in the streets over this. They should be STORMING this perverted Judge’s home with torches, parading him through the streets naked until his feet bleed and he collapses from exhaustion. Let HIM BET THE ONE TO STARVE! Let HIM SUFFER A LACK OF OXYGEN! Give him the exact same treatment he ordered, and let that be a testament to any other activist judges who would dare twist law into a weapon against good people.

Britons should demand his legal authority be stripped, immediately – and the same for all judges who continue to rule against him.

Britons should be ARMED and FOCUSED on getting Alfie to Italy immediately.

Make a convoy; refuse to stop for the police. REBEL UNTIL ALFIE GETS THE CARE HE NEEDS.

How long with Britons continue to tolerate such tyranny in their midsts?!

Is it even worth living in a nation that abhors your own children so much?

Stand up and refuse to accept the future dictated to you by these tyrants!

21 thoughts on “The Perverted “Justice” of Judge Anthony Hayden. #AlfiesArmy”