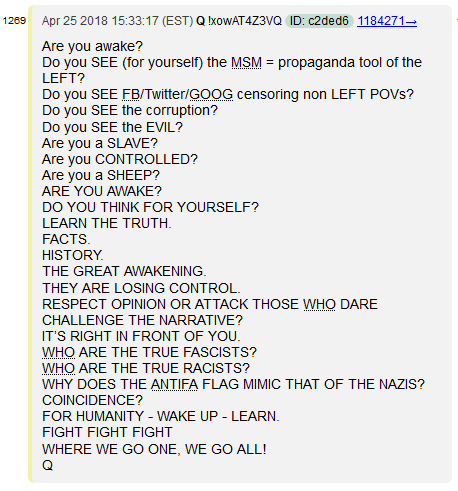 This was re: Kanye, and subsequent media/tweetstorm he helped create. I just covered that, in case you missed it.

#QAnon is saying it already happened but it hasn’t been disclosed to the public, yet. 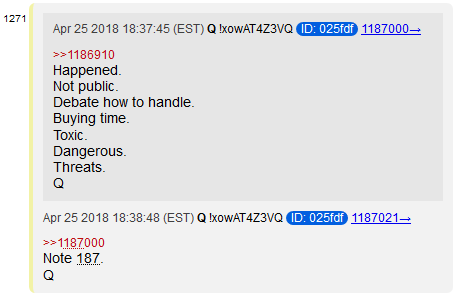 Reminder: 187 is code for assassination. 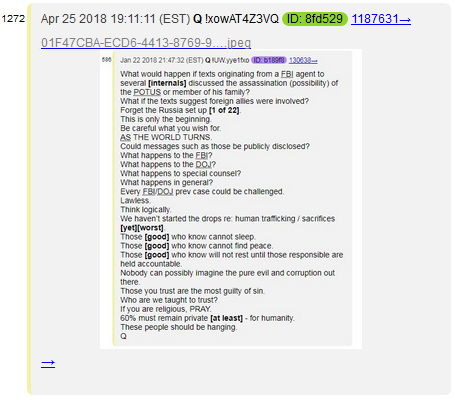 Q posted his older post, which I referenced the other day in my “As the World Turns” Assassination theory post. I’m not going to post a link here, because I’m hoping you read that already. 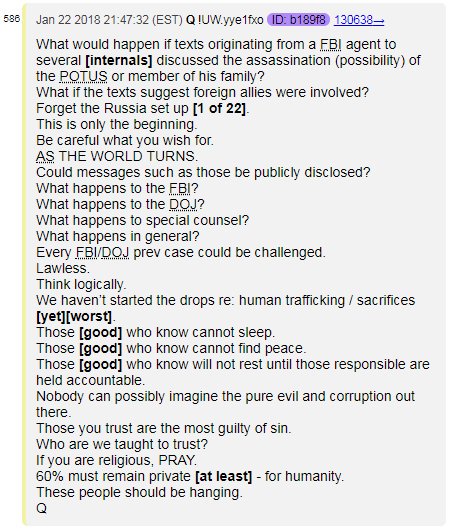 Prediction, on top of this all: Macron flipped!

Was France among the “Foreign Allies” involved in all this? (Which would put these happenings before Macron was elected).

Wonder if he added something to the “MOAB” that made it even more explosive!

Once the Strozk texts are released, the Russia investigation ENDS. Rudy is prepping Mueller on how to handle that – because remember my prediction – Mueller has been working for Trump this whole time, hunting a Witch.

But yeah, the people who ordered this investigation go to jail.

The people who helped cover it up go to jail.

And there’s a very real likelihood that Hillary and Obama will BOTH be arrested.

On top of that, now, with the likes of Kanye putting a sliver of doubt into so many minds around the nation, making it more “socially acceptable” to support Trump, well… this is what comes next:

If I’ve been the shirtless guy flailing all alone on the green for the past three years, Kanye just appeared at ~1:25.

(Protip: this has basically been my strategy with Neon Revolt. Anyone can do what I do).

AND – because exposing these texts is like lighting a fuse – now we get to start seeing ALL THE OTHER examples of corruption and treason brought into the daylight.

The really dark, diabolical stuff comes out AFTER all this.

You got your rain-boots on, patriots?

And then there was this: 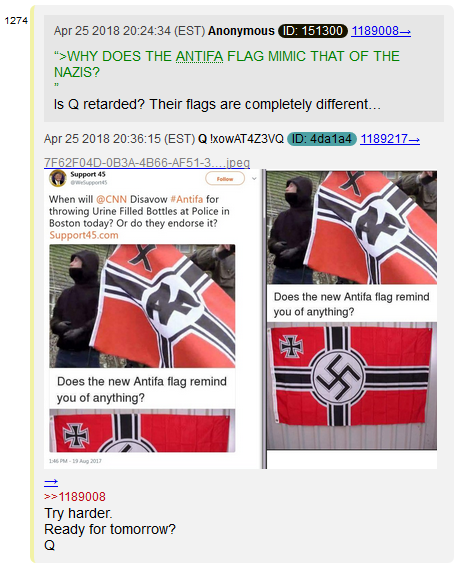 Uh, I think he was just joking, Q.

It was funny to me, at least.