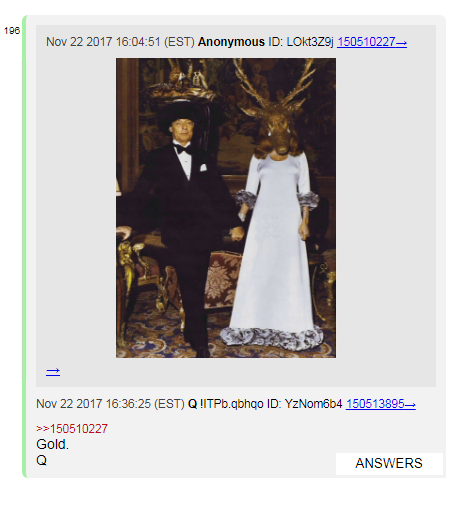 Legionaries – I’m not going to lie – this one is going to be rough.

Fair warning, this post contains pictures of dead children. They look like movie props, and have clearly been dead for a very long time, to the point where they’re basically mummified, but if that’s going to be upsetting to you, leave now.

Okay, getting in to it – we’ll review some old #QAnon posts from back in November: 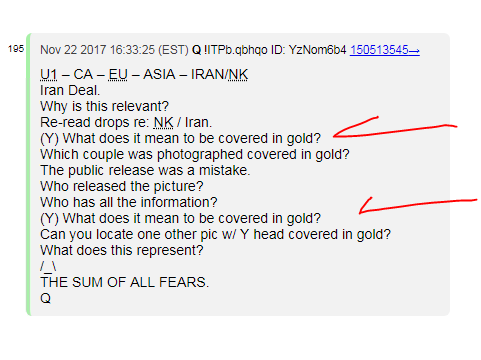 So even if we don’t know what #TheCabal’s does with all that gold, they’re clearly obsessed with it for some reason.

Next, I want you to read this #CDAN post.

(Since I have a lot of new followers, for those who don’t know, CDAN stands for Crazy Days and Nights. It’s a blog run by a very-high-up Entertainment lawyer who has basically been spilling the beans for the past few years, disclosing all these secrets and misdeeds. Frankly, I don’t know how he’s still alive).

Anyway, he published this today. 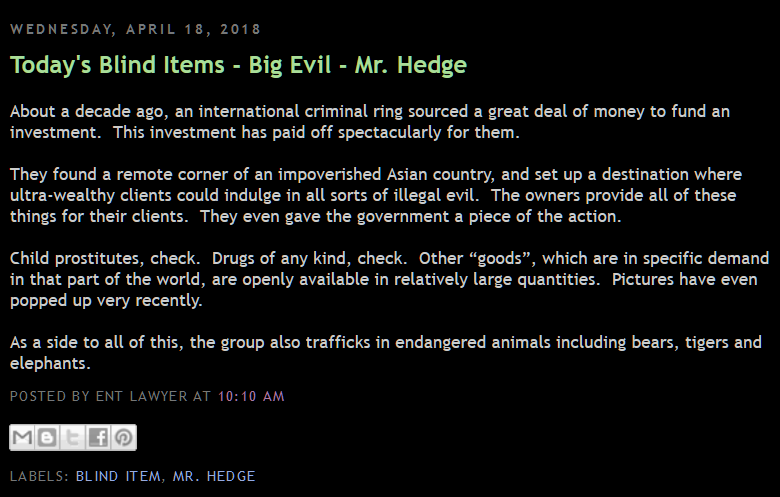 Other “goods?” That’s a very strange choice of words.

Last chance to look away. 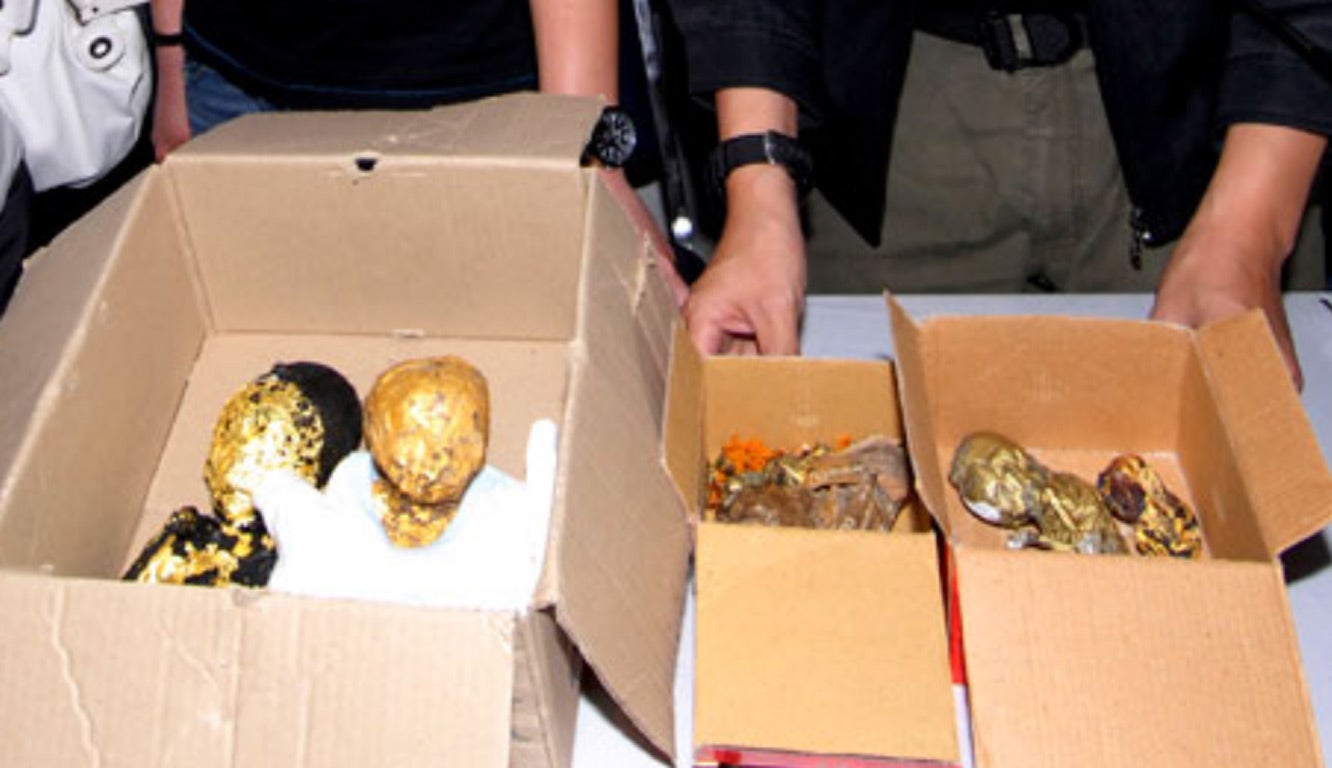 Briton arrested in Thailand after being found with six roasted human

More photos have found their way online, since: 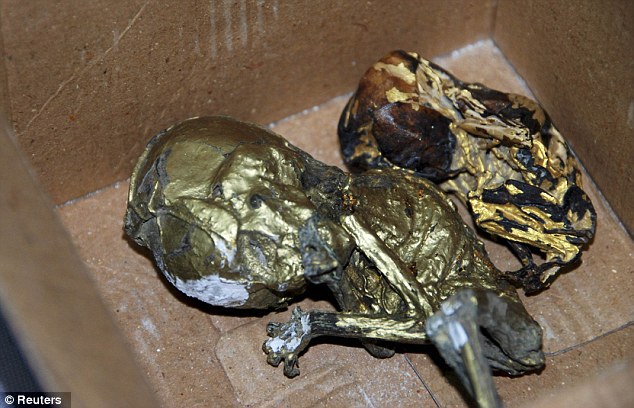 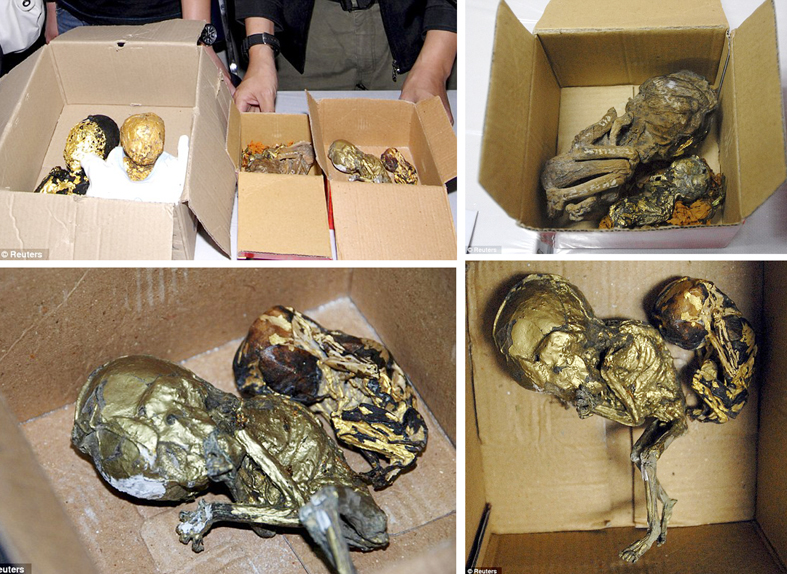 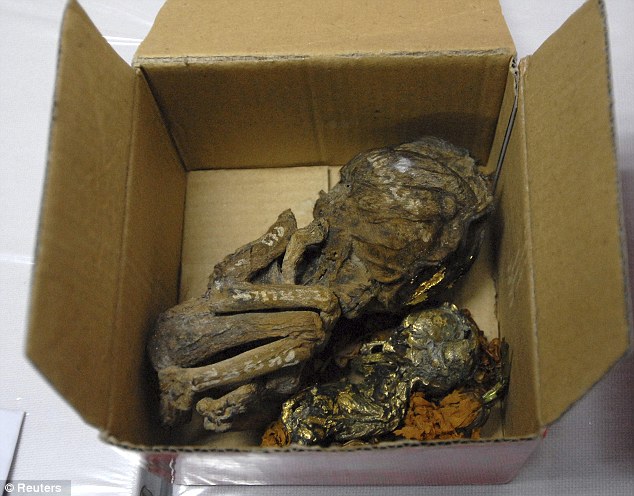 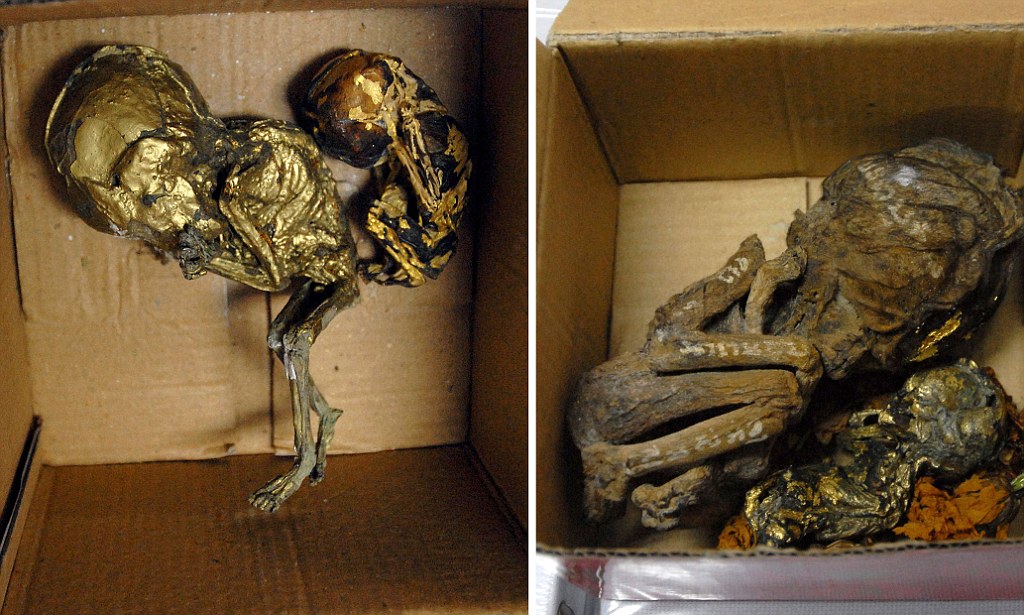 I’ve been made aware of soooooo much more since I published this.

Here’s what I found out.

Actually… Screw it. @OnWithLogic‏ did an amazing job with this, so I’m just going to copy his tweets verbatim here: 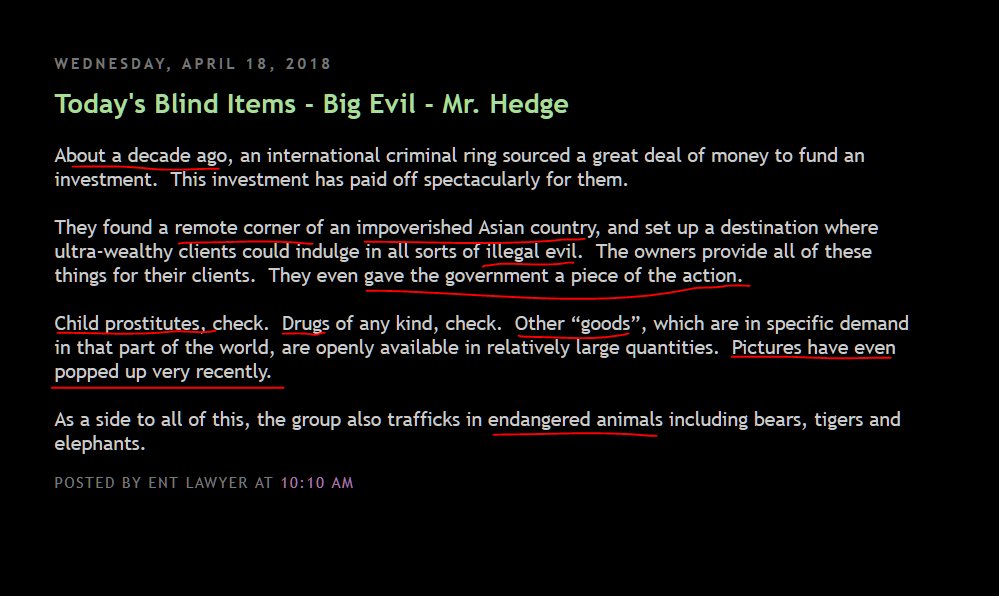 2) Starting with the country in question, it’s #Laos. This is the Kings Romans Casino in a remote corner of Laos. Matches the #blind. Poverty? Dead poor. Ranks 9 of 10 in the region, and #135 globally. More about the casino… 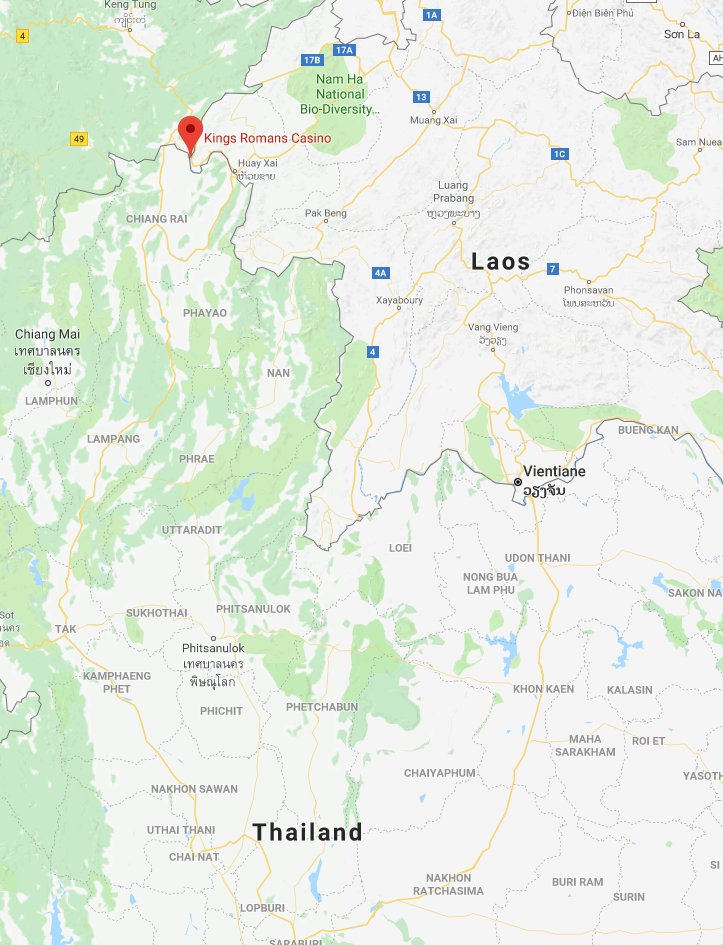 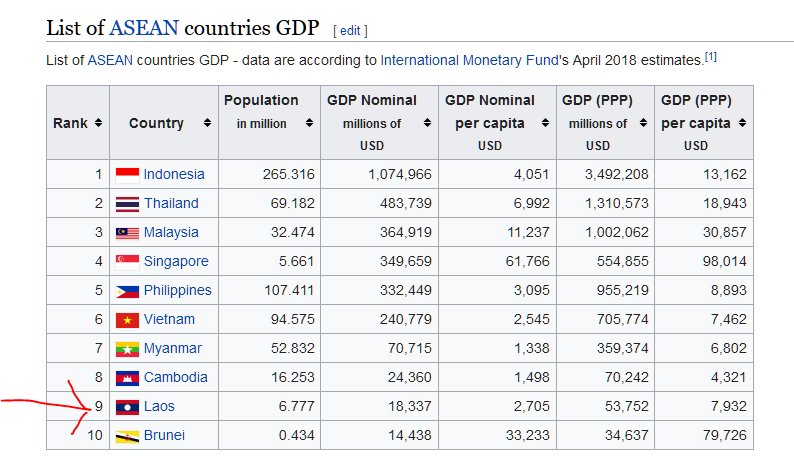 3) The blind says that “about a decade ago” it was funded. See below, the lease with the government was signed in 2007, that fits. It’s a 99 year lease. And the government gets a 20% cut. Ding ding ding.

4) So we’ve established this is definitely the place, now the illegal activities & how we can tie this back to #Qanon. An exhaustive article (nice work Simon Parry & @SCMP_News) on this disgusting place: 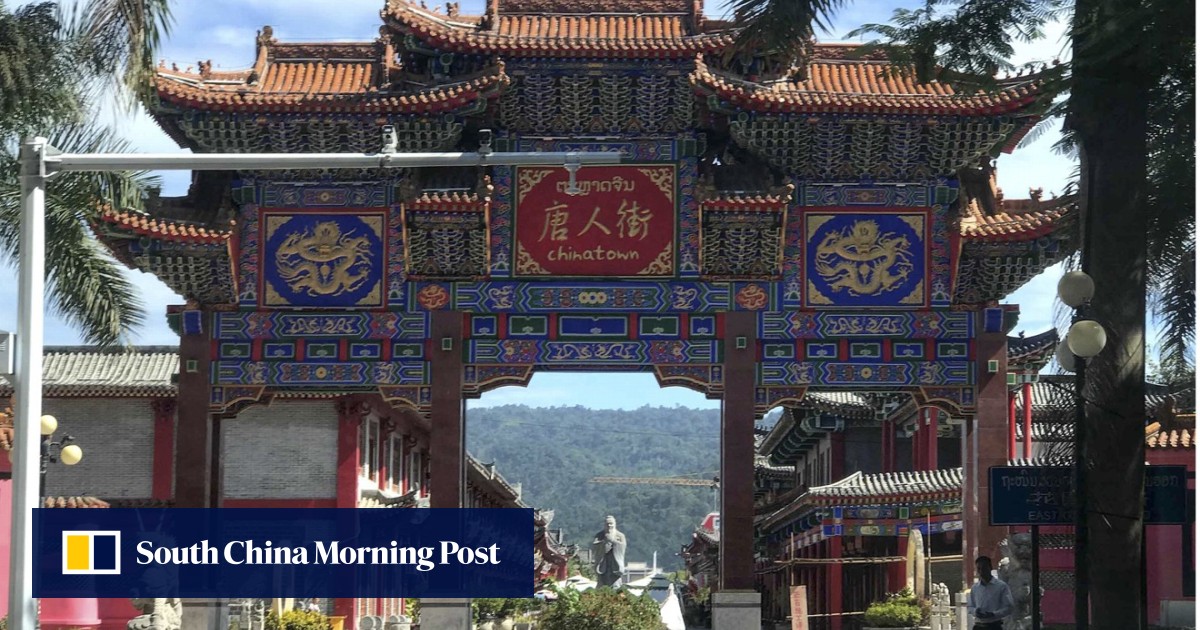 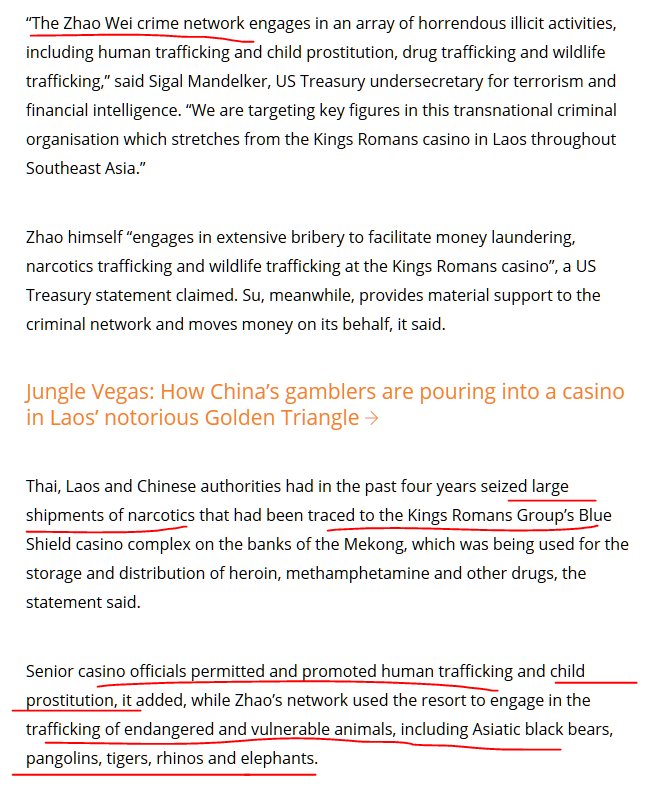 6) The Zhao Wei crime network is a transnational criminal organization & names two registered Hong Kong companies under the Kings Romans Group as corporate fronts headed by Zhao and Su Guiqin, who looks like one nasty woman. Note the circle around #Thailand. Come back to that. 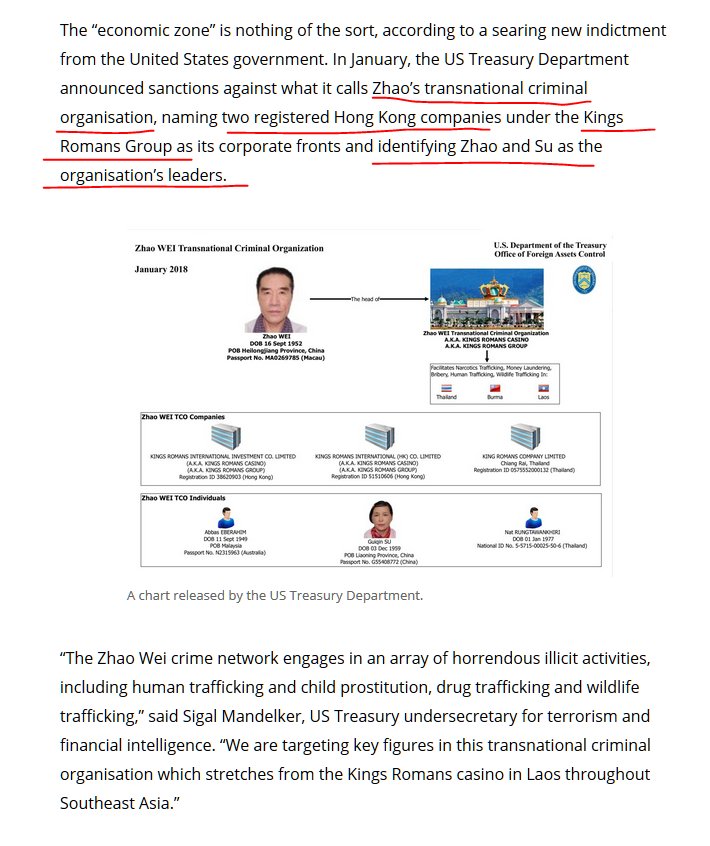 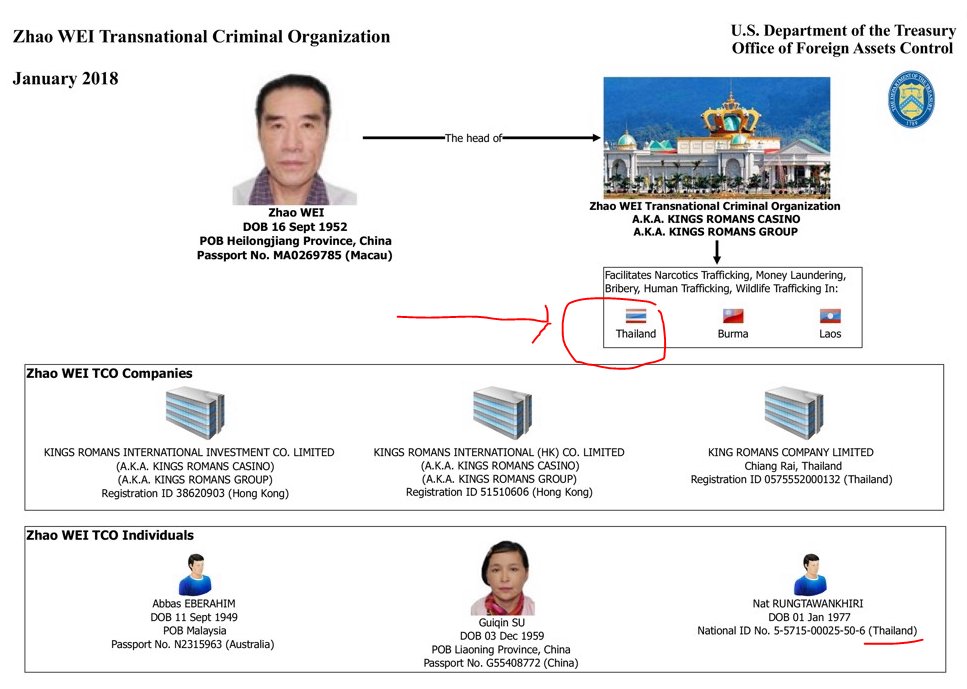 7) So this Nat Rungtawamkhiri is the Thai arm of this #cabal, and at first glance you’d have to assume drugs, of course. And while probably true, there’s more. Time to link this to #Qanon posts. If you are eating, stop. In the next tweet are fetuses and babies up to 7 mos old.

8) Not just babies. They have been roasted in some manner, and then covered in gold leaf. For attentive #Anons, this will ring a bell. This is horrific to look at, but this is our world. “Other goods” from the #CDAN #blind.

(Note from Neon: You saw the pics above. I don’t need to repost them here).

9) What’s the backstory? Here is our sicko. #British citizen, caught trying to smuggle them from #Thailand. Probably a mule.

(Note from Neon: And then he includes the same story from The Independent that I linked to earlier in the article)

10) Ready for the outrage to hit 11? For smuggling these for a “black magic services website”, he can face A YEAR in prison. A YEAR. Deserves the #DeathPenalty.

11) Ok, so #Qanon. Gold. #England is one of the homes of the #Cabal. Remember these #Q drops about gold? Those are the #Rothschilds, when they hosted a “surrealist” party. Then in another post talks about “skin of the gods” and how it was often used to craft objects.

(Note from Neon: These next few posts include line analysis of Q’s drops at the top of this article)

12) The sun god Ra. Skin of gold. See #Qanon post below. “Many governments of the world feed the ‘Eye.’

13) Who could possibly be doing this? Well in the 3rd #Q drop, it says (Y) What does it mean to be covered in gold… the Y being a reference to the goat here, or #Baphomet. I would venture those babies were going to be used in a #SATANIC ritual. 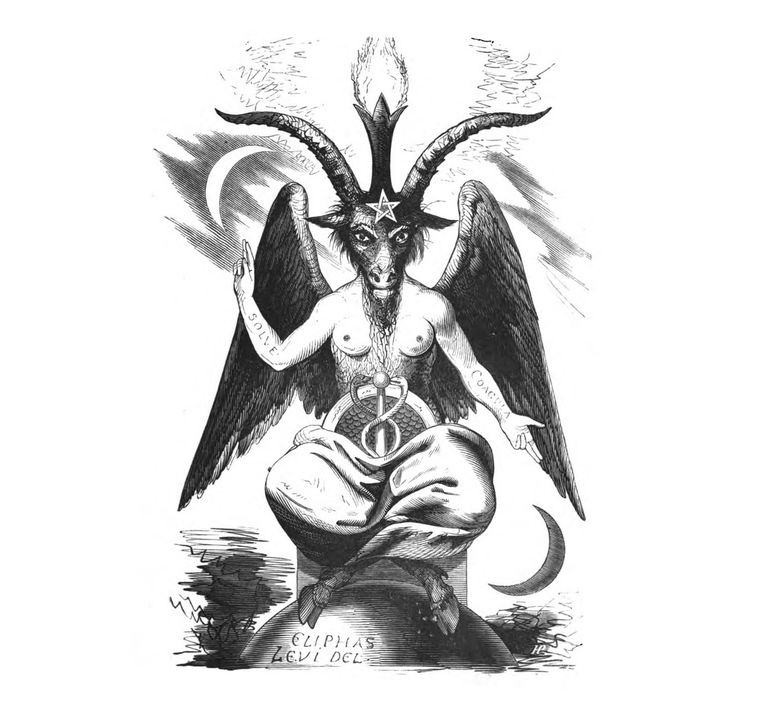 14) A “triangle has (3) sides”. In #Laos, do you know where the Kings Romans casino is located? An area called the “Golden Triangle economic zone, Where Laos, #Thailand, and #Myanmar share a border (3) countries.

15) So we have a piece of the #cabal engaged in horrific activities. I can only imagine the horrors these victims of this network endure. We have to #ExposeAllEvil, because we know

Oh, now you can finish your sandwich.

Addendum: Missed connection pointed out to me

endangered game hunting, parties eating these animals (like tigers). #pedovore angle here is disturbing but well within realm of possibility considering this place seems to have no limitations… by design. A depravity playground. 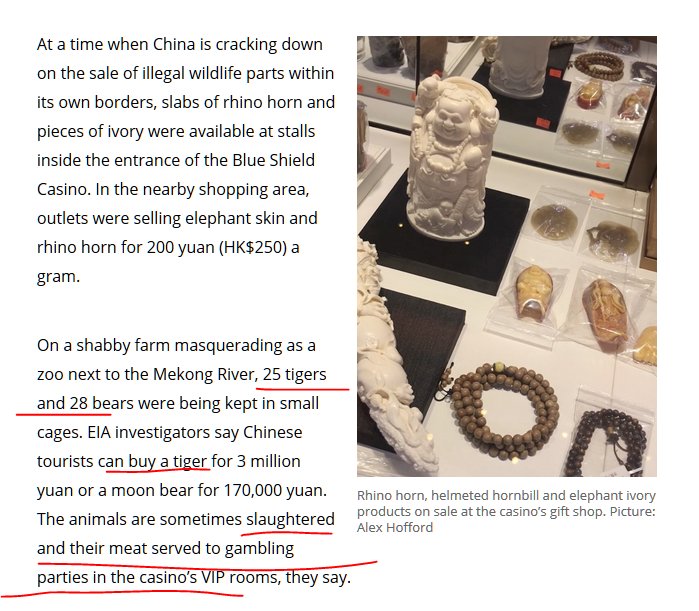 How’s that for a rabbit hole?

5 thoughts on “The “Skin of the Gods!” #TheCabal’s Obsession with GOLD! #QAnon #GreatAwakening”