I’ve had it with these Cabal-run platforms.

Many of you already know I’ve already been unfairly suspended from Twitter for thought-crimes.

And though I’ve appealed the suspension, Twitter refuses to respond, effectively locking me out of my own account.

What that means is that I haven’t actually done anything that violates the rules, so they can’t officially ban me.

It just means that they’re going to make sure NO ONE sees my work on their platform: 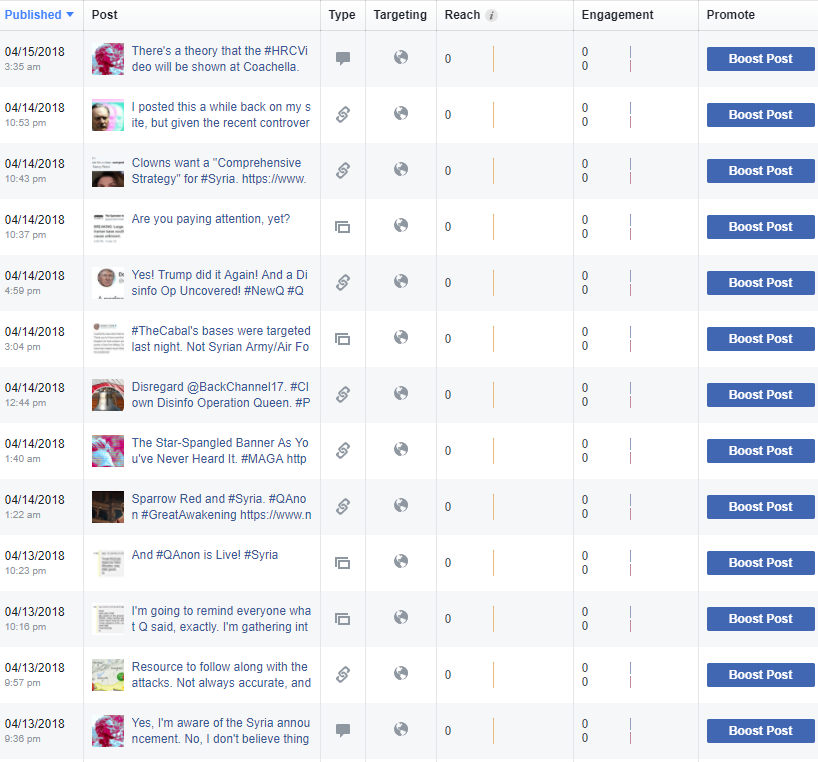 Look at all those Zeroes.

This is how they censor ideas. Ted Cruz is right: Facebook has no right to call themselves a neutral harbor if they are engaging in censorship of political speech.

Cruz, notably, cited the Diamond and Silk controversy during #Cuckerberg’s congressional hearing. These ladies are 100% rule-abiding, but had been censored by the Leftists running Facebook.

They were, of course, reinstated after Cruz called Zuck out on national TV. But they’ve been pulling the same shadowbanning crap on them, ever since. 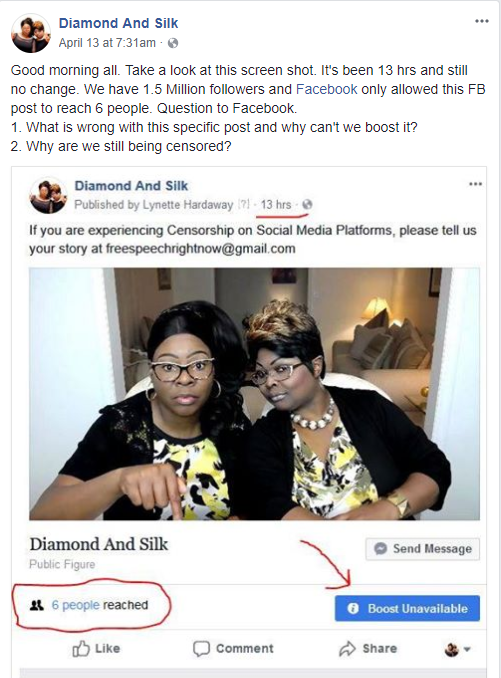 If you’ve followed me for any length of time, you’ll know I used to have a Facebook page with over 9100 subscribers, which I ran for about a year and a half.

None of my posts violated any rules, yet because they usually went against “the official narrative,” Facebook nuked that page instead of playing fair.

So I started from scratch earlier this year. It’s why I built this page; so Zuckerberg and The Cabal could no longer censor me.

Of course, Zuck was up to his typical tricks when I tried to make a new page. Almost immediately, the plugin I used to instantly post my stories to Facebook was disabled, forcing me to publish stories manually. Simply put, one day it worked. The next, it didn’t – and nothing had changed on my end.

That’s right; I’ve had to copy and paste hundreds to titles and URLS by hand, over the past few months.

Facebook also DEMANDED ID from me at one point, saying they would disable my page if I didn’t hand it over.

I threatened to report them to the Better Business Bureau and got them to back down.

But they soon obtained their revenge by locking me in Facebook jail, shadowbanning my page and neutering my reach.

So today, I’m announcing that I will no longer have an active presence on ANY Cabal-affiliated Social Media site.

The ONLY way you can connect with me going forward will be on emerging social networks that support Free Speech, and refuse to censor users (and of course, here, on my site).

I will not be responding to any comments or messages on Facebook any more. Likewise, I am unable to on Twitter.

You can currently connect with me on MeWe and Gab. These links will take you directly to my pages there:

The Exodus has begun.