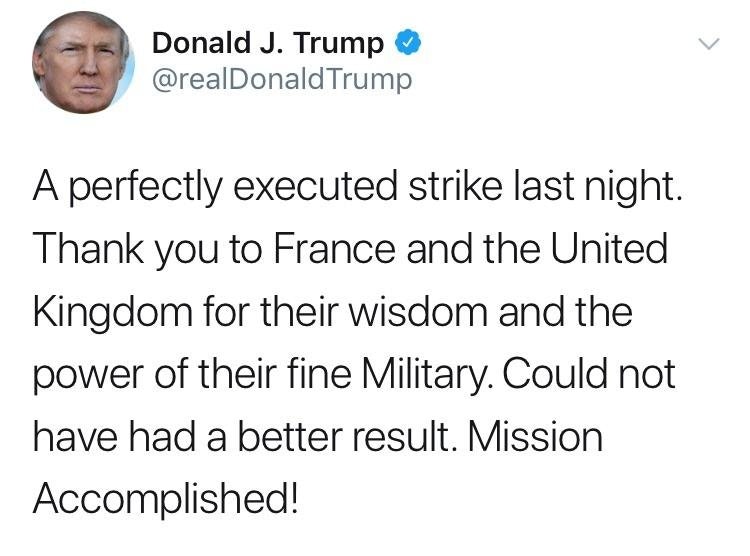 I’m glad #QAnon posted this. I grabbed a screen of this anon earlier, saving it for an upcoming post, but it’s nice to see that Q actively watches and engages with the board. 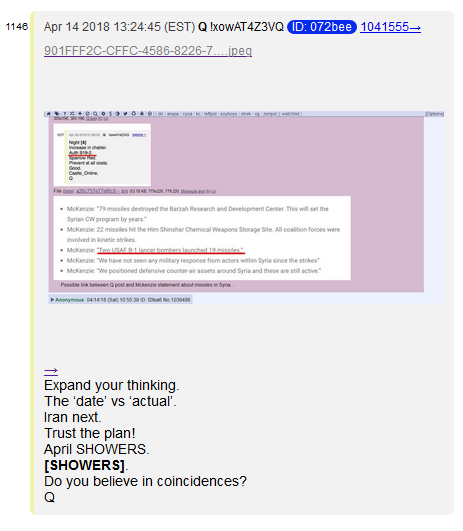 The attack was on the 13th.

If you go back to April 3rd, you’ll find Q’s first mention of April Showers.

Either way, Q is saying they were already planning on attacking at least SOME of the targets that got hit last night.

But when you combine it with the Sparrow Red drops, the picture looks a bit clearer.

#POTUS and Q team got some kind of intel – most likely from a flipped Russian spy – that gave them more than they had previously, and they needed to verify whether it was accurate.

The new intel gave them even more targets, and made the attack even more effective.

And what did they end up hitting last night? 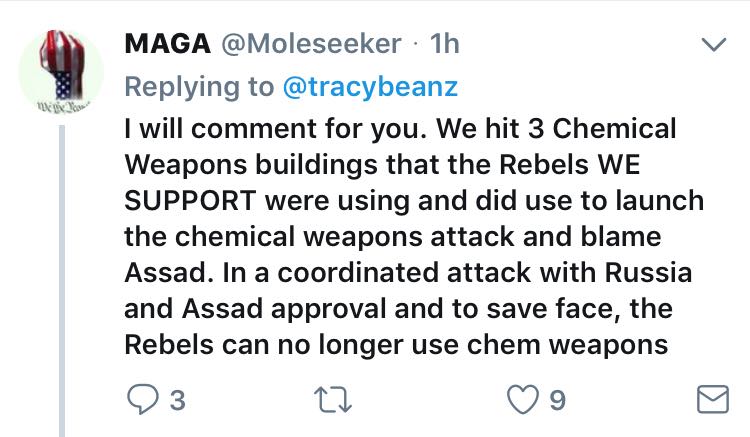 Well… not “we” so much as #TheCabal and #NoName.

(I’m posting this #Anon is backwards order, with the text first and the images, following). It will make more sense that way. 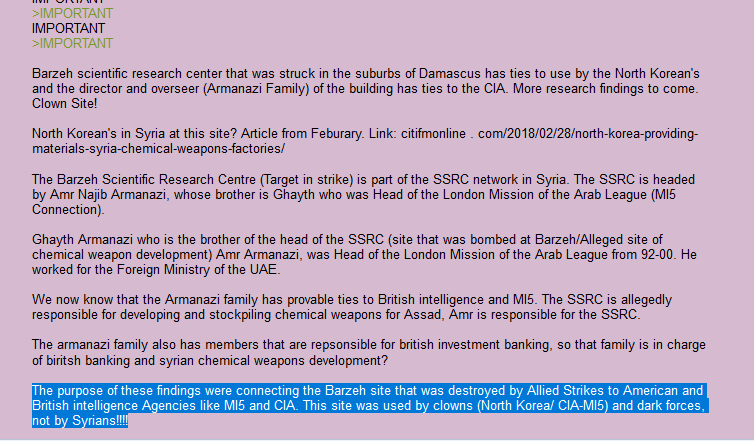 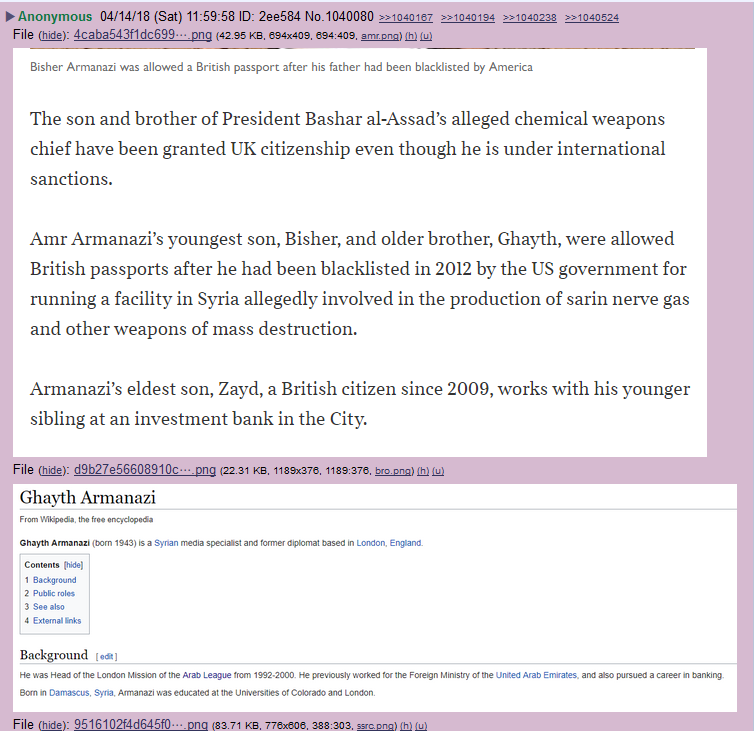 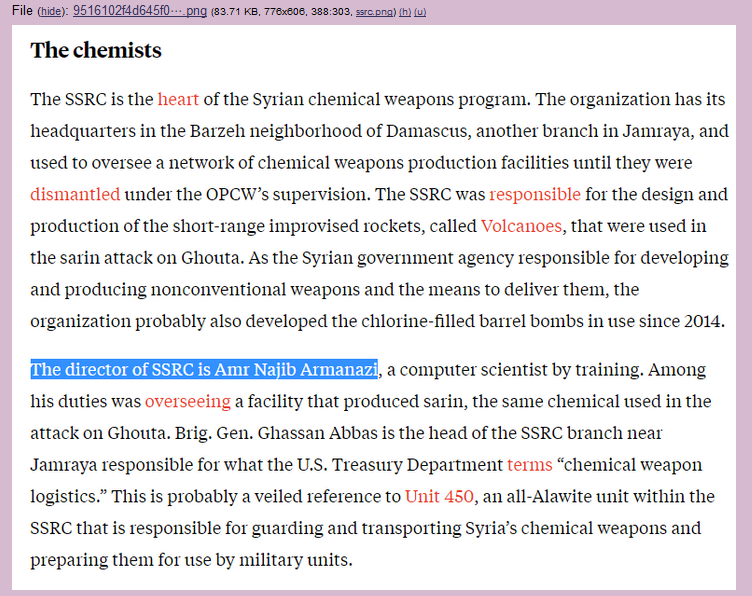 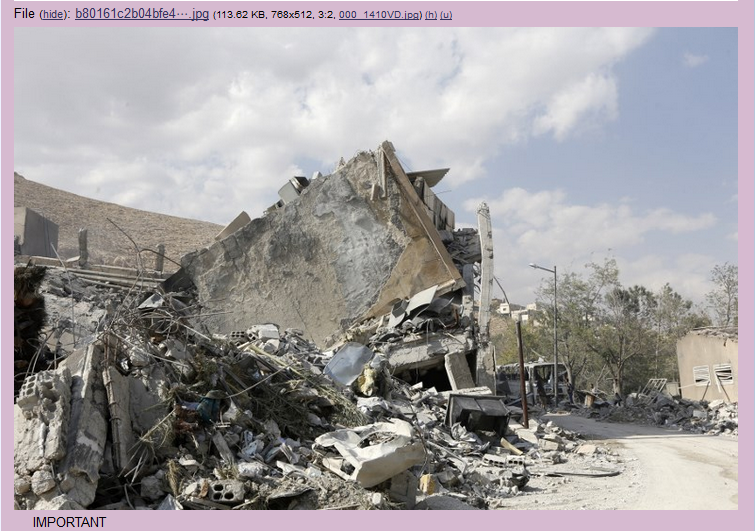 Moreover, it’s looking more and more like POTUS and Putin (and, by proxy, Assad) were definitely coordinating: 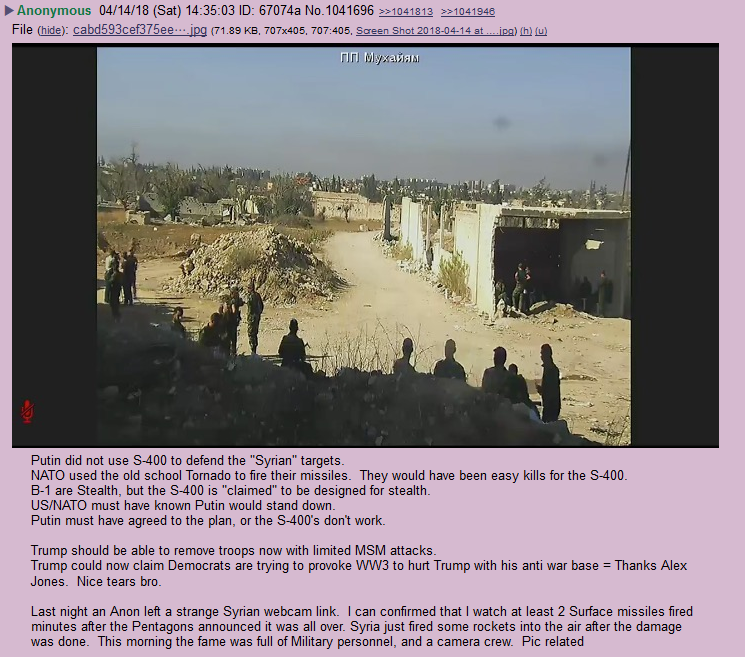 Emboldened by the attack, ISIS and rebel cells moved out to fight and take advantage of the confusion…

And were promptly cut down and rooted out by Putin’s and Assad’s forces:

Trump did it again, folks.

Just like last year, when he leveled that Syrian airfield.

Only he did it even BETTER this time!

He destroyed Cabal operations in Syria.

He spared the lives of innocent civilians.

He split the EU, pulling France and the UK away from Germany (remember gas canisters found with German labels? Coincidence?)

And he allowed Putin and Assad to clean up ISIS in the process. 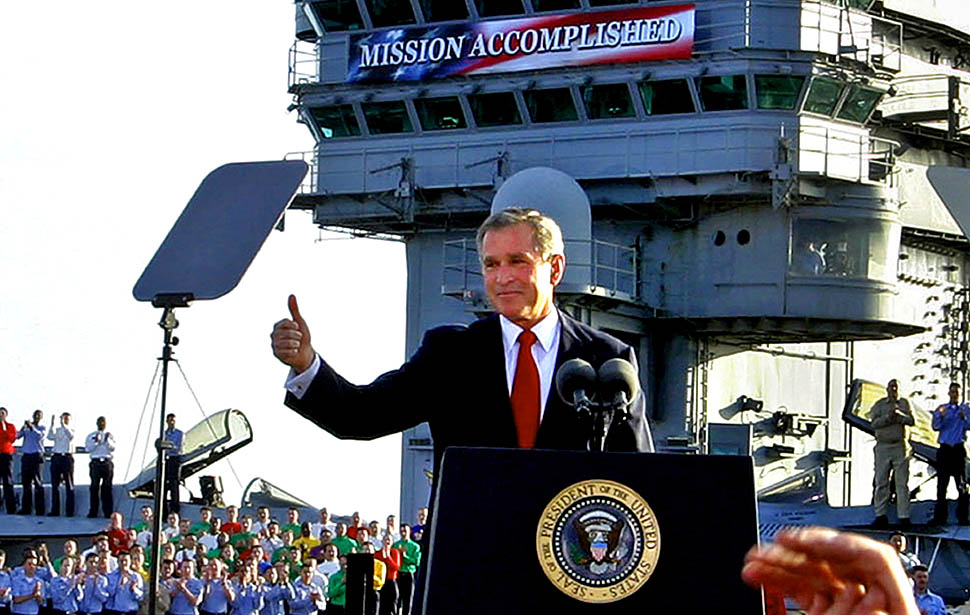 This politics-as-usual era we’ve known for the past 50+ years is over.

I know it’s hard to believe, but yet, the bad guys are actually going down.

Yes, justice will be served.

WE ARE ACTUALLY WINNING.

Before I end, I want to draw your attention to one last thing.

In my last post, I highlighted the Q-T2810C disinfo campaign being run by the CIA, complete with bots, AI’s, and actual deep-cover operatives.

I also wanted to highlight some of the lower level, less technical disinfo efforts going on right now, such as this one from a Pelican discord channel:

So, in this particular channel, they’ve got over 400 people dedicated to spamming the research boards with anti-Trump propaganda.

They identify an attack vector, exploit it, and have planned strategies for dealing with when they are called out.

They also have coordinated pools of “memes” (which are doubtless forced, inorganic, and unfunny – if the state of the boards are any indication).

So don’t fall for it. Be smarter than your opponents, and stay on target.

15 thoughts on “Yes! Trump did it Again! And a Disinfo Op Uncovered! #NewQ #QAnon #GreatAwakening”