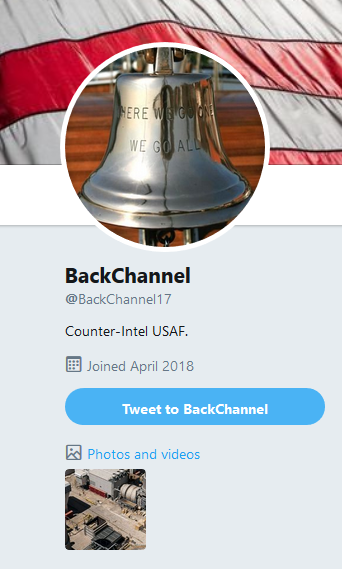 It is actively spreading DISINFO, and is, at best, a LARP, or at worst, A CLOWN DISINFO OP.

I’m actually hopping mad at whoever is operating this account, because it’s pulling in the less-critically-and-technically minded at /r/GreatAwakening. 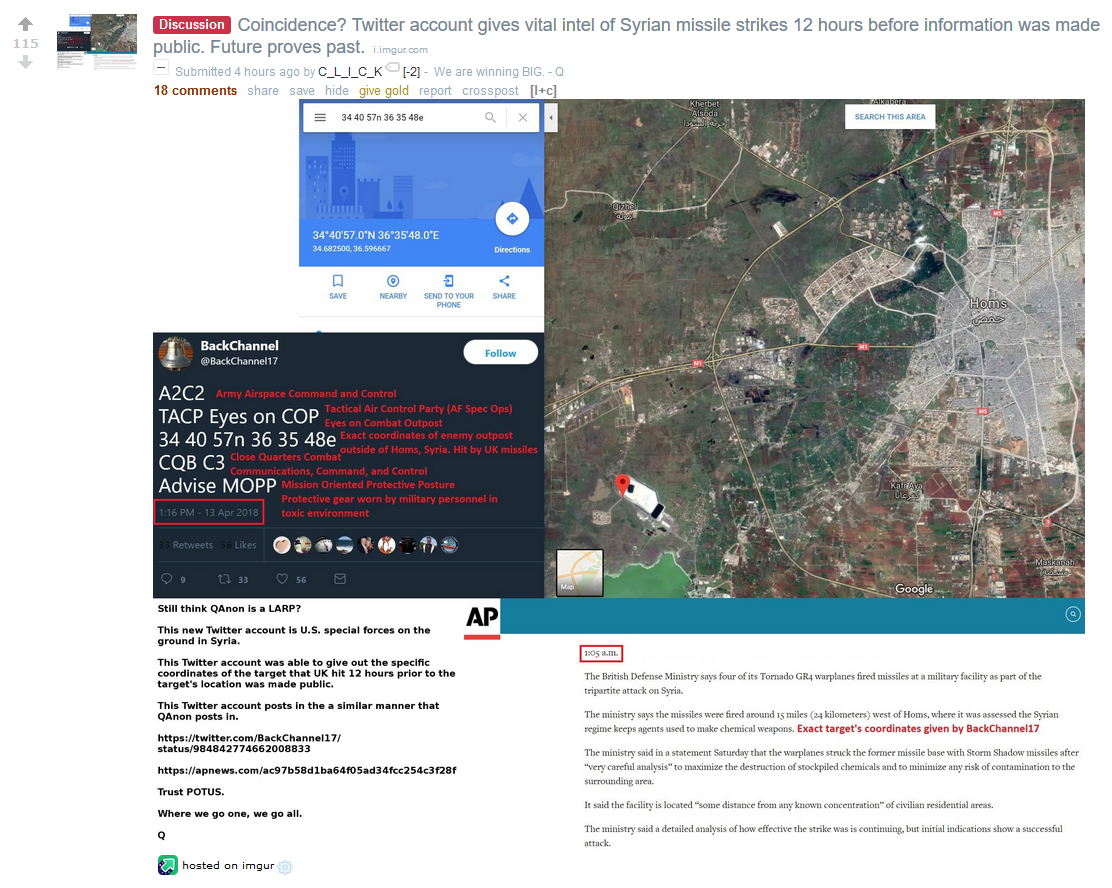 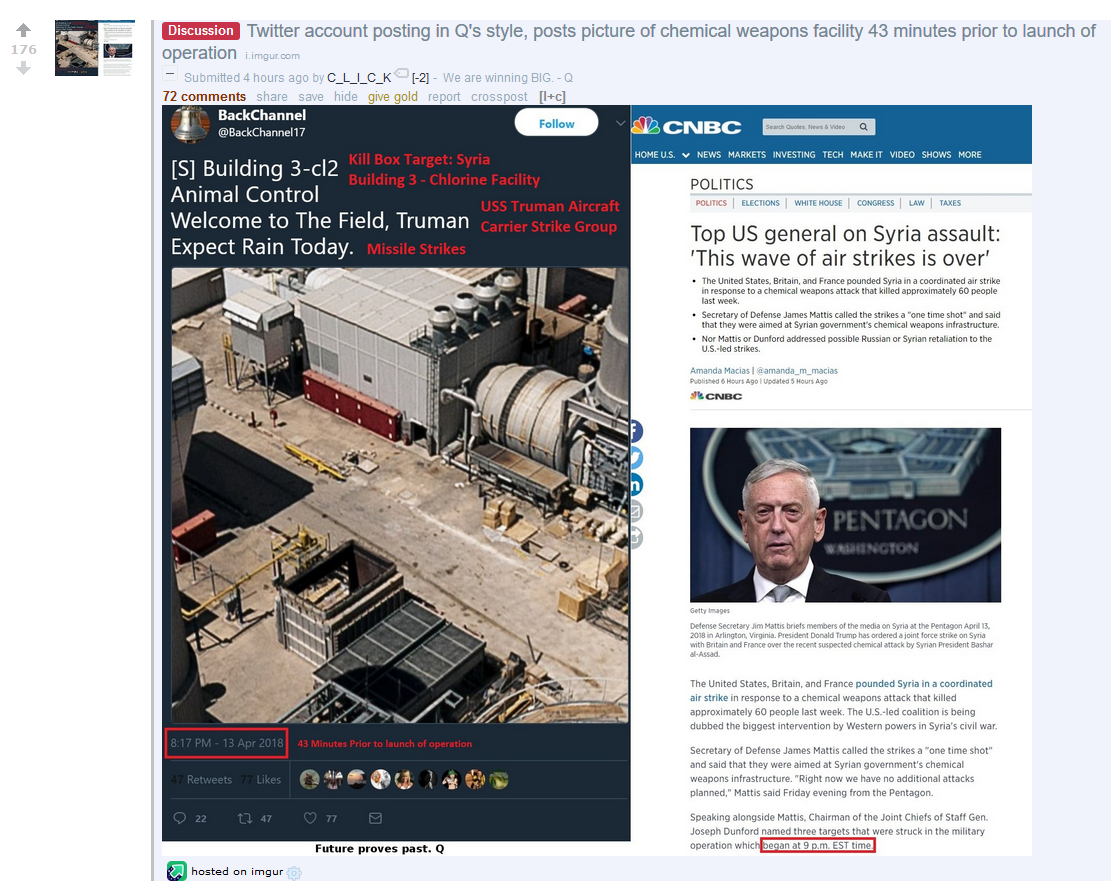 There are a LOT of posts like this, this morning unfortunately.

Because a great deal of people don’t know how to use/are intimidated by the actual research boards, and thus, miss things.

And then they’re roped in.

And of course, this particular account is immediately capitalizing on the ignorance, going so far as to inject misdirection into crumbs that have already been solved.

This, despite yours truly telling you LAST NIGHT to disregard this account:

Furthermore, you can verify this for yourself by looking at the coordinates of the strikes and comparing it to the “facility” coordinates the account posted earlier.

There is no such facility outside of Homs, Syria.

There were no missiles targeting that area.

Do not believe screenshots telling you otherwise.

But just don’t take my word for it. 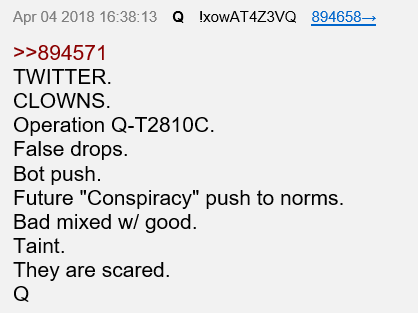 This is post 1013 – and it’s actually referring to a legitimate disinfo operation going on right now.

And – what do you know – the details Op was leaked in short order!

Folks, this is how the literal CIA is attempting to control you, via fake social media accounts like BackChannel17.

This is Operation Q-T2810C, referenced by QAnon: 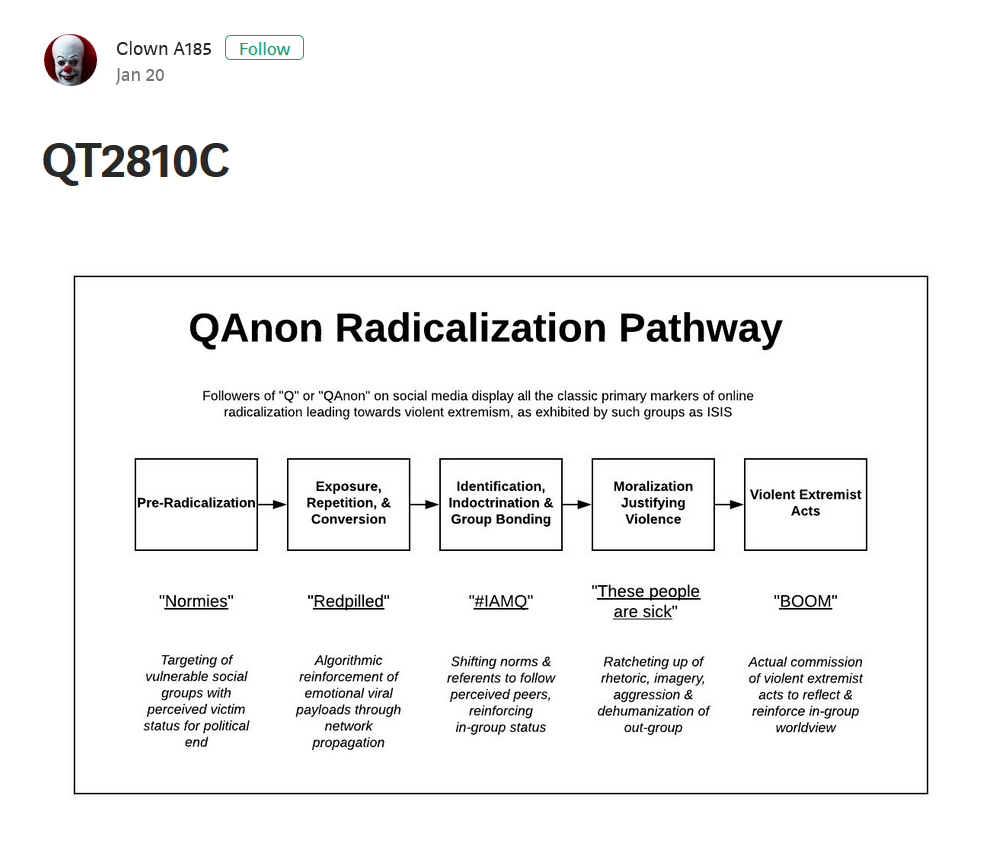 Don’t just skim through these slides.

Read them carefully. Understand how your enemy is trying to ATTACK you. 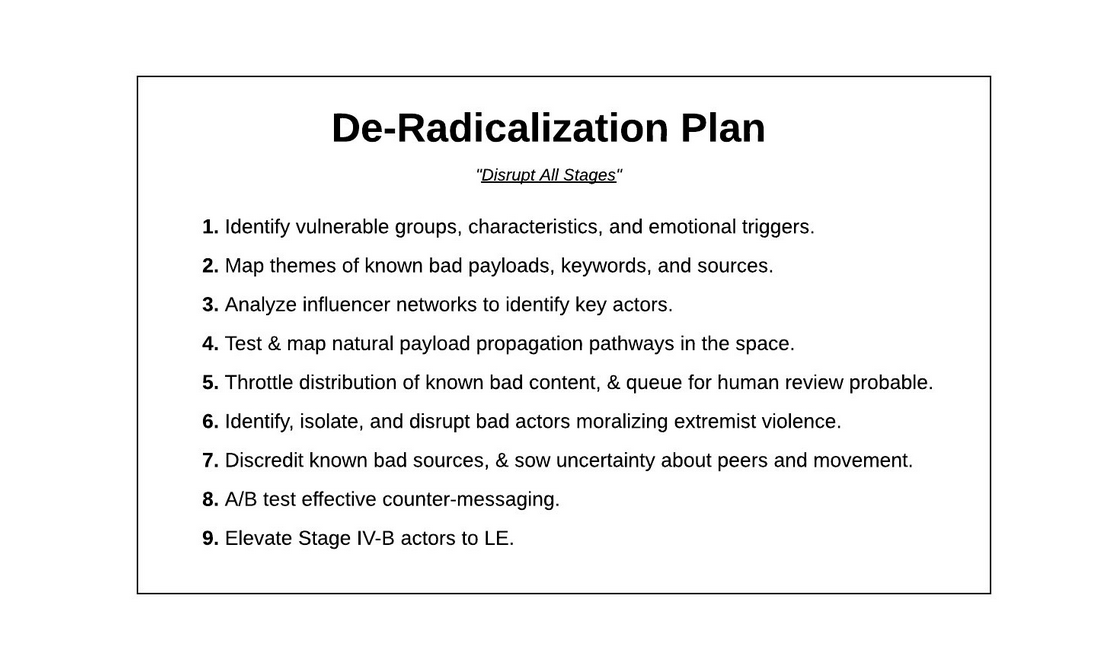 There are AI systems deployed against you.

I know this is hard for some to understand – but not everyone you’re interacting with – even on the chans – is a living, breathing person. 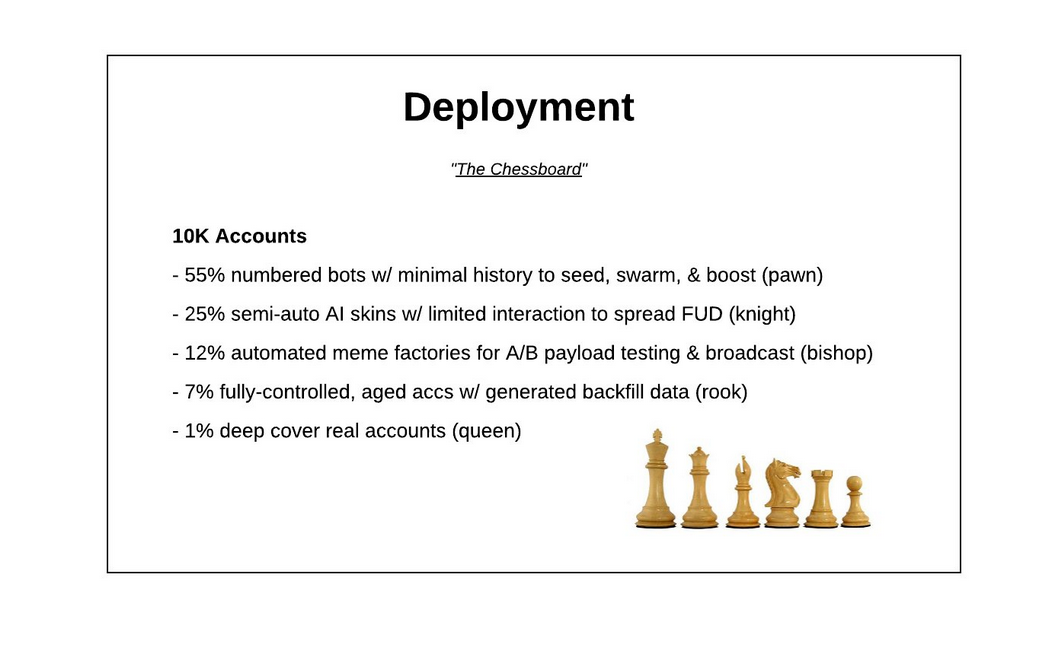 Backchannel17, if I had to guess, is a Queen.

But beyond that – do you REALLY think Qteam is going to launch a helper account, not on the chans, but in the middle of Twitter – a clown platform, need I remind you (even if the “censorship algorithm” is down) – right as POTUS launches an incredibly large, higly targeted wartime operation overseas? And give no prior notice?

All while contradicting his previous statements that CLOWNS ARE RUNNNING DISINFO OPS SPECIFICALLY ON TWITTER??

STOP FALLING FOR IT.

I don’t want to have to post one of these reports again.