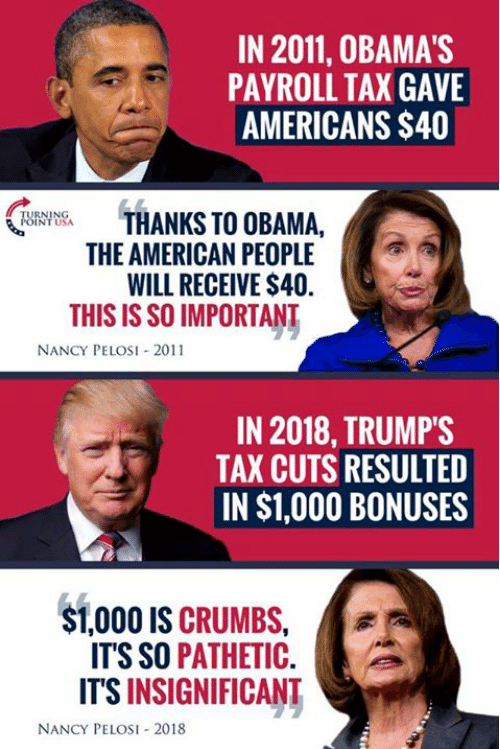 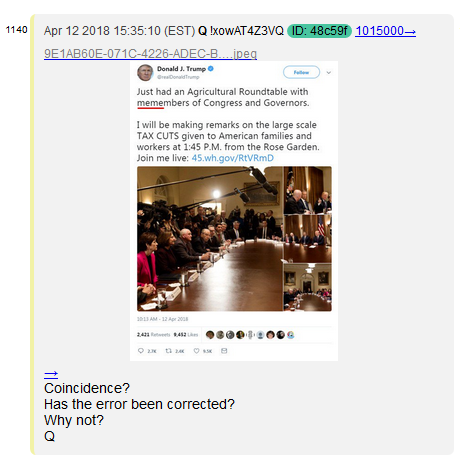 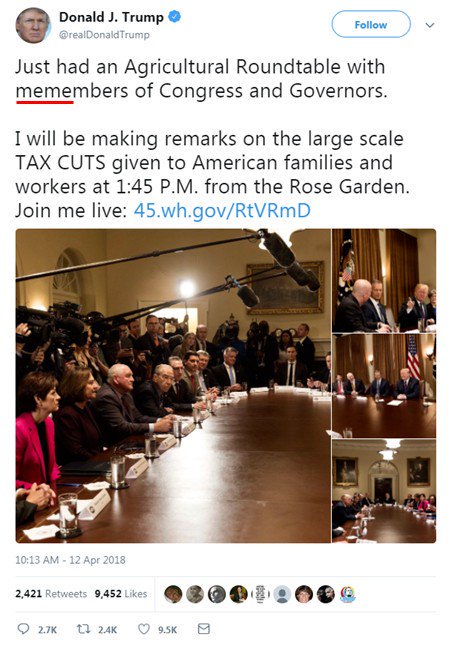 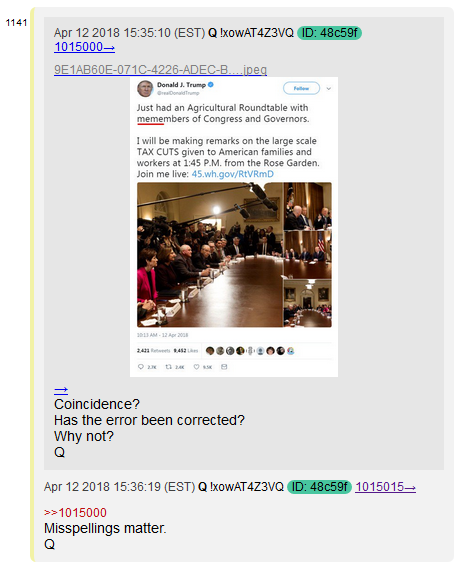 #POTUS is asking everyone to fire the meme cannons at Congressmen and women, demanding them make the #TaxCuts permanent.

Because I want to make it really simple for you, here are two good memes to load your weapons with: 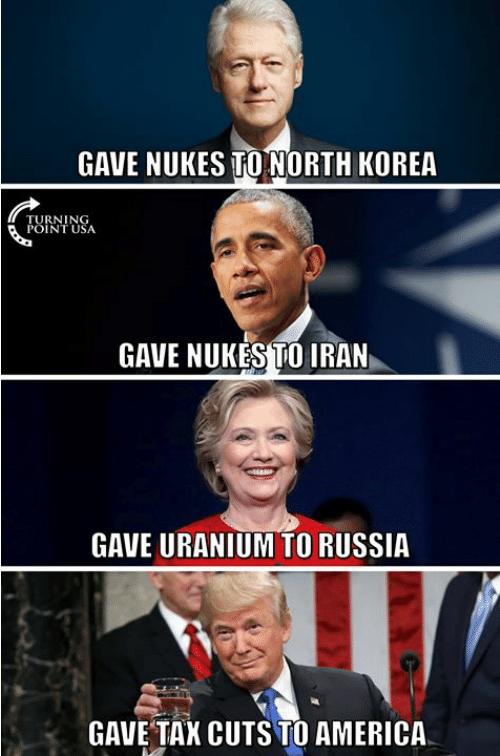 We don’t want Dems to be able to repeal the tax cuts should they regain enough control over the House. We can’t allow that to happen. 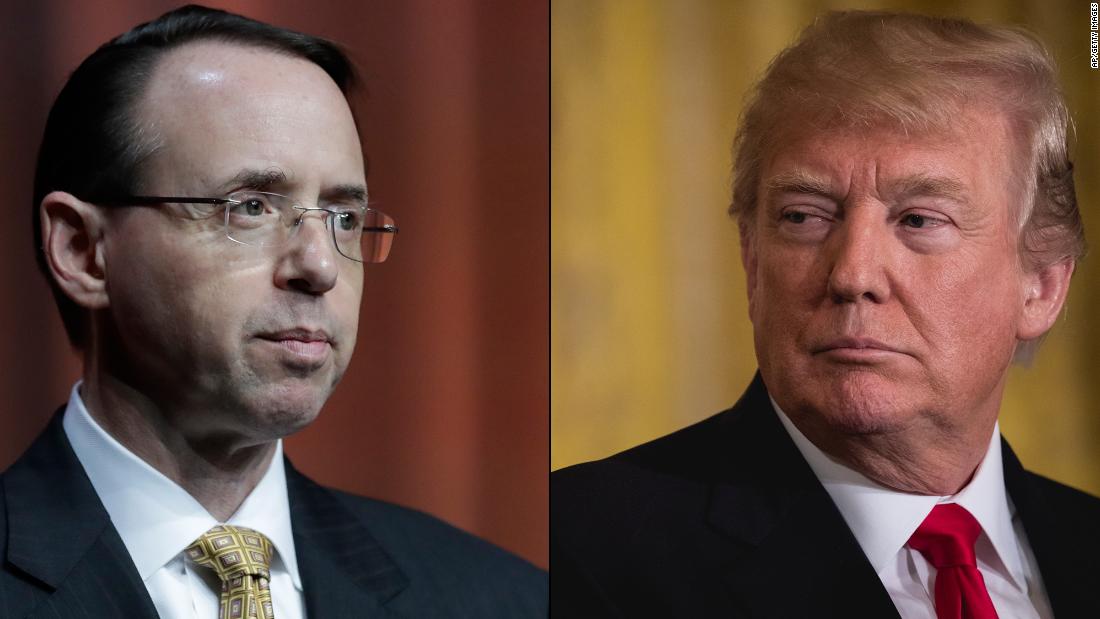 White House is prepping an effort to undermine Rosenstein

The White House is preparing talking points designed to undermine Deputy Attorney General Rod Rosenstein's credibility, according to sources familiar with the plan.

Remember, “You are watching a movie?”

Trump has a goal in speaking out against Mueller, Rosenstein, and Sessions.

It’s to get the media and the Left repeatedly and vocally defending those three.

So when they turn around and do a 180, exposing all sorts of corruption from #HRC and #Hussein, Trump will be able to make them eat their words.

Remember how mad Q was when it leaked that Trump was no longer under investigation?

The “raid” at his hotel took care of that and got the narrative back on track.

All three of these guys are good, is my hunch. They’re all working for Trump. And it will be apparent to everyone once Sessions drops the #Hammer.

Q then took a moment to remind us of this old post of his: 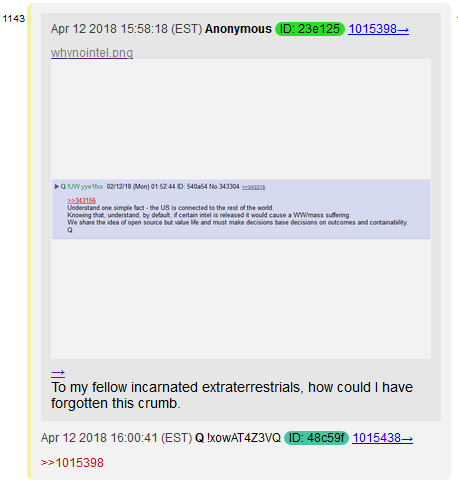 Now here’s where things got interesting: 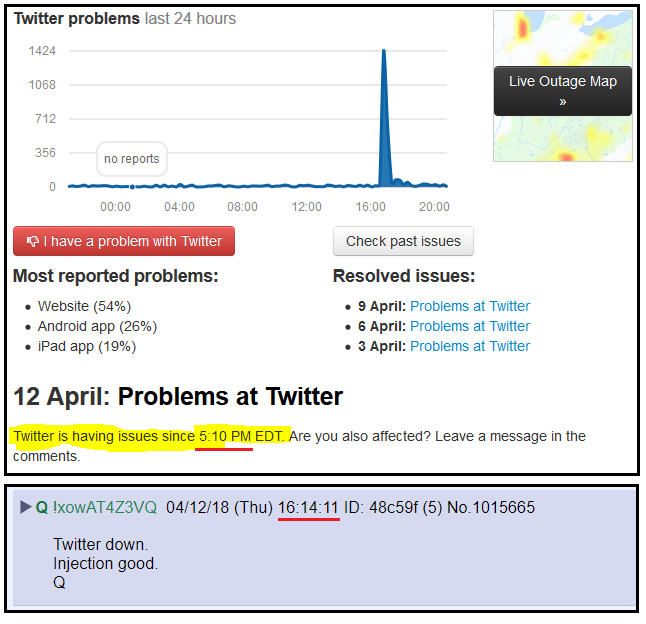 For those who don’t know, #QAnon is probably referring to an SQL injection; that is, a hacking technique that inputs a string into an application, which them returns an error that a hacker can exploit. This is usually done to gain access to/dump an entire database, for instance.

There was some speculation that this injection opened up private profiles for viewing and archiving for a while – but I’ve been unable to confirm that.

There was also speculation that #QTeam was able to manipulate “the algorithm” Q keeps talking about, effectively isolating #Twitter from the rest of the “bridged” applications, cutting off its surveillance abilities.

It’s hard to say, but the attack on Twitter was very much real and documented. It was down entirely for a few minutes. I’m gonna label that a #QConfirmation.

And while this last part isn’t necessarily a Q-related post, it does give you some context to how #SiliconValley operates.

This post comes to us from our pals at #CDAN, and the individual this writeup is most likely referring to would be none other that Tim Cook, of Apple. 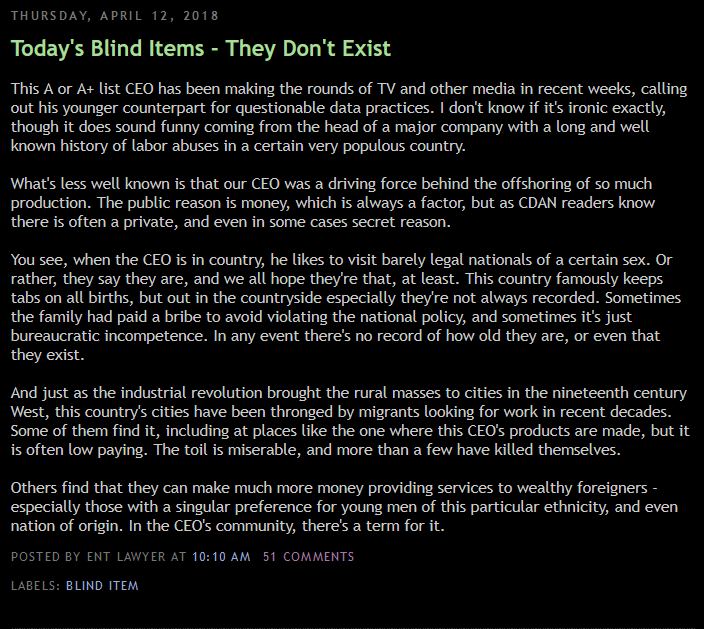