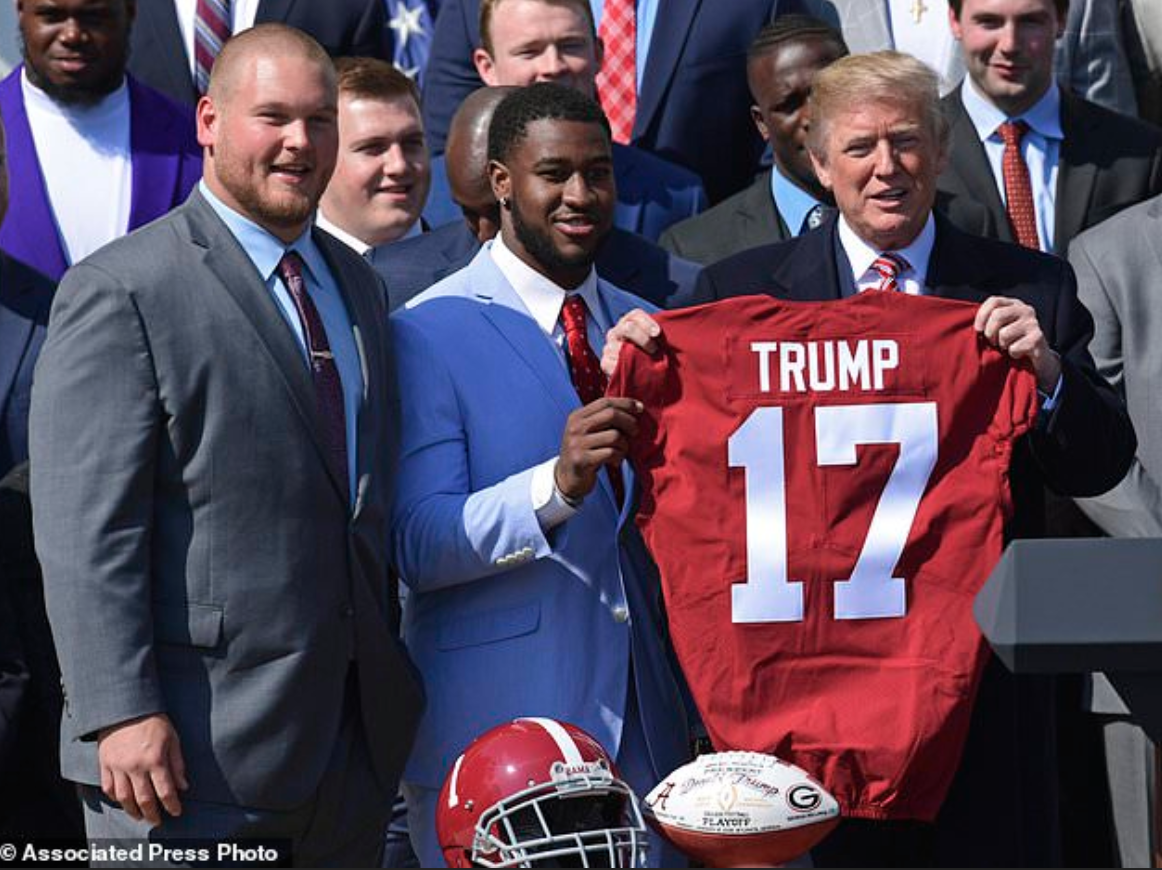 I’ve been holding off on posting this drop, because I wanted more posts to contextualize it.

(I did, however, post it to the Gab the moment it dropped, when #Cuckerberg was testifying before Congress).

So #QAnon was responding to Snowden, then and there.

What did @Snowden post that caused Q to write this?

Well, I hope you never sent any noodz across #Facebook, because, it turns out, nothing is ever really deleted. There’s just a “deleted” variable that gets marked as “true,” which means you no longer see it, but it’s still in the servers, archived away. 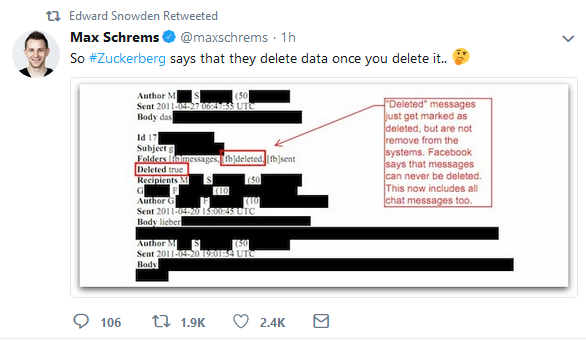 And that was that for about a day-and-a-half.

But I want to point out something here – and this is my current understanding of things, so it may be flawed, and I don’t know if I’ve talked about it before – but it just goes to show how many years of planning have gone into the events that are unfolding around us.

If I’m correct, this means that Snowden is a double agent, supposedly working for the CIA, who blew the whistle on the NSA, at the behest of the NSA.

This whistleblowing, which happened now FIVE YEARS ago, gives him unsurpassed credibility on the world stage – and a privileged position from which to release info to the world.

More on that in a bit.

Q reappeared some hours later with the following drops. (Links and discussions follow each, as always): 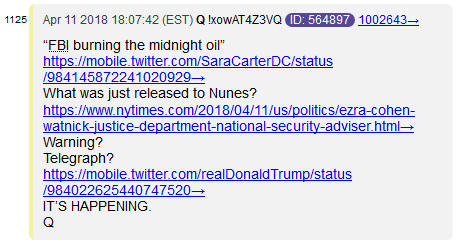 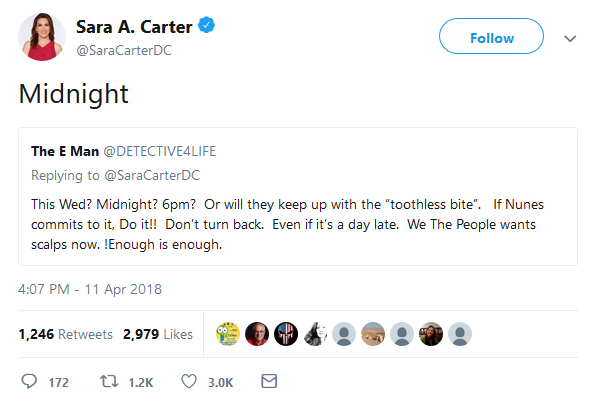 This was in response to her tweeting out an article about the deadline for the docs Nunes requested, some two months ago:

(Can’t get a preview card to link for some reason, so here’s the full text link: https://saraacarter.com/deadline-for-docs-nunes-threatens-to-impeach-rosenstein-and-wray/)

“What was just released to Nunes?”

A: Sessions’ DOJ just gave Nunes the doc that set off the Russia probe. 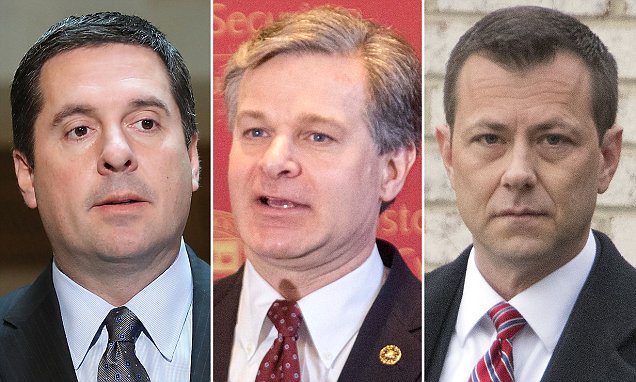 DOJ responds after Nunes threatens to IMPEACH Rosenstein and Wray

House Intelligence Committee chairman Rep. Devin Nunes is threatening to impeach the head of the FBI andRod Rosenstein over a demand they produce documents to Congress.

He then links this article: 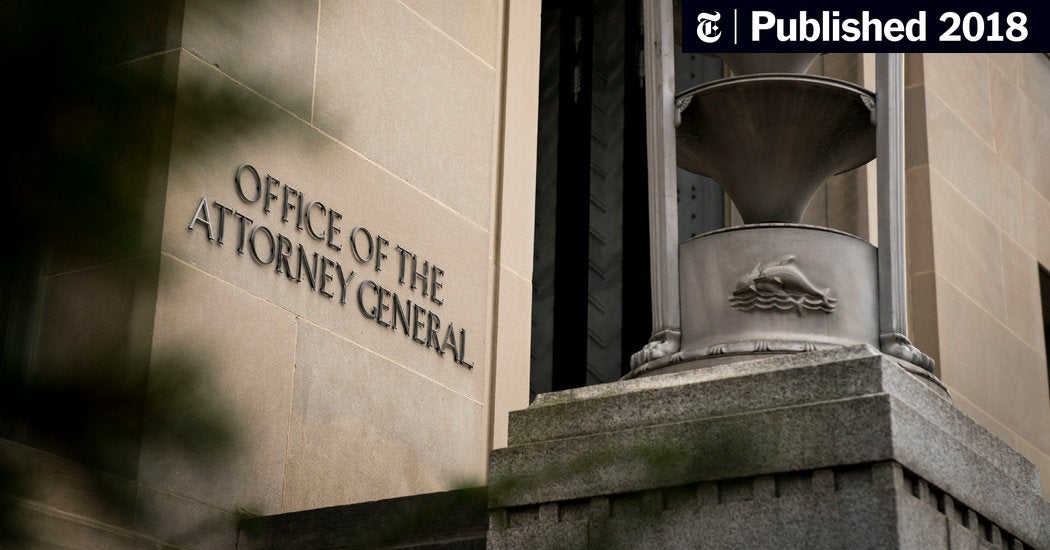 So Ezra Cohen-Watnick is back, working with Sessions. He’s known to be very tough on China and Russia.

But this part was hilarious to me:

The thought of some clowns being butthurt over this appointment is pretty funny to me right now.. 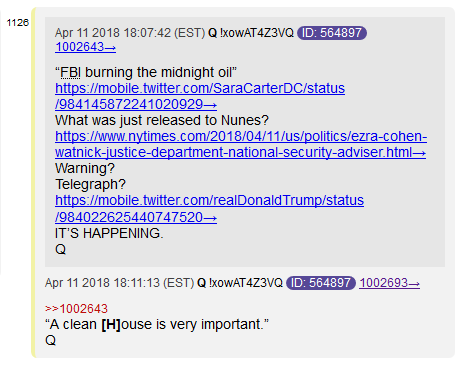 Do you guys remember my article on the last Q drop? 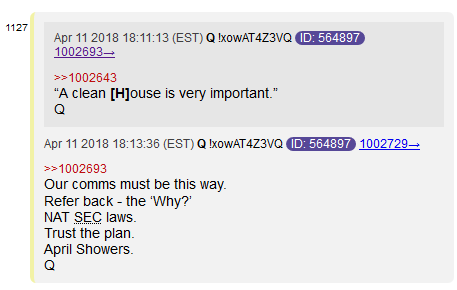 Q has to avoid sniffers from the opposition, and as well as maintain plausible deniability.

Trump and team have everything, but so much of the fruit is poisoned.

The job of Q has been to help us anons wash the fruit.

Like we did the other week with the D-Room drop = cannibalism.

I want to update you on that because, I alluded to it back in that article, but Rachel Chandler has been known to the #Pizzagate community for a while. In fact, all her stuff was really pored over back in 2016, and she almost instantly made her account private upon hearing about it.

Her account had remained private until Q started talking about it again that night.

Who do you think made it public for that short span of time?

And as soon as I made the “dining room” connection – what did Q say?

Reverting the instagram back to its original, private state.

This isn’t a game.

Moving on, Q clarified that the [H] in the “killbox” definitely meant “House of Reps.”

But you would have known that if you had read my article: 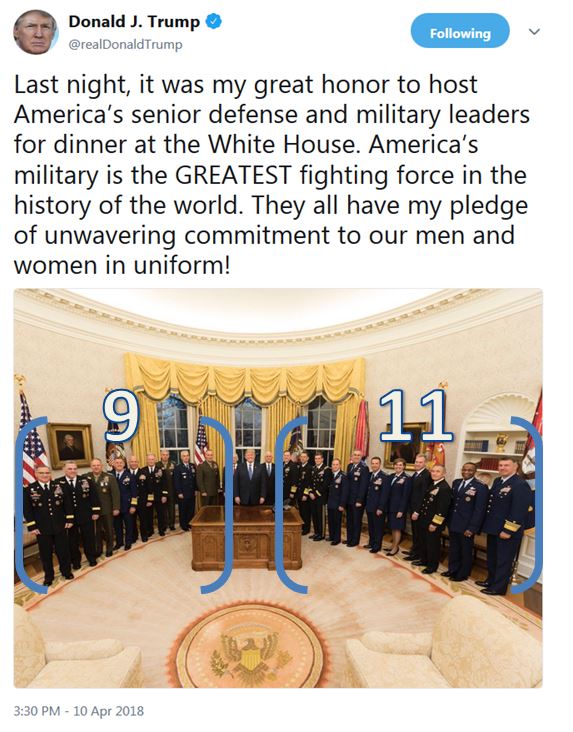 In the Eye of the Storm – #NewQ #QAnon #GreatAwakening

First off, the last two #QAnon posts from last night, when I was too exhausted to post. This one’s about Israel striking Syria, and not the raid on Michael Cohen’s office, right? The &#…

Q then posts links to these two articles: 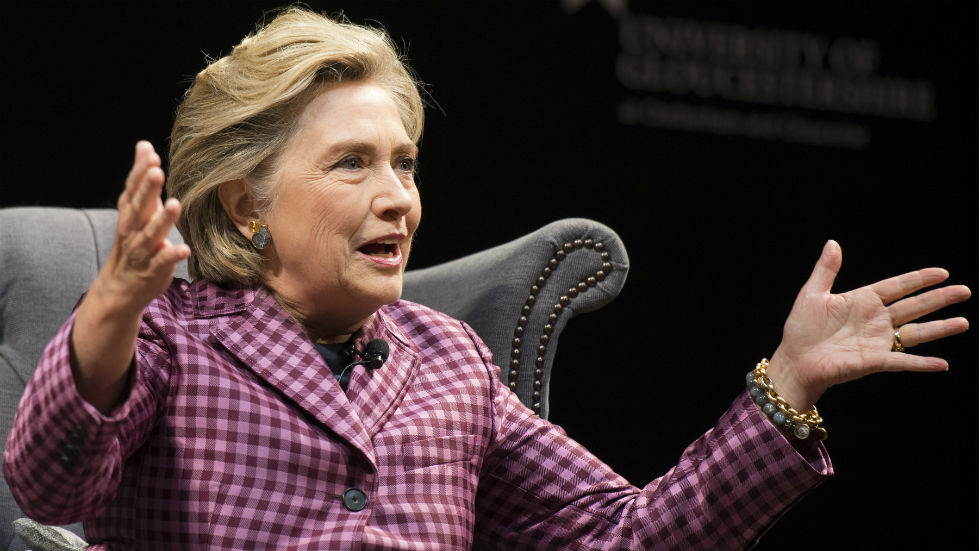 Pompeo currently runs the CIA, and is taking over the State Dept, and purging all of HRC’s old leftovers.

Pompeo was put in charge of the CIA, by Trump, in order to, I imagine, destroy the 7th floor.

Here’s the line from the article that you should be paying attention to:

Read between the lines!

HRC is threatening #Kansas. Threatening him with extortion threats, false flag threats, and even #Arkancide.

So it’s no coincidence that this comes out today: 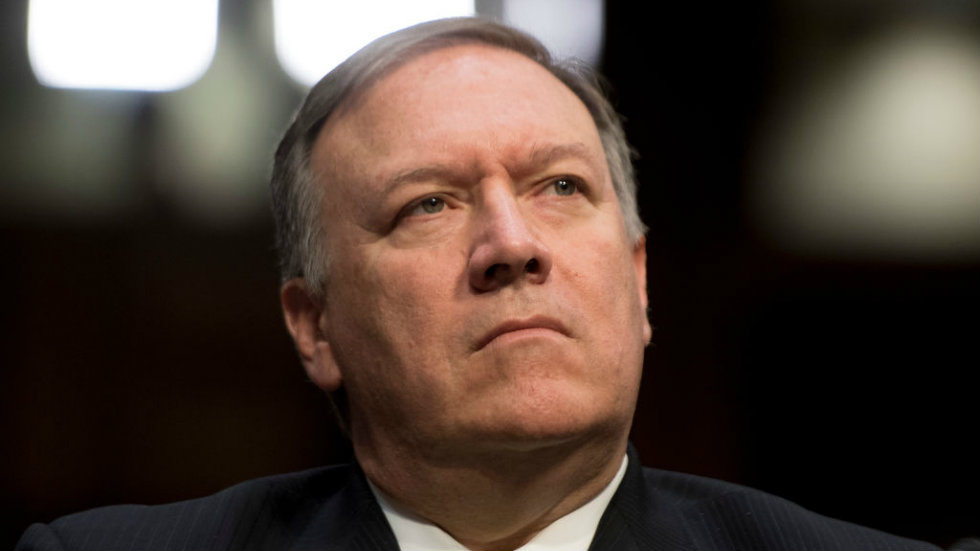 Pompeo failed to disclose ownership of business connected to China

CIA Director Mike Pompeo did not disclose last year that he owned a business linked to a Chinese government-owned company, McClatchy reported.Pompeo — who was recently nominated by Trump …

Despite all that, Q still says, “Down she goes…..”

He seems pretty confident that this will help take #HRC out.

I pray he is right.

An anon comes on and posts one solitary post: 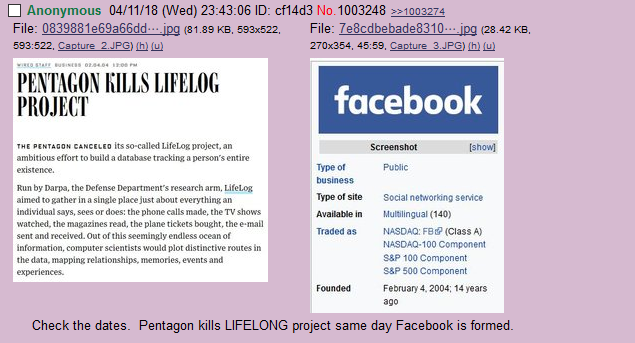 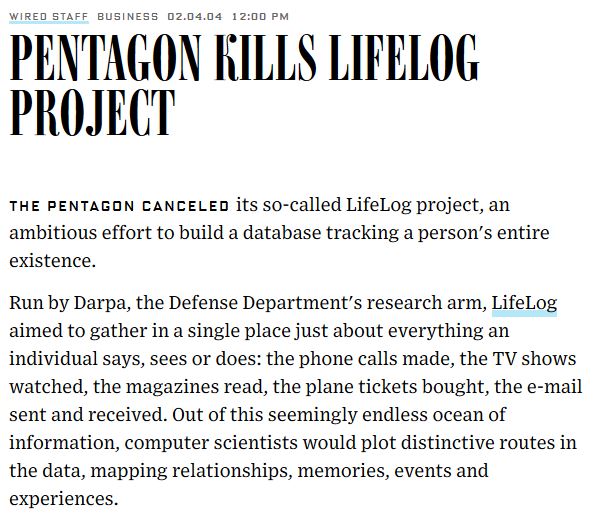 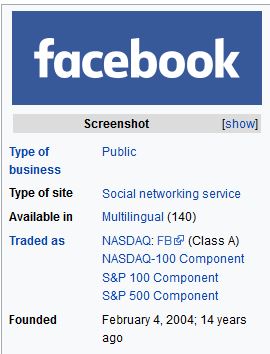 I wonder who could have posted this?

IDK. R U getting it yet?

Remember what I said about Snowden being a double-agent before?

If I had to guess…  Cuckerberg’s name is among the sealed indictments, just waiting to be opened with the rest after the IG report is released.

And I will take a moment to plug the official Neon Revolt MeWe here. I’ve been working to try to make the site and the community more resilient to Cabal platforms (which limit my reach and censor me).  So go join up now; it’s a great site, a lot of fun, and you won’t miss a thing:

Q came back soon with this #Boom: 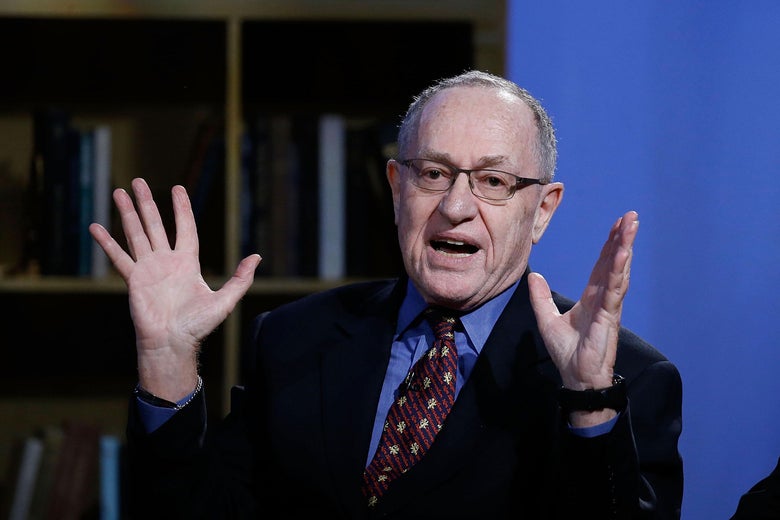 "I talk to the president on television all the time and apparently he listens."

Guys, #Dersh here had dinner with Trump tonight. And maybe some of you youngin’s might not know…. but Dersh…

“I have never had sex with an underage woman."

Do you think #TheCabal just had a collective #Boom in their trousers?

And, oh yeah! Q posted one last thing this evening: