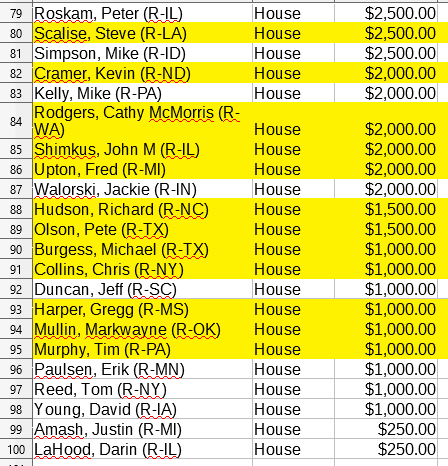 Firstly, I have to apologize to my readers for the lateness of this post.

Just know I was down in the trenches all day, working on the questions #QAnon posed, trying to find answers.

I am NOT satisfied with the amount of info dug up, when you consider how much time and energy I put into /qresearch/ today, but at least it was a little productive.

Anyway, on to the Q drops. 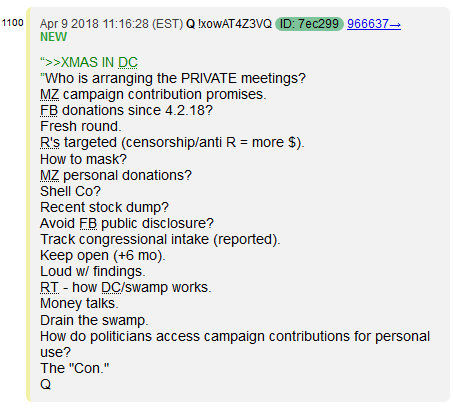 I speculated about this a little bit in the past, but Q confirms my suspicions today. #Cuckerberg is “legally laundering” money by selling off stock, and “donating” it to politicians through another shell company to keep it off the FB books. Most likely, this shell company is CZI, LLC, but it’s hard to say for sure.

BOY! #Cuckerberg sure has been selling a LOT of #Facebook shares lately! One Billion for the year, and it’s barely even April! Boy-oh-boy! Wonder where it’s all going? Oh, that’s …

At any rate, Q asked us to compare FACEBOOK “donations” and track congressional intake.

The obvious place to start looking was at the House Committee on Energy and Commerce.

These are the people who will be “grilling” Zuck on Tuesday and Wednesday.

So here are all the Congresscritters on the Committee (who will actually be present those days remains to be seen): 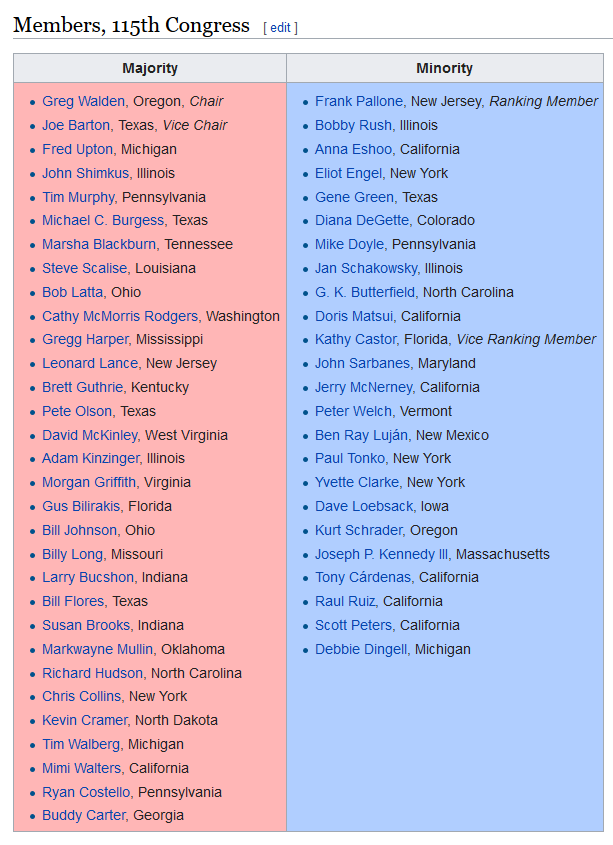 And I compared that to a list of ALL of Facebook’s donations to our esteemed Representatives during 2018: 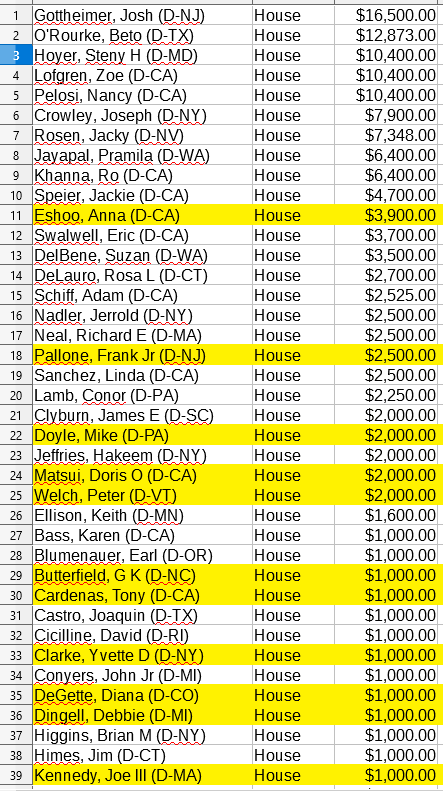 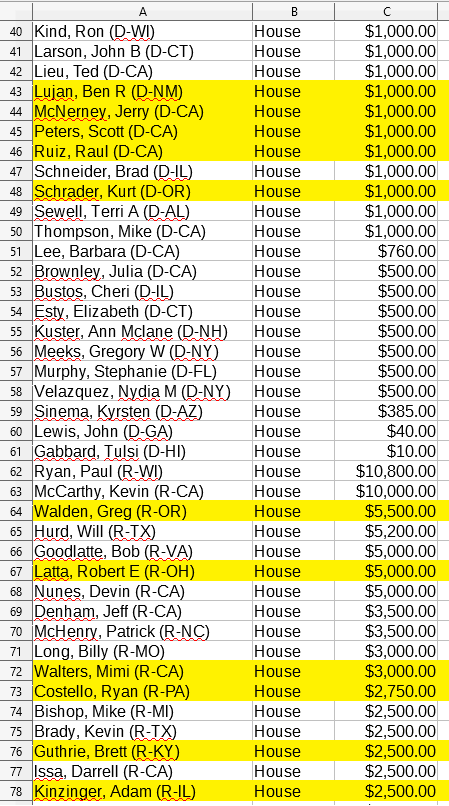 I was able to track 34 separate, officially documented donations, on a committee of 55.

That means only 21 Representatives have no conflict of interest during this hearing.

I do believe Q wants us to follow Priscilla Chan Zuckerberg – but frankly… I wasn’t able to turn up ANYTHING on her. Hours and hours of looking yielded precisely nothing.

It was one of the most infuriating times I’ve had on /qresearch/, and I’m getting frustrated again just reading this drop. 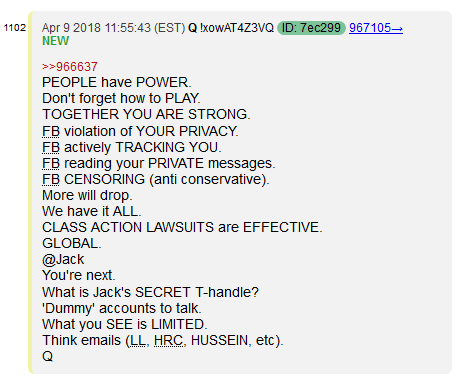 Q wants us to use a class action lawsuit.

This was suggested A LOT today – but I wouldn’t call that number just yet. I’m hearing reports of it being a cabal-organized lawsuit, designed to flop from the get-go.

Wait for confirmation before joining up. 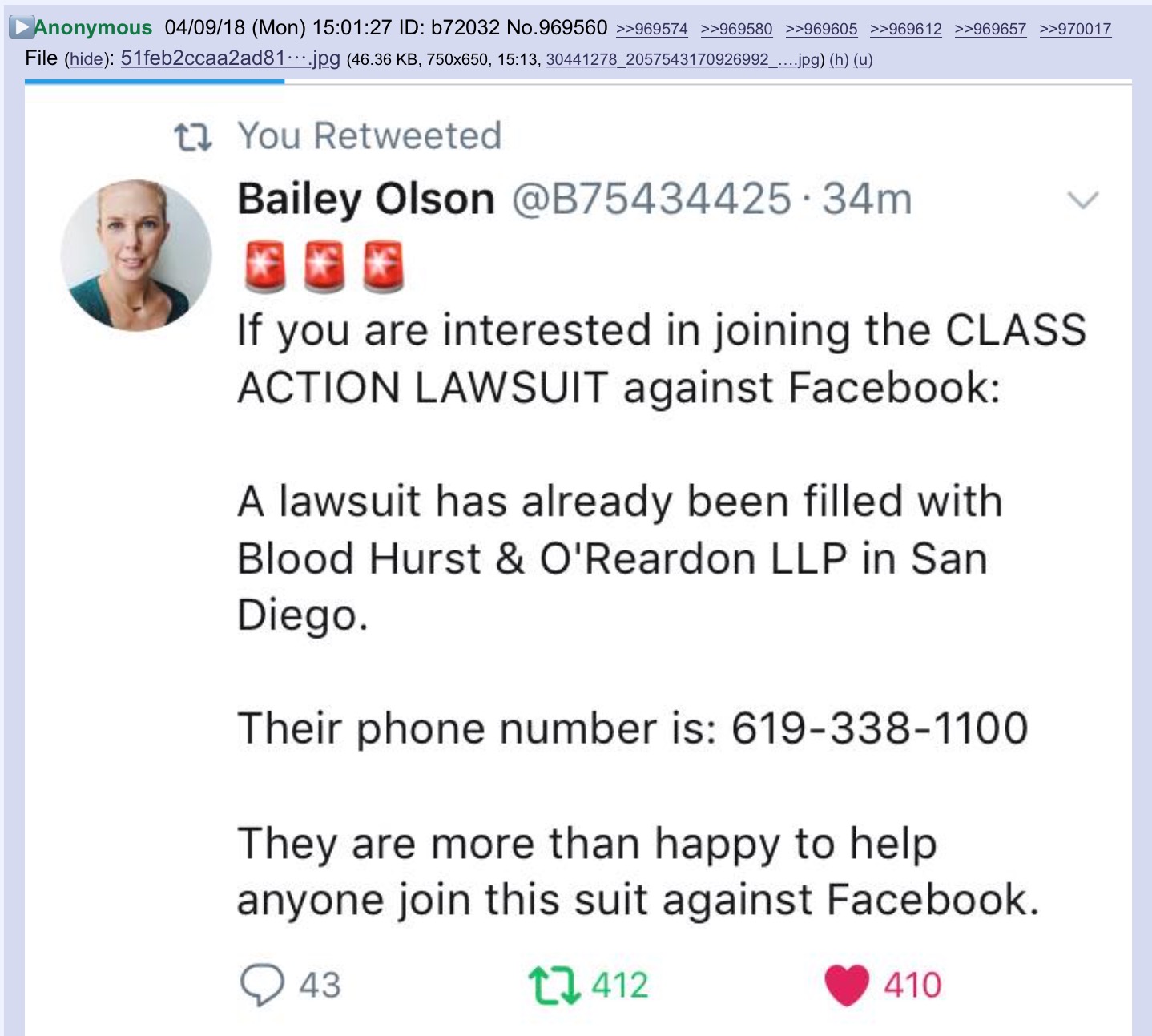 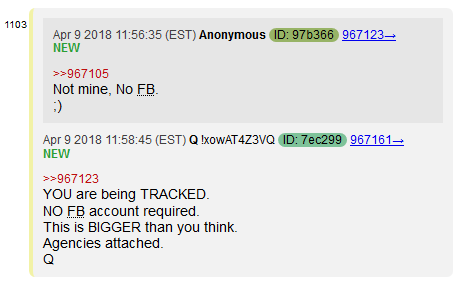 EVERYONE is being tracked: 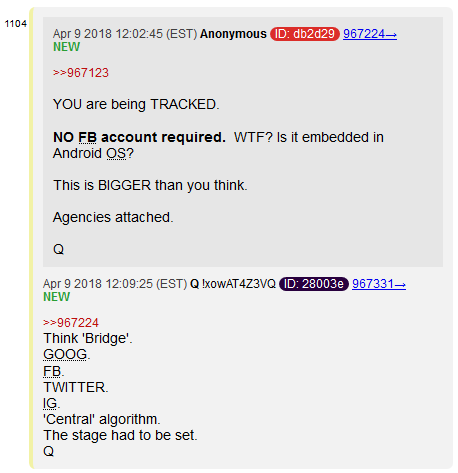 This is where it gets interesting. The “Bridge” algorithm is the one Snowden handed over to Qteam.

There’s speculation that this is related to Cisco, which would mean basically every piece of tech in America is compromised.

Well, I don’t know about you, but my vote is for Kill.

The world would be such a nicer place, and it would stand as a lesson for anyone who ever tried such a thing again.

Troops STILL coming out of Syria.

Israel was exposed really quickly on this, but I would like to take a minute to remind you what exactly they almost did to the world with that little strike of theirs:

Behold, the handiwork of “our greatest ally:” 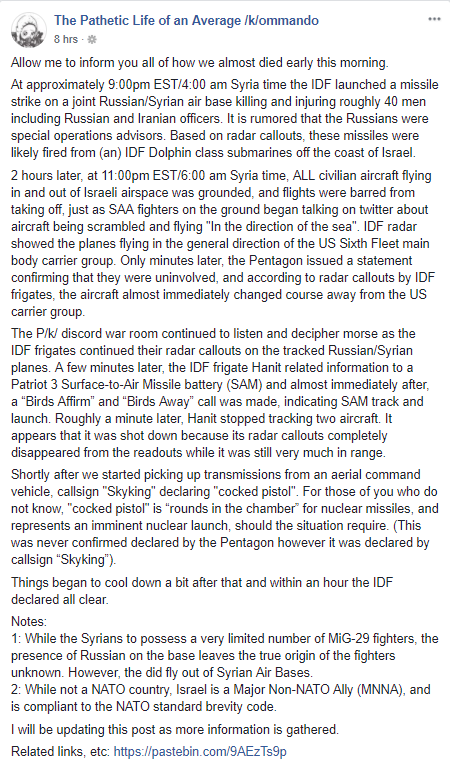 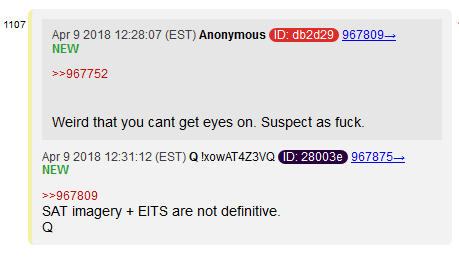 POTUS and team are still confirming things re: Syria. 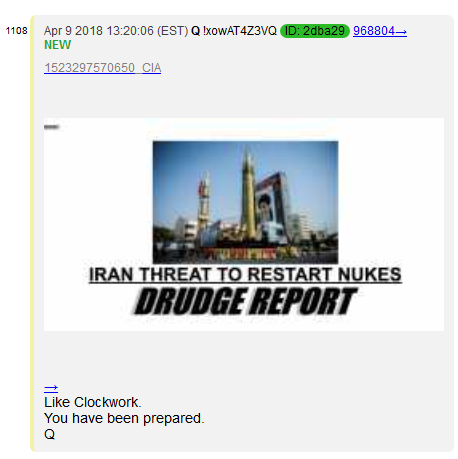 Remember how NK was a Clown-state?

Clowns in America and Clowns Abroad! They think they’re funny!

Listen again to the Weekly Address. Notice how it’s all about California.

That’s because, as Q said just a few days ago: 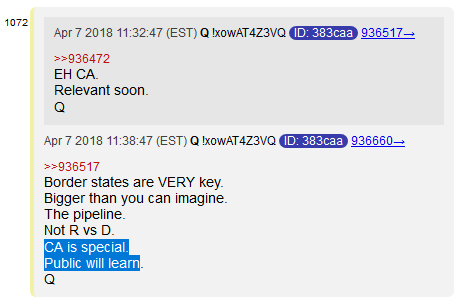 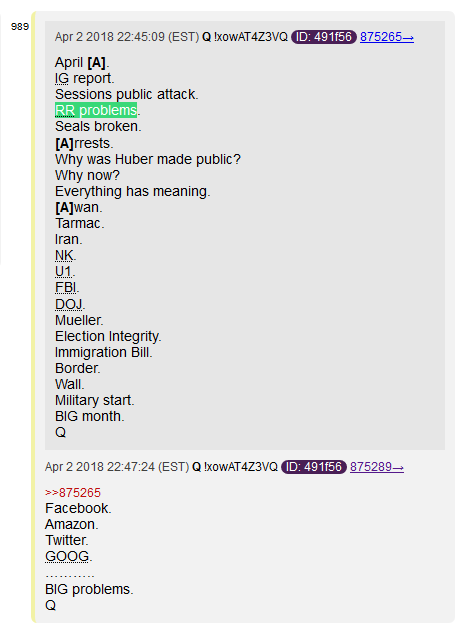 Notice the order of events. Trump did attack Sessions today.

Right after Rod Rosenstein Problems comes the breaking of the seals on the 25,000+ sealed indictments.

And it certainly looks like RR is having problems right now. #ImpeachRR!

Deputy AG Rosenstein could soon be held in contempt of Congress or even impeached if he fails to produce Russia- and Clinton-related records to Congress. 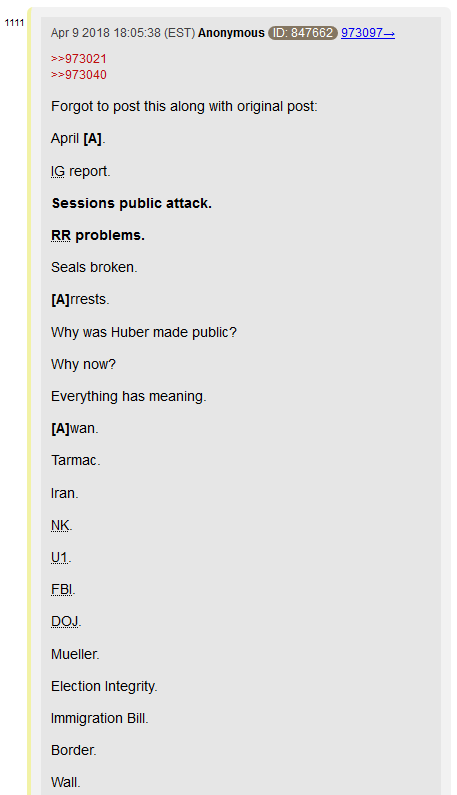 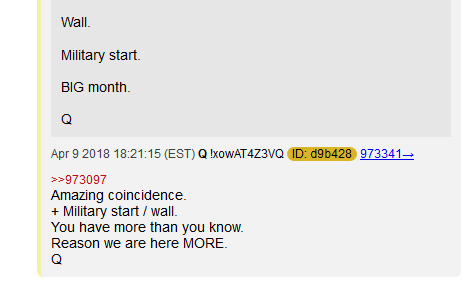 “You have more than you know.”

I hate when Q says that.

Q, if you read this, I’m not telling you to stop. But I am saying it infuriates me, because we literally don’t know what we’re missing. 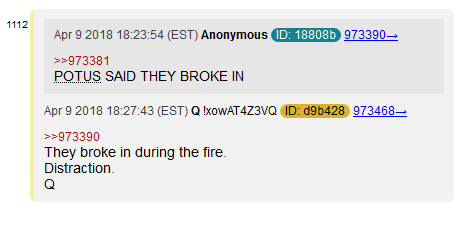 But something tells me #POTUS was expecting this move, and is using it to set a trap. We’ll see. 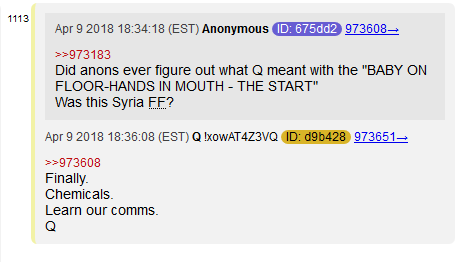 This is some arcane, next-level, autistic-enigma-machine BS right here.

I don’t know how Q rightly expected ANYONE to figure that out.

And yet, someone did. I don’t know how. I don’t understand how. But that’s reeeeeeeeeeaaaaaalllly reading between the lines here. 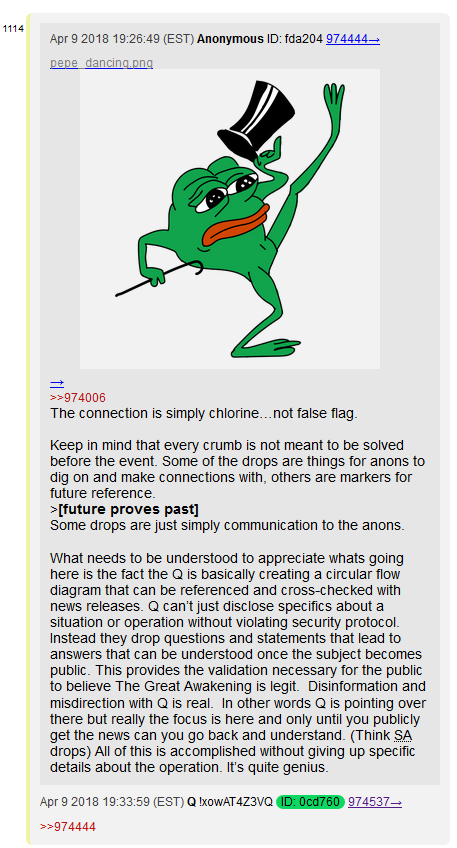 This makes me feel slightly better, but I’m still mad at you tonight, Q. 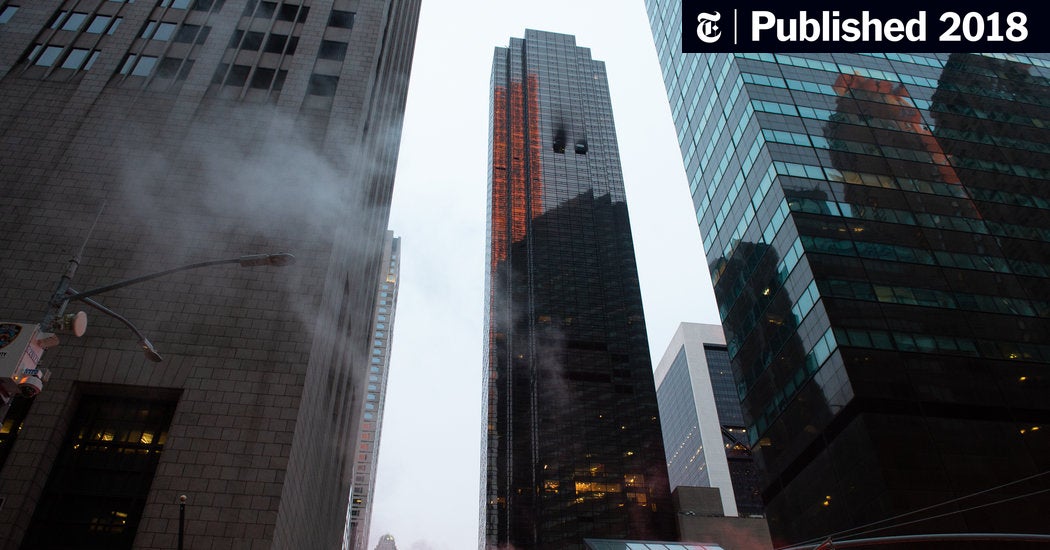 More than 200 firefighters responded to the blaze, which broke out on the 50th floor. The victim’s apartment was “virtually entirely on fire,” an official said. 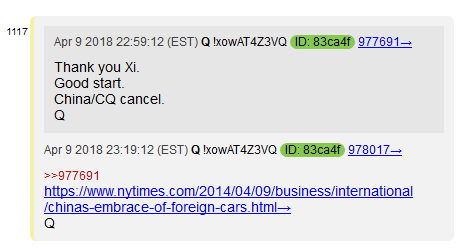 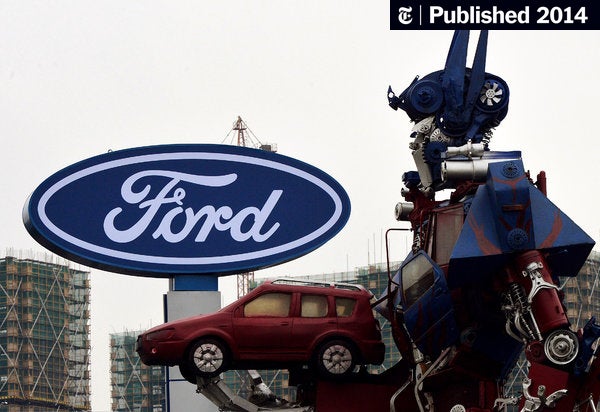 Multinational corporations are clawing market share from Chinese brands in their home market. In response, China’s automakers are pushing to preserve protectionist policies. 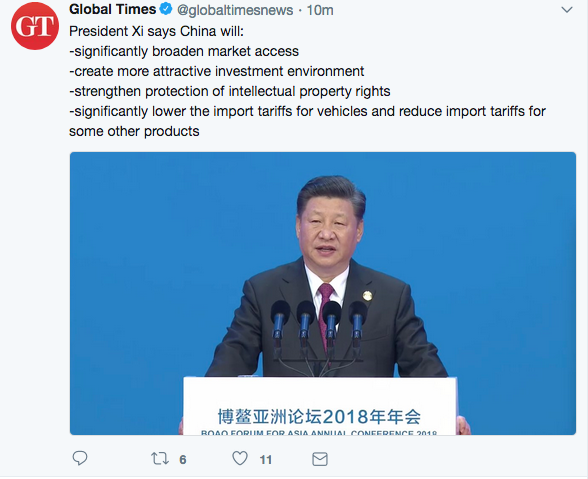