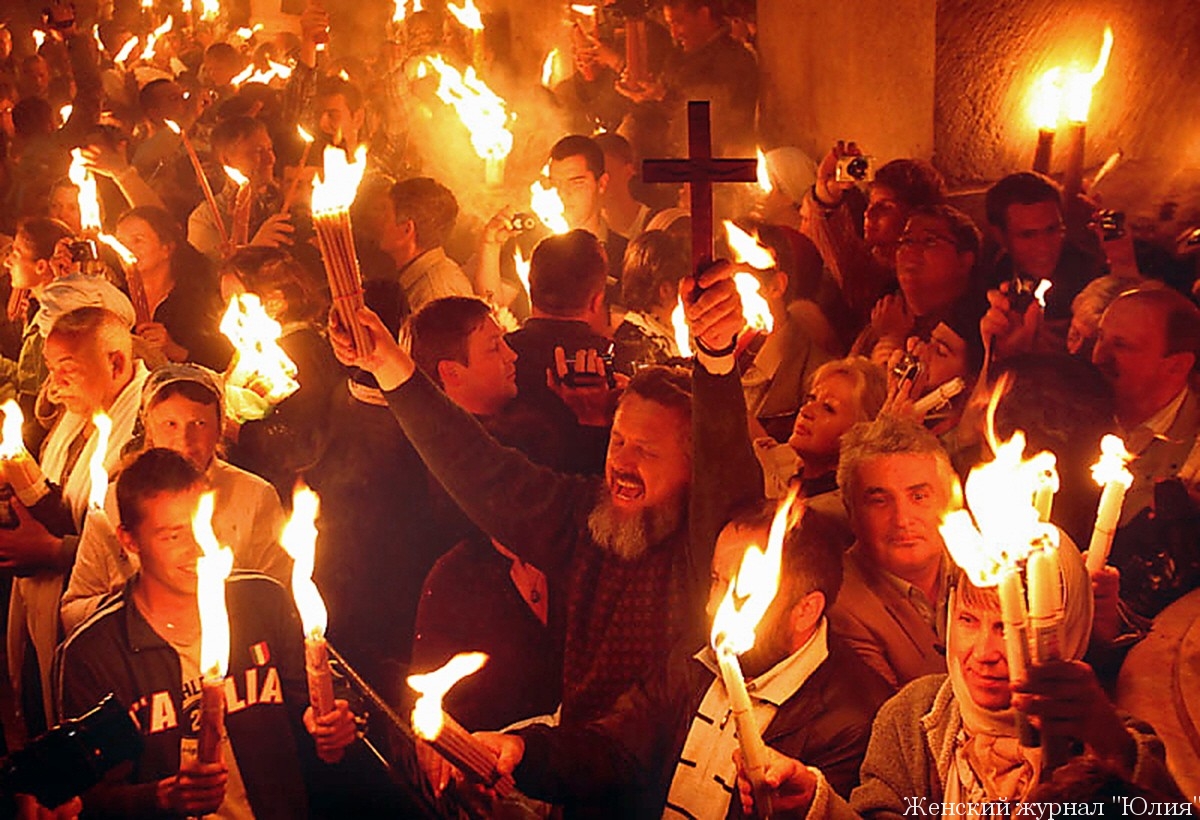 #HolyFire, for those who don’t know, is a miracle that has occurred every year at the Church of the Holy Sepulchre in Jerusalem.

The Patriarch of Jerusalem descends into Jesus’ tomb with candles, and does not emerge until he leaves with them lit.

There are no tools with which to light it. No fuel. Nothing.

And every year, he emerges with flame, since the founding of the church.

It has happened once again!

The Holy Fire has descended in the Church of the Holy Sepulchre in Jerusalem, as seen on the live stream on the Facebook page of the Jerusalem Patriarchate and on RIA-Novosti.

The Holy Fire appeared in the edicule (the small chapel built over the burial place of Christ) just a few minutes after the Orthodox patriarch of Jerusalem, Theophilos III, entered there to patiently pray and wait. The edicule was newly-restored for the first time in centuries just in time for the Holy Fire service and Pascha last year, and was consecrated on March 22 last year after nine months of work. Holy Fire has descended in Church of Holy Sepulcher in Jerusalem

The Holy Fire appeared in the edicule (the small chapel built over the burial place of Christ) just a few minutes after the Orthodox patriarch of Jerusalem, Theophilos III, entered there to patiently pray and wait.

1 thought on “#HolyFire has Descended Once More at the Church of the Holy Sepulchre in Jerusalem! #OrthodoxChristianity”