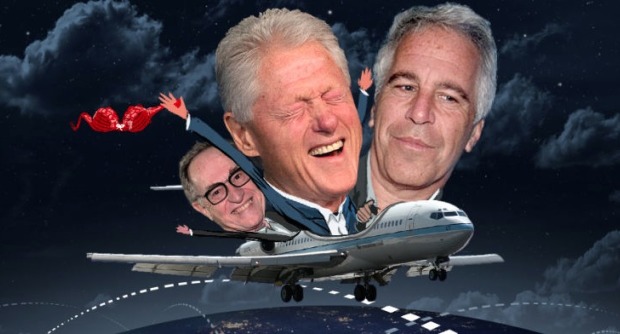 This post is going to explore some of the research conducted by various #Anons in regards to convicted Pedophile Jeffery Epstein’s island. Epstein’s Island, you’ll remember, is where he ran his airline, the Lolita Express.

The Lolita Express would ferry elites like Bill Clinton and celebrities like Eminem to and from the island for, well… 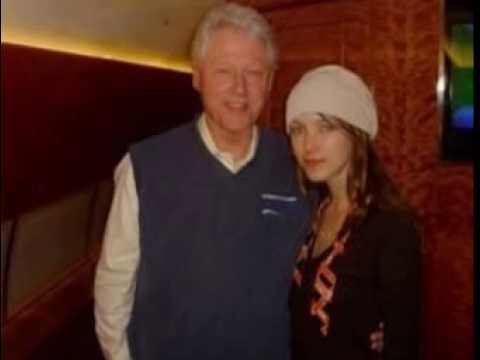 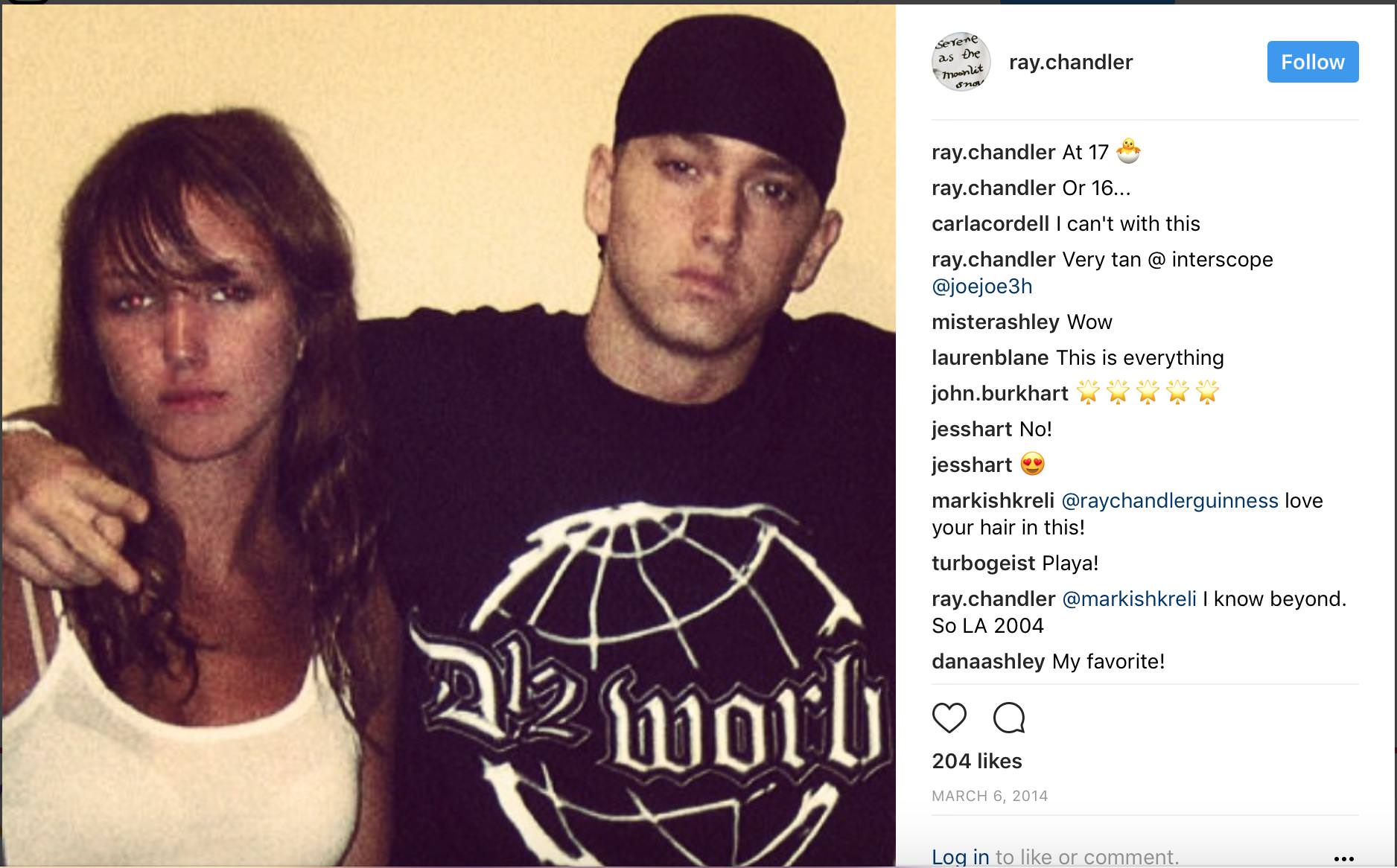 Same girl in both photos, by the way. One Rachel Chandler.

Hmm…. Maybe that’s why the likes of Eminem and Robert DeNiro have been so vocal against Trump, lately?

If you were paying attention when #Pizzagate first broke, you’ll be familiar with a lot of this… but I think most of this will be pretty new to most (and will answer some of the questions many had). 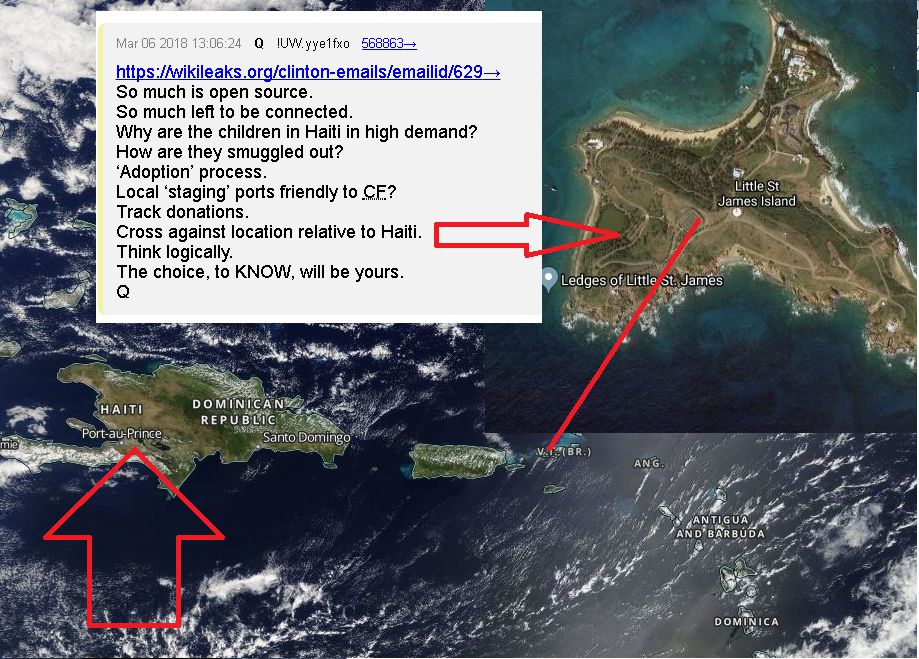 The island is full of oddities. We covered “The Princes” in the Q-drop the other day.  That info can be found in this post:

[A] = Arrests. Arrests in April! I’m trying to figure out what big narrative change happened, and I’m leaning towards the 44 Democrats who bypassed background checks and allowed the Awa…

Basically, each corner of the island is named after a “Satanic Prince.” There are also at least 3 underground chambers, each a “D-Room” with a letter attached. An H, an R, and a C.

Anons speculated that this meant “Death-room.”

One Anon started investigating the 3D topography of the island, looking a each specific building, and spotted what looked like underground entrances: 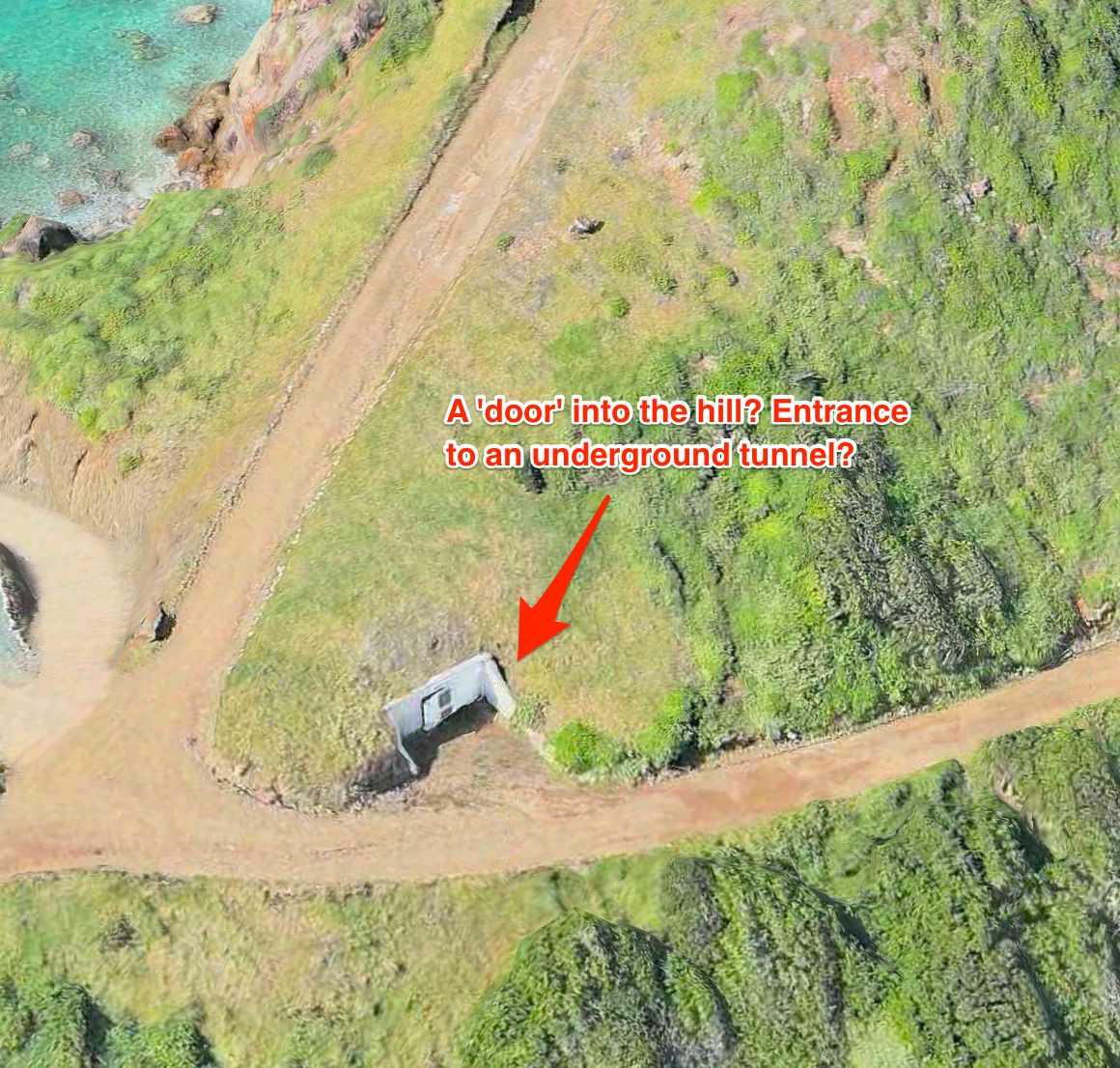 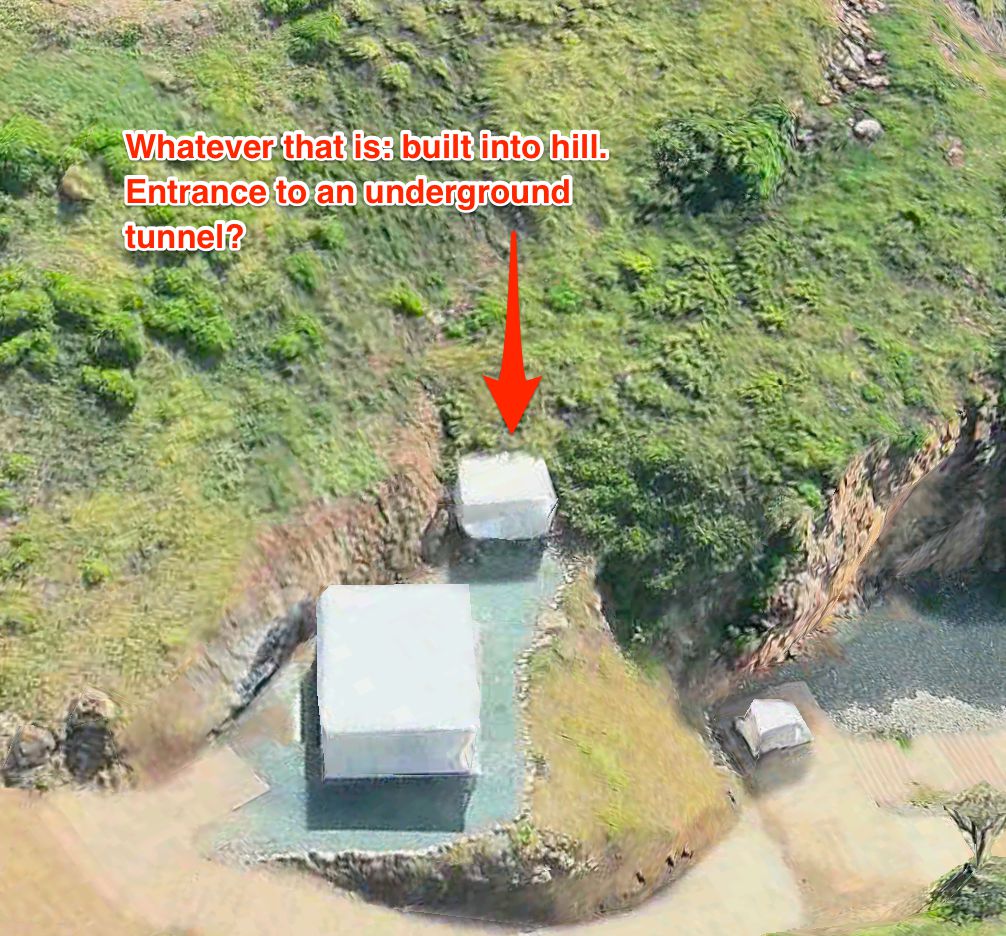 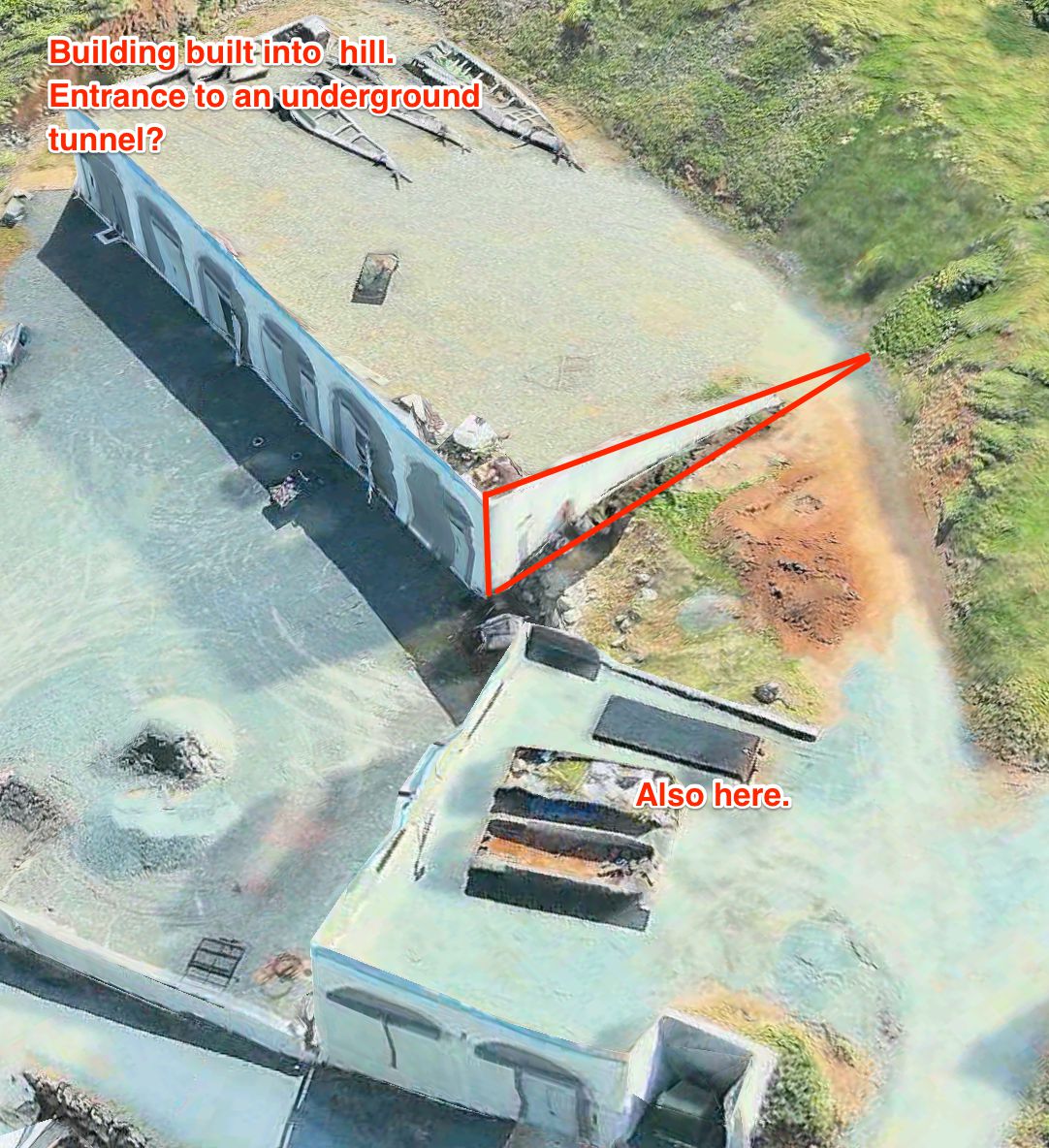 Now, this last one I’m going to discount, but I’m also going to add another image in here, from a different Anon. This might actually be a regular tennis court.

The basic gist is that Anons noticed that the tennis court looked like a texture overlayed on a hill; it was all distorted and hilly, when a tennis court should be flat.

A programming anon came in and said this was just an artifact left-over from low-res Lidar. Basically, the Lidar scans the height of two points and tries to “fill in the blank” data in between. So the court has hills surrounding it, and it tried to extrapolate the height in between. 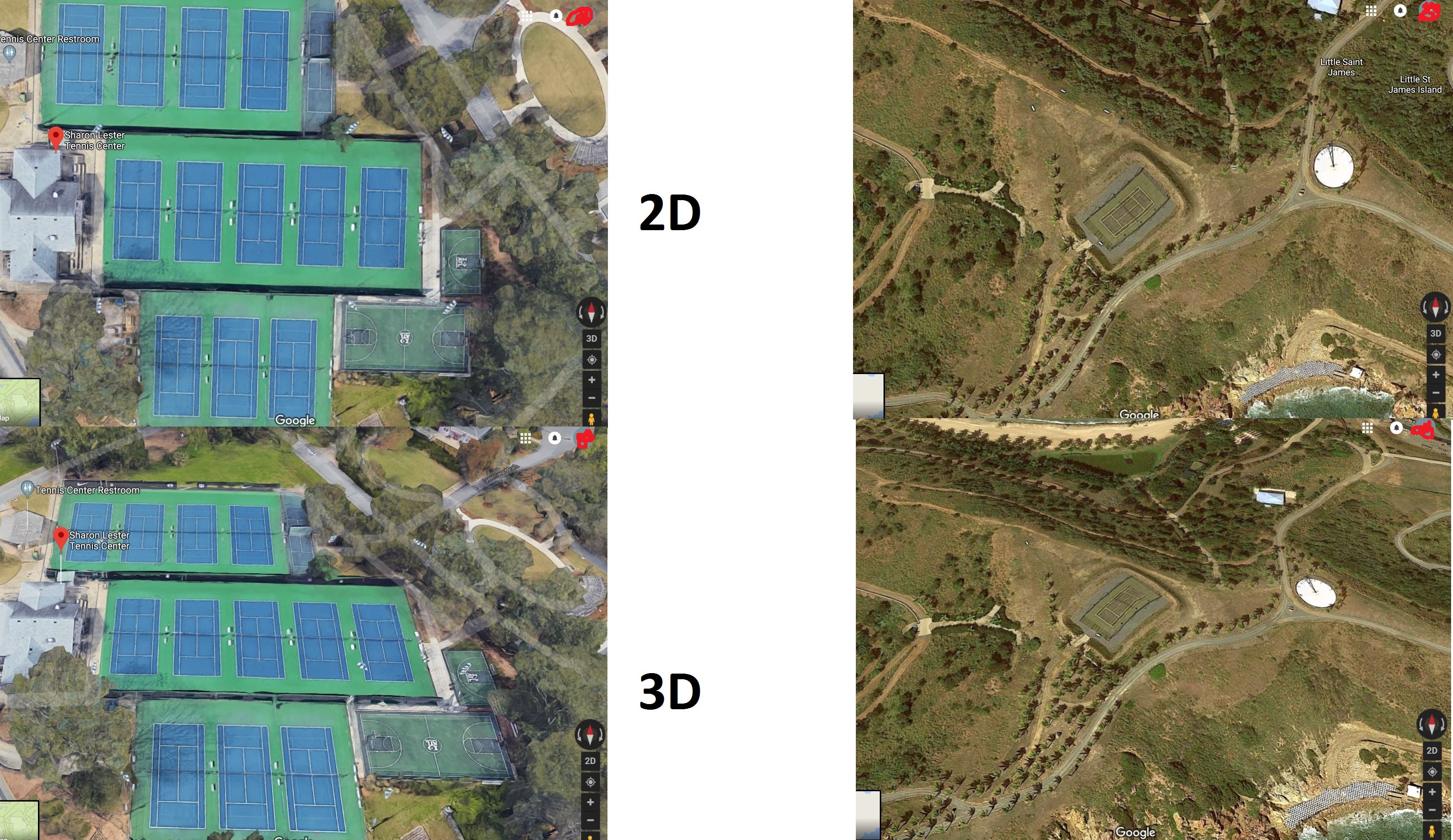 That anon was then kind enough to provide a combined map of all his screenshots: 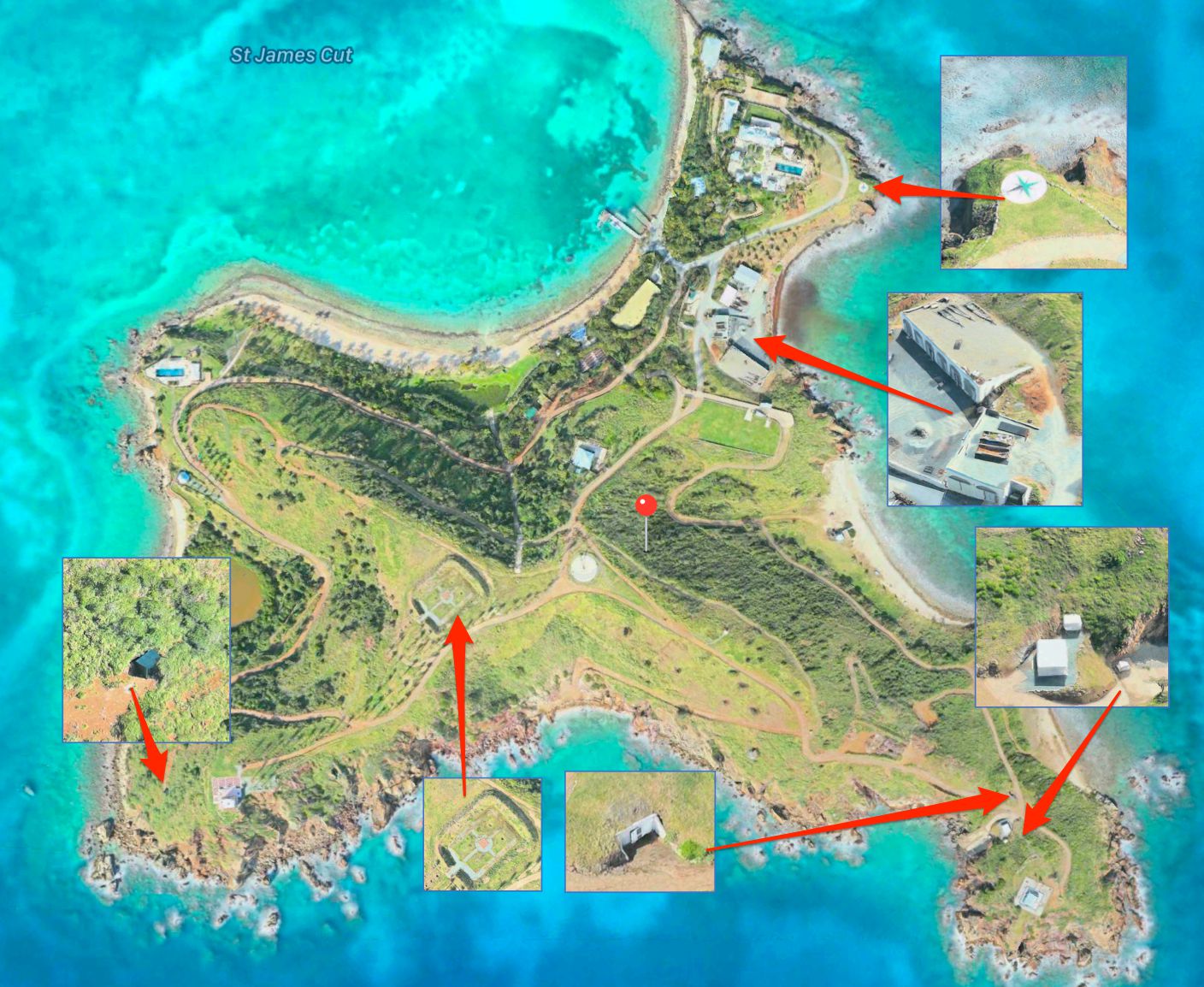 Anons also noticed a strange trend with the number “29,” in relation to Epstein’s island. 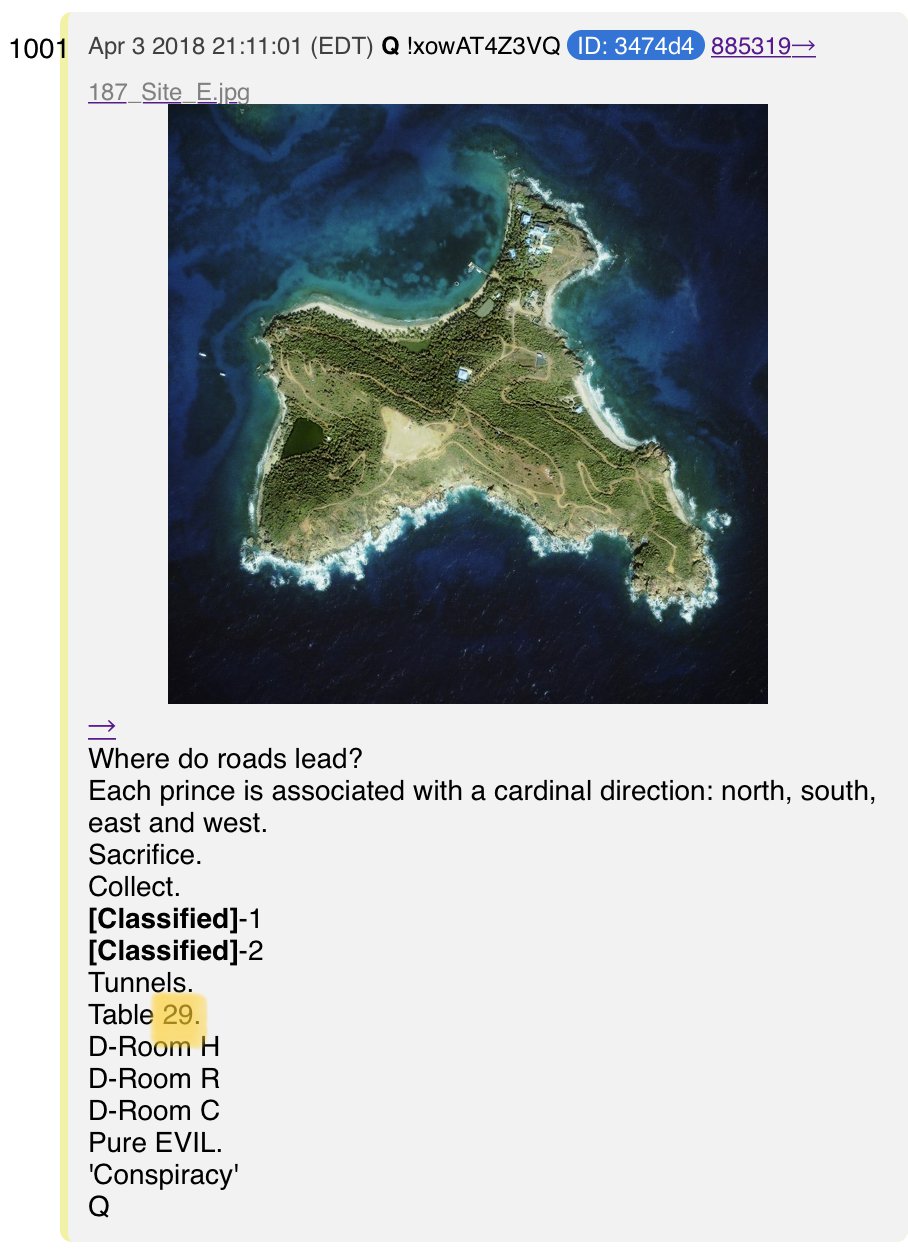 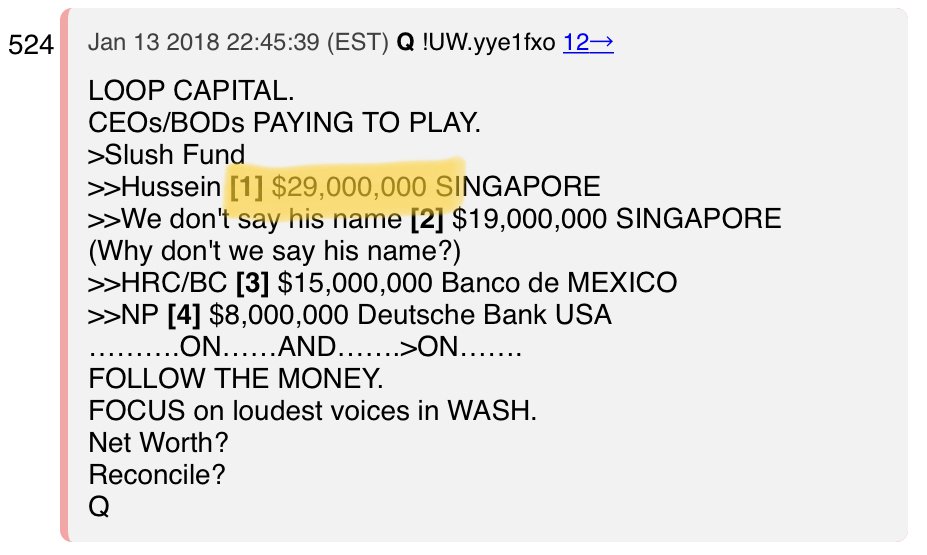 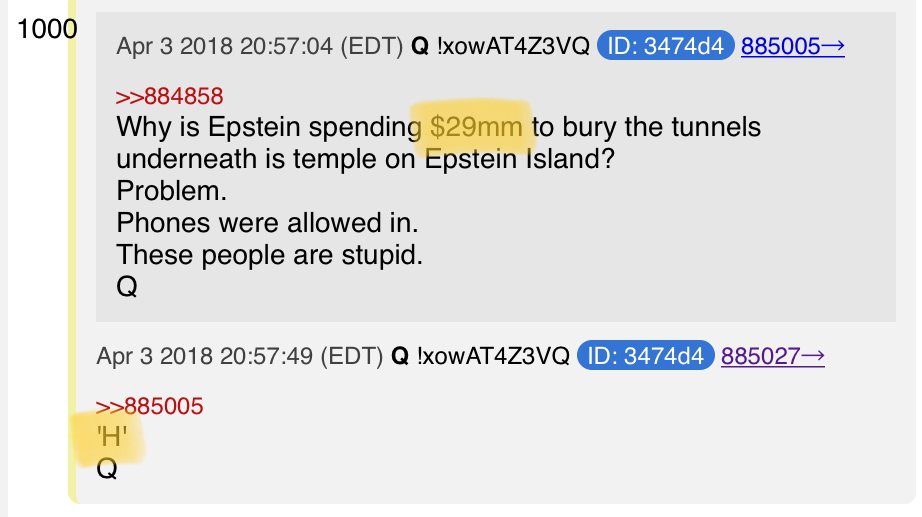 So the question then emerges: Did Obama launder 29 million to Epstein in order to destroy evidence, through a bank account located in Singapore??

Getting a sense for how deep this thing goes now?

Another Anon noticed some “sacred geometry” at play on the island. 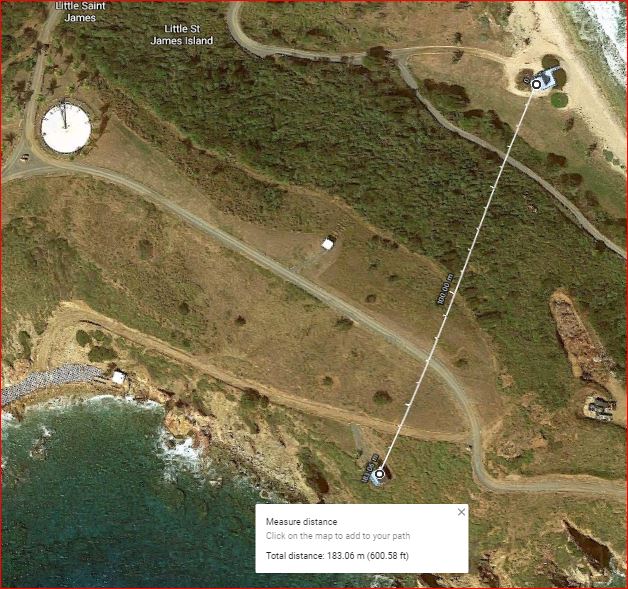 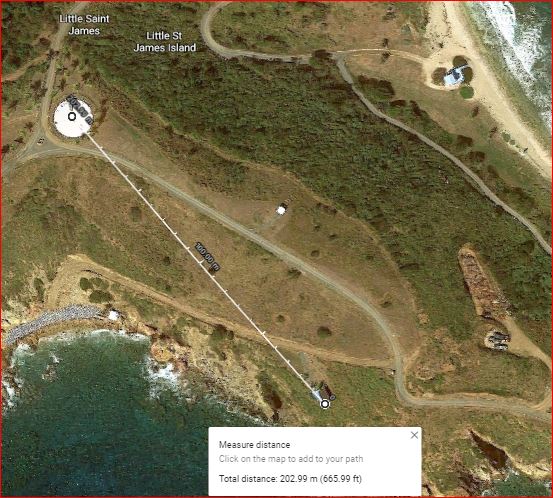 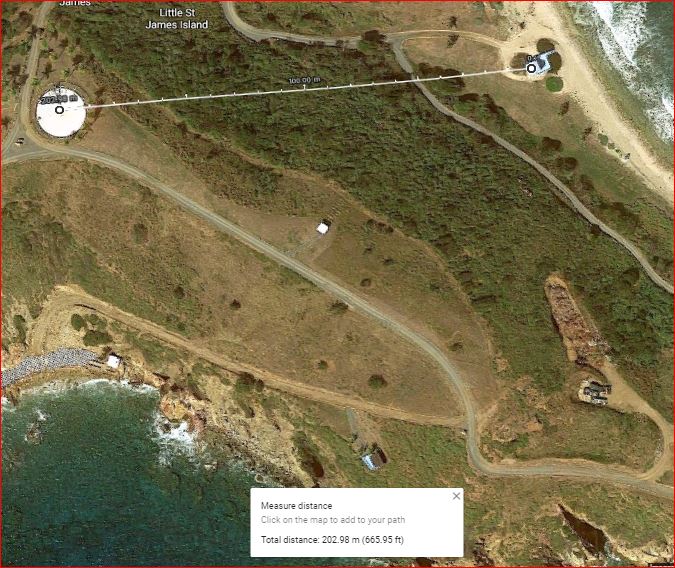 And this is where things really start to hit home.

Specifically… a sundial with an altar. 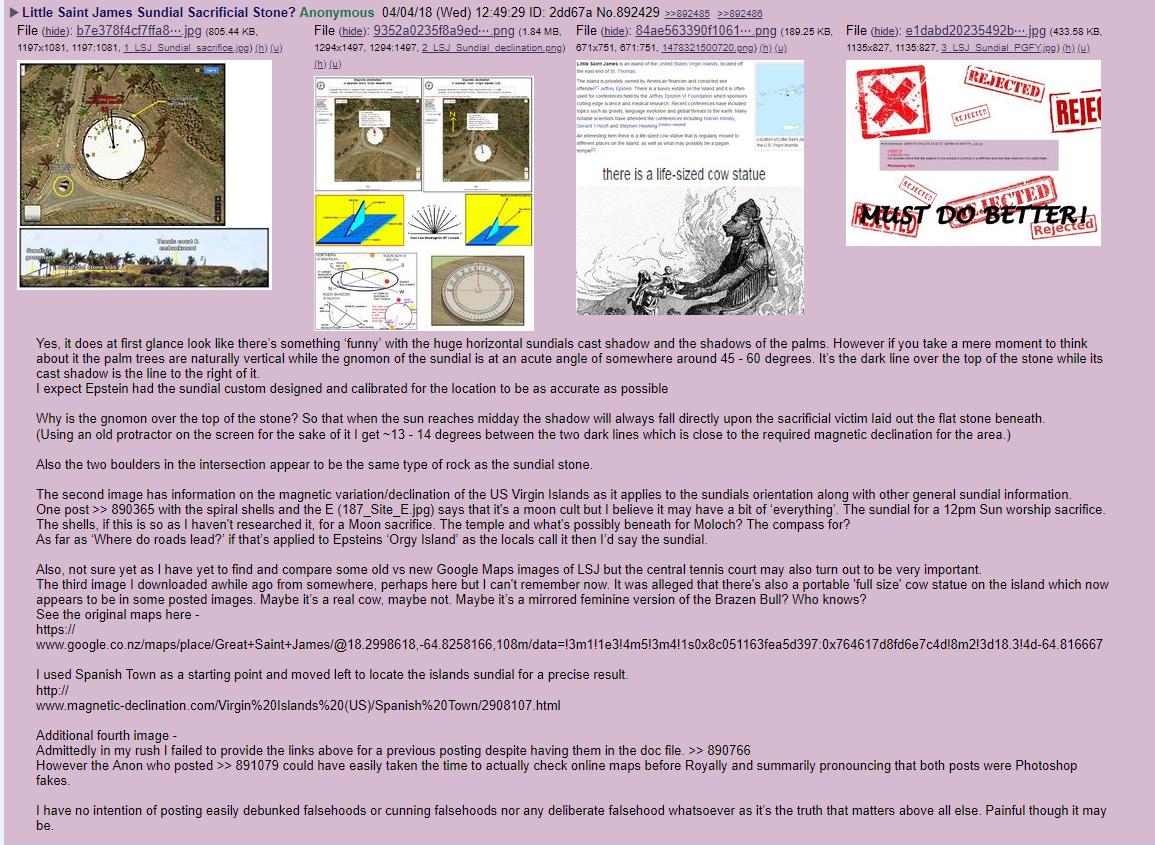 A lot of Anon’s post is autism dedicated to proving it’s actually a sundial, based on the shadows. 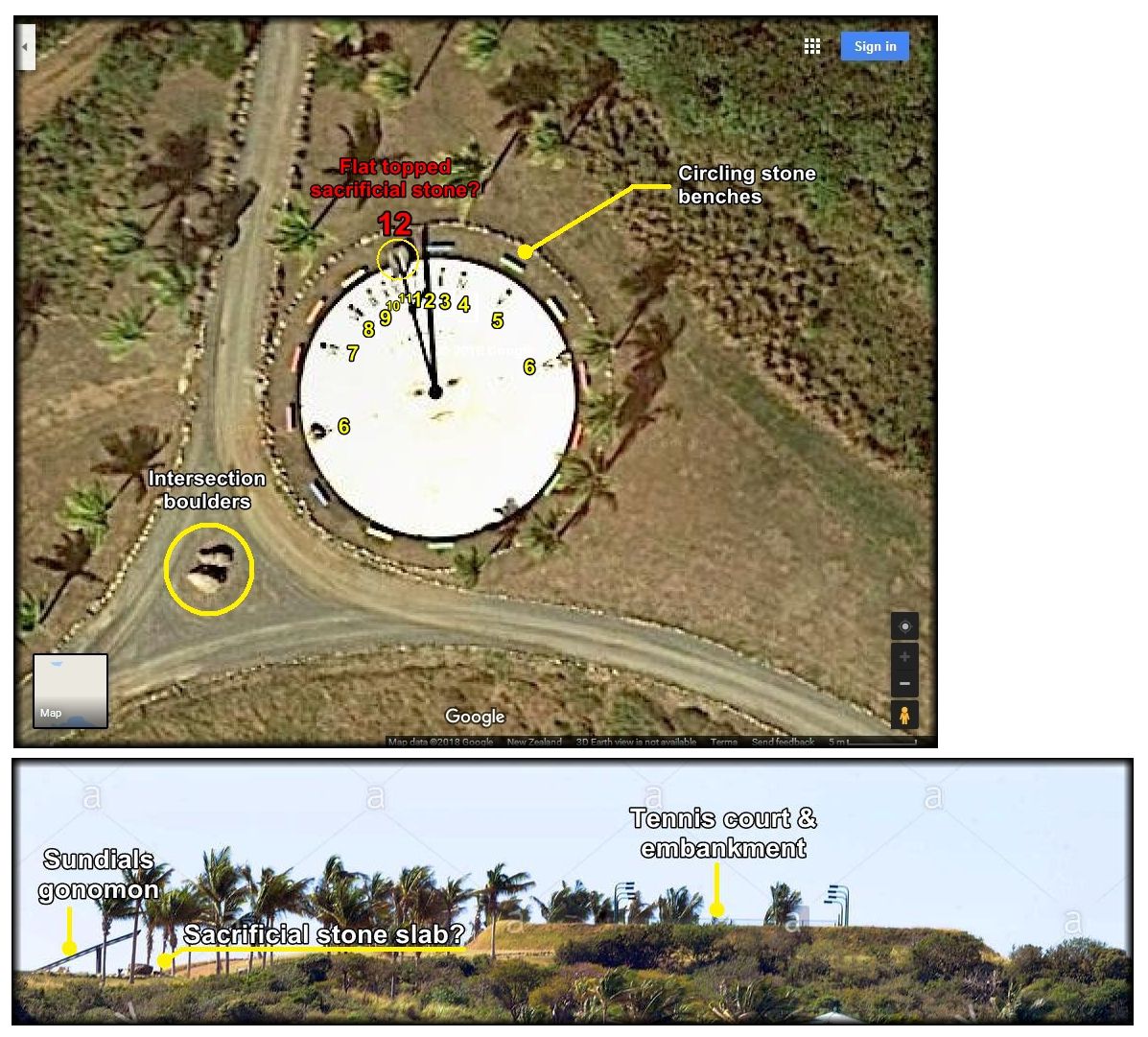 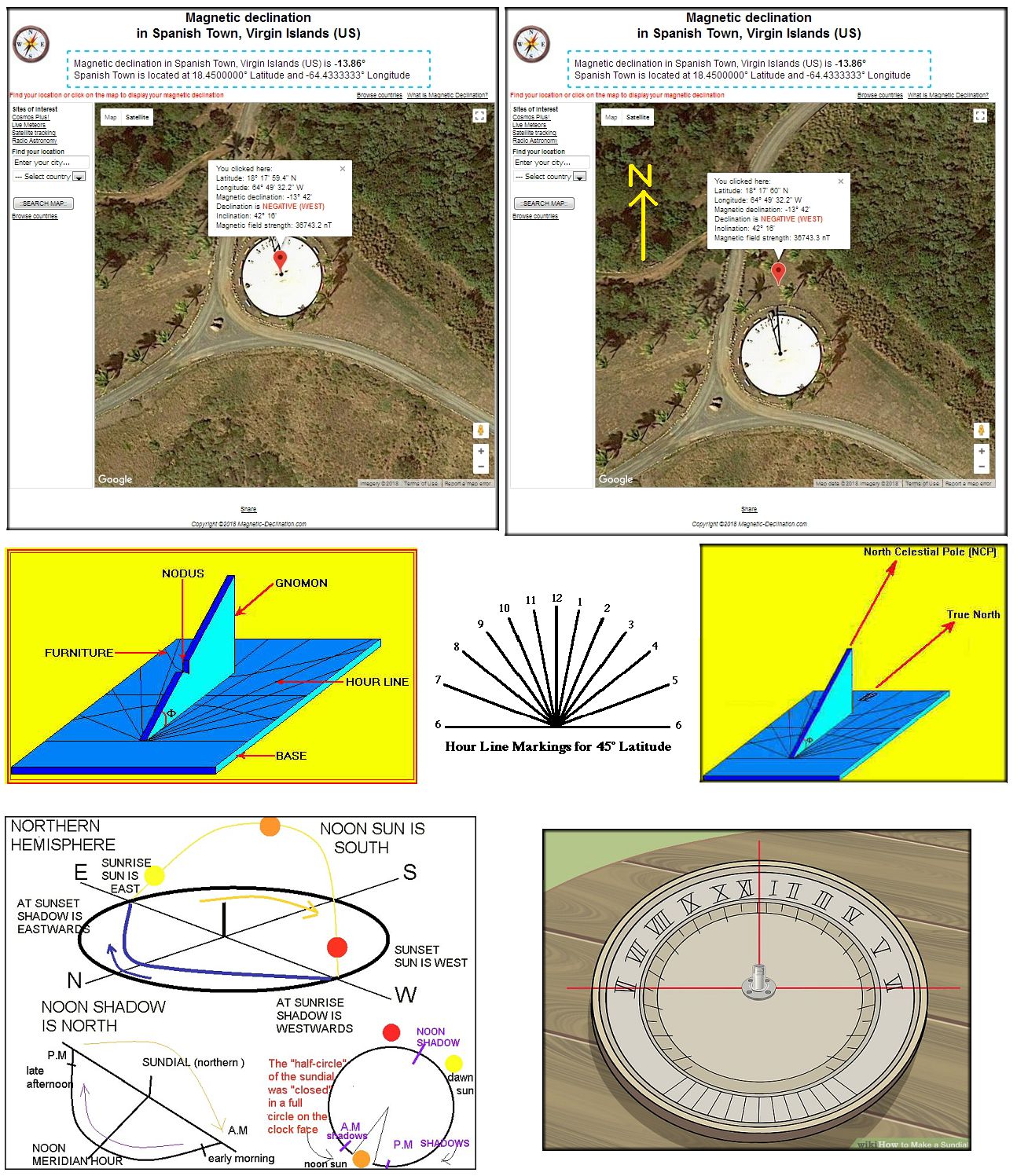 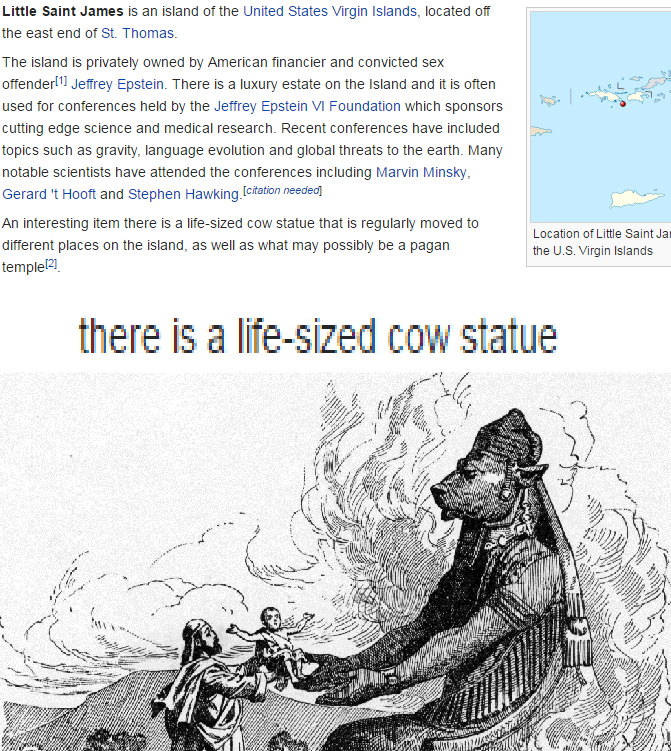 I added a picture of the cow: 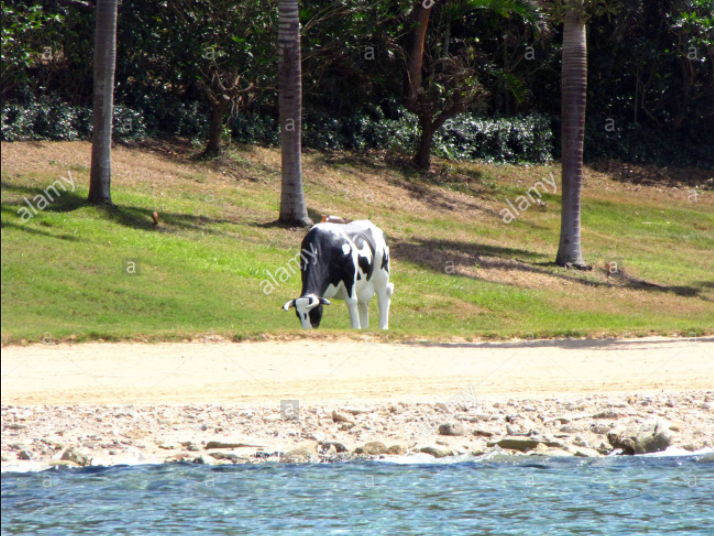 And finally, I came across this gem. Some of you may remember the “Caris James” instagram account that seemed to comment on a lot of Comet Pizza’s strange posts, as well as a number of really questionable posts. 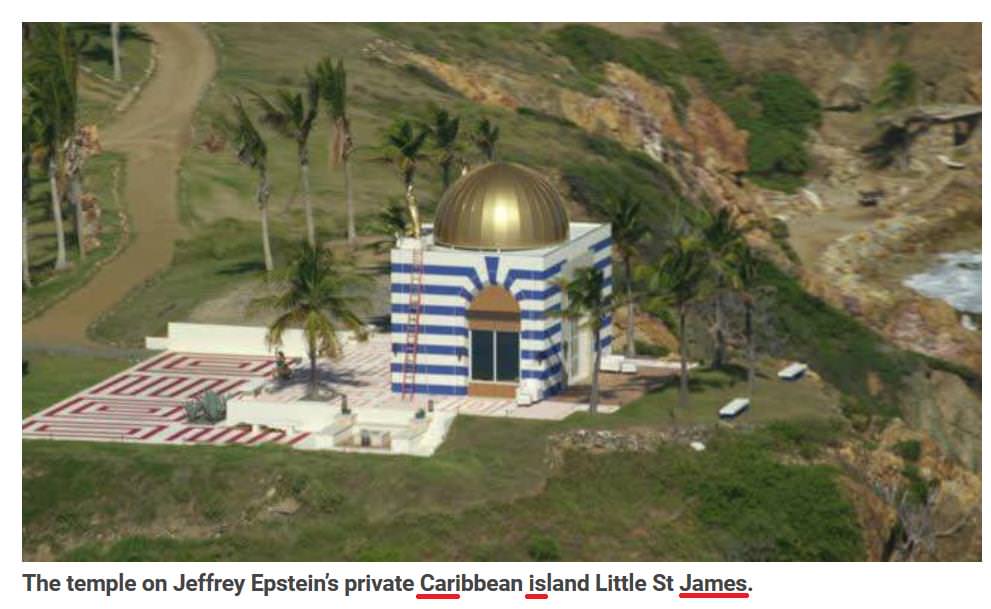