BOY! #Cuckerberg sure has been selling a LOT of #Facebook shares lately! One Billion for the year, and it’s barely even April! 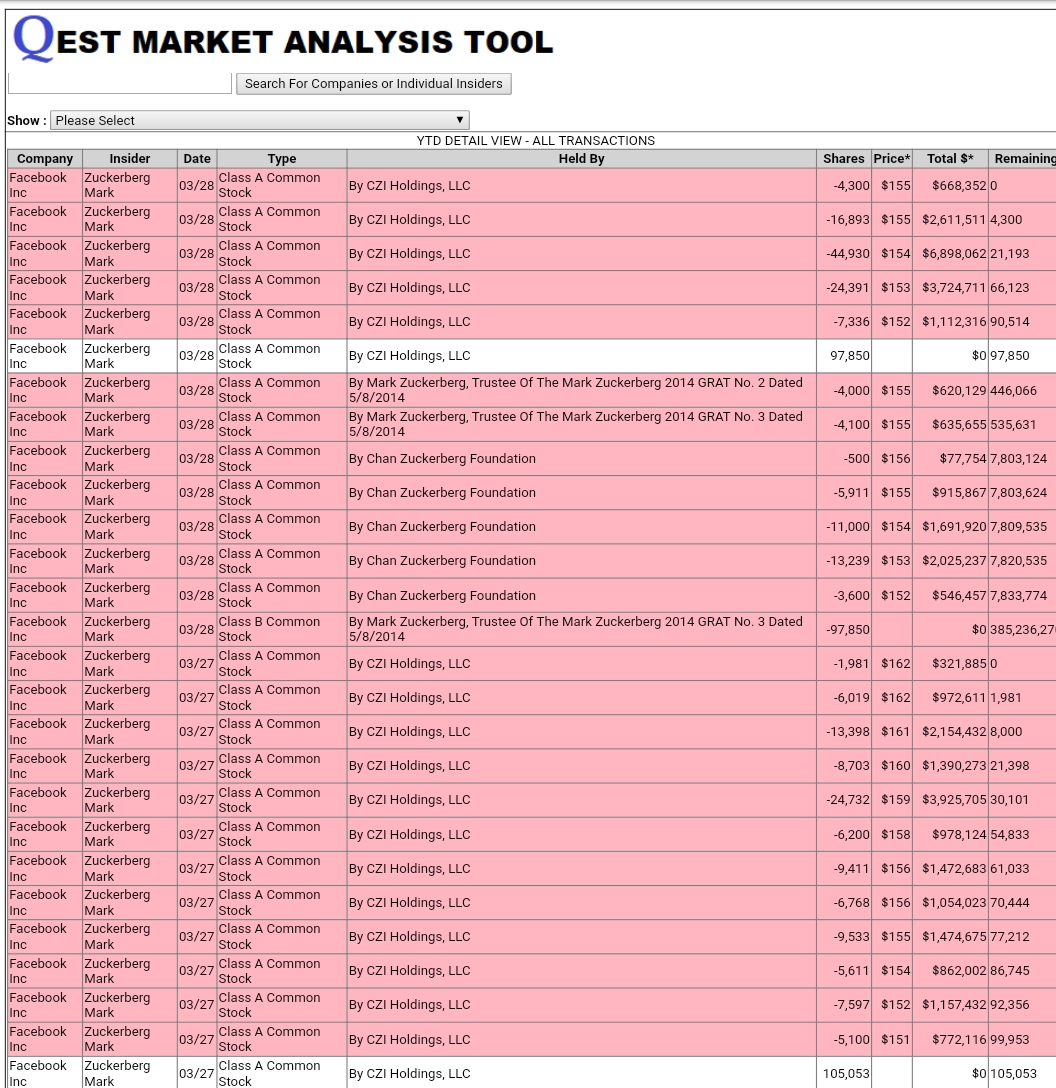 Wonder where it’s all going? 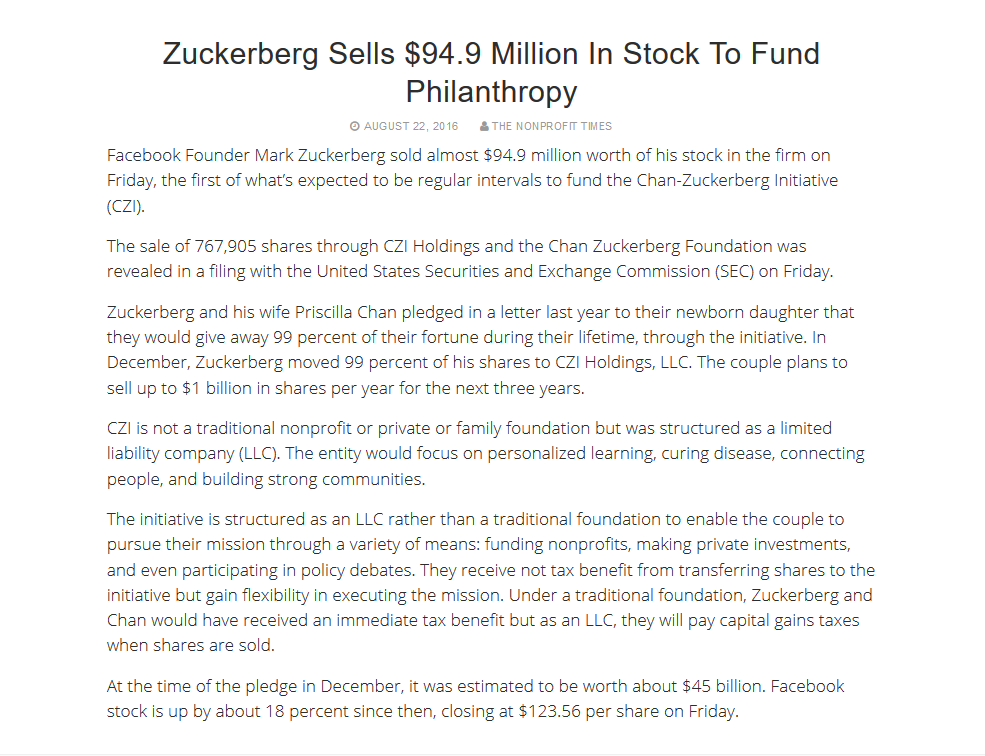 So basically, Zuck gets to sell his shares through this holding company (which he positions as a charity). Originally, this was speculated to be used as a “war chest” for future political runs. After all; it’s an LLC, not actually a non-profit. He can spend the money however he sees fit.

And it just so happens that he and his wife have total control over the company. After all, it is the Chan Zuckerberg Initiative: 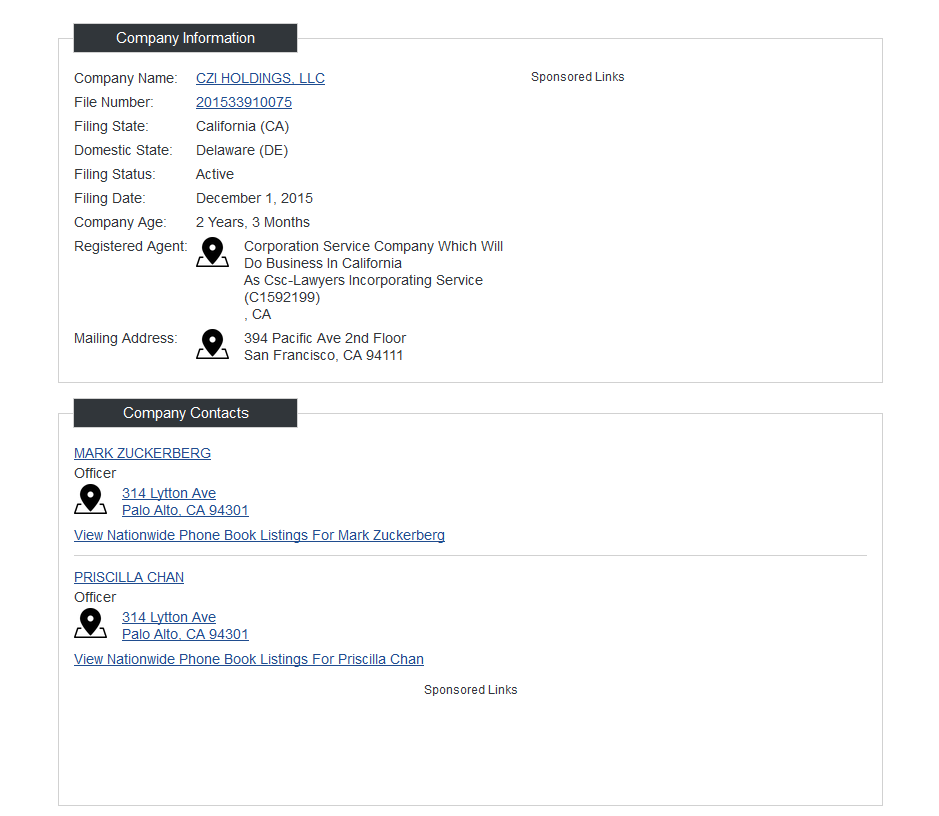 This amounts to “legal laundering.” He gets to keep and retain control of the money from his sold facebook shares, pay minimal capital gains tax, and shelter those funds from, say, legal lawsuits against him, personally, because the money is now part of this other business. A business which he controls.

Remember, the media was already positioning him as the return of the Obamessiah for as early as 2020. The CZI Hoard was what would have been used to fund any operations in that arena:

Full Story on that, here: https://www.wired.com/story/mark-zuckerberg-america-travels/

But if you ask me, I think #QAnon was telling the truth when he said: 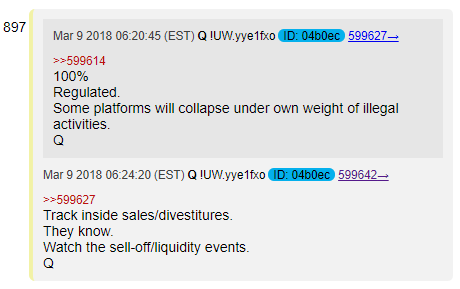 Mark has been selling very aggressively for a while now. If I had to guess, he knew the jig was up a while ago and abandoned any and all political ambitions, and started moving money around in a desperate move of self-preservation.

Remember, CZI can do whatever it wants with the money. It’s a privately owned company, not a charity. It doesn’t have the same transparency requirements.

Do you really think CZI’s money is still anywhere in the US?

Or do you think it’s now residing in some overseas bank account, “safe” from the reach of anyone who might try and seize it in relation to illegal activities?