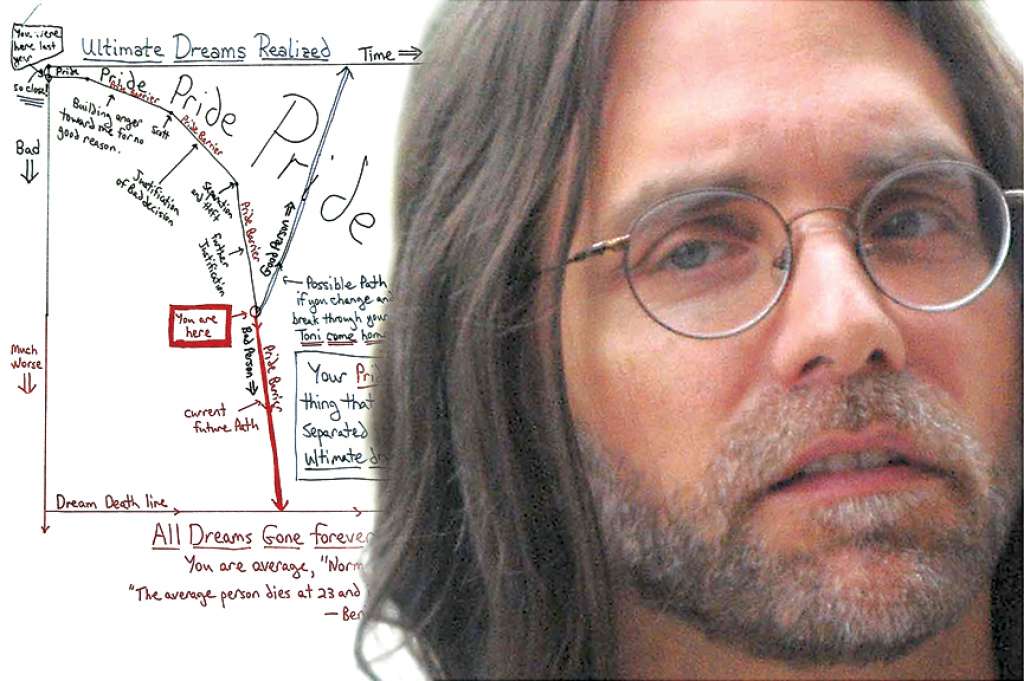 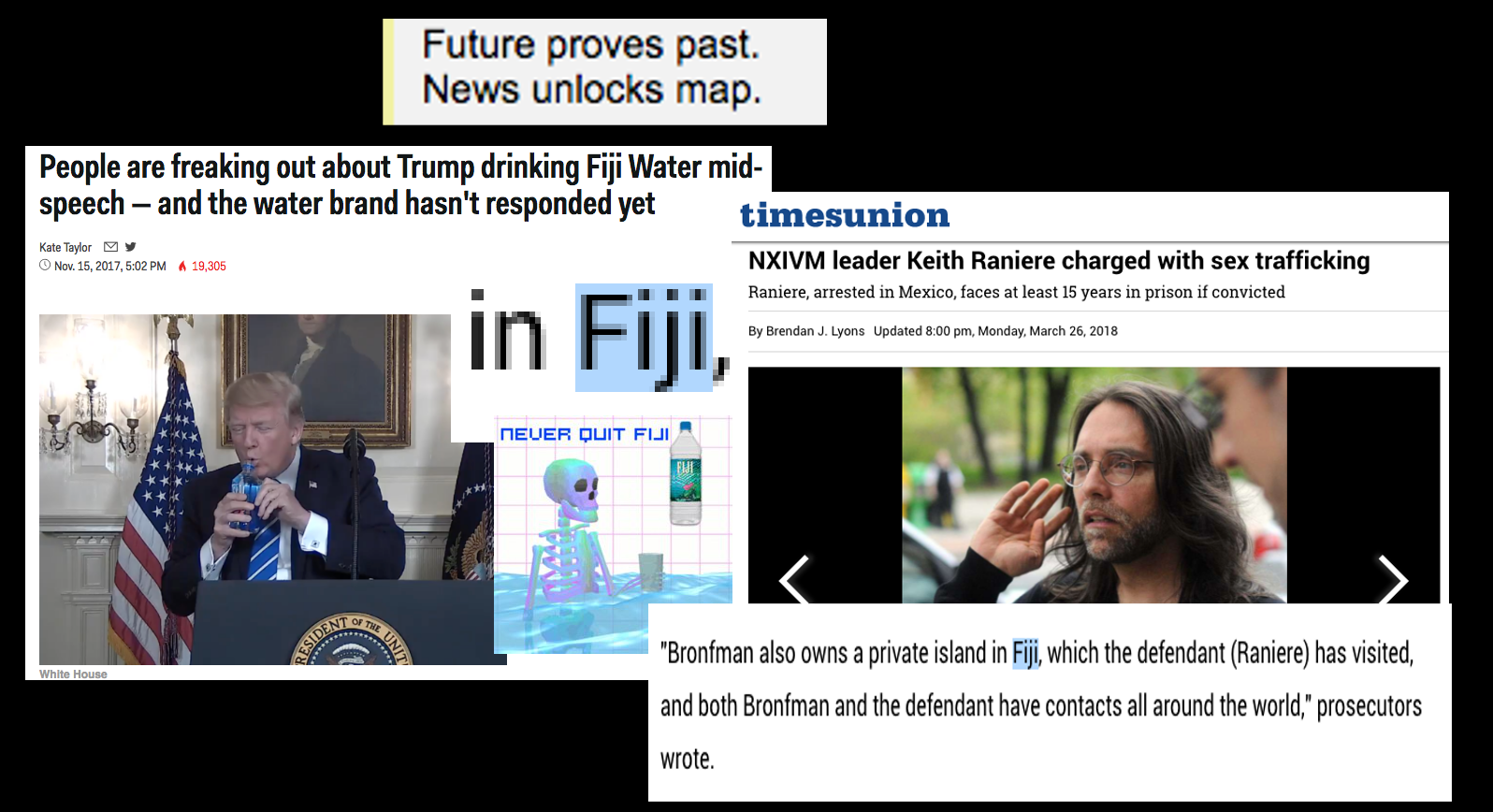 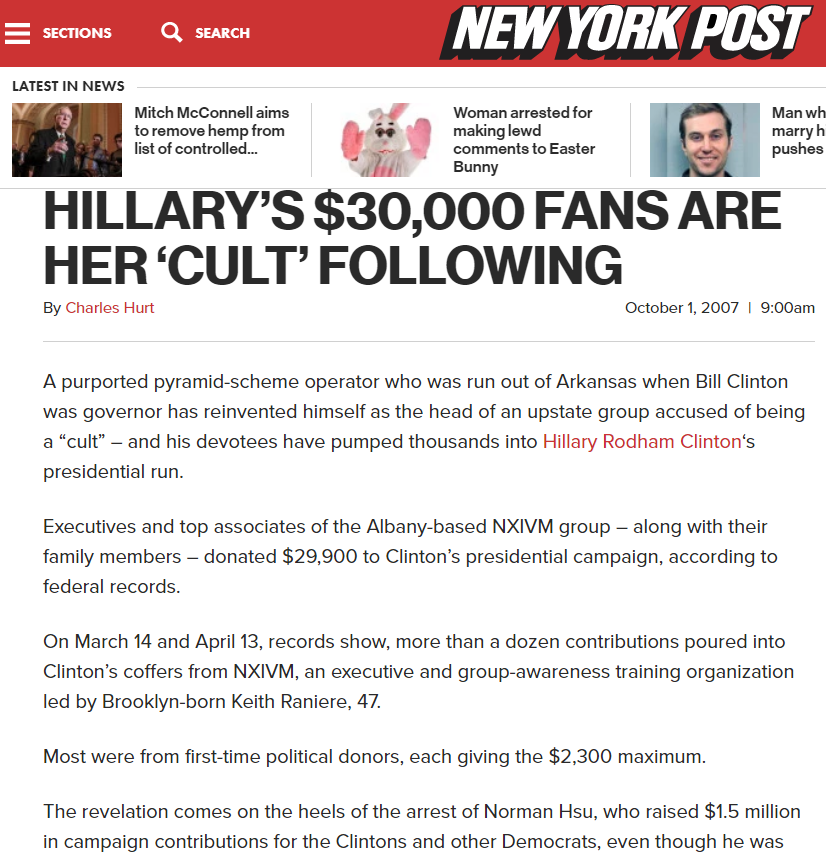 Third, his connection to the #DalaiLama

And, oh yeah, have I not mentioned?

The Dalai Lama is a CIA operative, and has been since… forever. 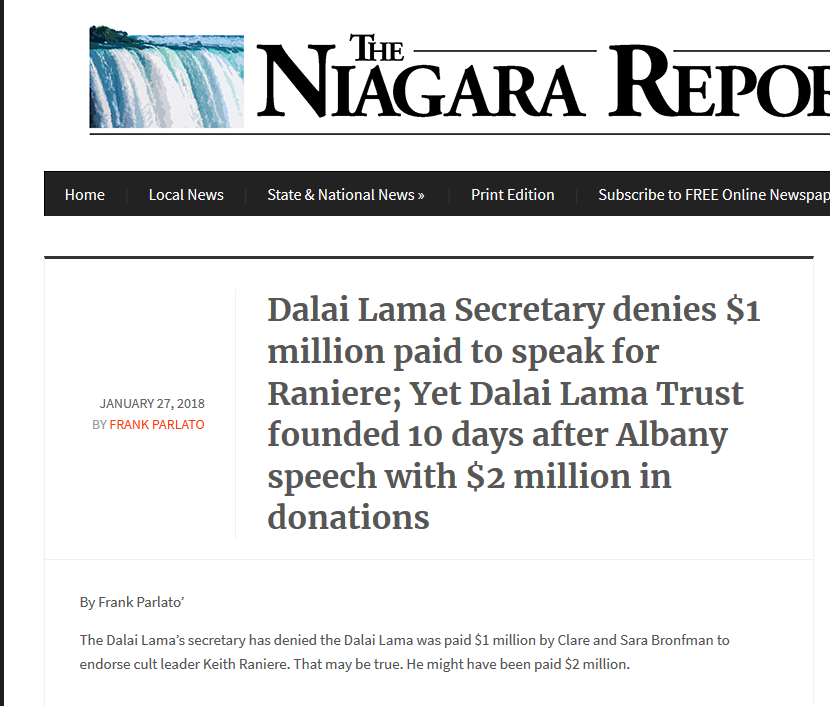 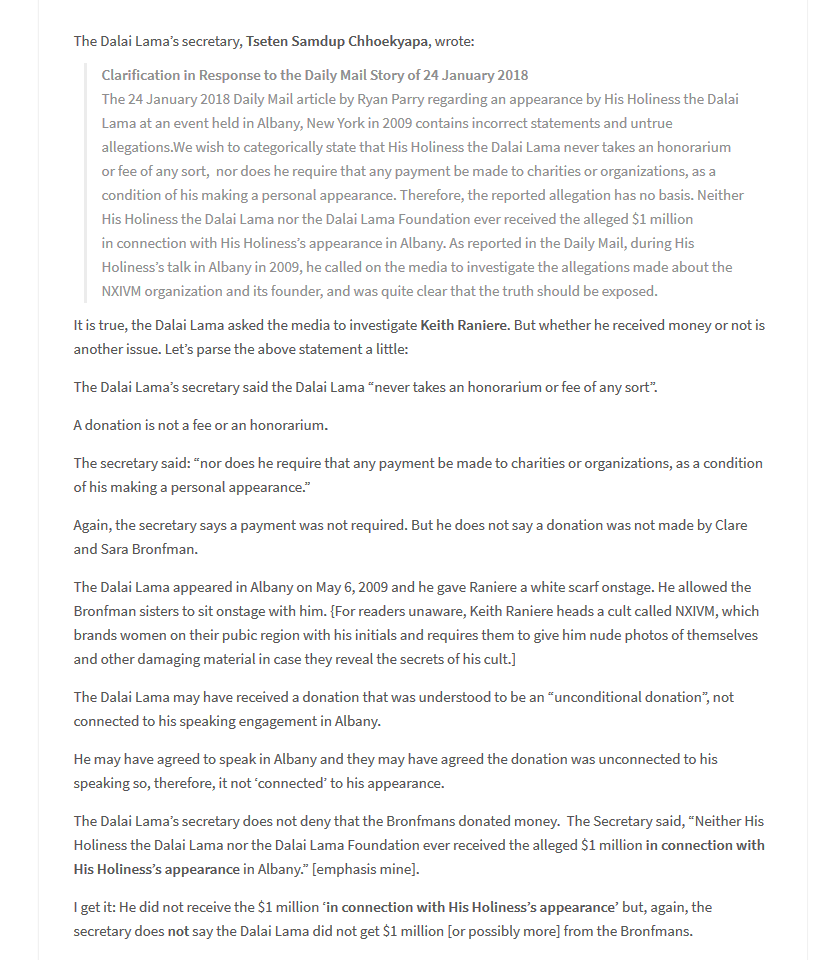 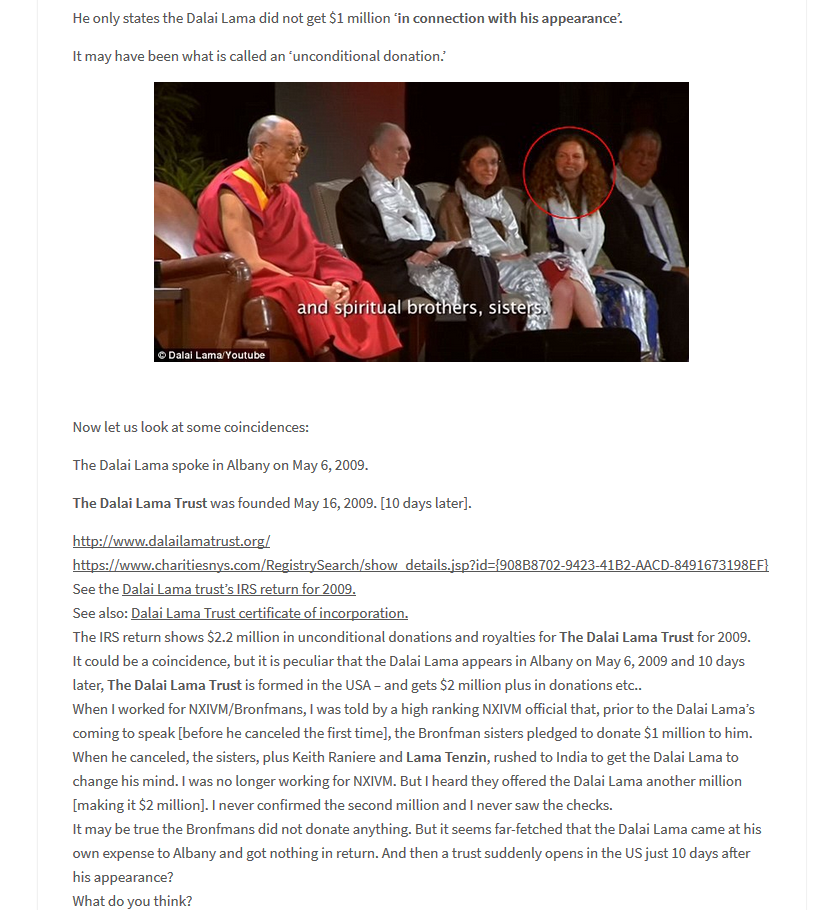 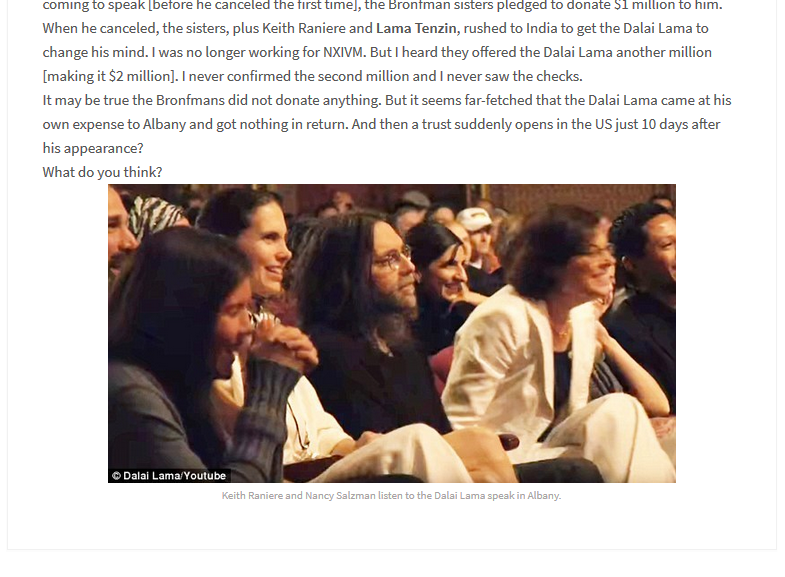 Source, in case my screenshots aren’t workin’ for ya: http://niagarafallsreporter.com/dalai-lama-secretary-denies-1-million-paid-speak-raniere-yet-dalai-lama-trust-founded-10-days-albany-speech-2-million-donations/

There’s also this Vanity Fair article, which I honestly haven’t had a chance to read yet: https://www.vanityfair.com/culture/2010/11/bronfman-201011

Anyway, I’m not joking, the Dalai Lama really is a CIA spook.

I remember watching this Stefan Molyneux video when it came out, yes, three years ago, and the amount of connections he made was mind-blowing. It’s well worth your time.

I’m trying to find the exact #QAnon post (or maybe it was just an #Anons post), where he says alludes to people of many different faiths being absolutely distraught by the coming revelations (I think Buddhism and Roman Catholicism will be the hardest hit).

But watch this, because it’s all part of #TheCabal’s scheme, and shows just how far, how deep, and how long so much of this has been planned.

1 thought on “NXIVM, Raniere, and Hillary Clinton – The #DeepState is in #PanicMode! #QAnon #GreatAwakening”