Rather than post a bunch of screenshots from this thread, I decided to back it up entirely. Link at the bottom.

1). A couple days ago, I did a thread on TWTR, it’s early investors, and how it became a clown-owned company. If you haven’t seen it, plz give it a read! It’s pinned on my profile.

2). Today, I am going to focus on Rizvi Traverse. Which secretly became one of the largest TWTR shareholders & which Q confirmed was also a clown front. 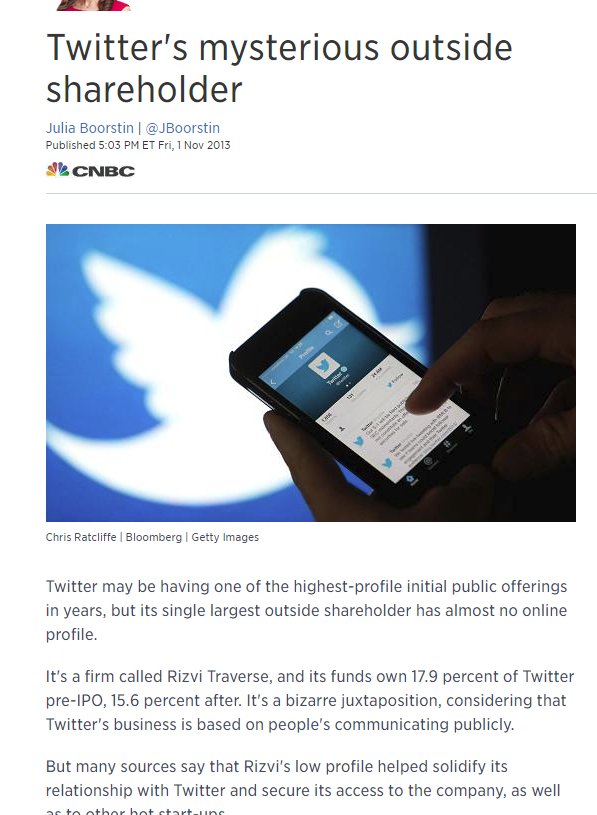 3).When researching Rizvi Traverse, and its Founder, Suhail Rizvi, the words “secretive” & “mysterious” pop up very, very often. In fact, Suhail actually hires someone to scrub the internet, for info & pics of him. 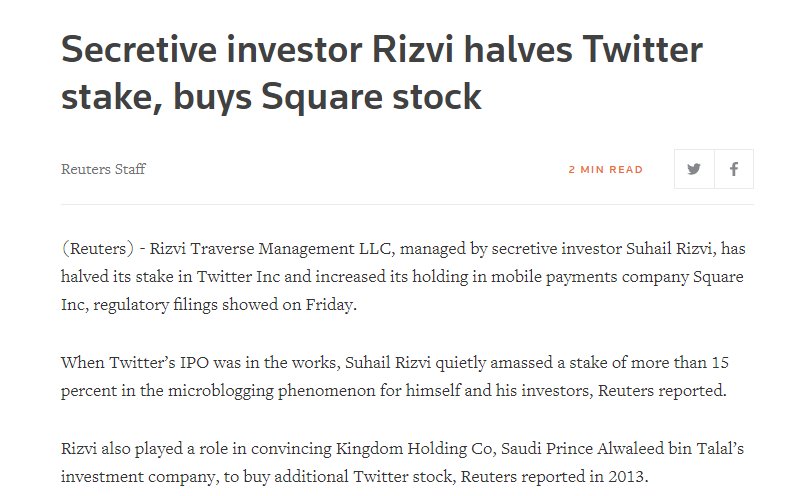 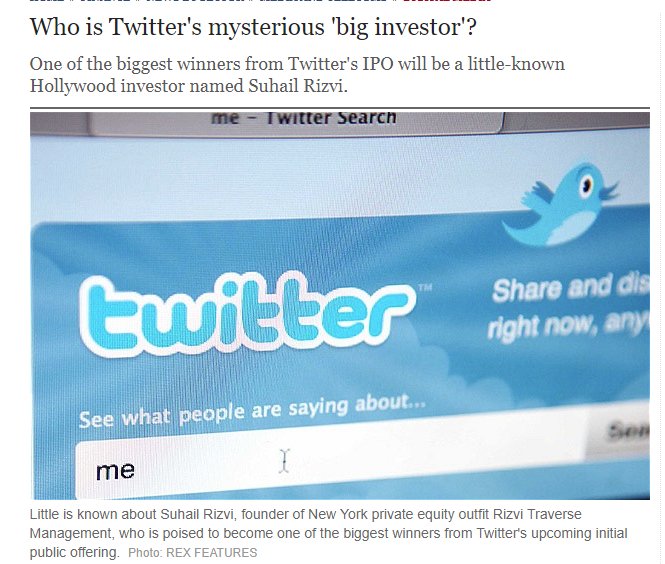 4). Obvious question is, Why? As it turns out, there is indeed something strange and well-hidden in his past.

5). More on that in a bit. First, there is plenty of known info abt him that makes him very suspect. For instance, Rizvi was the one who helped take Hugh Heffner’s playboy private. Remember this?:
“What if HH was a Clown in America?” 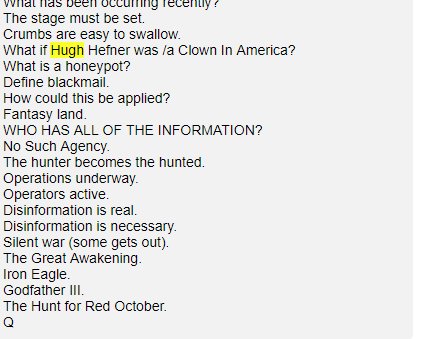 6). And this Anon’s follow up to that post, w/ Q’s ”!!!!!!” reply, affirming the anon’s analysis. HH used the playboy mansion for blackmail, sends to CIA, CIA has that politician now for life. 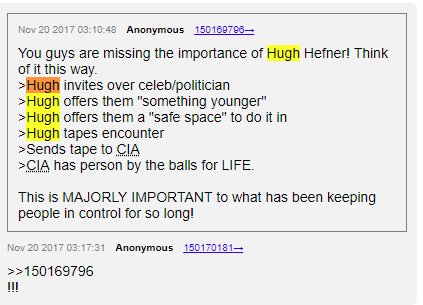 7). Rizvi also has deep ties to Hollyweird, at one point owning the studio (Summit Entertainment) behind the Twilight Series, and, owning a talent agency. Summit was bought out by Lions Gate in 2012. And guess who
The founder of Lions Gate is? 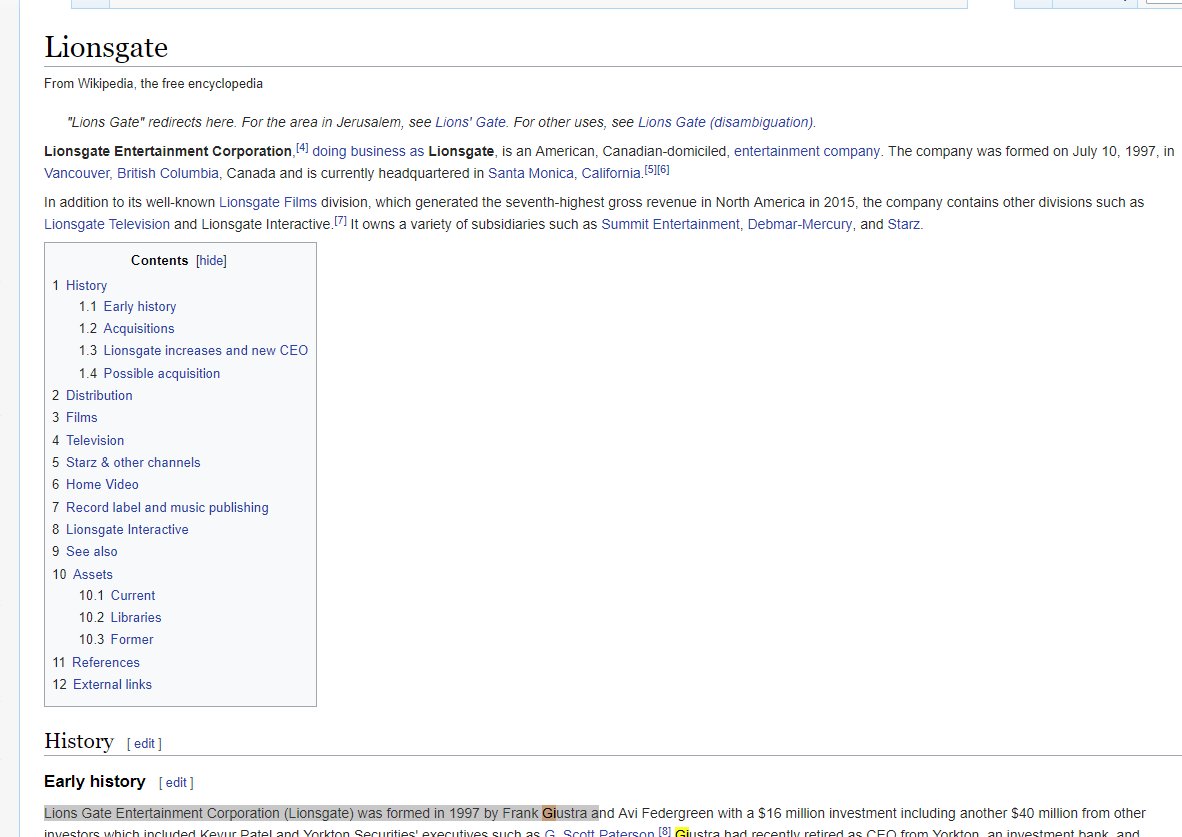 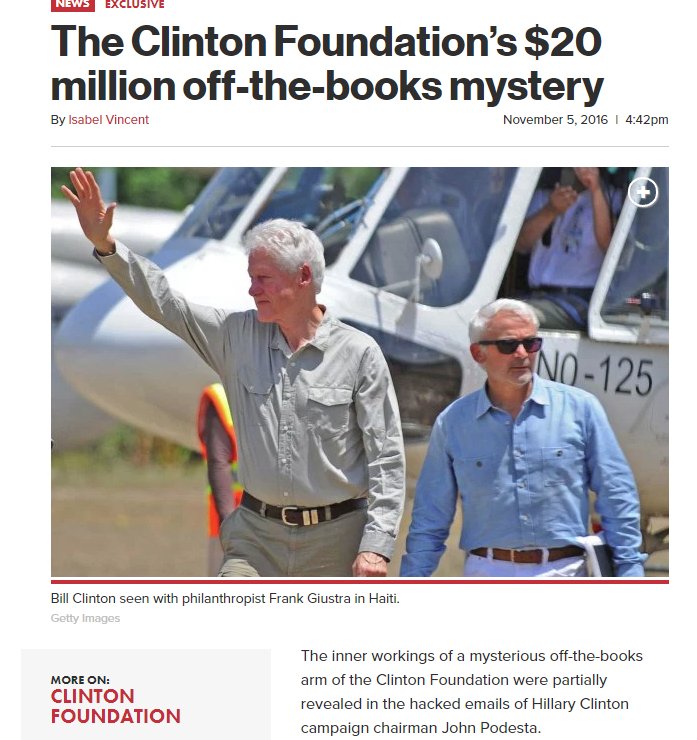 9). So, already, we have Rizvi, linked to Hefner/Hollyweird, Guistra, and Clintons. But, Guistra’s a topic for another day.

10). Dig through Rizvi’s past & all you find is that he started some electronics company in Puerto Rico, sold that, & then went on to start Rizvi Traverse. Where he invested in Twitter, Square (another Dorsey co), etc etc.

11). But, something very odd surfaced. And it was not obvious. That is, Rizvi was a defendant in a 2000 lawsuit, with the plaintiff being General Electric Capital.

12). But, the lawsuit was issued against his company, “Inter-Island Air, Inc.” Of Puerto Rico. First, keep in mind P.R’s proximity to other Caribbean Islands…. 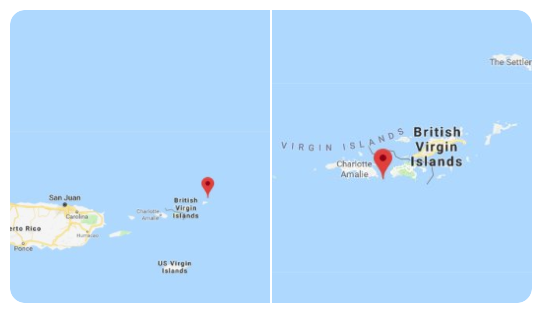 14). But here is the most interesting part. In the lawsuit, it was discovered that Inter-Island doesn’t even have any operations or assets in Puerto Rico. There was no actual business.

15). So, the company was formed, it seems, as a way to covertly lease planes w/out Rizvi’s name attached. Unfortunately for Rizvi, this lawsuit outed him. And his fake company.

16). Why would he hide this? Go back to the map of Peurto Rico, Necker Island, and Little St. James. And, consider that Rizvi is well-acquainted with Branson. And his island. 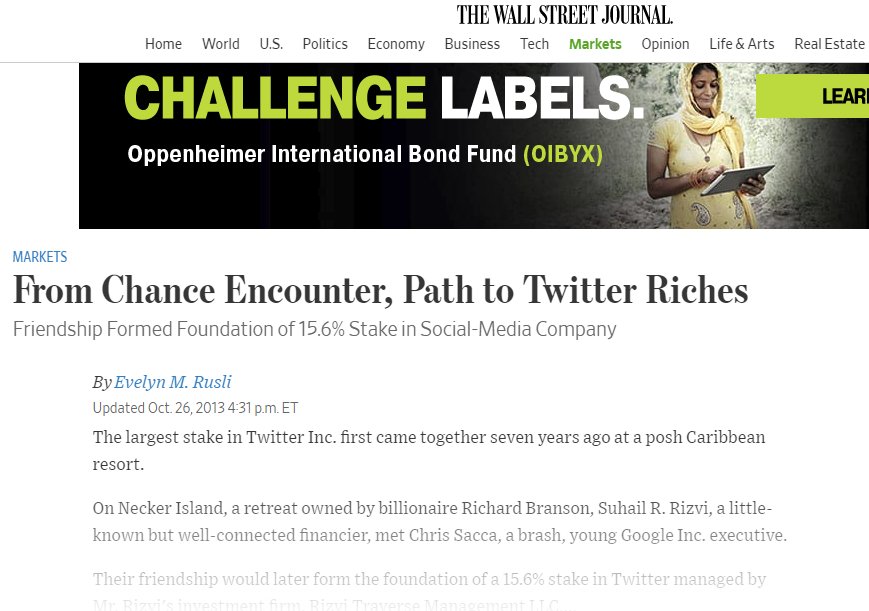 17). Much has already been written abt Epstein’s island. But, what abt Branson’s Island?

18). Well, this YouTube video tells us QUITE A LOT. First, notice the outside chessboard at 12 seconds in. Ring a bell? Q: “How about a nice game of chess” 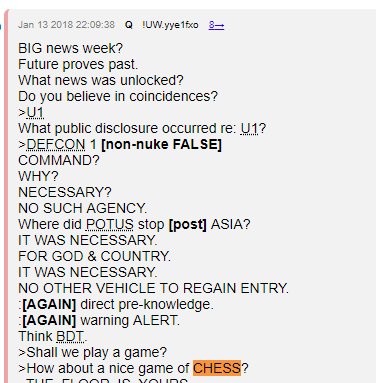 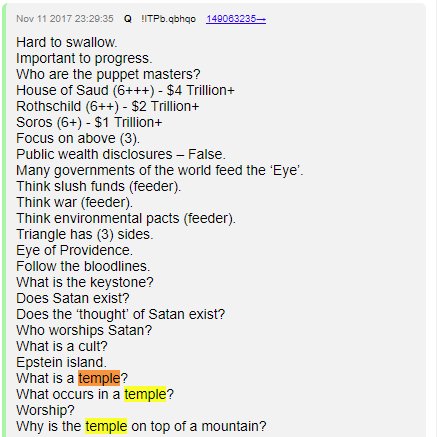 20). Summary: we have Rizvi w/ a fake airline biz in PR, used to lease jets, near-by his pal Branson’s Necker Island, which has a temple on it (a la Epstein), with Rizvi also being connected to Hollyweird, Hefner, Guistra, and the Clinton’s. END

Addendum: In case you’re confused abt the lawsuit… Rizvi, via Inter-island, leased a GE Capital Plane (yes, they lease planes), but Rizvi defaulted on the contract. Then it was discovered that Inter-Island isn’t a legit biz (no assets, no operations). it was a front.

Addendum 2: I have to admit… the Chessboard thing blew my mind. Wasn’t expecting to dig that up, at all.

3 thoughts on “Twitter, Rizvi Traverse, and other Clown-Operated Companies. #QAnon”