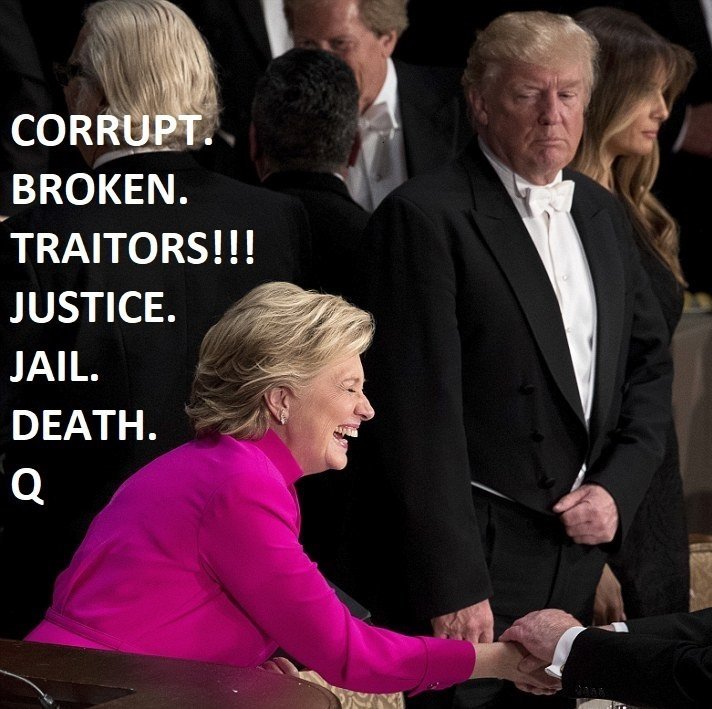 (For a long time, I struggled with explaining #QAnon to new folks. One day, after some posts went viral, I wrote this. It too, went viral, and I stickied it on my page, where it reached over a million people before the Zuckenning. A Legionary actually saved the text and passed it back to me. I updated one or two minor details, where appropriate):

(It’s since been become known as “Neon’s Quick Rundown:”)

I’m going to use my newfound reach to explain a few things to the public.
#Pizzagate is very much real, and never disappeared, and was never debunked.
Many Democrats, including the Clintons and the Obamas (but also well-monied, international power brokers) participate in a Satanic Death Cult that sacrifices, trafficks, sexually abuses, and even cannibalizes children.
I refer to these individuals collectively as “The Cabal.”
Hillary Clinton had #SethRich executed.
Obama had #JusticeScalia executed.
Many “good” politicians were blackmailed into submission by this cabal. They have recently been freed.
Military uncovered Obama and Hillary’s 16 year plan to destroy America and start WWIII – and almost pulled a military coup in 2013.
They held off for the 2016 election, and sought out a candidate who could help their cause – a last ditch attempt at a “peaceful” revolution.
If Trump had not won, the Military would have turned.North Korea is a Proxy country, run by the deep state.
It has had nuclear capabilities since 2004.
It has had ICBM’s since 2009.
Elon Musk and SpaceX is the force behind this.
Eric Schmidt, of Google, went to NK in 2013, and built a custom computer network there, allowing Obama Administration direct access to and control over NK.
Trump actually won the popular vote, some 70 million to 57 million. NSA counts put HRC’s voter fraud at 8.5 million, so her actual count is (currently), closer to 49 million.
Much of the media is controlled by the Deep State, through blackmail and through the continuation of projects such as Operation Mockingbird.
Much of the reporting by the MSM is coordinated through a system called “SecureDrop,” in order to control the narrative.
There are currently over 13,000 (Now 18,000+) sealed indictments. (An average year is about 1000).
There are also currently over 13,000 new jail cells in Guantanamo.
For over 60 days now, a military tribunal has been assembled, reviewing information regarding these high level cases, for the explicit purpose of assembling a Military Tribunal.
Why?
Because the courts are compromised with friends of the cabal. Even the Supreme court is compromised.
At least 3 SC Judges will be caught in corruption and be forced to step down.
Obama and Hillary and more will not be able to escape the wrath that is to come.
Many, many, many will be executed for the treasonous crimes about to be exposed to the general public.
Much of what I just told you is high level intel, only recently made public.
So many sacred cows are about to be slaughtered (especially on the Left), and not everyone will be able to handle it.