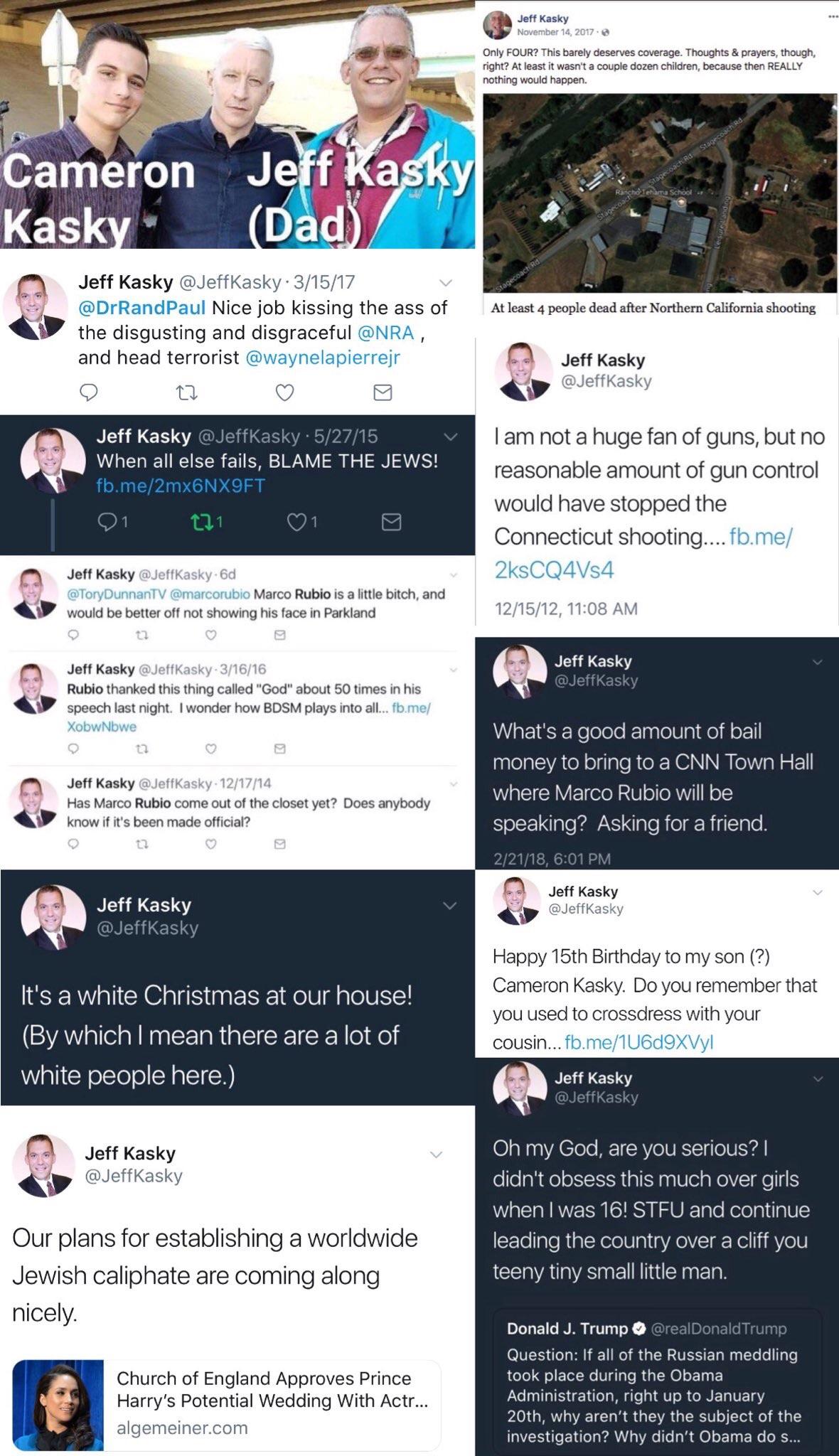 By now, we’ve all had to endure Cameron Kasky’s lispy lectures on repeat across the #LegacyMedia. But have you taken a look at his father’s recent tweets?

(Also, reminder that Jeff Kasky brought Haitian children to the US through one of the shadiest adoption agencies I’ve ever seen). Looks like he’s an Atheist, too.

And then, what a coincidence, we can see that the apple doesn’t fall far from the tree! 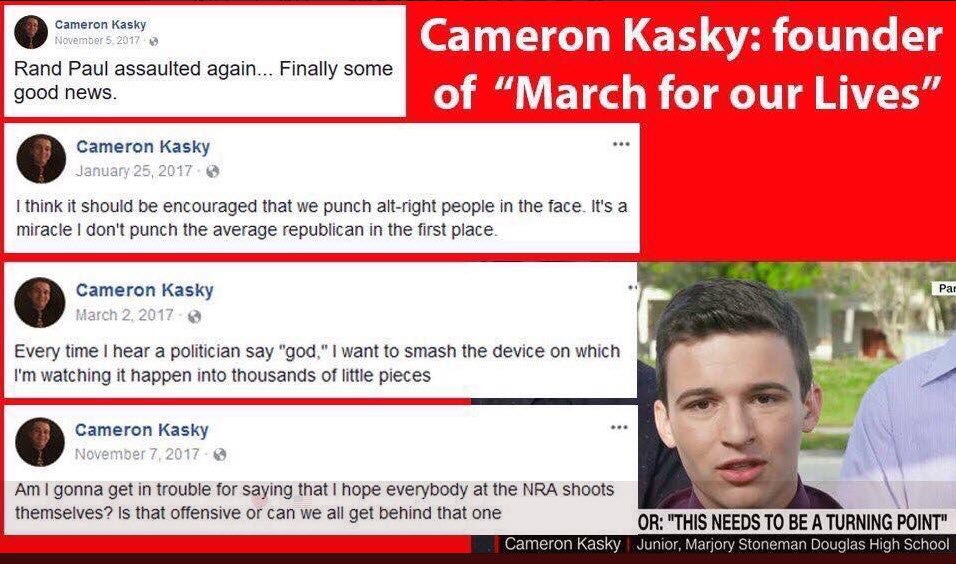