Before the Zuckenning, I pointed out that David Hogg;s use of an earpiece in his early interview, along with him practicing his lines. 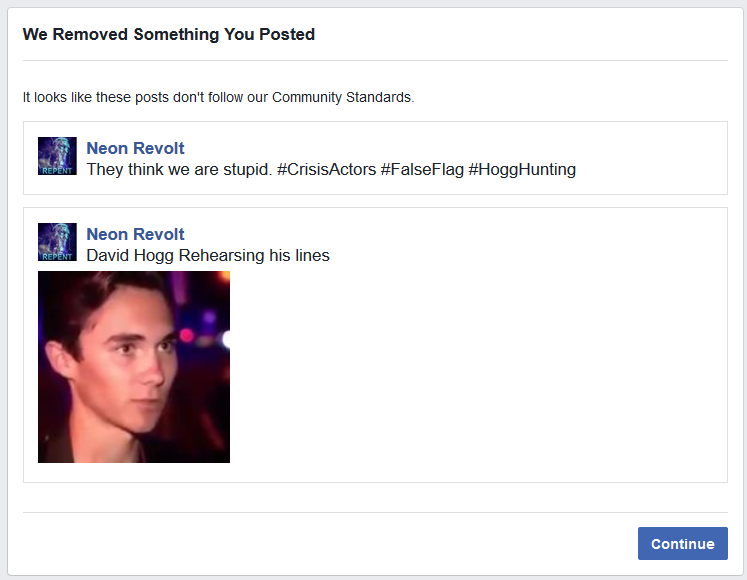 That post went viral before being Zucked, reaching well over 100,000 people. Some people in the comments screeched that it was normal for the interviewee to have an earpiece because it was a satellite interview. They weren’t in the same room.

I’d love to hear what they have to say about the photo above.

Also, anyone else getting a real… “Patrick Bateman” vibe off this guy?