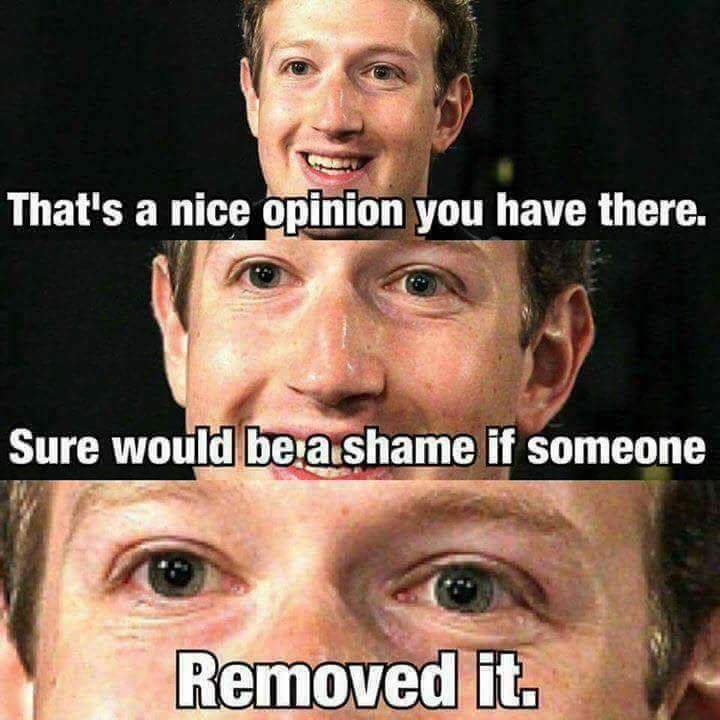 I should have taken a screenshot when I had a chance!

At my last count, there were over 9100 subscribers, and in less than one week alone, the page had reached over half-a-million impressions, (with it reaching 100k-200k on a regular, weekly basis).

That last bit, the ATH, I do have a screenshot of, actually. 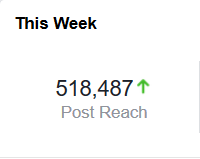 But it seems the powers-that-be didn’t like what we were doing too much. They had long used every trick in the book to contain us, until they finally pulled the trigger.

And like so many other “greats” before, Neon Revolt received the dreaded “Zuck”. 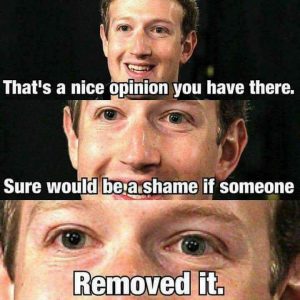 It’s amazing how Facebook keeps removing all these right-wing pages and posts, right? But that’s not to say they’re engaging in censorship. No, of course not. It just so happens they have their terms and conditions set up, along with an incredibly hostile and unresponsive team working there that, in all likelihood leans heavily to the Left. But it’s not censorship. Facebook doesn’t engage in censorship. Nor Twitter. Nor Google. Behold your benevolent Silicon Valley overlords.

But this is not where the story ends.

No, every time they sabotaged my page, I redoubled my efforts. And each time, the Legion grew. If you’re here, you know that to be true.

This is no different.

Welcome to the new home of Neon Revolt.

I previously said I was unzuckable. Now, this is truly the case.

I am no longer reliant on Zuckerberg’s spy platform.

I can speak freely here, without having to mince words or worry about the PC-police knocking down my door.

And the best part is… SO CAN YOU!

It’s my hope that this page will function for you much in the same way the facebook page had, if not better. And yes, I want you to share these posts across as many platforms as possible.

I was always amazed at how many people came to the page to read the comments on the articles. It’s a testament to how smart and funny you guys are, and I’m not just blowing smoke. I always loved reading the comments and tried to respond whenever appropriate. Needless to say, the comments section is now open, and the great part about this system is you can use whatever platform you like to leave a comment. Sign in here, or use Facebook, Google, Twitter, whatever. They’re all still readable and will interact with each other. Such are the wonders of modern publishing platforms.

I’ll also be keeping an active social media presence on Gab, Twitter, and perhaps a few others (I know I have a Minds and a Myspace account… but I’m not really using them these days). I have to set a few things up here, but my posts should be mirrored on Gab and Twitter.

If you haven’t followed those accounts yet, please do.

There’s also a Contact page linked in the menu above, in case you need to reach me that way, for whatever reason.

And finally, one last bit to unveil…

You probably noticed the link in the sidebar. I’ve debated whether I should open one for a while, considering facebook had a messaging platform all its own, but now, I have no excuse not to. And until a more viable, open option comes along, discord it is. I can’t say I’ll be speaking very much, but I definitely will be hanging out in the servers and interacting with my Legionaries there.

Join up. Tell me a little bit about yourself, and I’ll manually add those who make the cut to the ℕEOℕ LEGIOℕ, opening up a whole host of rooms and options.

Again, you’ll find that link in the side-bar.

Just so you guys know, running a site like this can be expensive. Really expensive.

I’m not complaining, of course. I’m going to innovate around it.

T-shirts are always available, if you want to support me and the site directly. 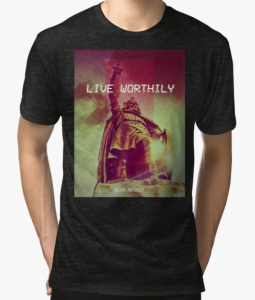 In fact, to celebrate the launch of this site, I’m putting all my products on Redbubble on sale! I can’t give an exact percentage for everything, but the basic gist is I cut my markup in half, which cuts a few bucks off pretty much everything. If you were on the fence before, it’s a great chance to pick one up now.

Likewise, I’m not going to be running ads on this site, because ads suck, and they’re almost all tied in to companies I don’t like, or products I don’t endorse.

But recently, a viable alternative has cropped up in the form of crypto-mining, using your reader’s spare CPU cycles, and I want to be really transparent about what’s happening here.

Now, basically what that means is that I use your spare computing power to mine cryptocurrency to support my efforts with the site. It’s a little snippet of code that runs seamlessly behind the scenes when you open the site, and as long as you remain on my page, it crunches some numbers for me using your spare computing power. When you leave the site, the process ends. Simple as that.

Furthermore, to put you in more control, you can disable this if you like. I would prefer that you didn’t because I could really use the support, but if you must, scroll down to the widget on the bottom of the page and simply press the stop button.

But again, the more you support me, the more I can do, and this is a painless, seamless, easy way for you to do so that doesn’t really cost you anything.

I think that’s a fair trade-off for not running any ads whatsoever.

It’s great to be back, and you can be sure I’ll be updating this page just like I used to update the old Facebook Page.

It’s the dawn of a new era for Neon Revolt and the Neon Legion.

Thanks so much for coming along for the ride.

I can’t wait to see what the future holds for us.